This ASUS GL553VE with a 1.56-inch screen and an 8th Gen Intel Core i7-7700HQ processor, and an NVIDIA GeForce GTX 1050 Ti graphics card, 4GB video memory, 8G of RAM, 128G SSD + 1TB mechanical hard disk. This video card level is lower than the GeForce GTX 1060, But certainly higher than GeForce GTX 1050, so the relative game players, there will certainly be a better experience.

Unlike other models, the GL553VE uses a black and red appearance, the A side and the keyboard area designed a number of parallel and irregular dark red lines, these lines seem to bring to the machine some visual impact. However, the whole mold basically no change. The A side with a gloss surface, more easily contaminated with fingerprints, but also more afraid of scratches. 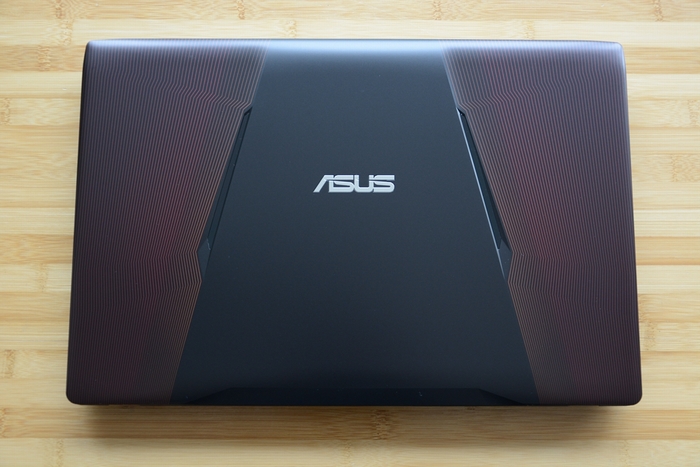 ASUS GL553VE body thickness of 3.0cm, not really thin, but we also understand the game laptop are relatively heavy. 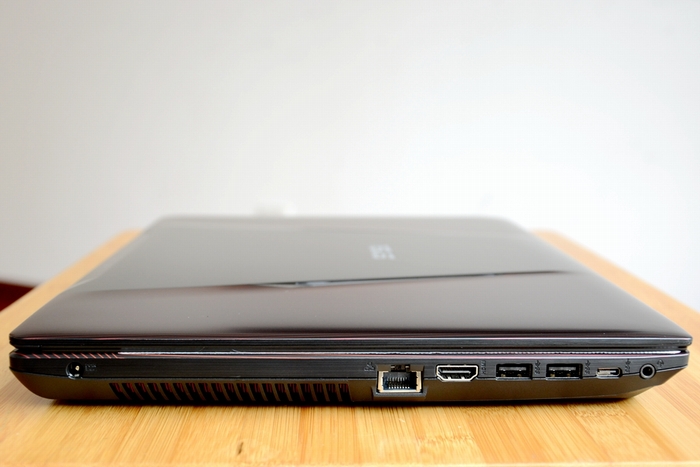 The right side of the laptop is only a USB2.0 port and a DVD burner. I believe that now very few people have used the drive. If there is more demand for storage, you may wish to add a hard drive in the location of the DVD drive. 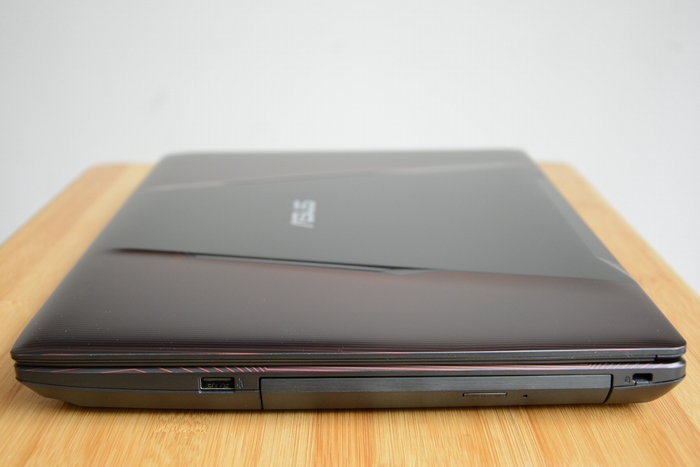 The front of the fuselage is the LED status light, and the SD card slot and the speaker system on both sides. 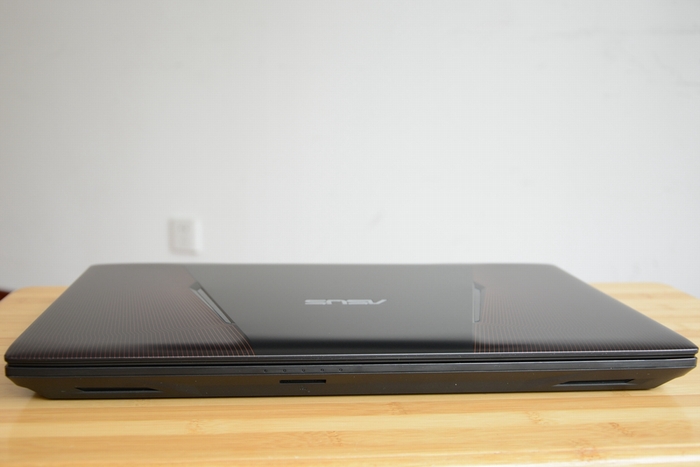 Remove all visible screws from the bottom case. 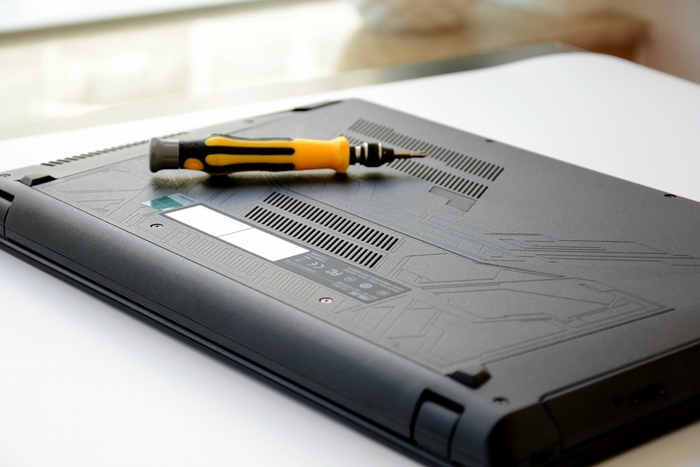 If you are the first time to dismantle the laptop, be sure to note that the visible screws are removed, the middle of the case there is a rubber pad, gently pry open, there is a hidden screw. After the screw is screwed off, the rear cover can be easily opened. 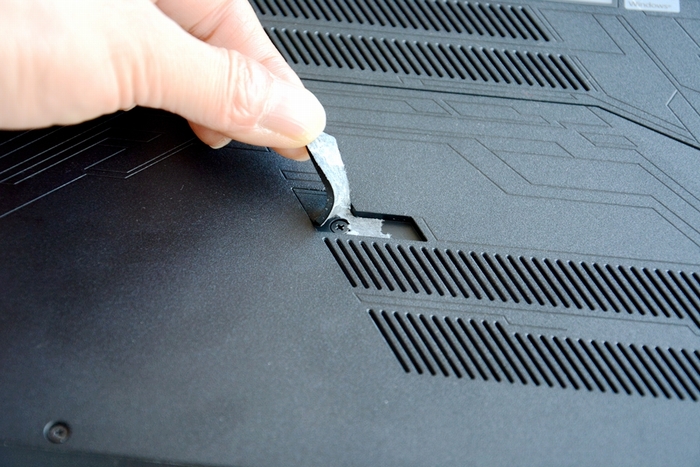 Pry the bottom case from the lower right corner with a guitar pick or a card. Please do not use a metal piece or screwdriver, use these tools will damage the bottom case. 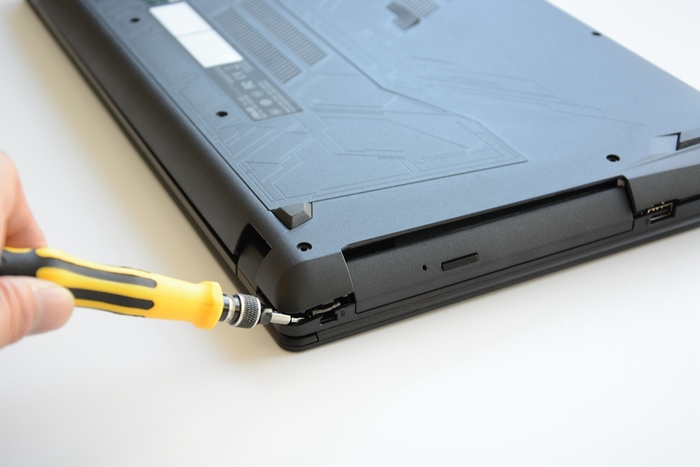 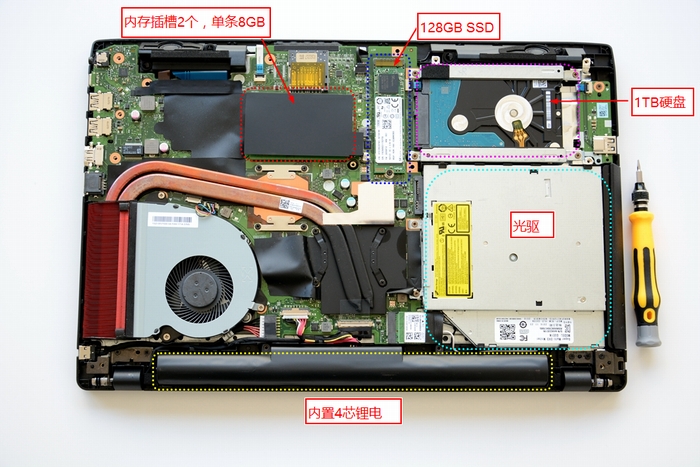 2. Removing the battery and DVD burner

Disconnect the battery connector from the motherboard and remove the battery.
Remove two screws securing the DVD drive and remove it. 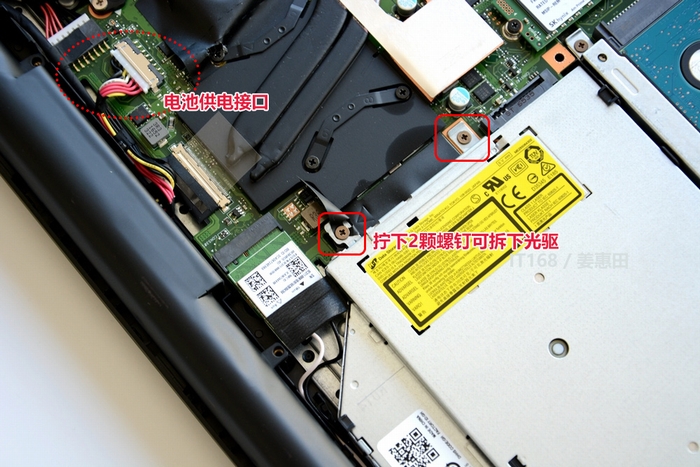 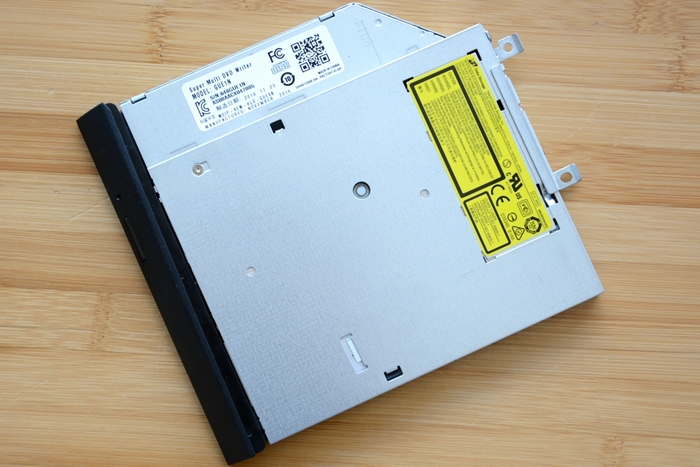 Here’s 4 cell Li-ion battery, the battery life should not be very long. For the game laptop, 4-cell battery is relatively small. 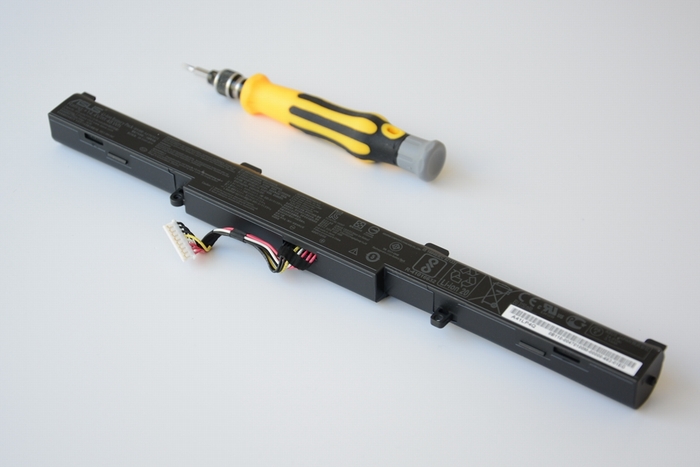 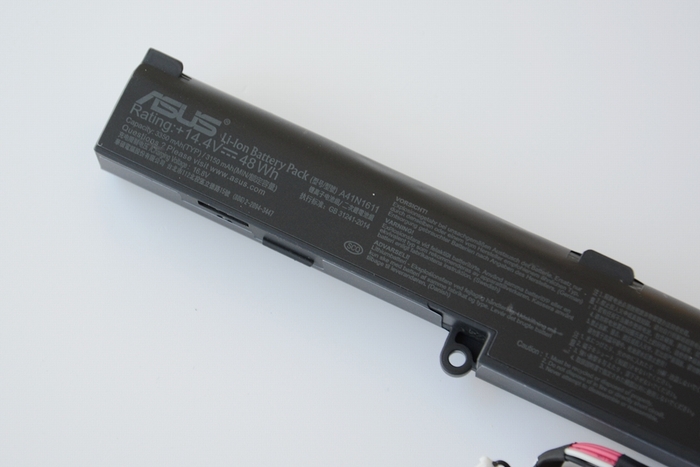 Remove the screw securing the SSD and take it out of its slot. 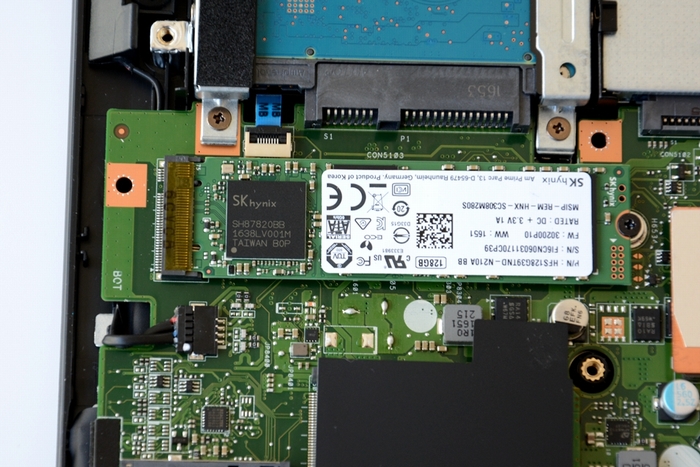 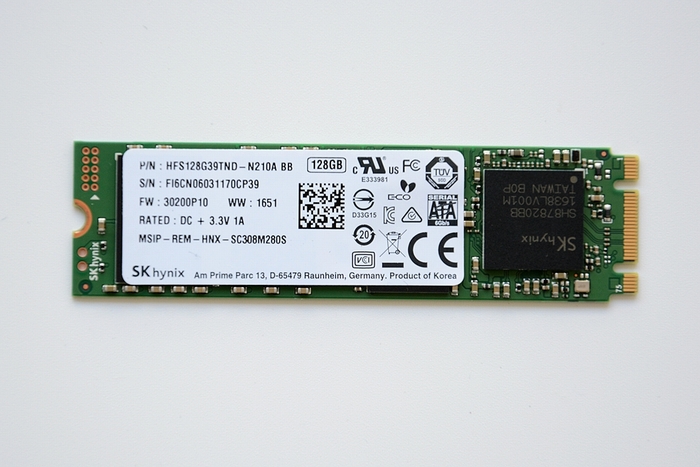 Remove four screws and take out the hard drive module. 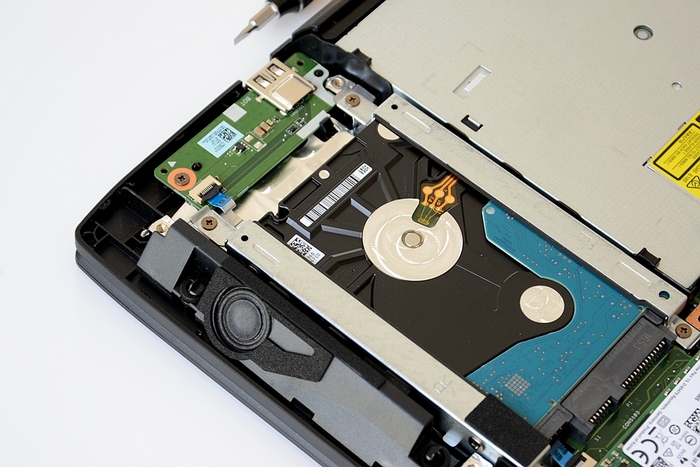 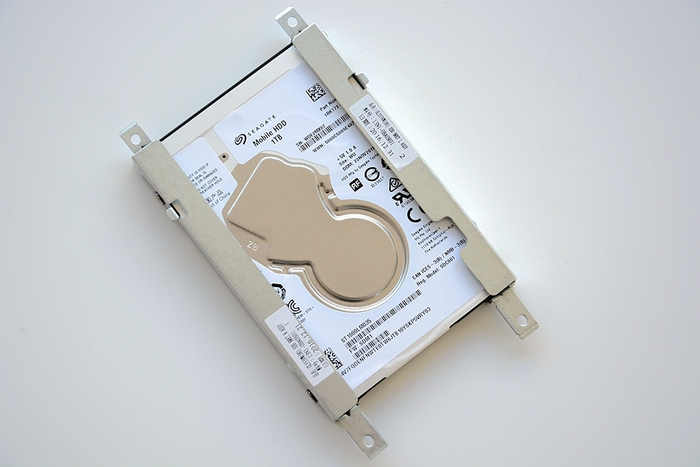 ASUS GL553VE has two RAM slots and support up to 32GB RAM.
The laptop comes with an 8GB DDR4 RAM. 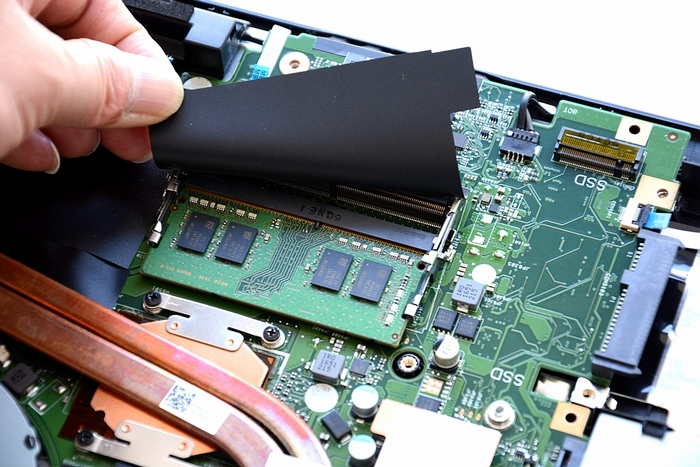 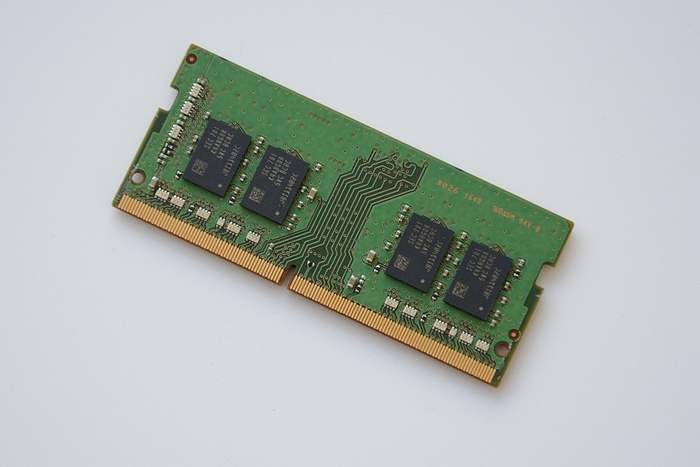 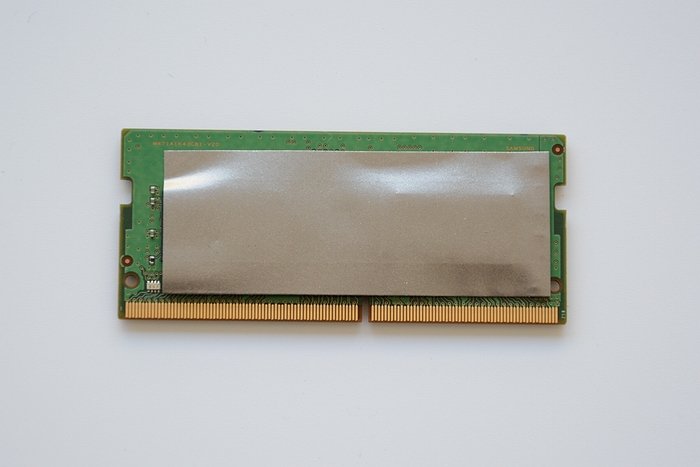 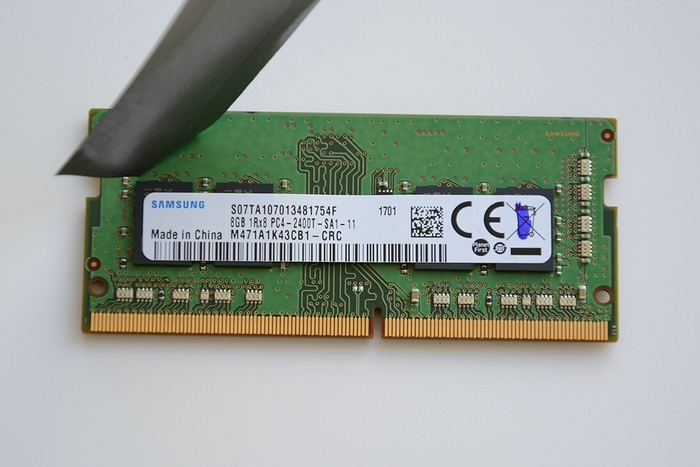 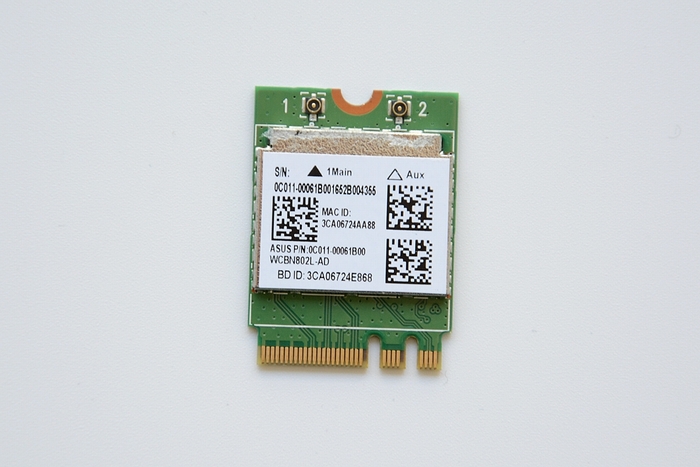 The basic hardware is removed. Is relatively simple, no trouble. 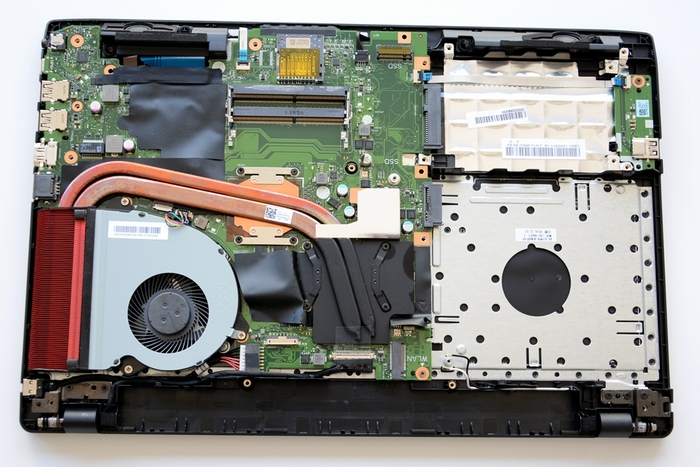 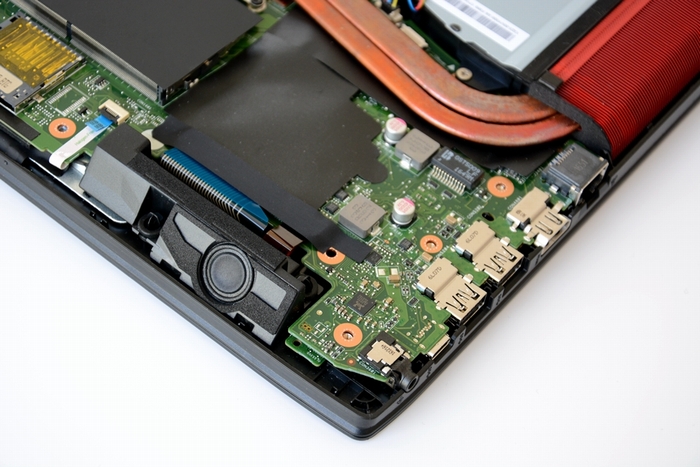 Remove the screw and disconnect fan cable from the motherboard. The cooling fan is relatively large, and the wind is relatively strong. The actual test results are also good. 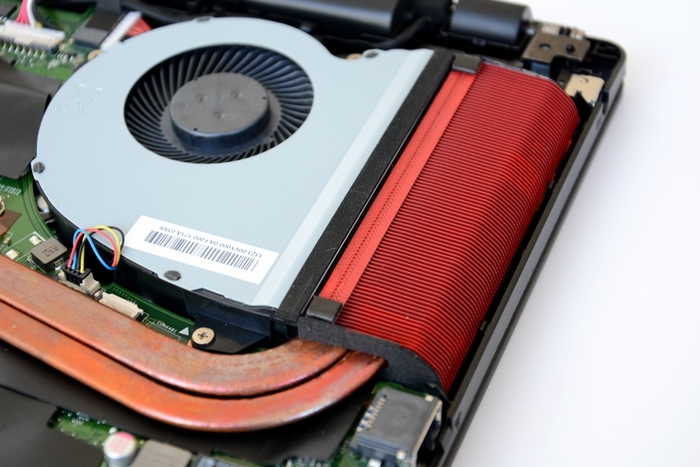 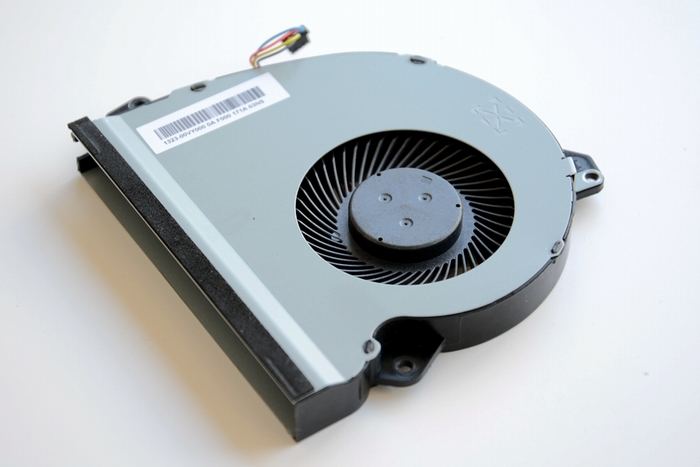 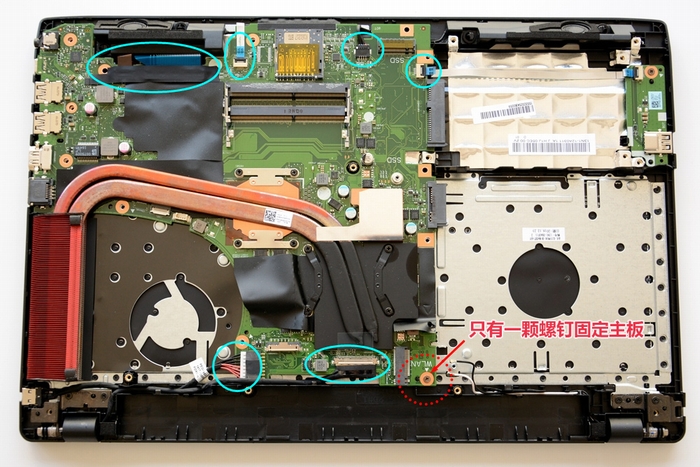 Green motherboard, the cooling system covering a large area of the motherboard 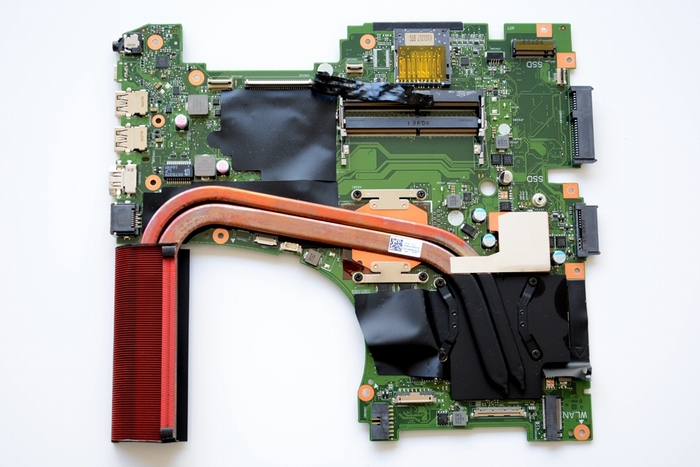 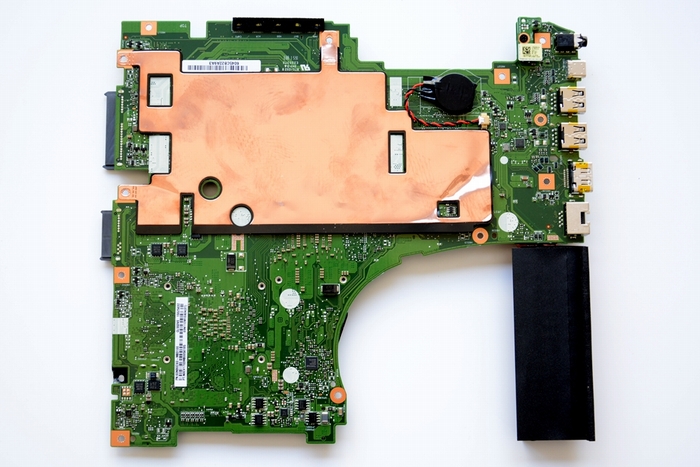 Unscrew the screws on the processor and graphics card. You can remove the heat sink. You can see all the parts covered with the thermal grease and thermal film. 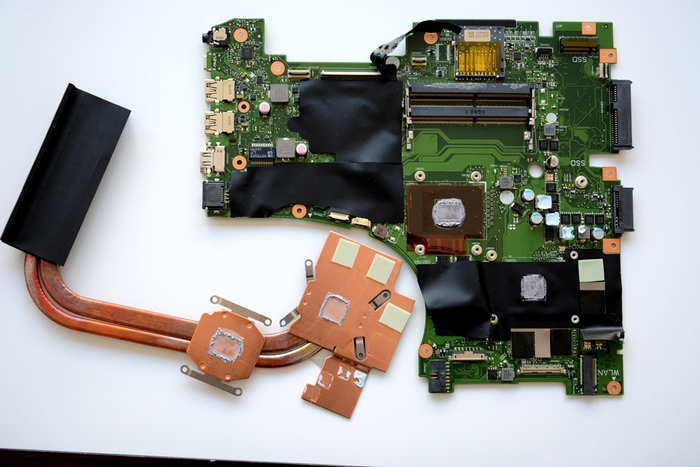 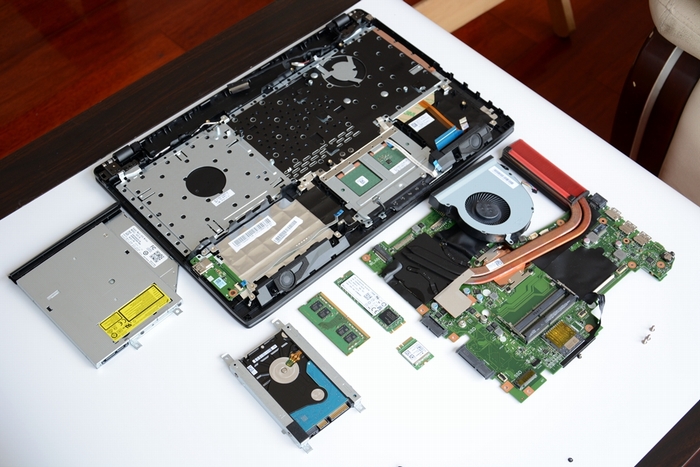