Dell Latitude 7370 is Dell’s first no cooling fan, no vents business notebook, in addition it has a narrow frame, long key travel, fingerprint recognition and weight of 1.19kg, thickness of 14.32 mm is also very easy to carry. Tell the truth, this is basically a collection of Dell Latitude 7370 notebook highest existing technology, although the price is not close to the people, but it is good in terms of quality. In particular, no vents, no cooling fan design is to be worthy of your attention.

It is equipped with an Intel Core m CPU, up to 16GB of RAM and 512GB of M.2 SSD storage, two Thunderbolt 3 USB C ports for super-fast data transfer. On the security front, there are a plethora of options such as built-in smart card reader, fingerprint sensor, Intel TPM chips and Intel vPro processors. 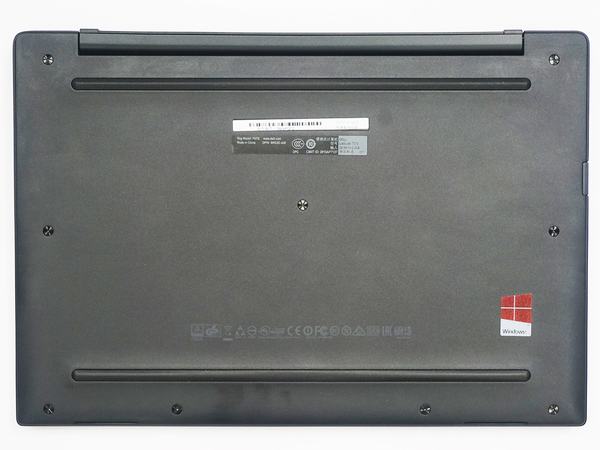 There are three copper sheets on the back cover, which are used to cover the SSD, memory, processor and USB ports, and its main role of heat sucked into the rear cover to complete cooling. 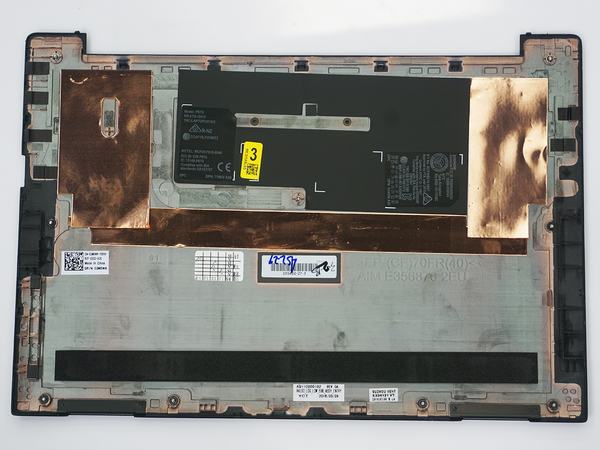 The back cover of the Latitude 7370 is also covered with a sponge cushion, which is to fill the extra space due to paving the copper strips to protect laptop battery stability. 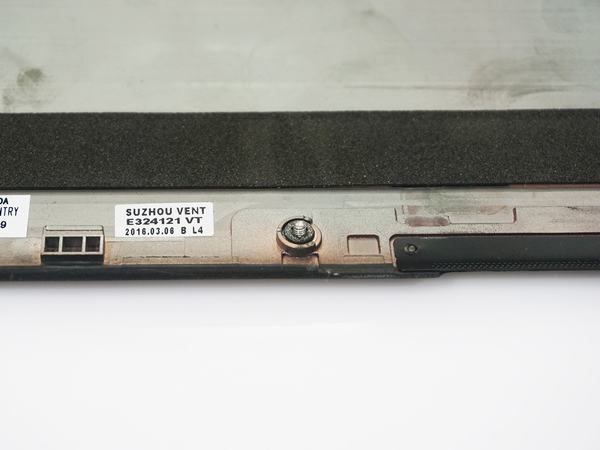 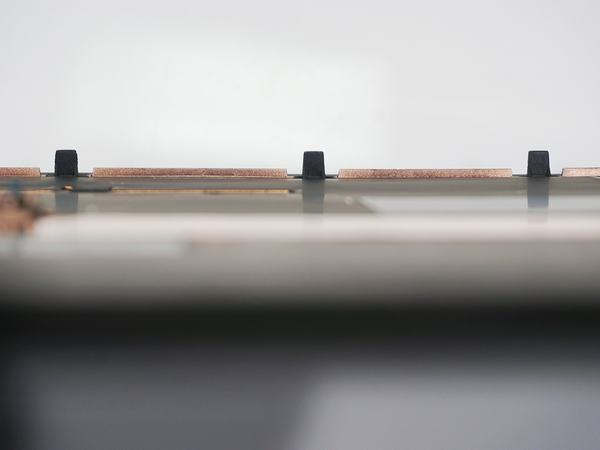 Almost all the internal components were covered by the heat sink. 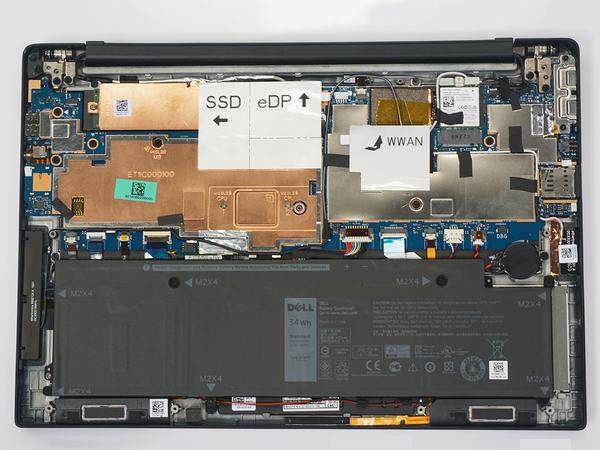 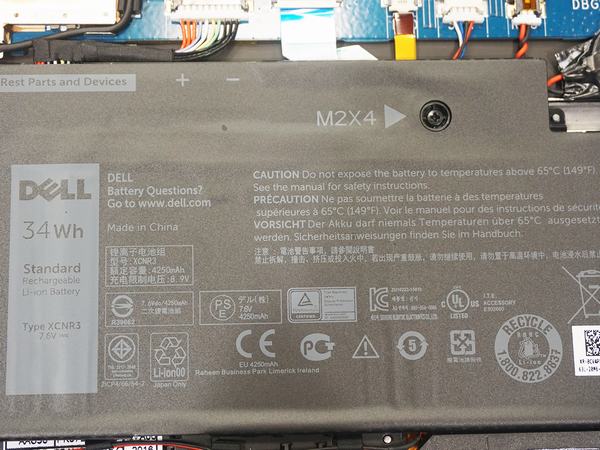 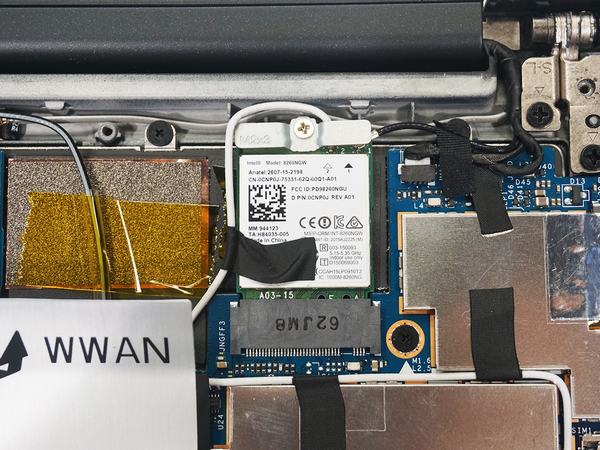 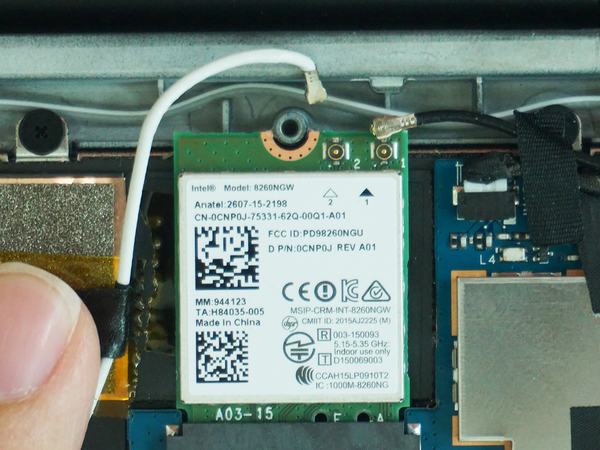 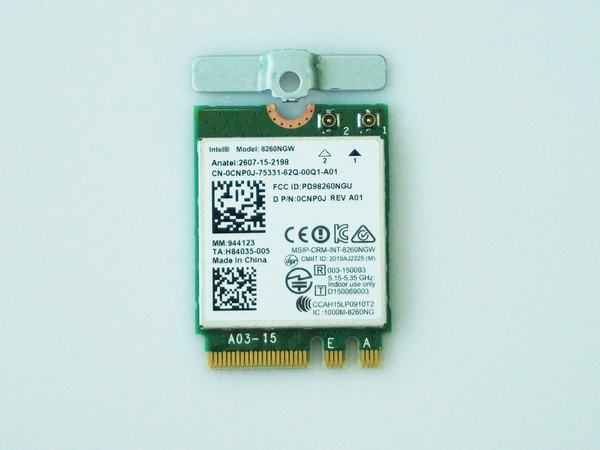 Remove the screw securing the SSD and heat sink. 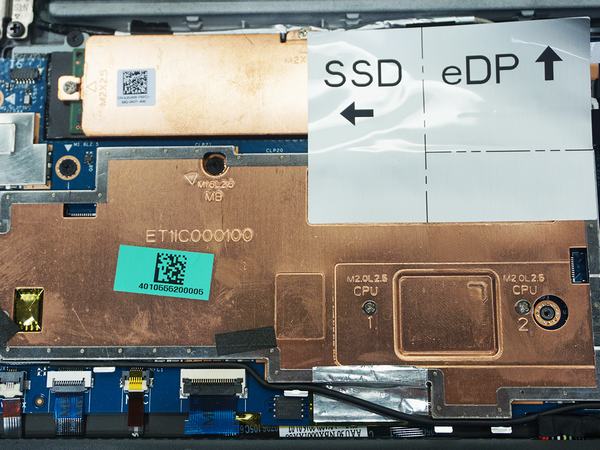 Remove the heat sink. You can access the SSD. 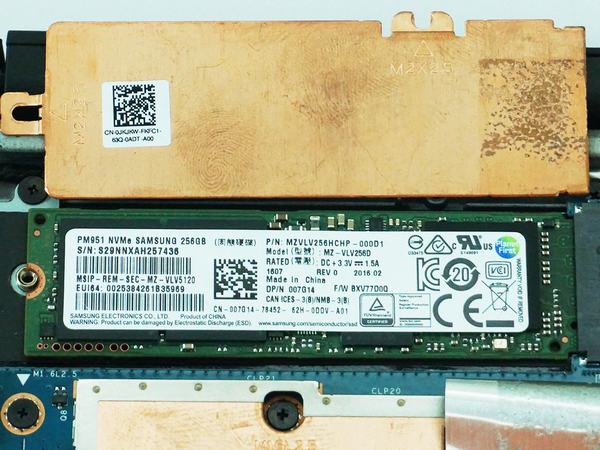 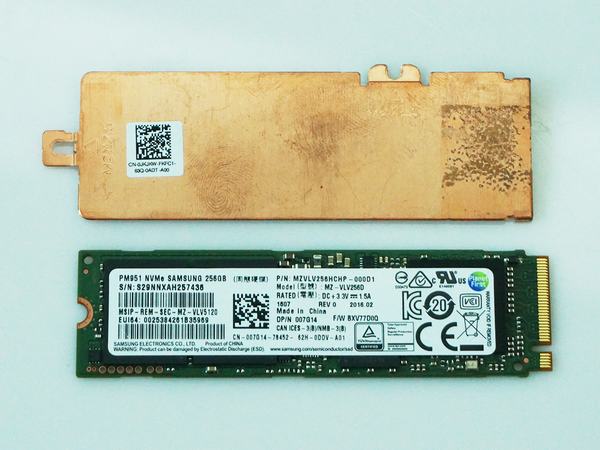 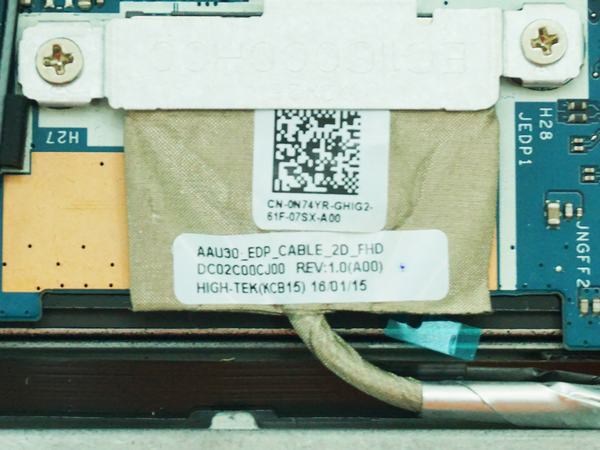 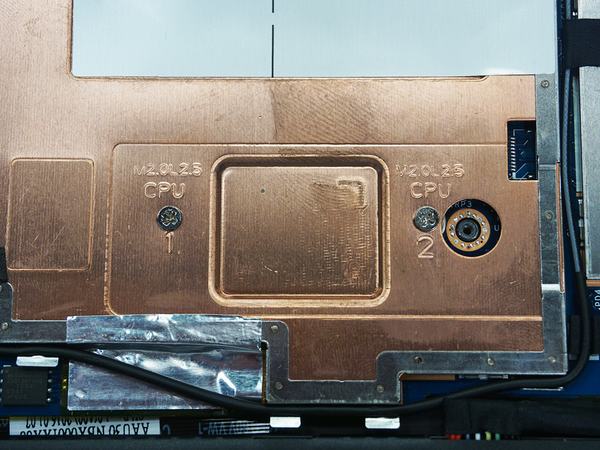 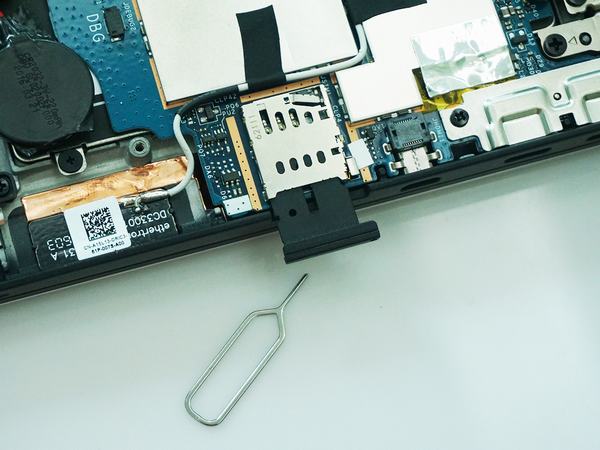 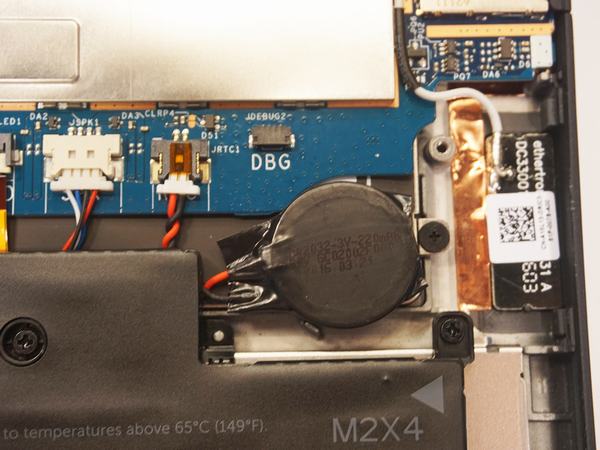 The USB board is also covering with a heat sink. 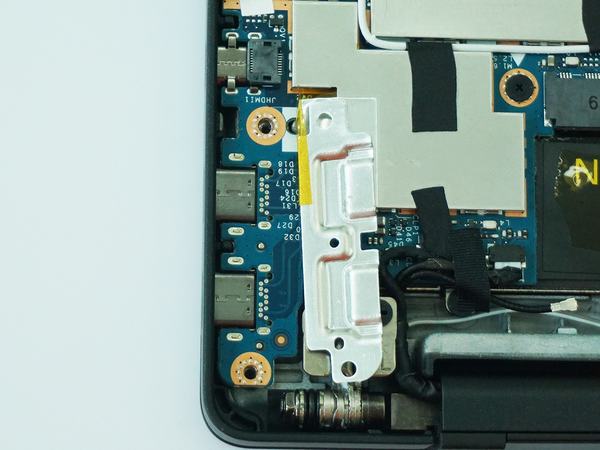 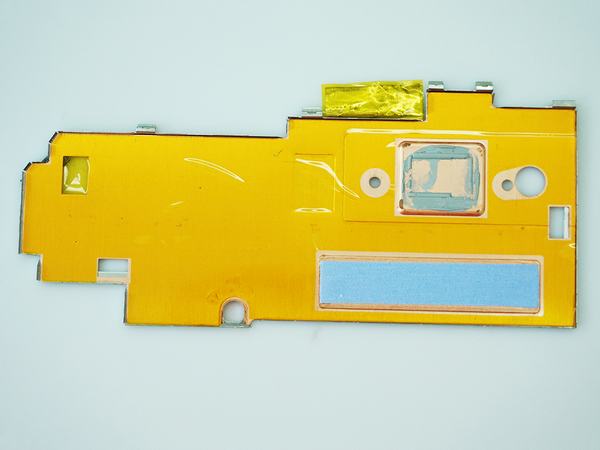 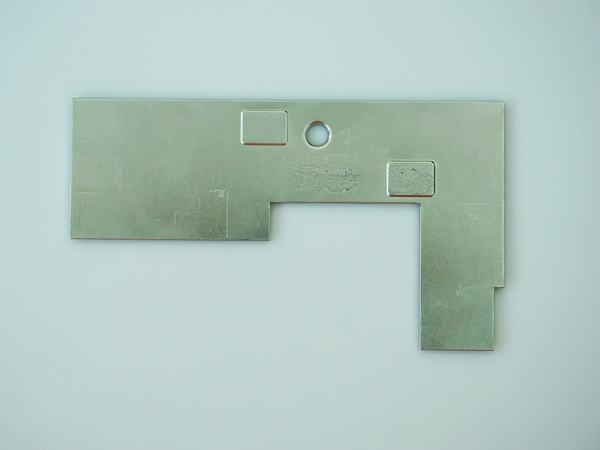 Under the motherboard, you will be able to access the keyboard. 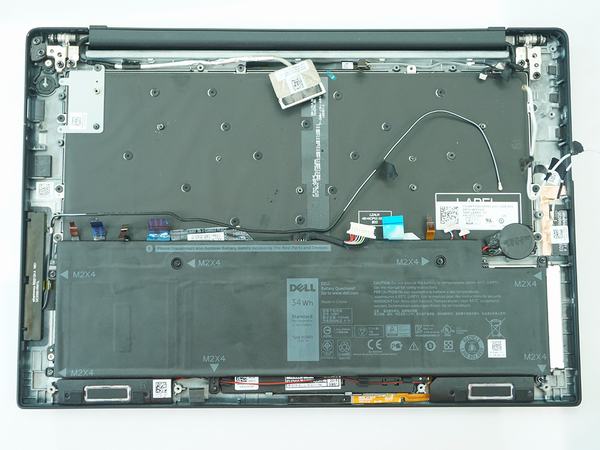 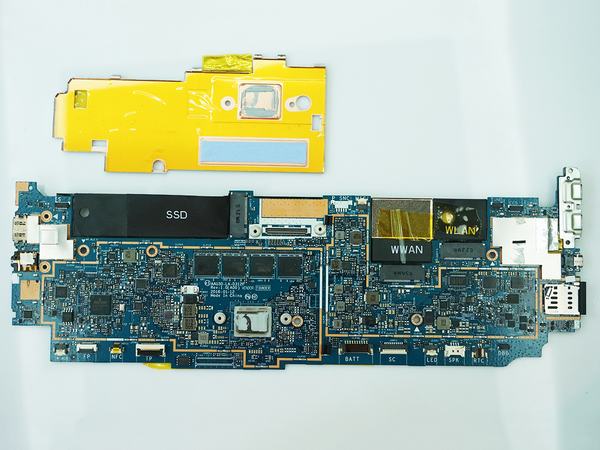 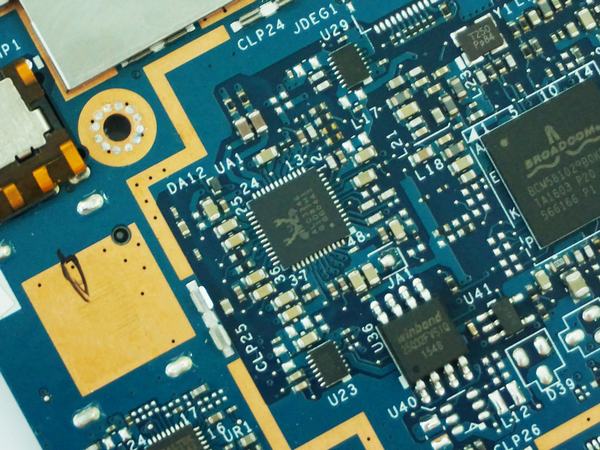 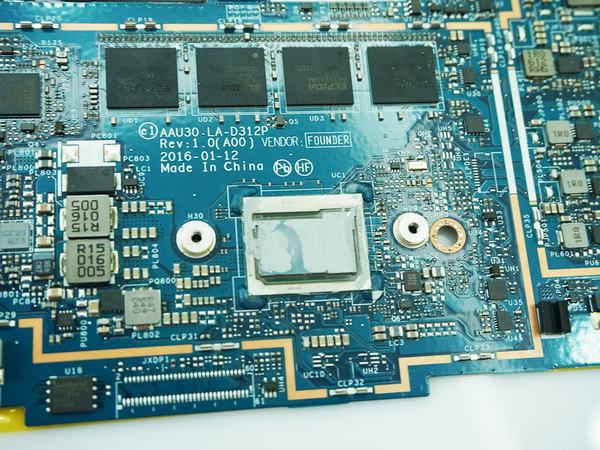 4GB ELPIDA RAM chips is soldering on the motherboard. The laptop has no spare RAM slot, so you cannot upgrade RAM. 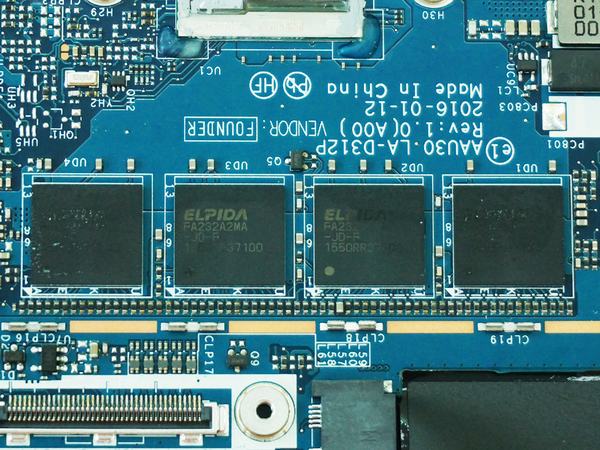 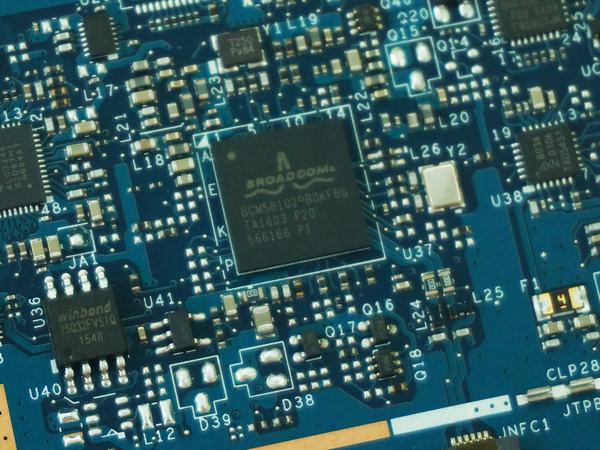