In this guide, I will disassemble a Dell Precision 7720. I will remove the bottom case and battery cover to remove the battery, RAM, SSD, Wi-Fi card, keyboard, graphics card, cooling fan, heat sink, and motherboard.

The bottom of the Precision 7720 is divided into two parts. Approximately one-third is the battery cover, and the upper part is the base cover. The left and right slightly smaller pane is the main intake window of the cooling fan, and the two larger panes near the center correspond to the memory slot position and the dual M.2 slot position.

It is important to note that the four pads on the four corners of the bottom case, its shape makes it very easy to clean up. Its material is relatively tough hardened rubber, pressed by hand without any deformation. 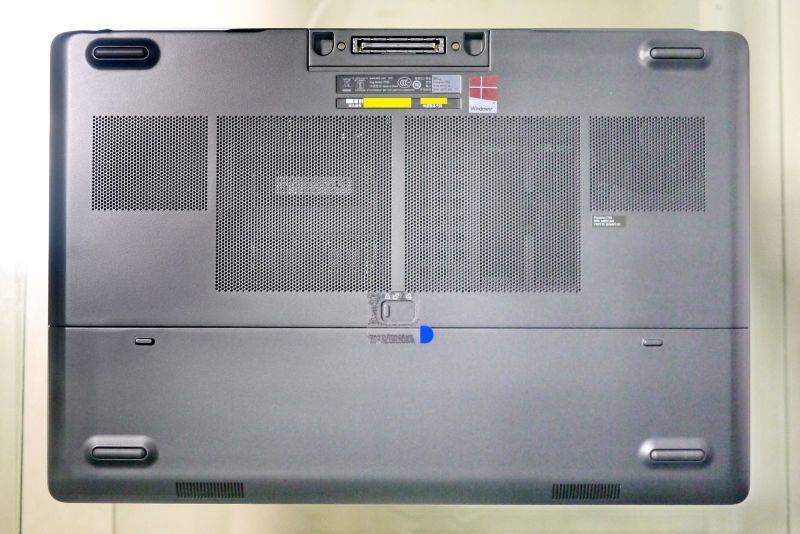 On the right side of the bottom case, there is a small label below the small heat dissipation pane. The above is marked Precision 7720, along with DPN and CMIIT ID. 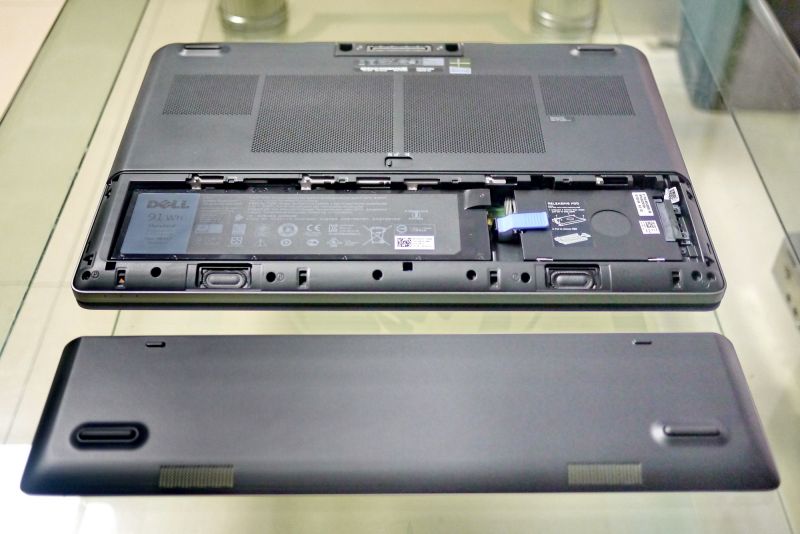 Unlock the latch and remove the battery cover. 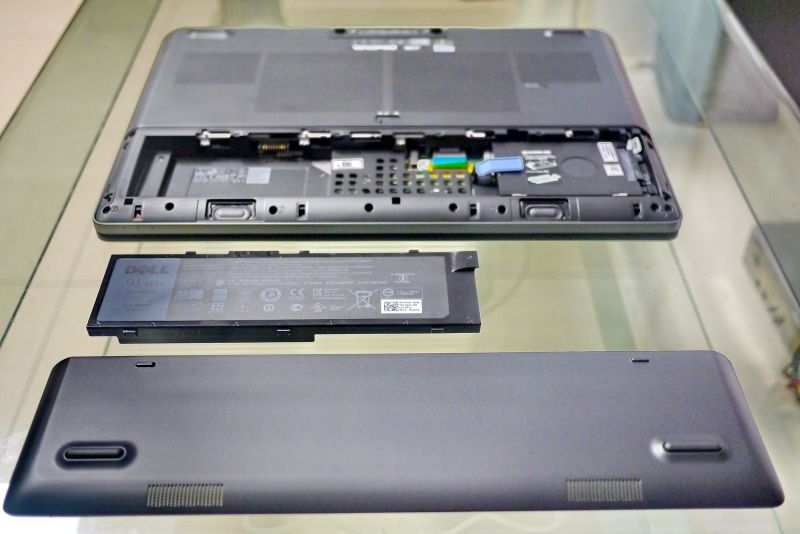 Slide the lock again to the right and reach the rightmost battery icon position. At this point, the battery is ejected, and the battery can be removed. 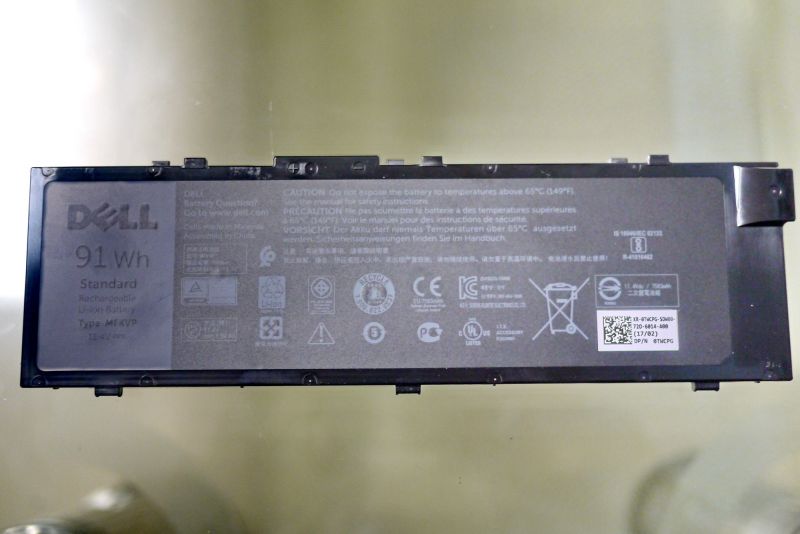 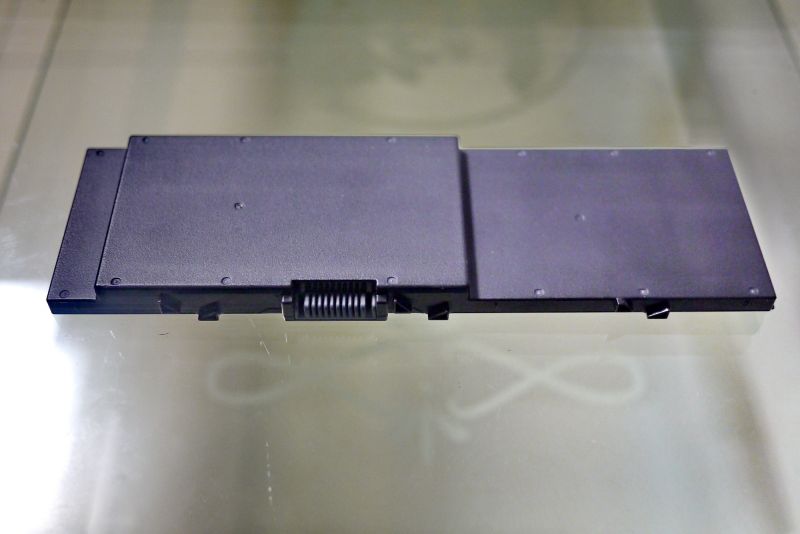 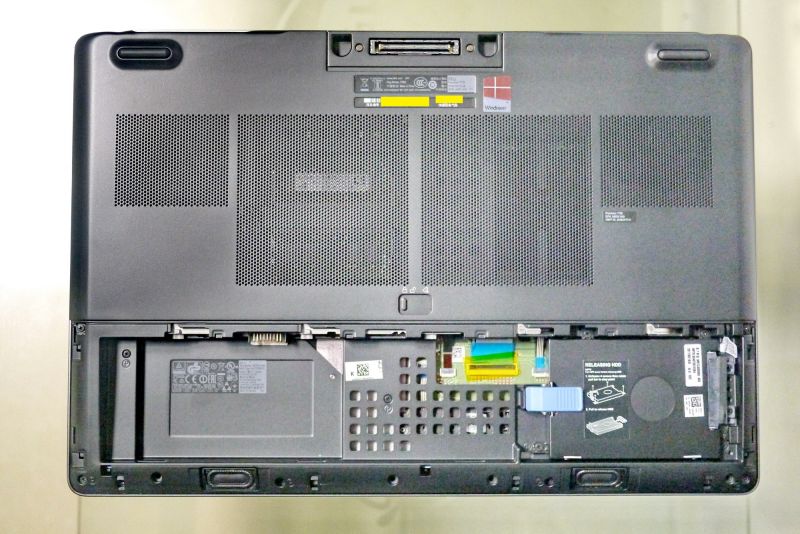 Carefully observe the top of the battery compartment inside the sticker, in addition to a variety of certification mark, you will find the following information: DELL Reg Model: P29E, Reg Type No: 29E002, DP/N: BY1X9 A00 DPC. 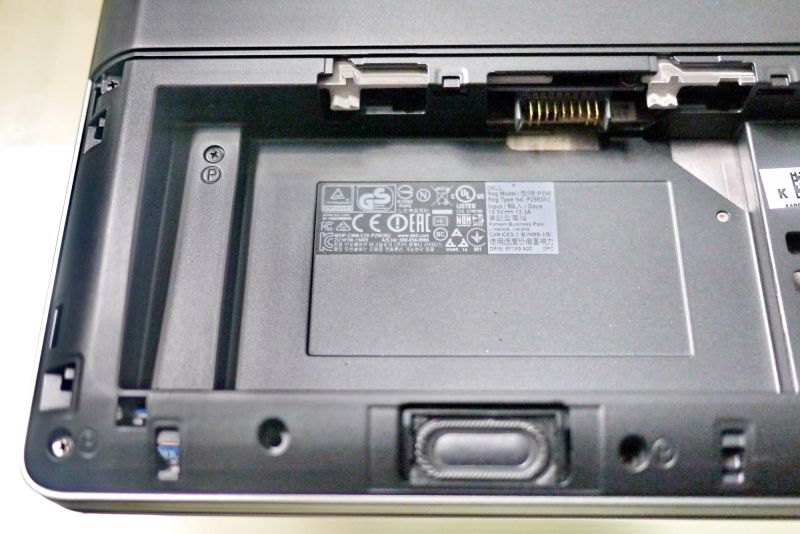 The hard drive bay of my Precision 7720 is the same as the previous generation Precision 7710. It can be quickly plugged. 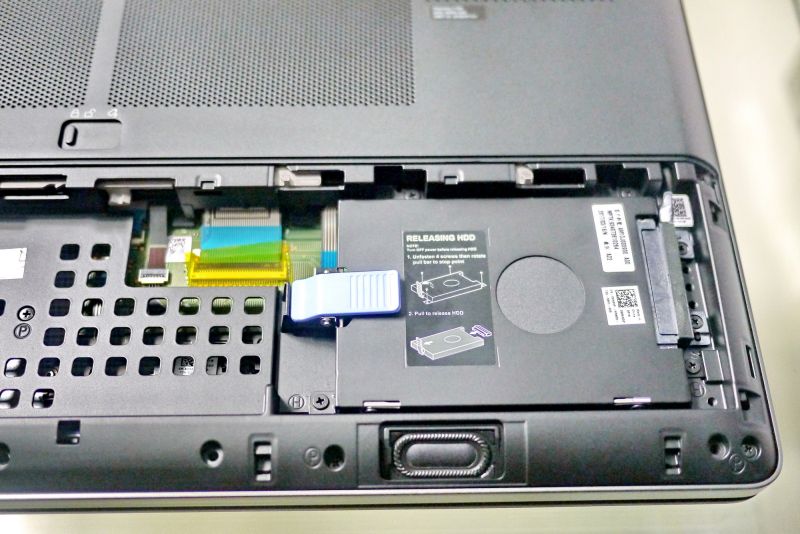 Remove four screws securing the hard drive module.
Slide it to the right and remove it. 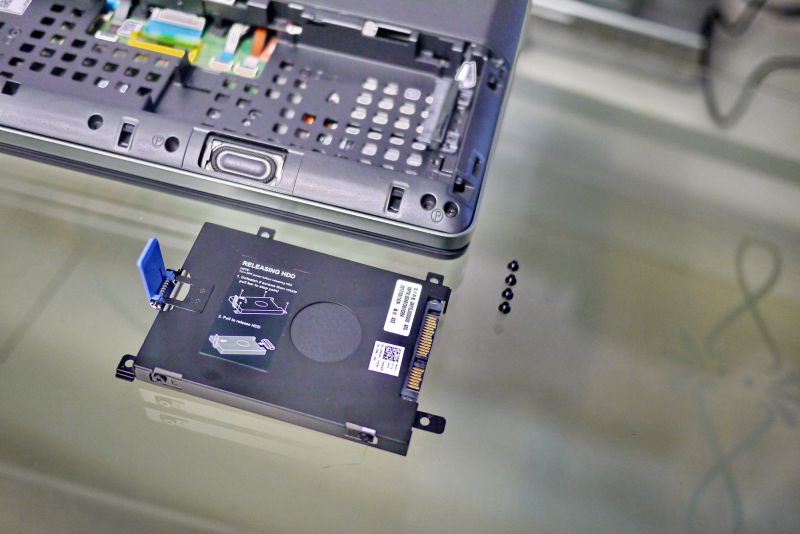 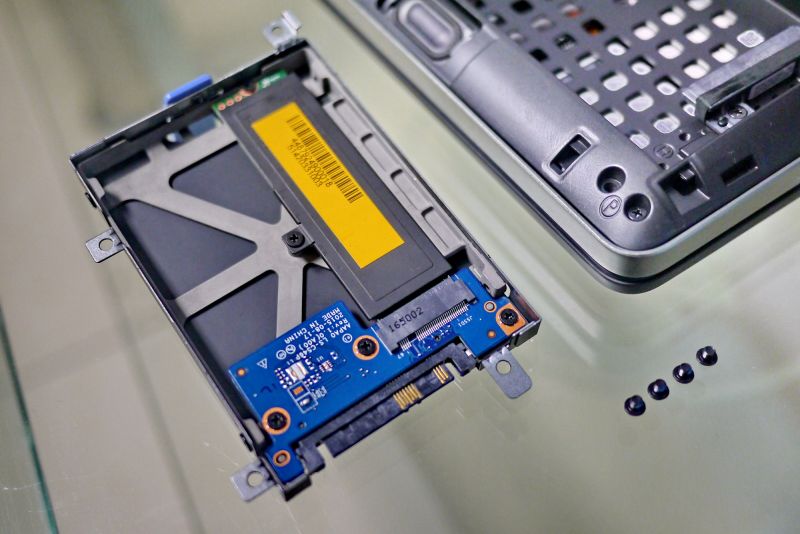 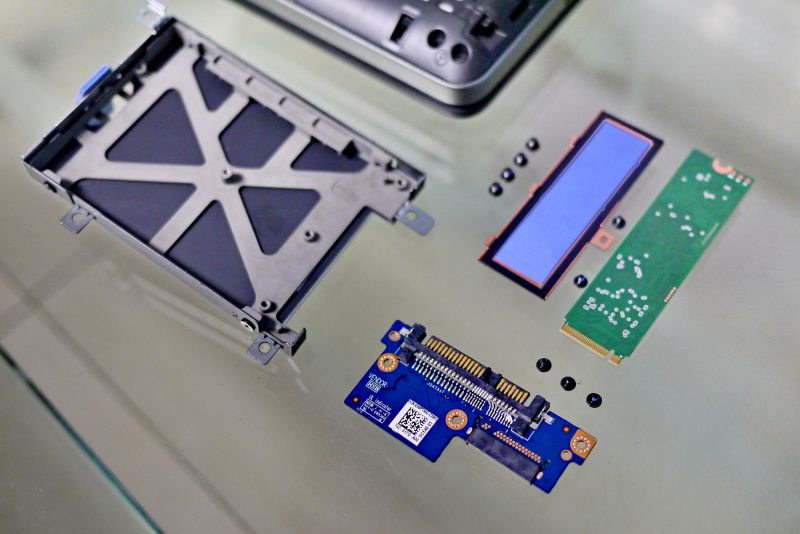 Intel originally tried to merge the two SATA 3.0 interface, theoretically get 6Gbps +6 Gbps = 12Gbps bandwidth, but found that there is a problem of backward compatibility, and the cost is high. So changed to use the PCI-E channel can theoretically be completely irrelevant to the original SATA. SATA express using the PCI-E 3.0X2, with the theoretical 16Gbps, which has greatly improved the 6Gbps of SATA 3.

Take a look at this M.2 to SATA express adapter board. The gold finger on the front SATA express interface is distinct from the ordinary SATA interface. It has more than 3+7 gold fingers, and the length is not uniform.

It is also possible to see the version Rev:1.0 (A00) marked on the circuit board, the manufacturing date of 2015-08-17, from this point of view, which should be the same version as the previous generation Precision 7710, which appeared on the market in 2015. 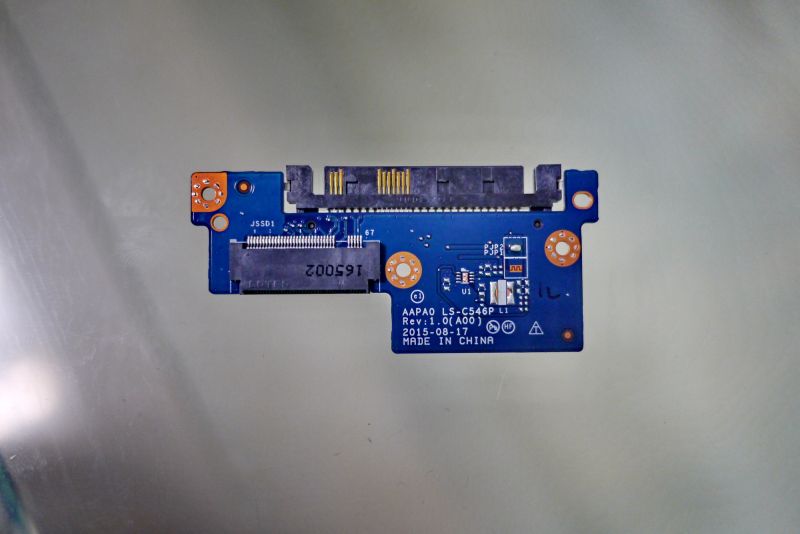 In the back of the adapter board, the number and arrangement of the 15+7 gold finger, and SATA are same — this is why the SATA express compatible SATA, so why, Precision 7720 is also perfect to install and use 2.5-inch SATA hard drive. 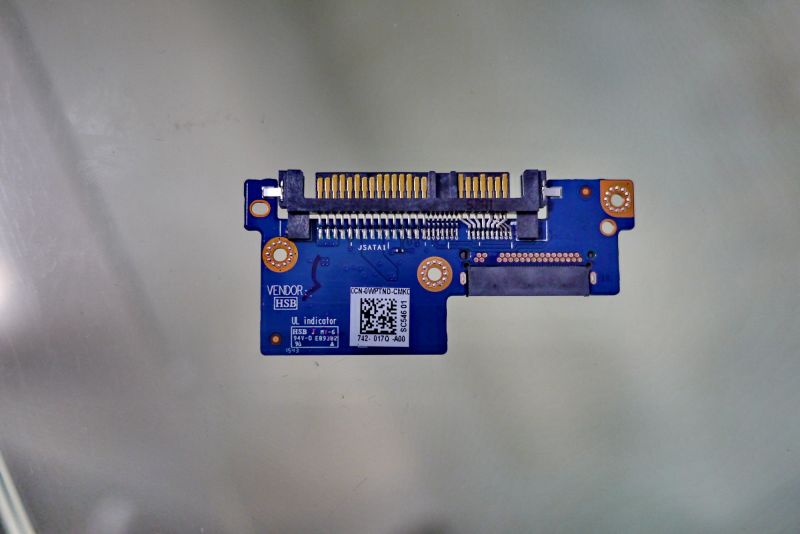 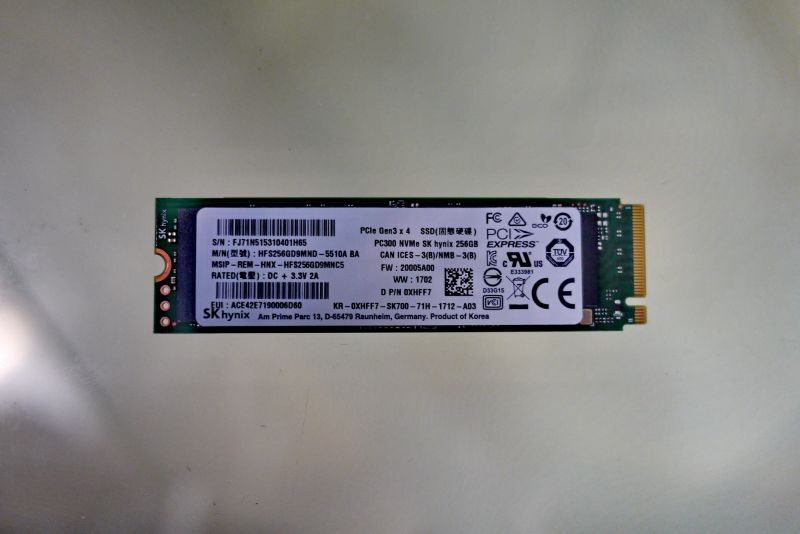 The PC300 NVMe SK Hynix 256GB is single sided design, so there is no part on its back. 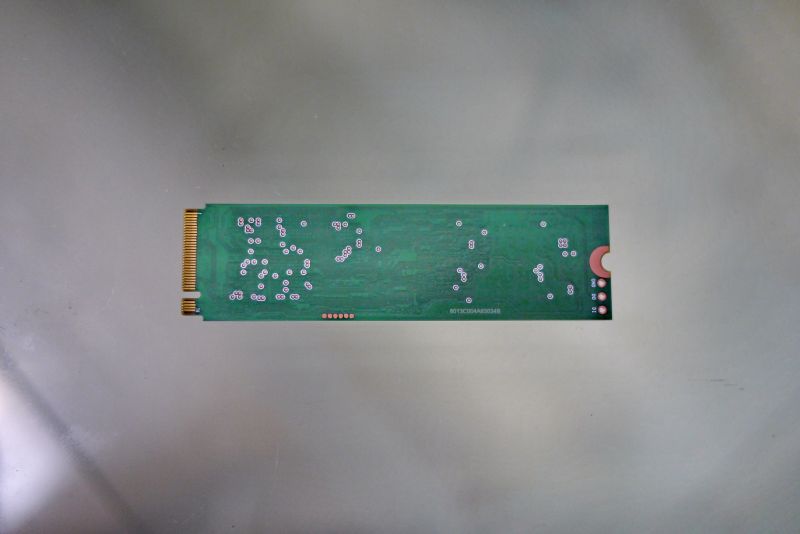 There is a heat sink covering the SSD, the material should be copper, and there is a layer of blue thermal grease on the heat sink. 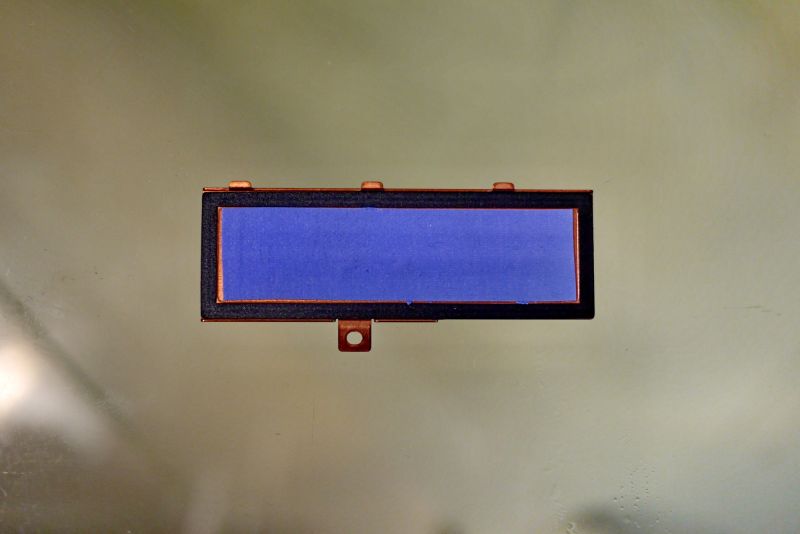 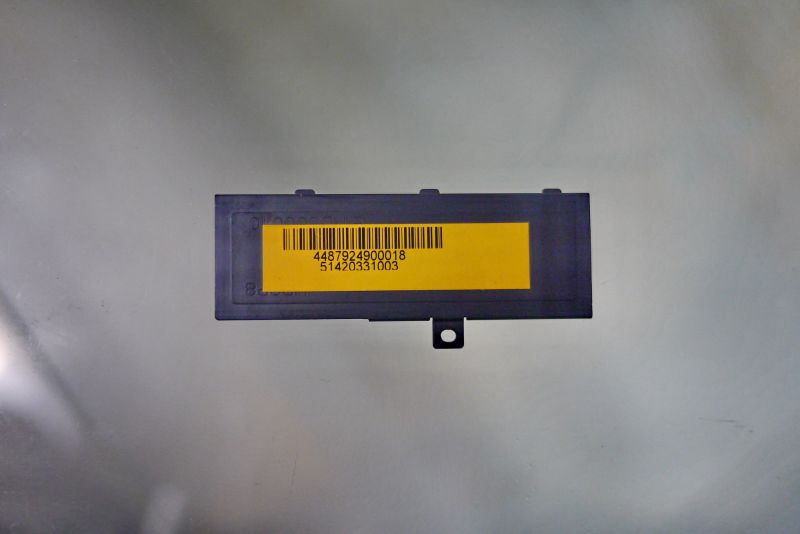 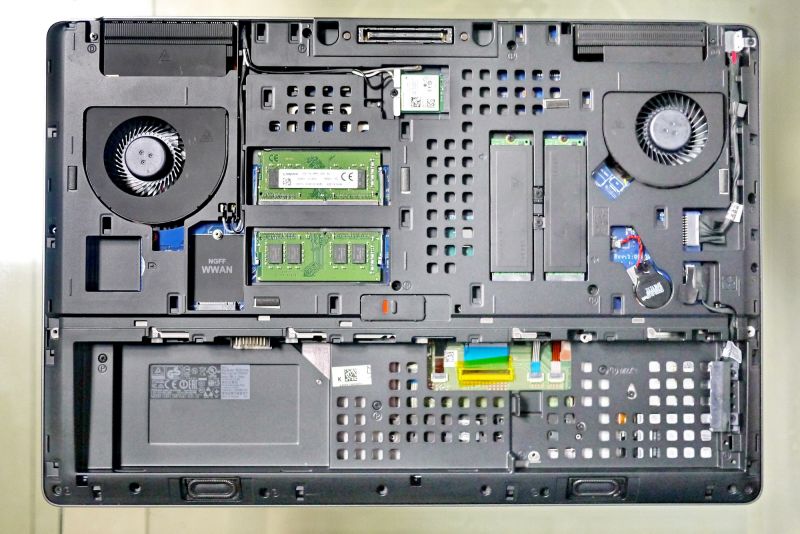 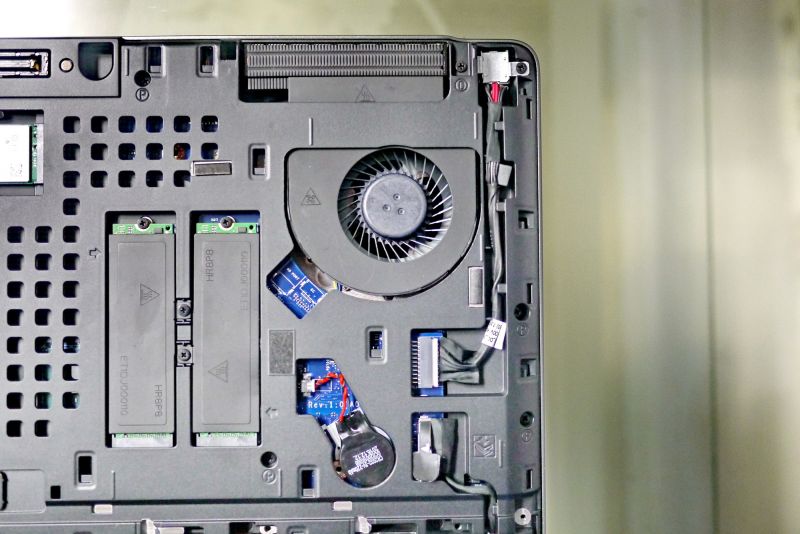 In this picture, we can see the CPU cooling fan, wireless card, WWAN M.2 slot, and primary memory module. 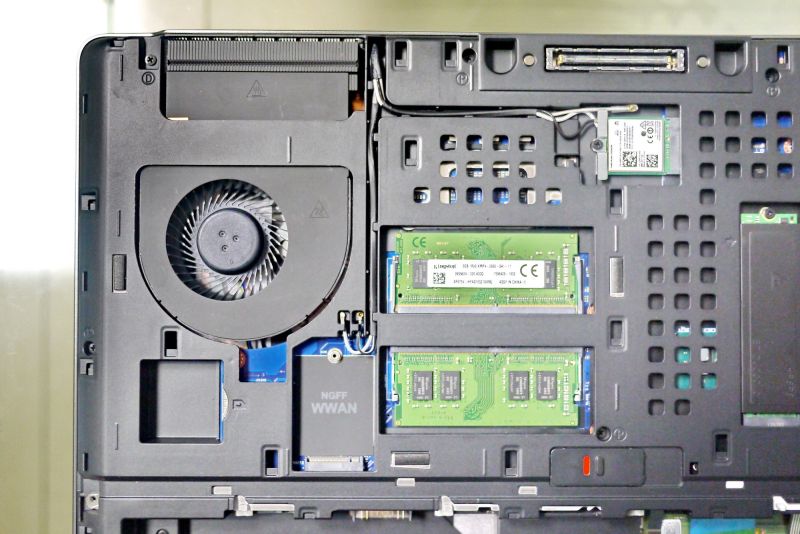 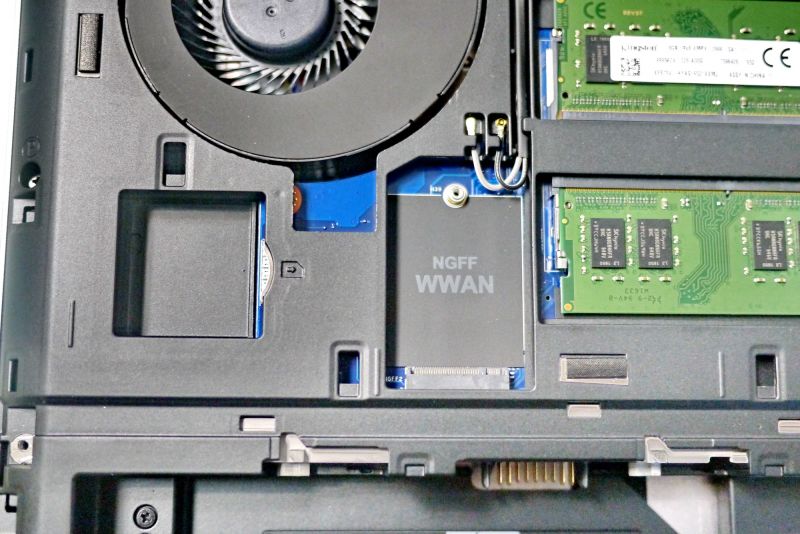