The Dell Vostro 14 5471 belongs to the Vostro series. The notebook boosts round design on two sides and bevel process on front and back, which makes it highly distinguished. Three surfaces of the Dell Vostro 5471 adopt anodized aluminum, which improves notebook’s toughness. Besides, the metal surface of the notebook has been processed by sandblasting technology for several times, which brings it the excellent texture.

The Dell Vostro 14 5471 for test adopts silver and dark blue contrast color match, which brings vigorous visual experience. Besides, the notebook also provides rose gold and brown contrast color variant. In this way, the user can have more optional. The thickness of the whole device is about 17mm, and it weighs 1.76kg. Among 14-inch notebooks, the laptop belongs to the light and thin type which is easier to be carried.

The long distance between keys and soft keys make it less possible to press the wrong key. Besides, the keyboard has 2 level of backlight adjustments, which means the user can keep regular typing under dark condition. 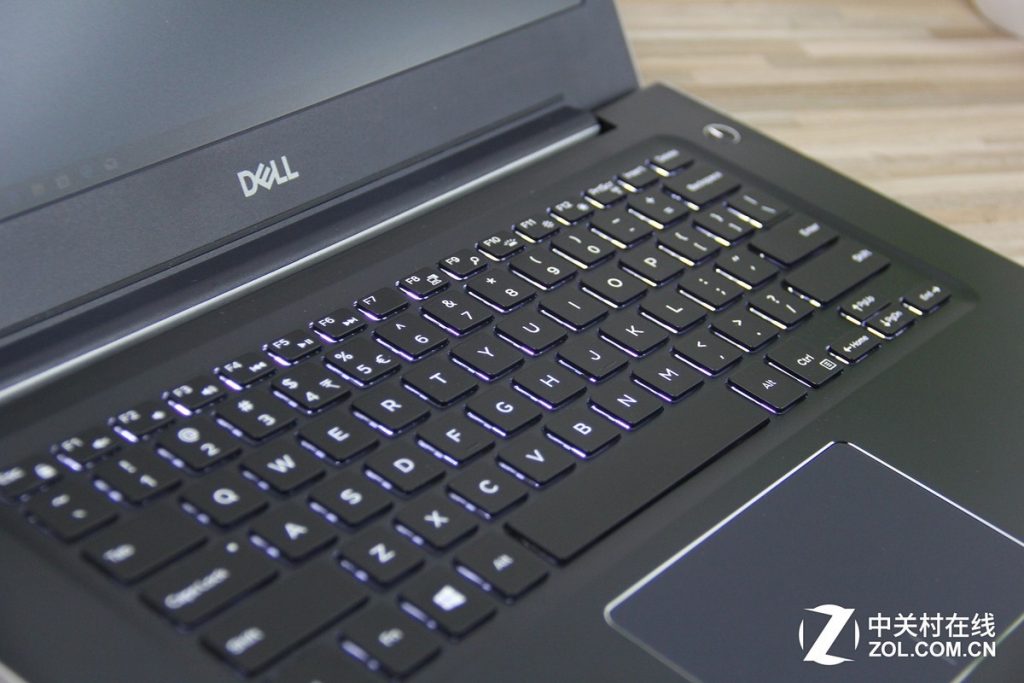 The Dell Vostro 14 5471’s stereos speakers locate at the bottom of two sides, and it brings good stereoscopic effect. The notebook has built-in WAVES MaxxAudio Pro, which can not only improve output sound but also provides the excellent 3D effect for earphone users. 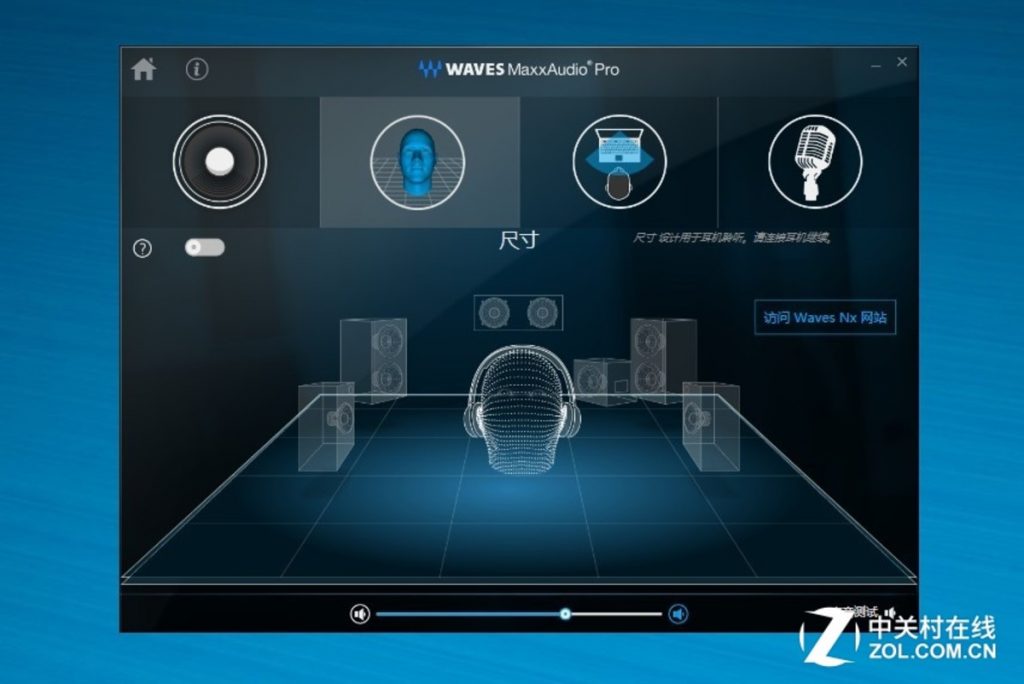 As far as the port is concerned, the laptop fully shows its advantage as a business notebook. The notebook’s ports on the left side include DC jack, Type-C (with DP and PD function), HDMI, earphone; while its ports on the right side consisting of the keyhole, RJ45, dual USB 3.0 and SD card. The ports that the notebook features can satisfy all demands ranging from charging a phone to connecting to USB, mouse, multiple screens, and network cable. With DMC technology, the Vostro 5471 can reflect the image on the smartphone on the laptop screen via the wireless connection.

To perfectly test the stability of the Dell Vostro 14 5471, we have adopted the system stability test application on the Geek 3D FurMark and ADIA64 to test the notebook for 25 minutes. After 25 minutes, the highest temperature of CPU reaches 75°, and the highest temperature of GPU reaches 74°. With regard to the test result, the LAPTOP has an excellent cooling capacity.

We have made an assessment on the Dell Vostro 14 5471 with PCMark, and the test project is Work accelerated. We use system default settings and its brightness and volume both reach 75% under Wi-Fi connection during the whole test process. The battery lasts four hours and three minutes. Such battery life can guarantee normal work for two days for the users who need to go out. It supports quick charge technology. The notebook also has built-in Dell Power Manager to achieve the power-saving effect. 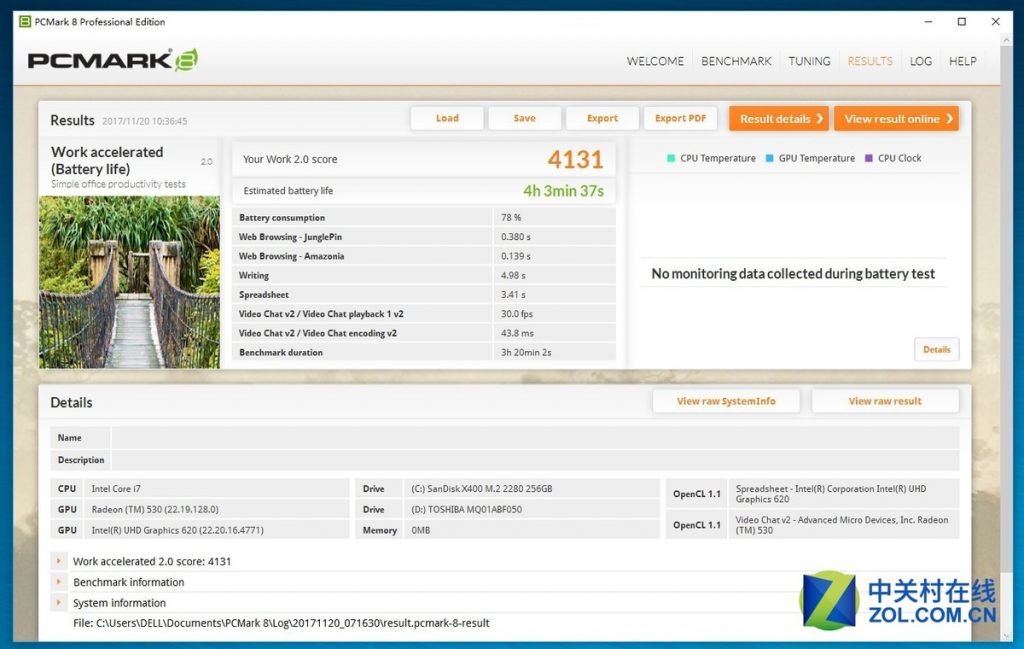 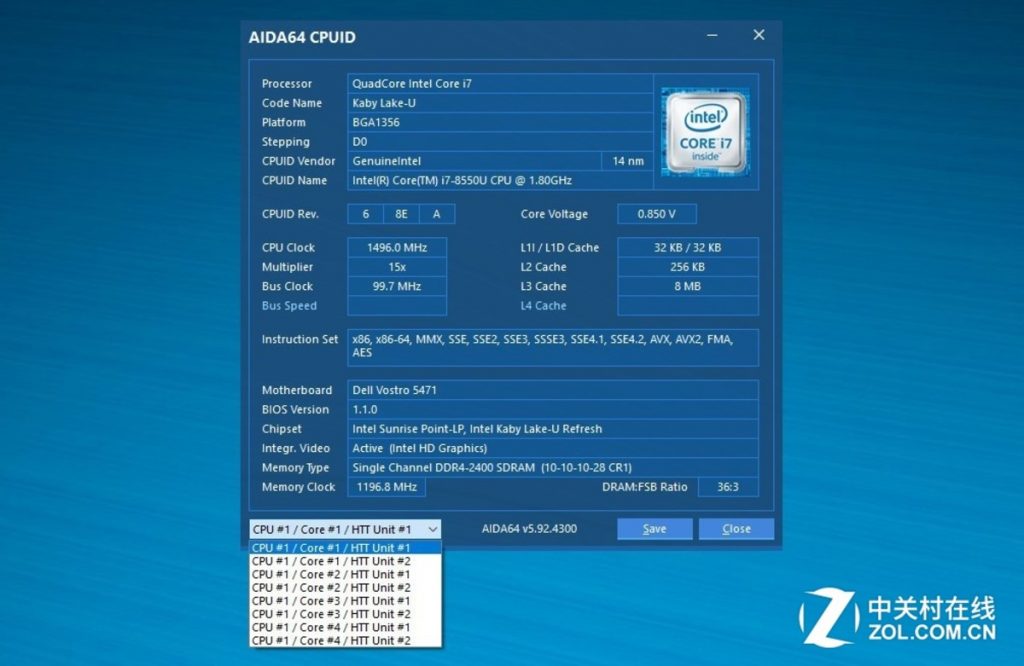 The Dell Vostro 14 5471 has AMD Radeon 530 4GB graphics card. Its GPU is built on 28nm process and comes with 384 stream processors, 64-bit memory interface and 4GB of GDDR4. As it gets 6419 cores on Sky Diver of 3D MARK Radeon 530 4GB is an independent graphics card with entry level, which will have good speedup effect. 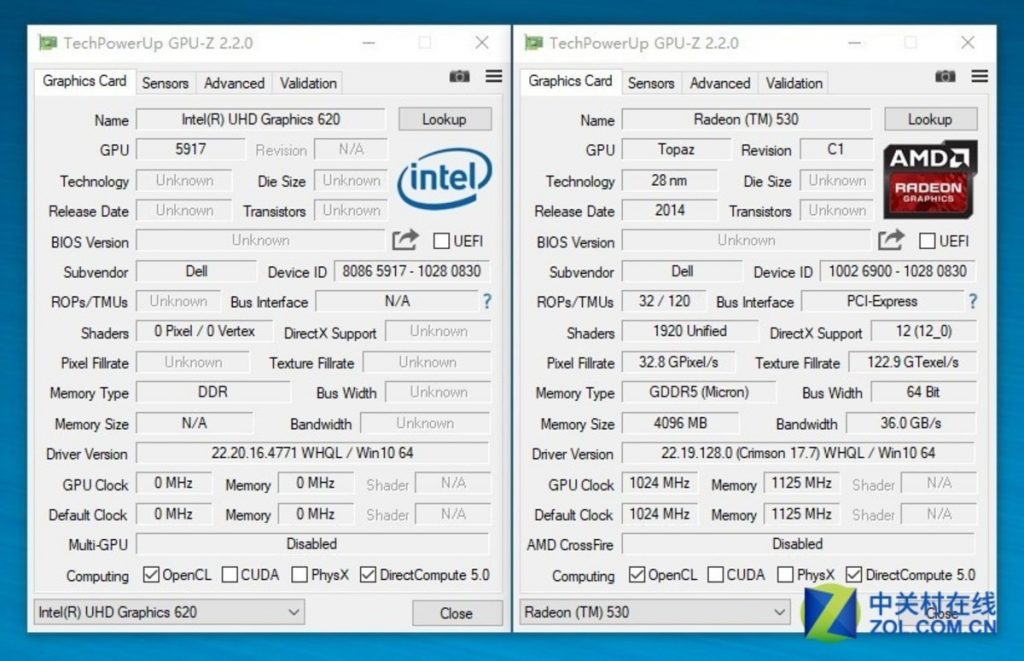 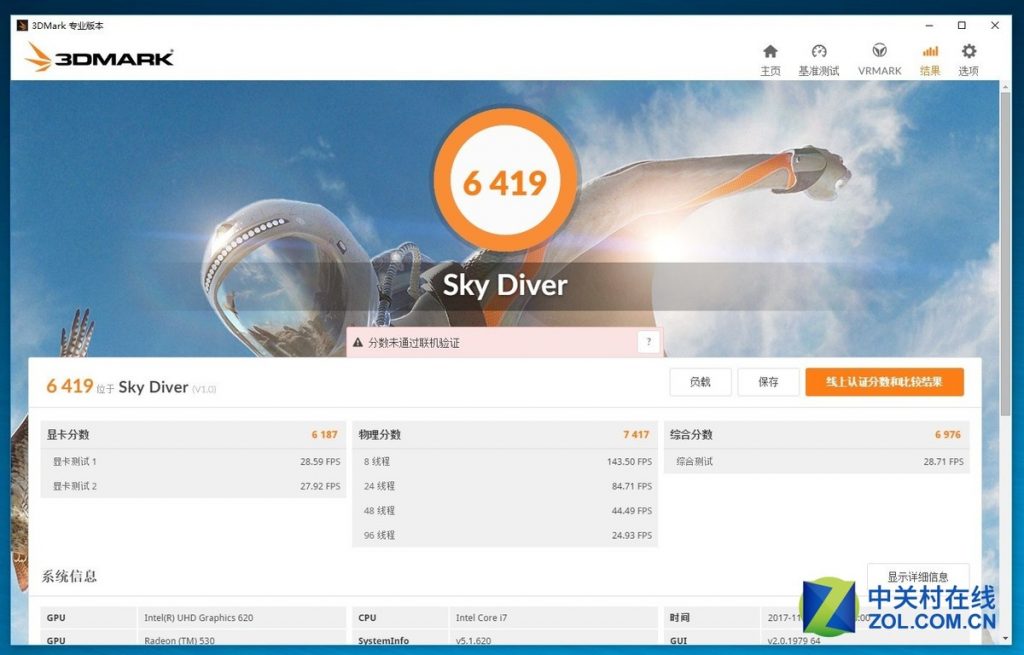 The laptop comes with an M.2 SSD which has a 256GB capacity. The notebook also foregoes an additional HDD which has a 500GB capacity. At present, 16GB DDR4-2400 is the best specification found in laptops, and its ultrahigh frequency can effectively improve process speed. The combination of 256GB SSD and 500HDD can both guarantee speed and capacity. According to the data on CrystalDiskMark test, the SSD’s read speed reaches 525MD/S, and its write speed reaches 500MB/s, from which we can see that hard disk has good performance behavior. 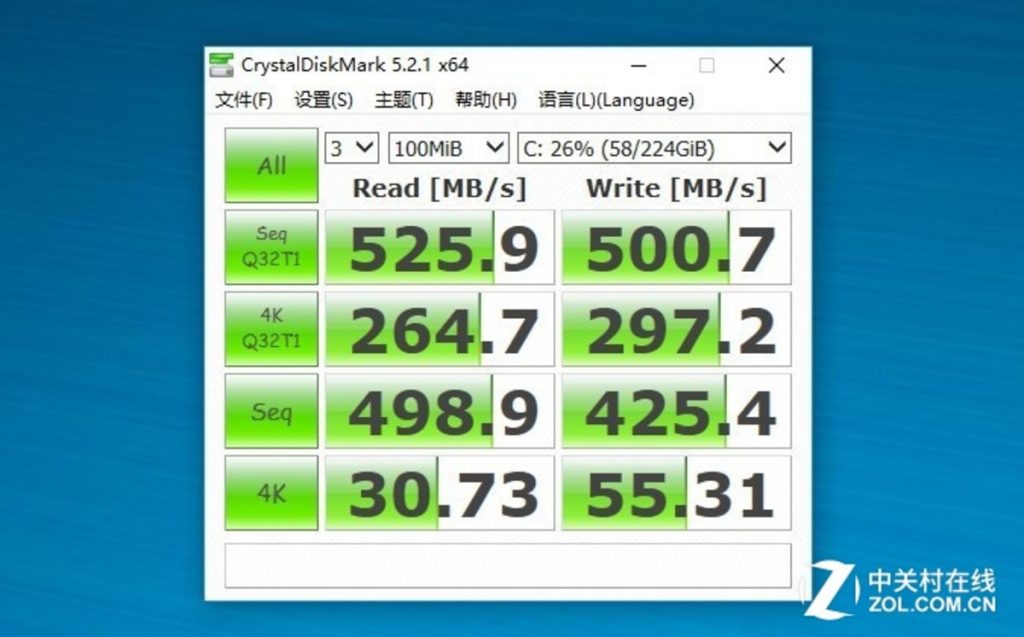 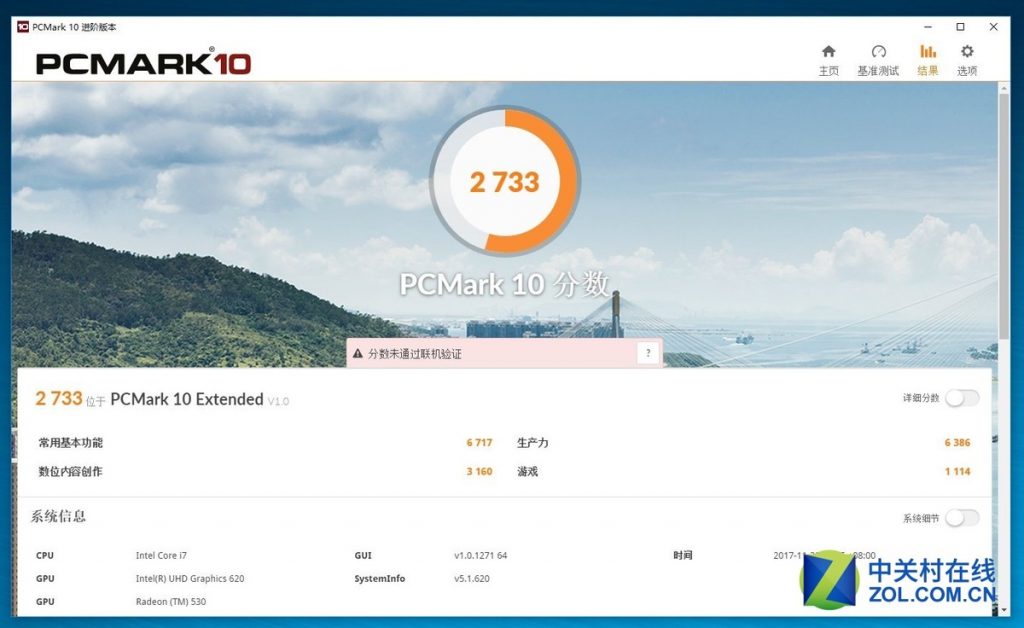