Today we bring you a specific model of the disassembled product for the HP OMEN 17-AN014TX, which has a 17.3-inch IPS FHD screen, Intel i7-7700HQ and NVIDIA GeForce GTX1070. We will remove its back cover and access its battery, SSD, RAM, HDD, Wi-Fi card, cooling fan and motherboard. 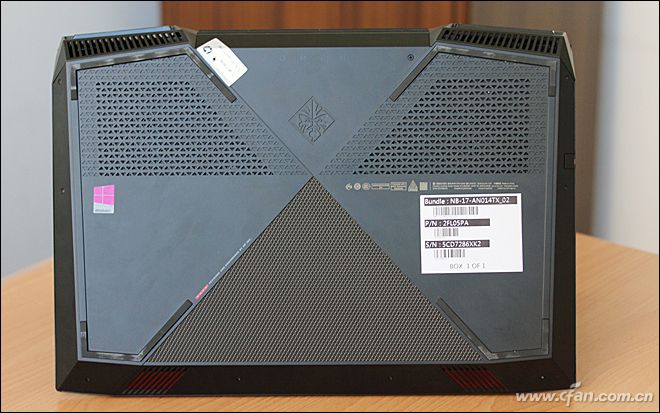 With the bottom cover removed, you can get access to the battery, SSD, RAM, HDD, Wi-Fi card, cooling fan and motherboard. 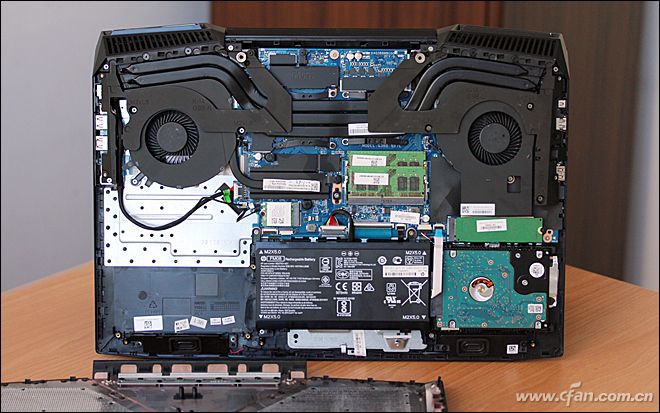 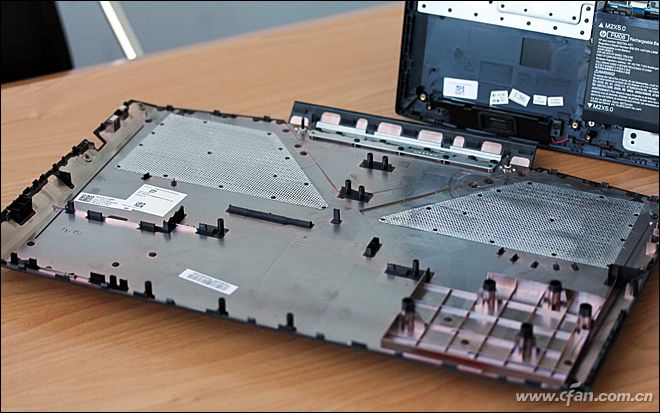 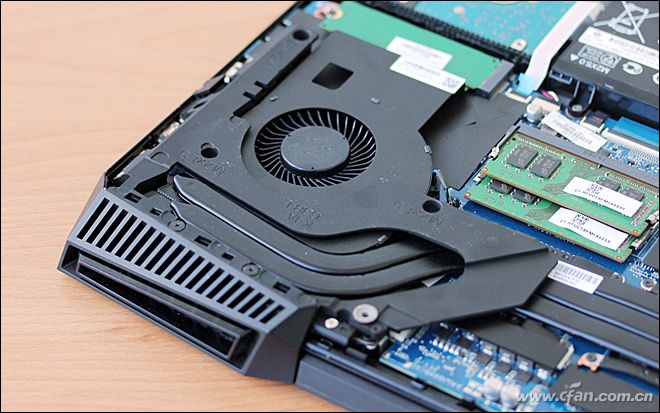 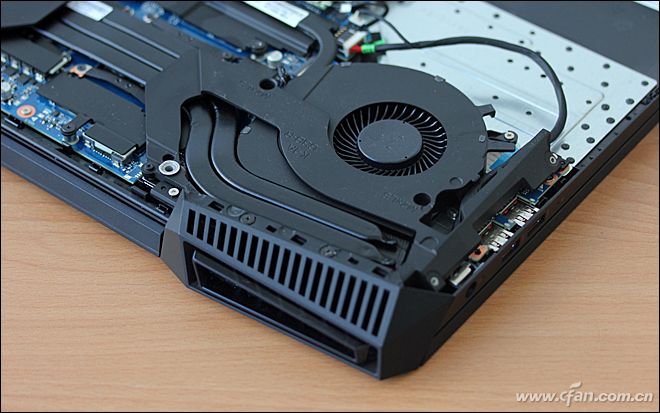 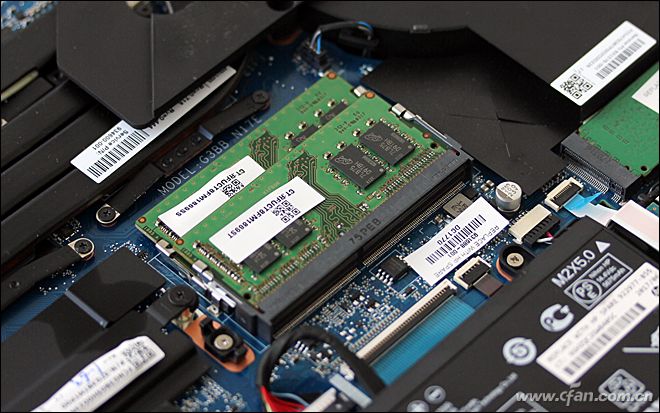 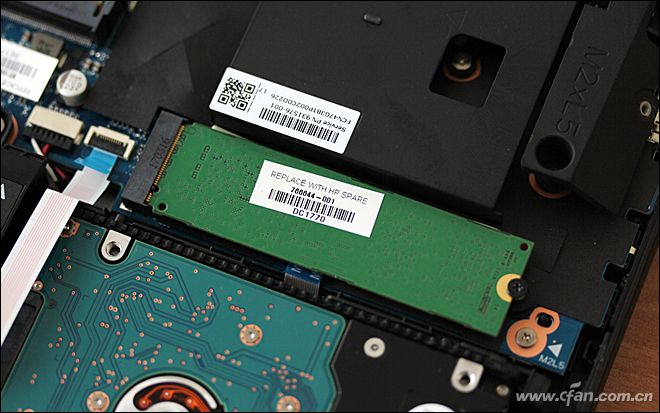 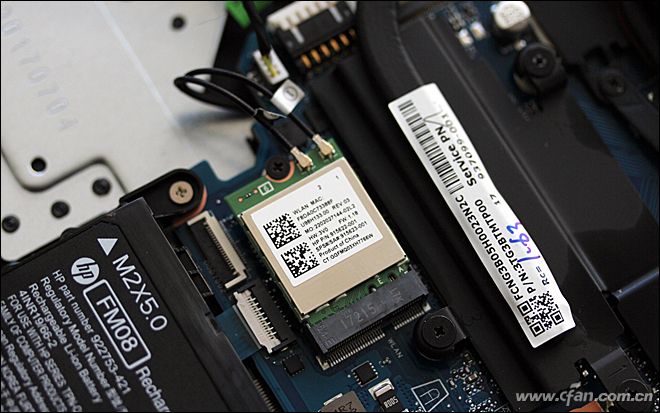 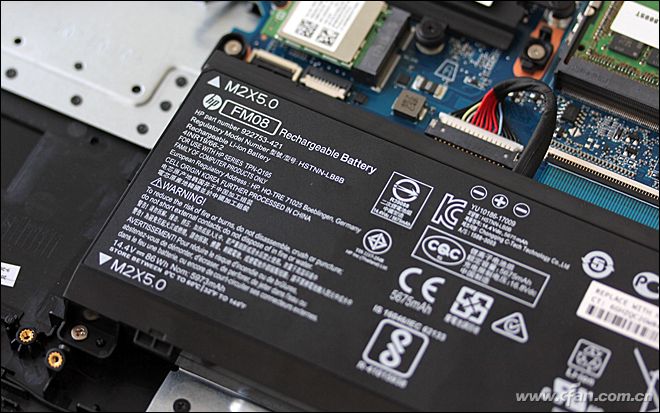 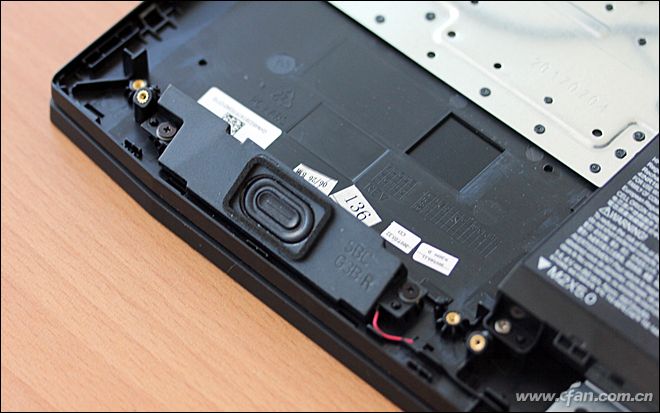 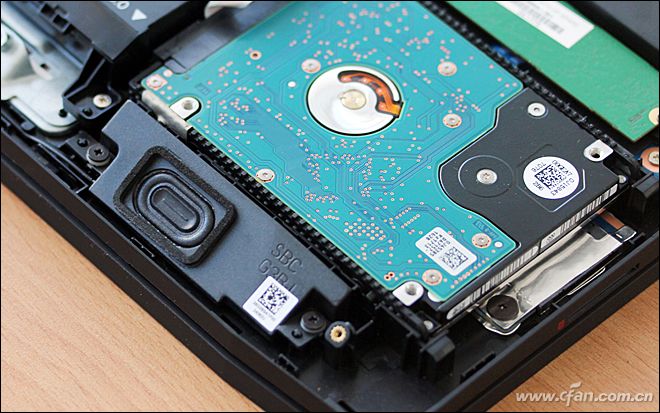 Unfortunately, this laptop doesn’t make full use of all the internal space, and there’s a large area remaining on the right side of the battery, which is theoretically enough to hold the optical drive module. I hope that its follow-up products can be further developed, such as adding an extra hard disk slot to achieve the expansion potential of three hard drives. 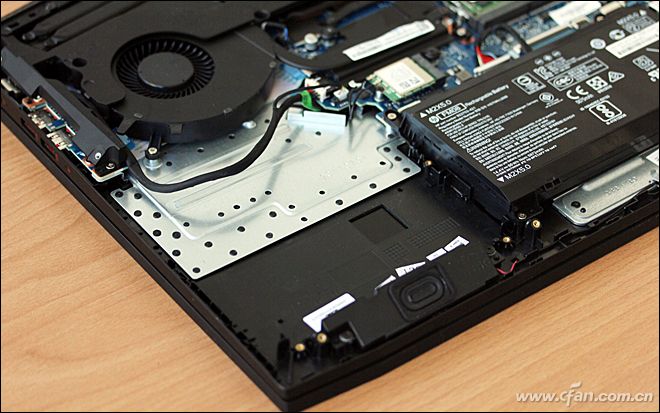