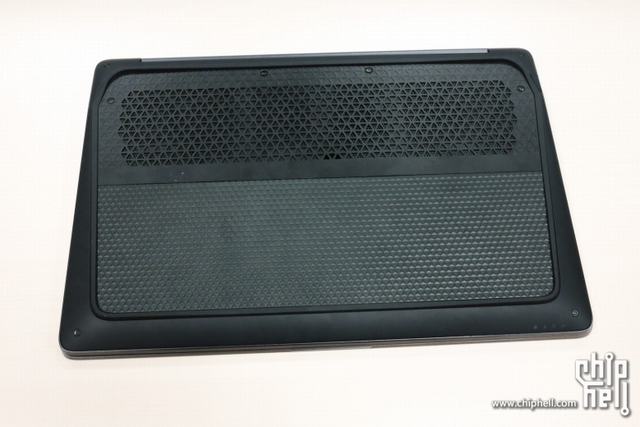 Pry up and remove the plate with a plastic tool. 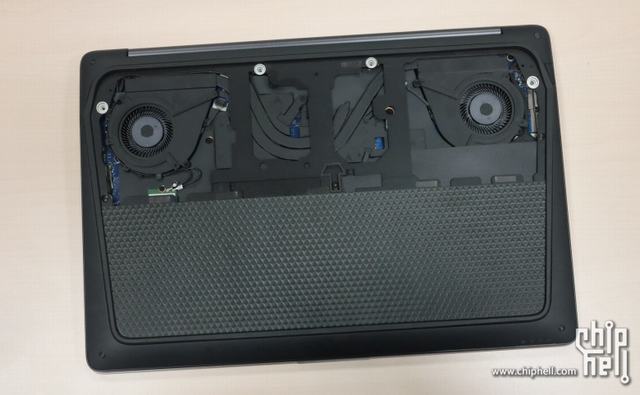 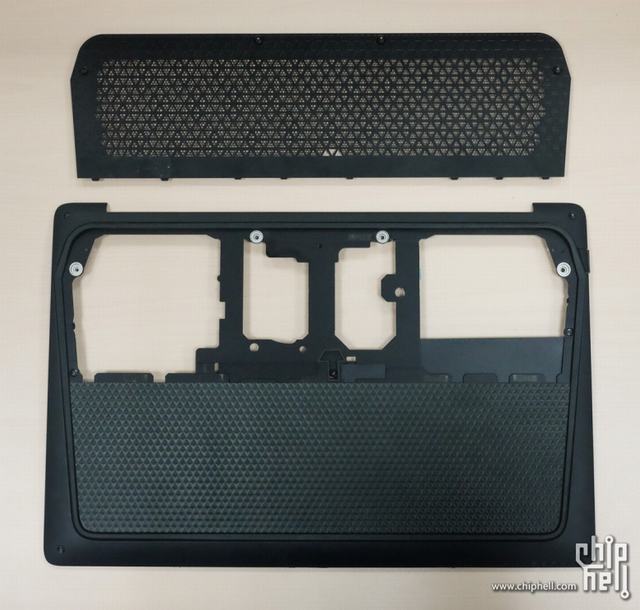 When the bottom case was removed, you can get access to the most internal components, including the battery, RAM, SSD, wireless card, CMOS battery, speaker module, and cooling system. 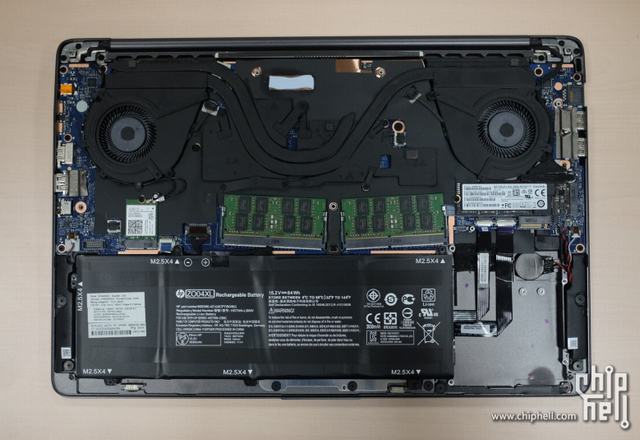 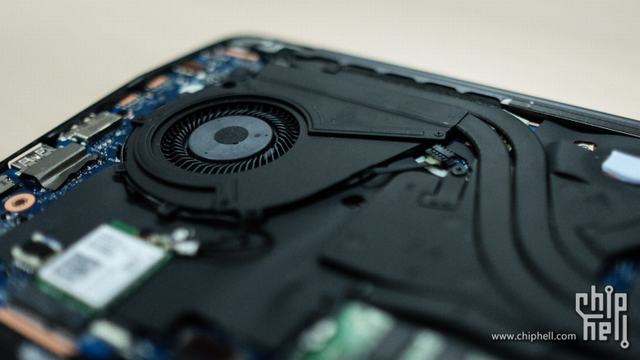 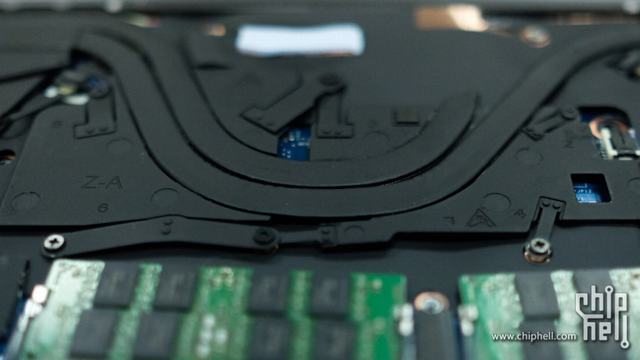 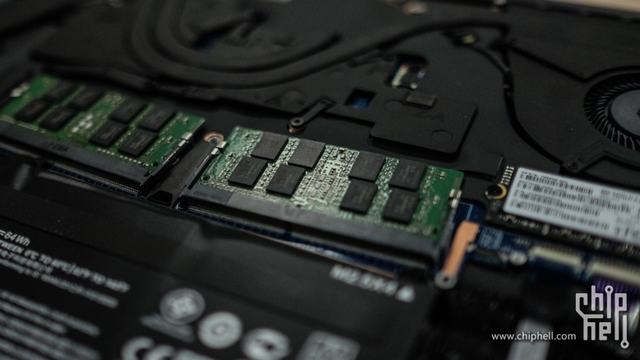 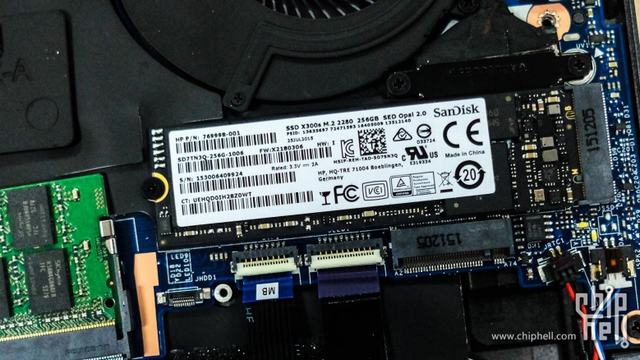 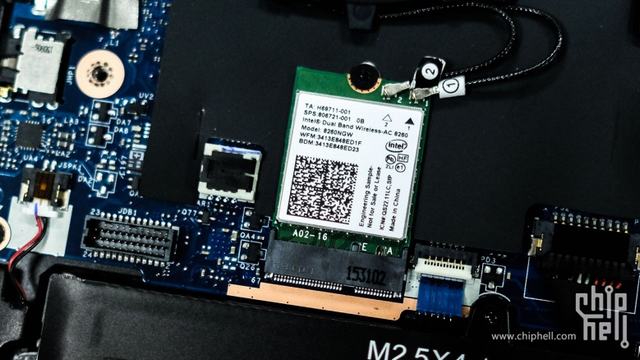 There are two available RAM slots, two of which are taken in our case by two 8GB SK Hynix DDR4-2133 SDRAM, it supports up to 32GB RAM.
The laptop features a 15.2V, 64WH Li-ion battery. 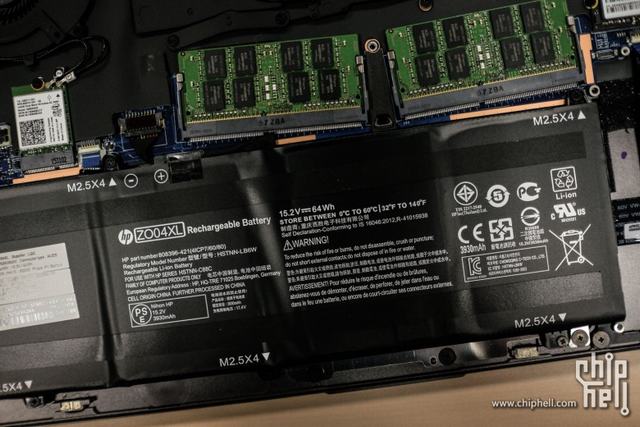 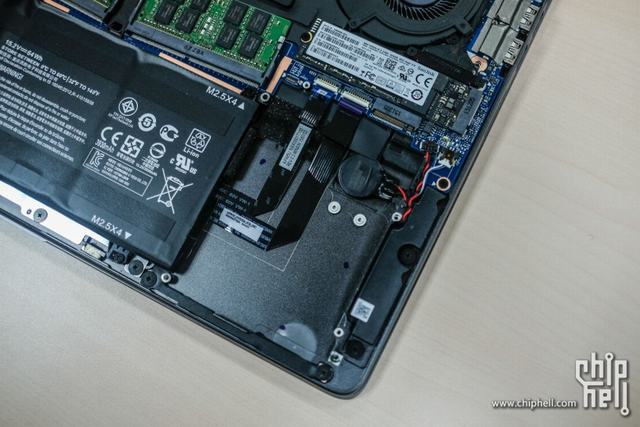 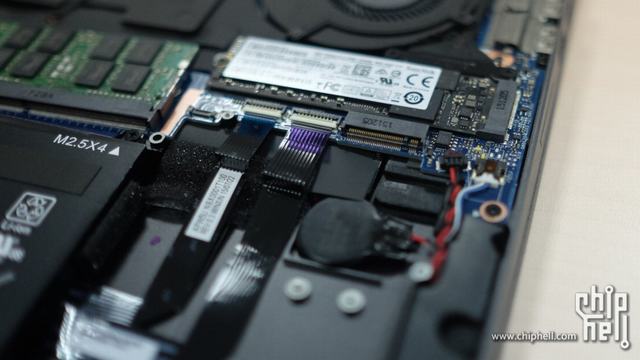 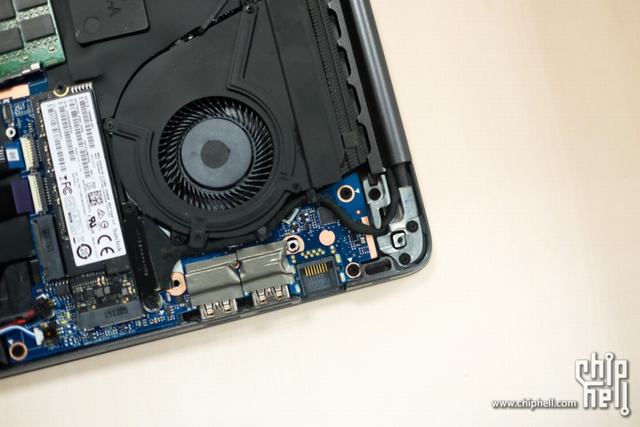 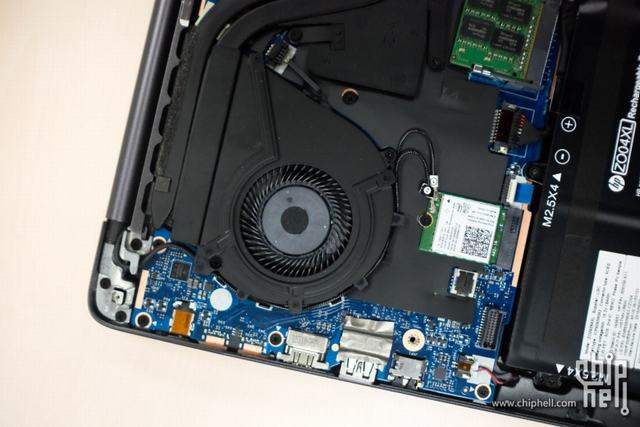