The Honor 7X comes in three storage variants: 32GB, 64GB, and 128GB. The phone support expandable storage via microSD card (up to 256GB) in a hybrid dual-SIM configuration.

First of all, remove the SIM card tray. 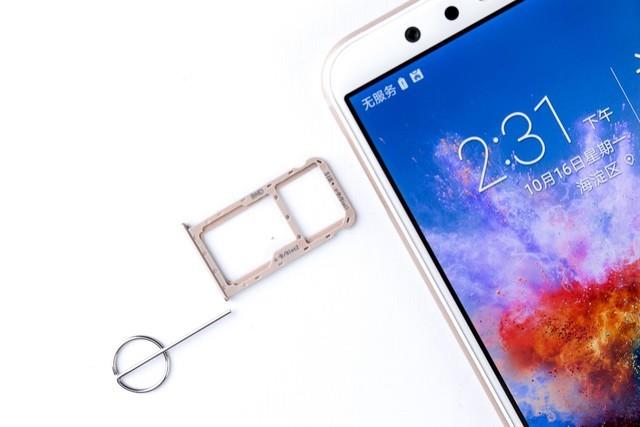 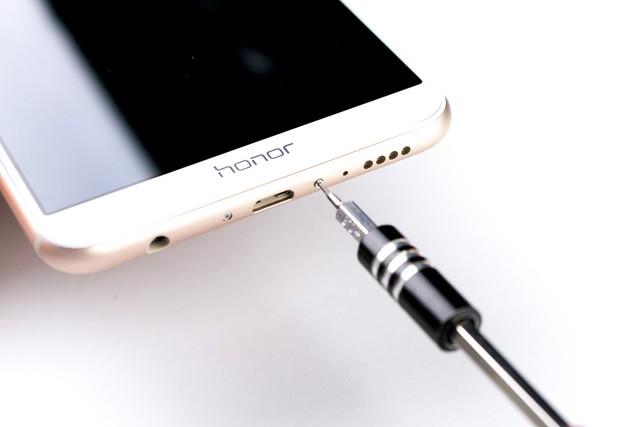 Insert a pick under the display assembly and slide the pick to separate the back cover from the phone. 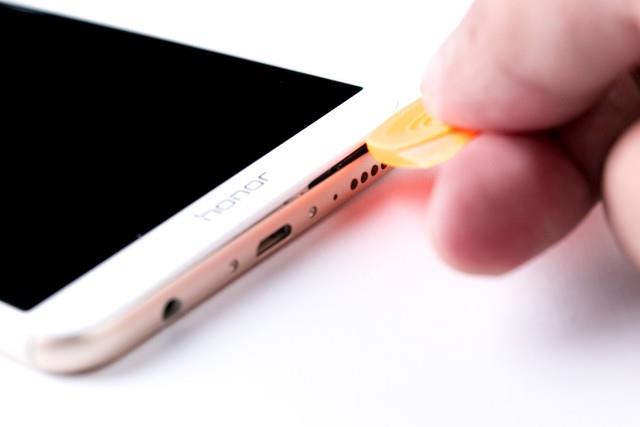 Be careful, you can not separate the back cover completely, because the fingerprint module cable still connecting to the motherboard.

Opened the back cover, the internal structure of the Honor 7X gave me the first feeling is no feeling. Because there are too many Android phones are with three-stage structure. But this does not mean that the dismantling of this no surprise. There are sealing, thermal design, motherboard chip density and other considerations of the internal design of good and bad details waiting for us to explore. 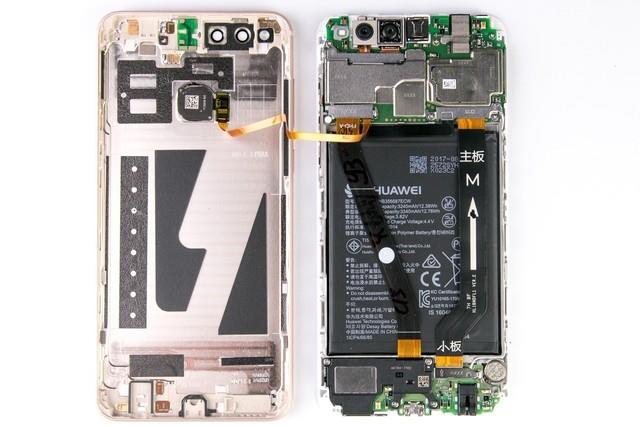 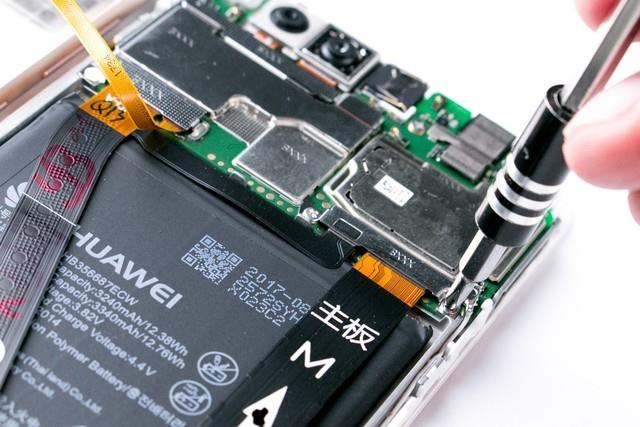 The four corners of the back cover are with the injection thickened, which brings a good the anti-bump ability, combined with plastic wrap screen module outside, also can reduce the impact force by the glass in the body when falling, reducing the risk of the broken screen. The antenna contact surface on the top and bottom of the back cover with the gold-plated coating, with strong corrosion resistance; around the fuselage has sealed foam. In general, this design is at an excellent level in anti-aging and tightness at the same level of mobile phones. 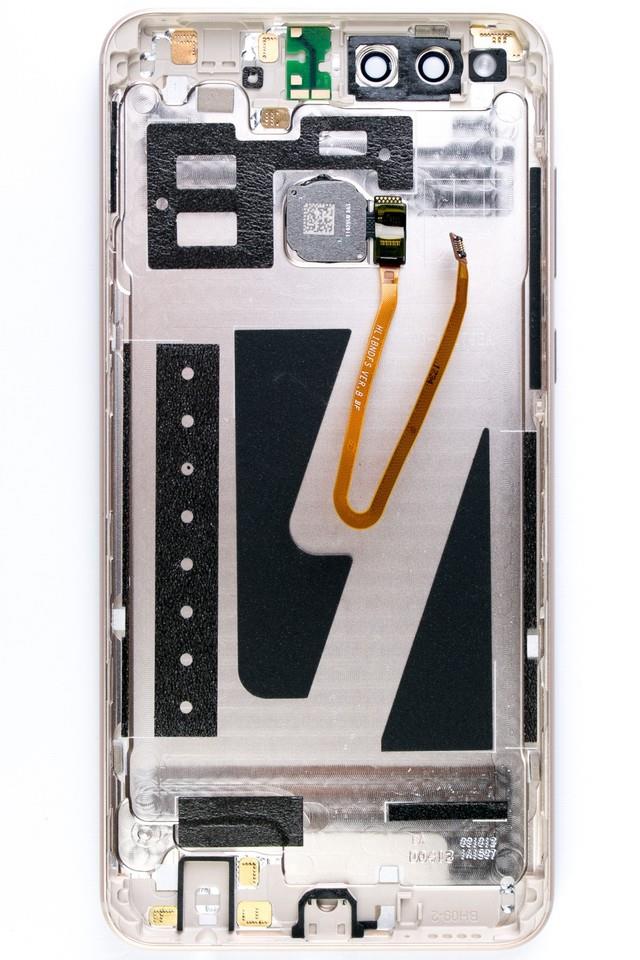 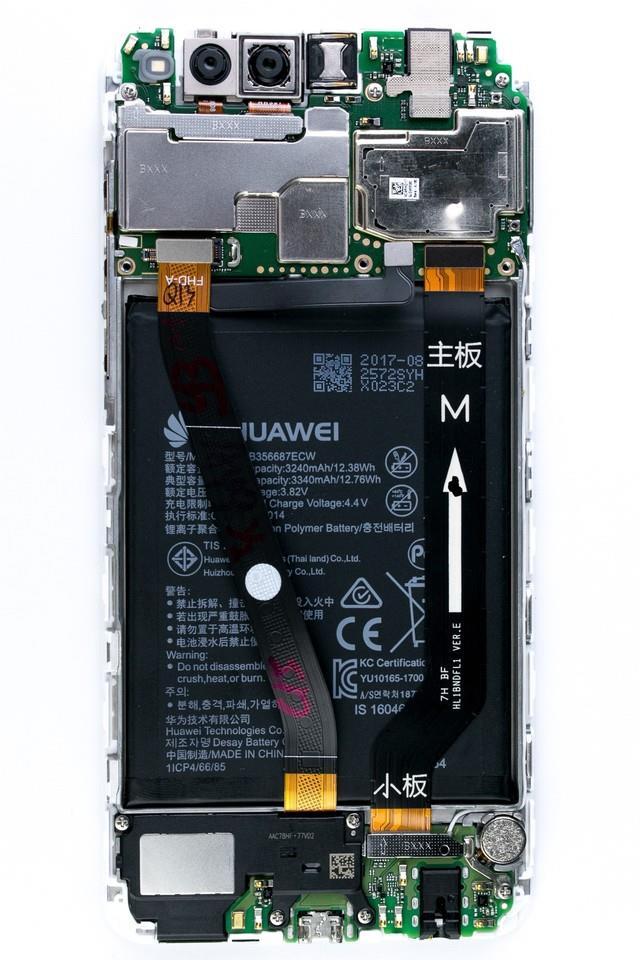 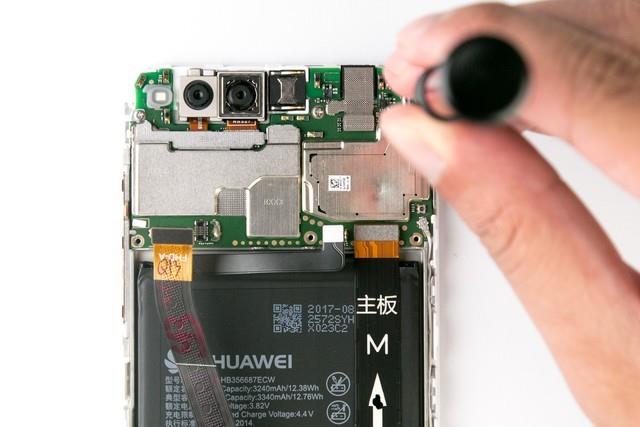 The chips on the front of the motherboard are covered by the metal shield to prevent the electromagnetic signal from interfering with the chip. 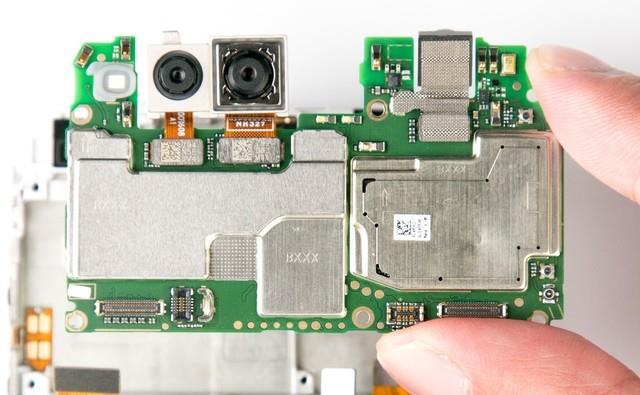 I found that compared to other phones, the phone less touch cable, should be integrated with the LCD cable together, and the button is connected to the motherboard by metal contacts. 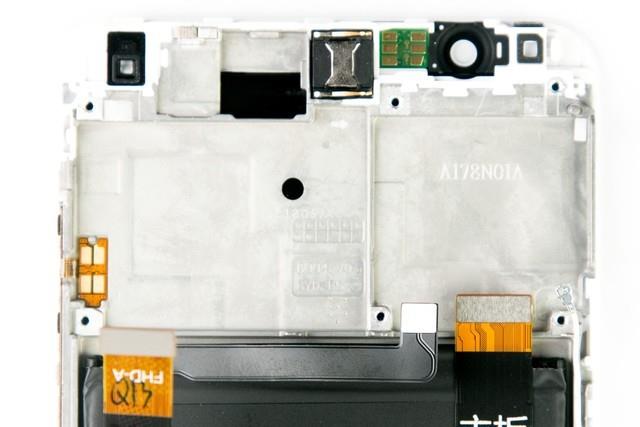 The handset is firmly fixed in the body, and a circle of seal ring foam on the handset to prevent from dust, water vapor into the phone body.

The light distance sensor uses an independent module to connect with the main board through the contact, and if it fails, it can be replaced separately. 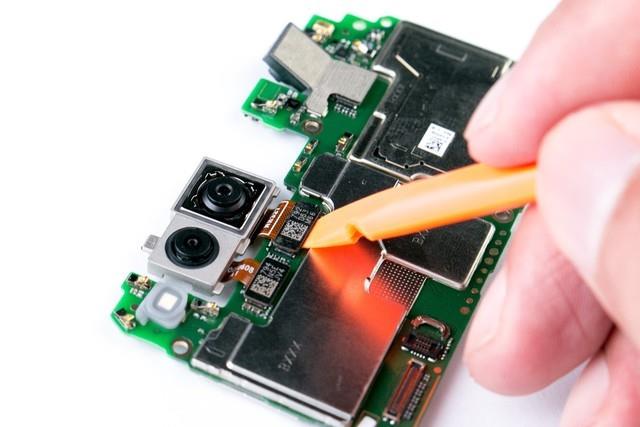 You can see the thickness difference between the main camera and the secondary camera is still very large.

The 16MP main camera support PDAF, as for the aperture and photosensitive element sizes or model, at present I have not found; vice camera only 2MP, its significance is mainly to help the main camera to achieve portraits Mode, itself is not involved in imaging, so the parameters are not so important. 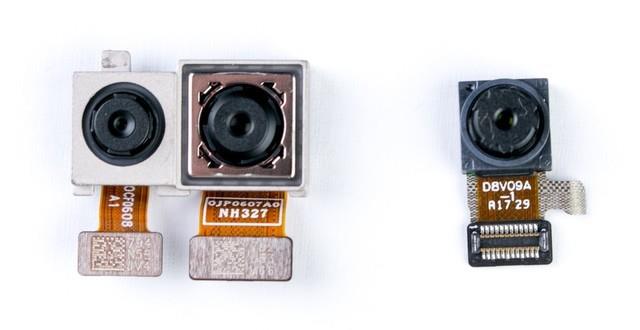 Separate the metal shield. You can see the largest piece of a chip coated with heat grease.

Clean the grease. You can see this is a memory chip from Samsung. The next side of the shield opened, you can see the RF amplifier chip. 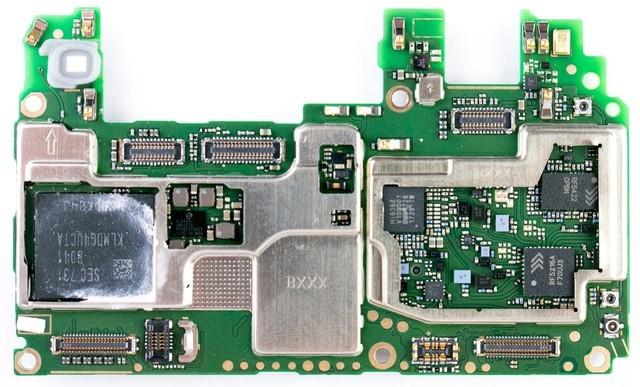 The card slot accounted for most of the space. The other shield is hidden more chips, including Micron flash, power management chip, Wi-Fi, and RF chip, etc.

Remove five screws securing the loudspeaker and the sub-board. 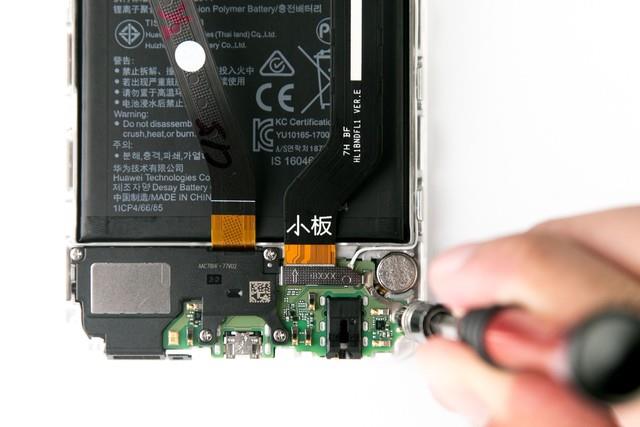 Then take off the speaker module, from the lettering above to see that this speaker comes from AAC. 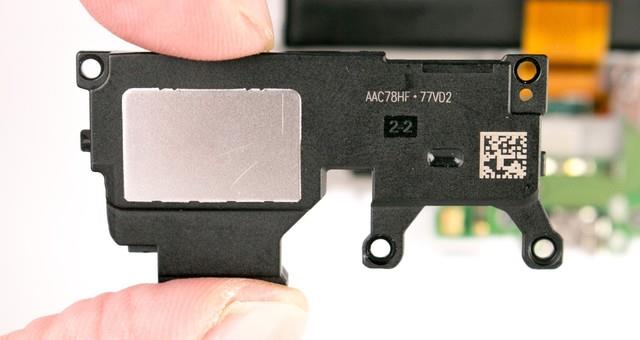 A circle of foam on the back of the speaker is designed to seal the bottom of the fuselage, which is connected to the sub-board with metal contacts. 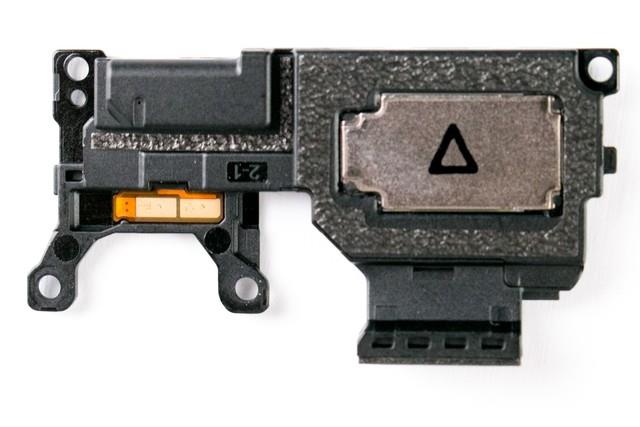 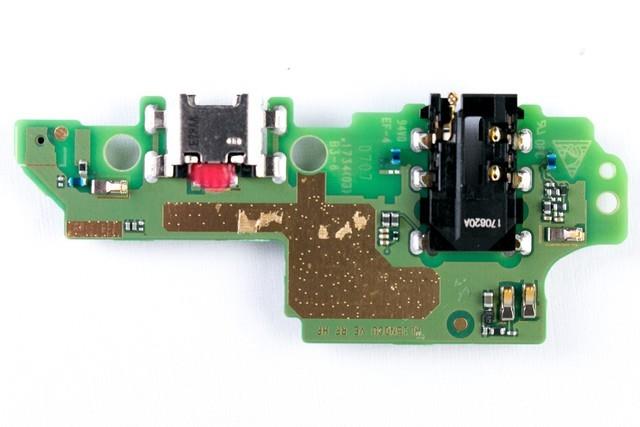 Tilt the edge of the battery, and then insert the card under the battery, until the battery can be an easy removed (this step requires a certain skill, avoid excessive deformation may damage the battery). 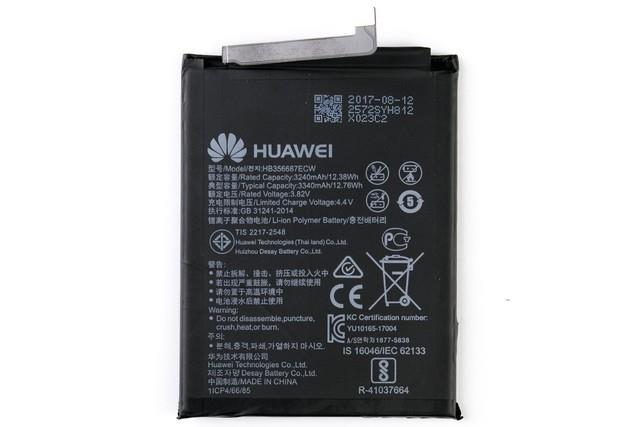 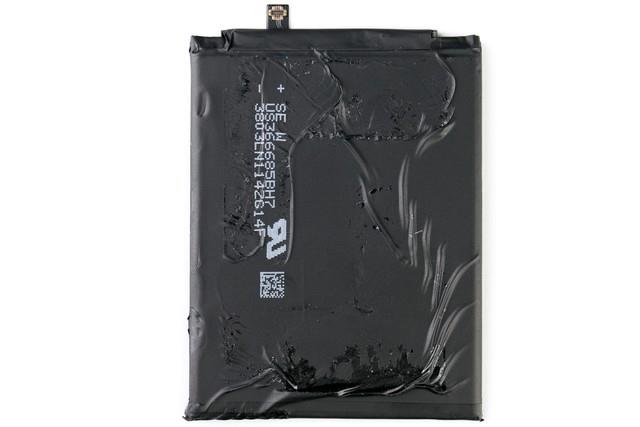 We give the Honor 7X dismantling the difficulty rating is easy. The total number of screws only 13, the only difficulty is the battery uses a large area of strong double-sided adhesive, if you want to replace the battery may have to spend some time.