Huawei Honor V9 Play was launched in September 2017 in Guangzhou. The phone comes with a 5.20-inch touchscreen display with a resolution of 1280×720 pixels. It is powered by MediaTek MT6750, and it comes with 3GB of RAM. The phone packs 32GB of internal storage that can be expanded up to 128GB via a microSD card.

It packs a 13-megapixel primary camera on the rear and an 8-megapixel front shooter for selfies. The phone runs EMUI 5.1 base on Android 7.0 Nougat and is powered by a 3000mAh non-removable battery.

The first step is removing the SIM card tray, the phone supports Dual SIM cards and can expand the storage up to 128GB via MicroSD card. 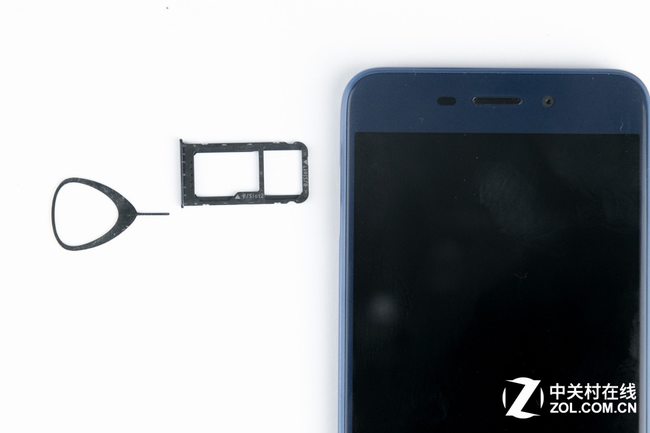 Then remove the two screws on both sides of the Micro USB port. 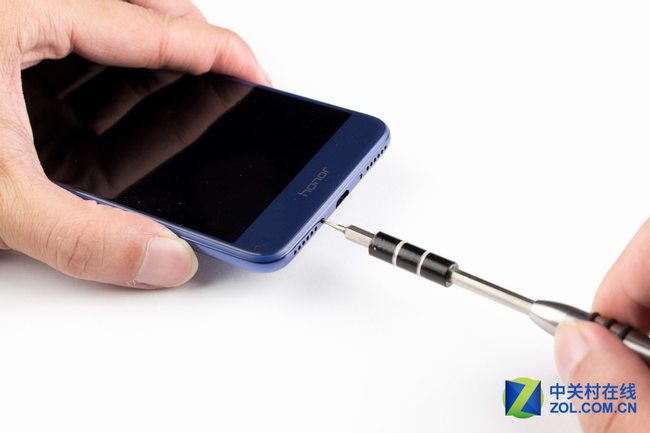 Insert a pick under the display assembly. Slide the pick to unlock all the snaps that securing the back cover to the phone. 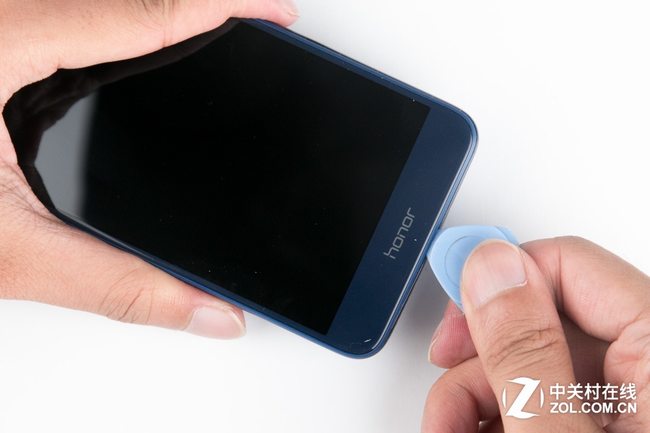 Continue to unlock the snaps on both sides of the fuselage. 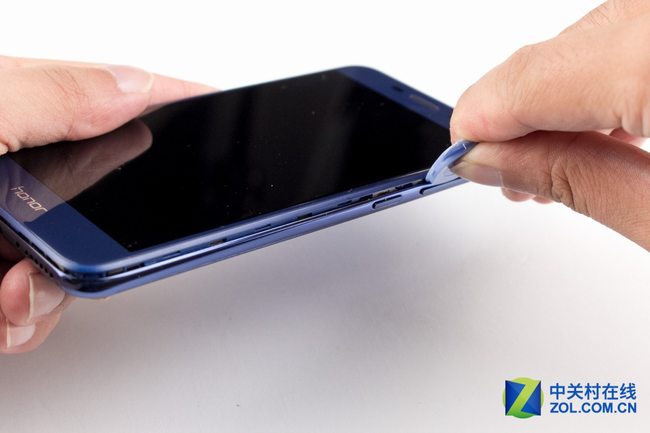 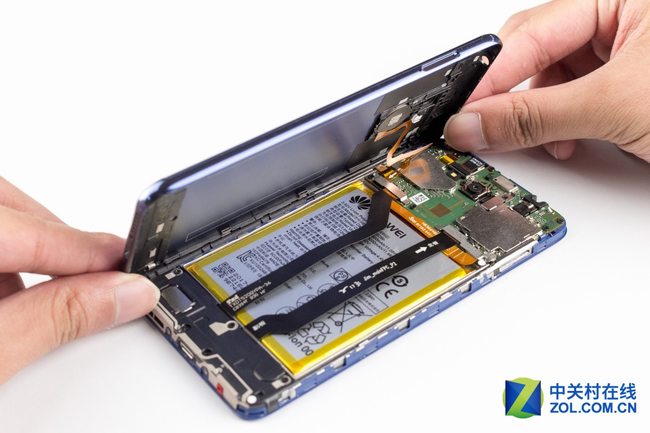 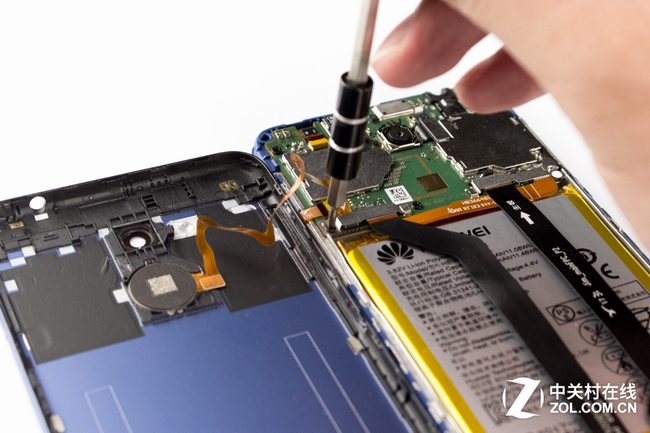 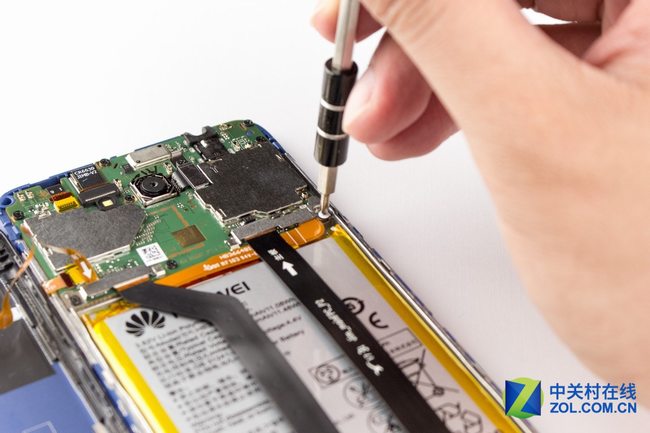 The back cover is separated successfully. We see the top and bottom of the back cover with injection molded material. 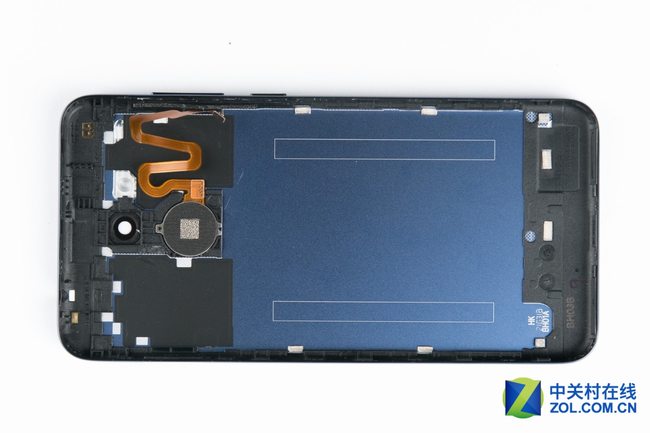 The corners did not do thickening, and its corner anti-bump ability is more worrying. The bottom of the keypad has a rubber gasket to enhance the sealing. 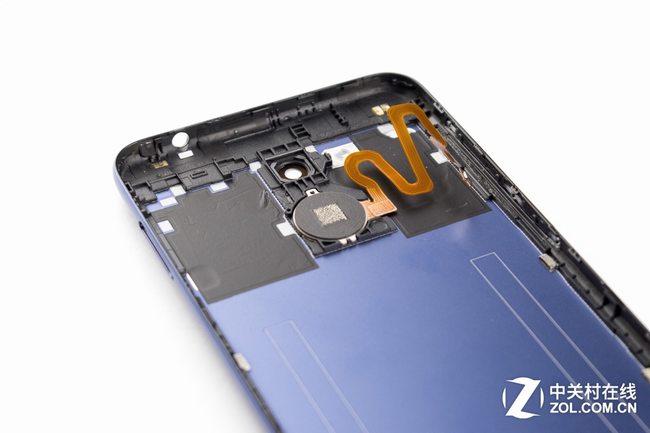 The bottom corners are also not thickened. 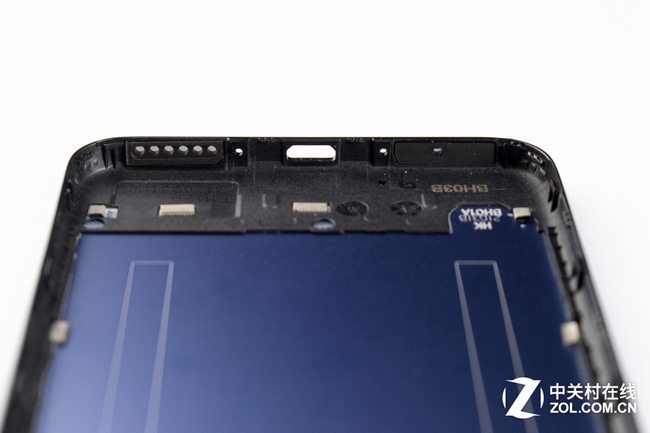 Disconnect the main FPC and all connectors from the motherboard. 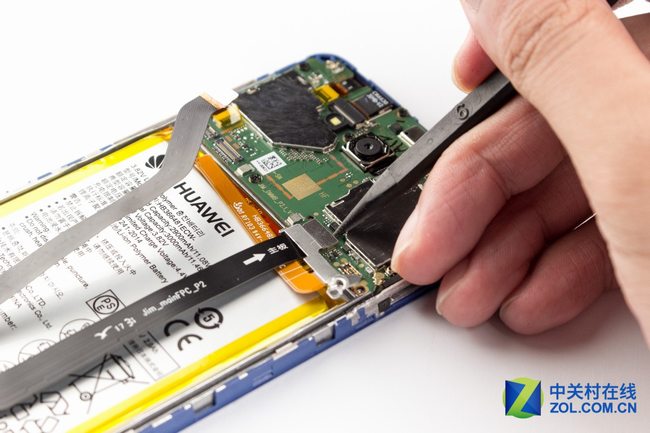 We also saw the rubber seal on the headphone jack. 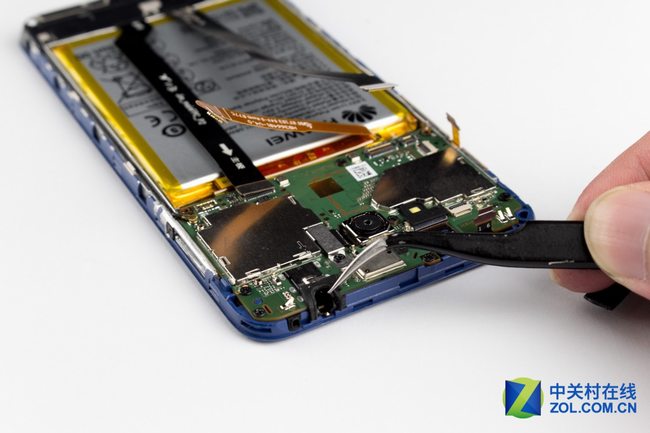 We also saw the rubber seal on the Micro USB port. 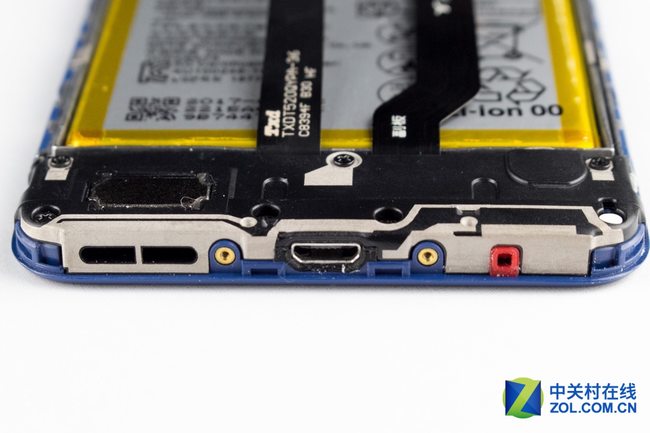 Pull out the motherboard by removing all screws securing it to the chassis. 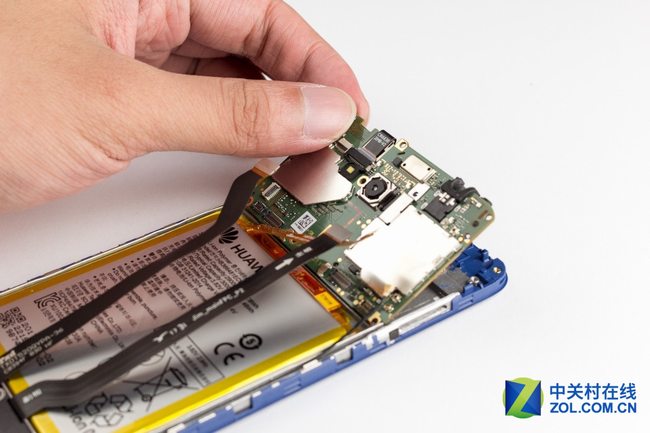 Let’s take a look at the motherboard’s front circuit design. Almost all of the capacitors were exposed, the other chips are covering by metal shields. 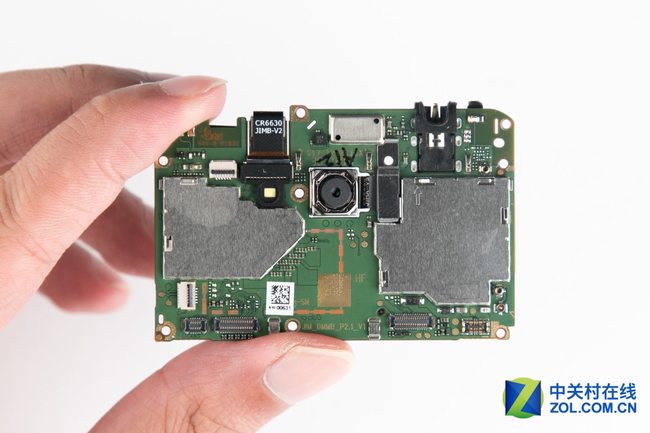 The core components are exposed on the back of the motherboard, but you don’t have to be surprised. You’ll know the answer in a minute. We saw three main chips (RAM, ROM and CPU) are covering with thermal grease. 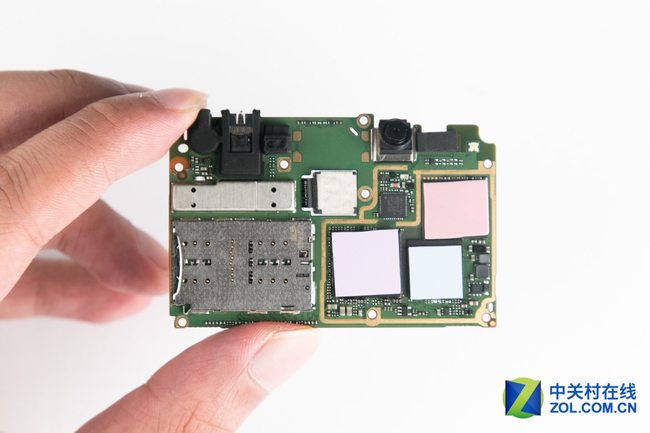 We can see that interval groove has been accordingly placed in the chip for roll cage under the motherboard to function as the metal shield. Although such design can’t achieve the effect that metal shield does, it can save cost. 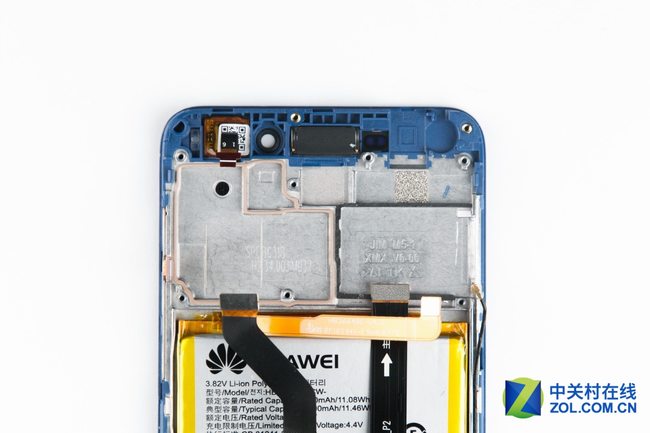 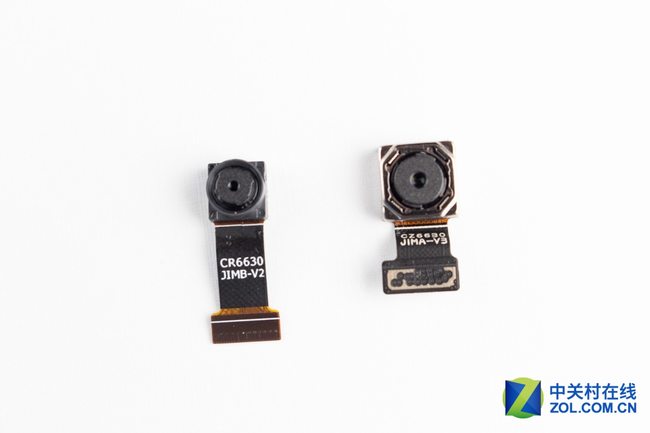 The back shows that the two cameras are assembled by SunWin. 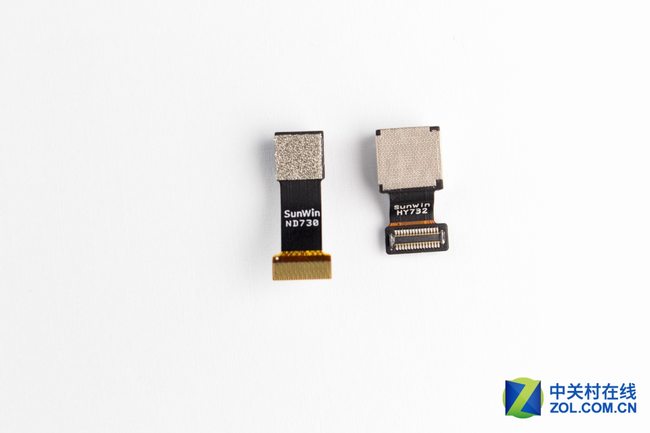 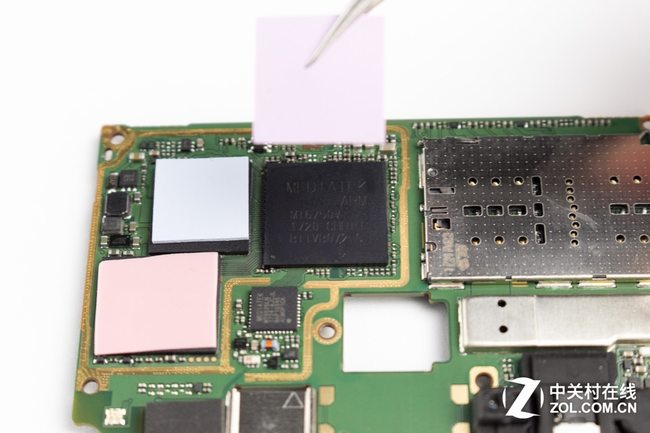 Next to the processor are SanDisk 32GB ROM and SK Hynix 4GB RAM. 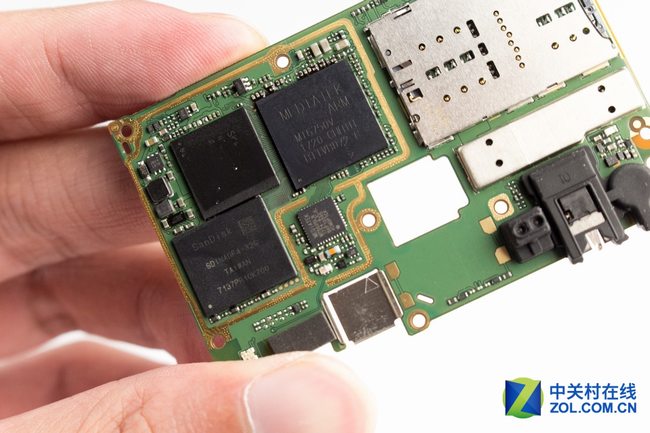 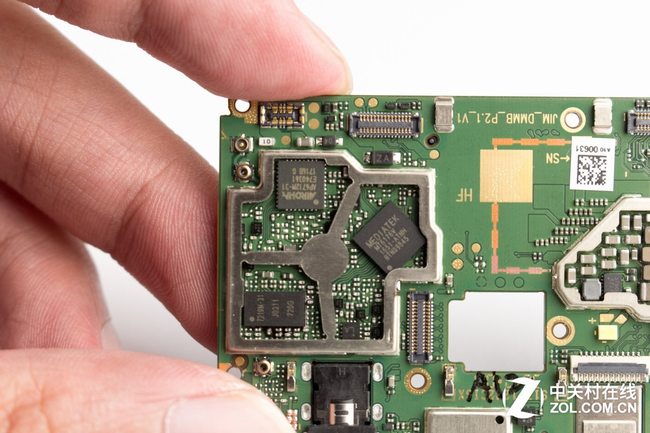 Remove all screws securing the loudspeaker. 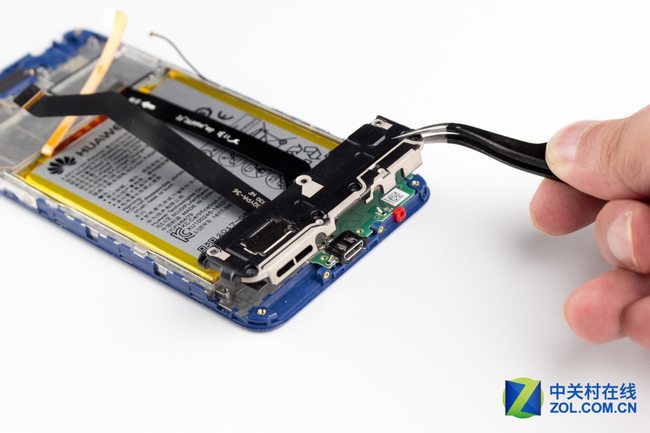 On the back of the speaker also has a vibration module. It is connected to the sub-board via metal contacts. 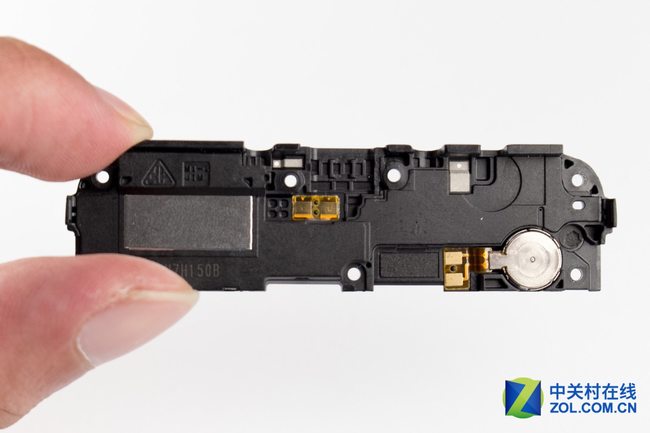 A Micro USB port and microphone are integrated on the bottom board. 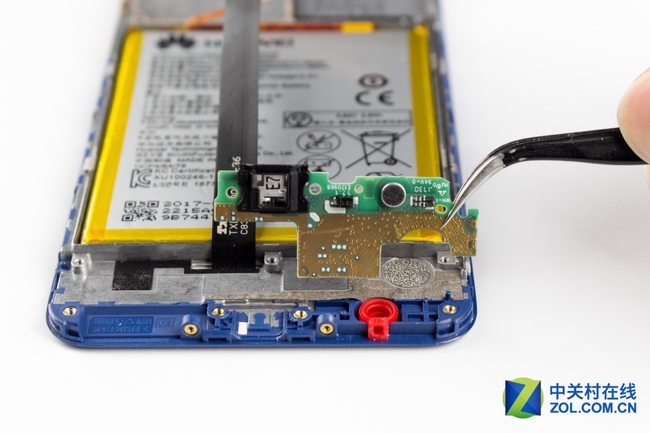 As the back of the battery with a large number of double-sided adhesive, it is difficult to separate. 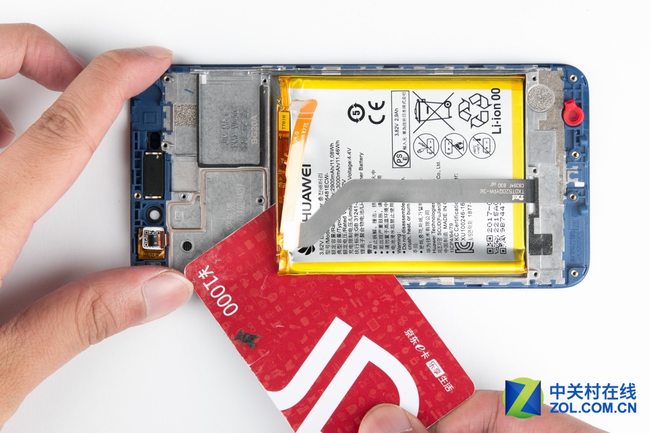 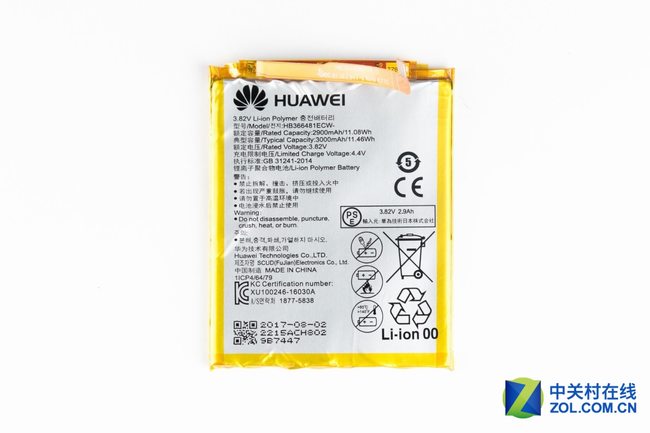 The battery cells come from ATL 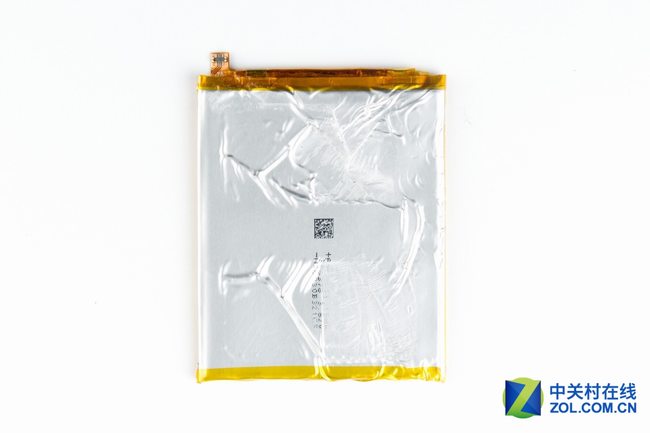 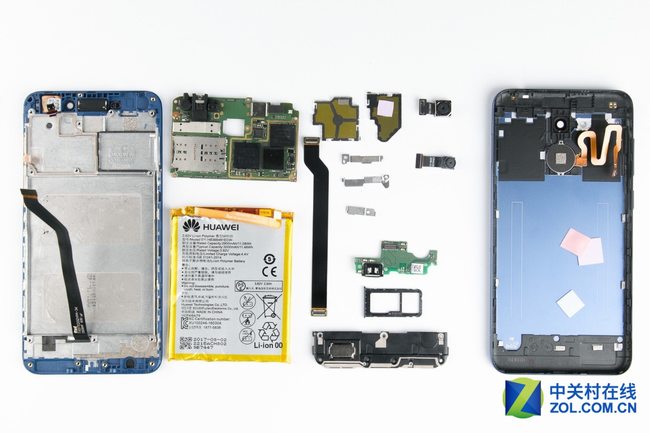