We once had the “sturdy little Y” and at the time, so many Lenovo fans appreciated the gesture, but with the continuous evolution of the market, Lenovo has introduced an independent “small Y” brand called “Legion” brand. This brand cannot be ignored because it is built with the durable and rugged chips and its one brand for gamers. Recently, Lenovo officially launched the Legion Y720 gaming laptop. It comes in cool red and black color design, RGB keyboard, and IPS screen to mention few of its features. Its 15.6-inch display features a stunning resolution in Ultra High Definition with immersive sound to match thus gaming stands out using this product.

This laptop comes in a simple red and black color design, but its design details are elegant and premium. The Legion Y720 has an all-metal fuselage which is engineered to resist daily wear and tear while the surface is designed with diamond-shaped drawing texture which makes the appearance of this machine looks more refined and delicate. In addition, the backlit Y logo gives the Y720 a strong degree of recognition and a striking appearance that fits your gaming style. 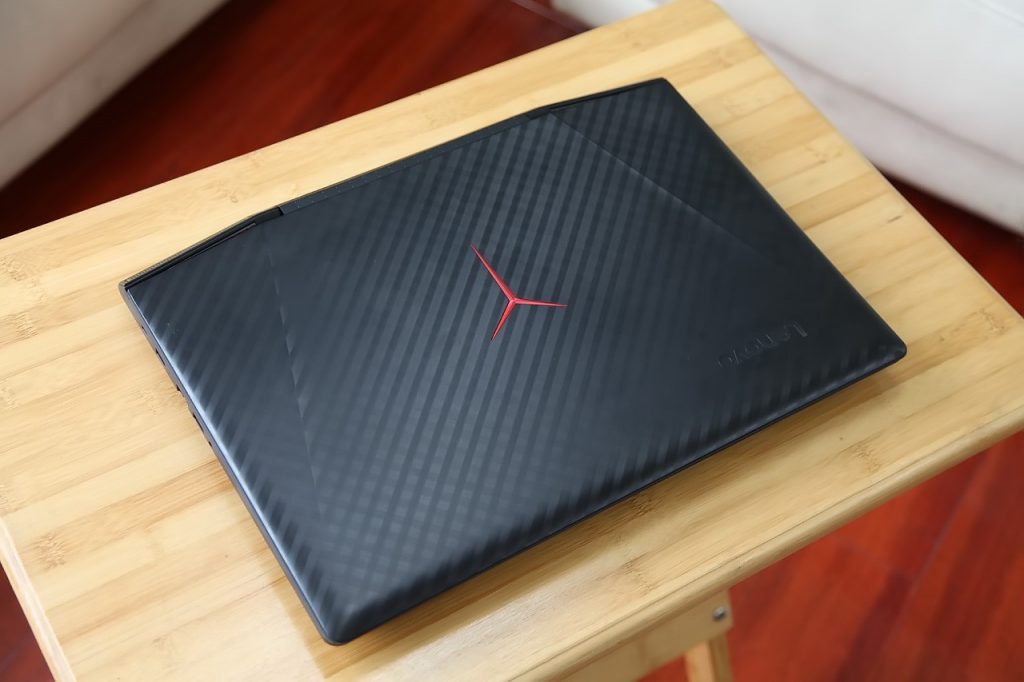 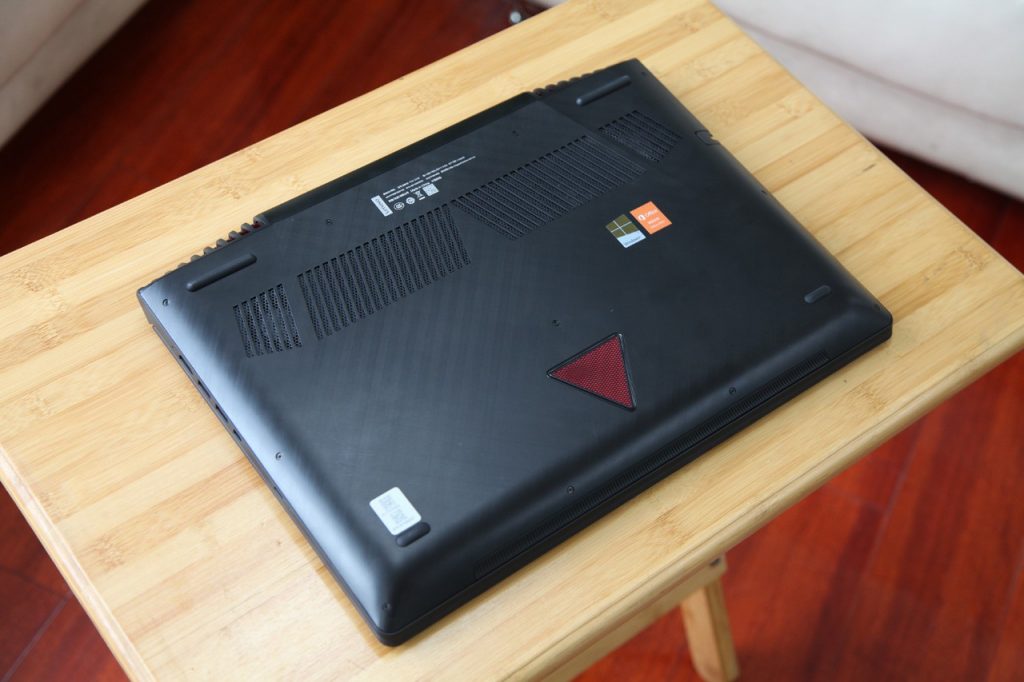 Lenovo Legion Y720 is equipped with a 15.6-inch full HD IPS matte screen and the screen resolution is at the mainstream level. The matte screen design effectively reduces the light under reflective conditions and this makes the gaming experience more outstanding. The screen quality was tested with a red spider 4th generation color calibrator and this machine has 59% sRGB color gamut, and 190nit of screen brightness. 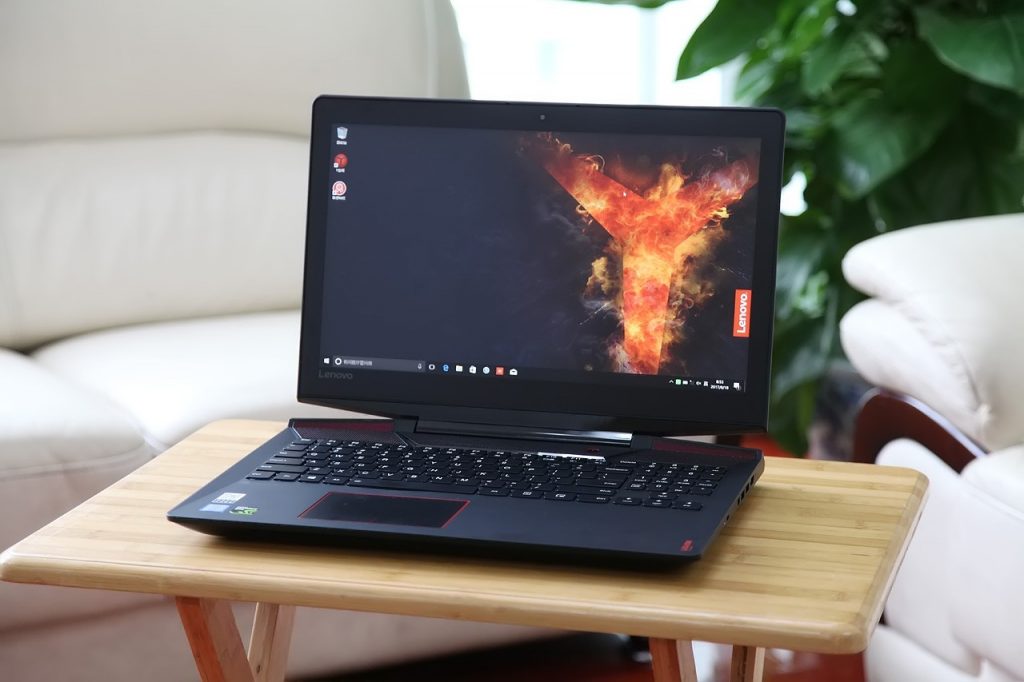 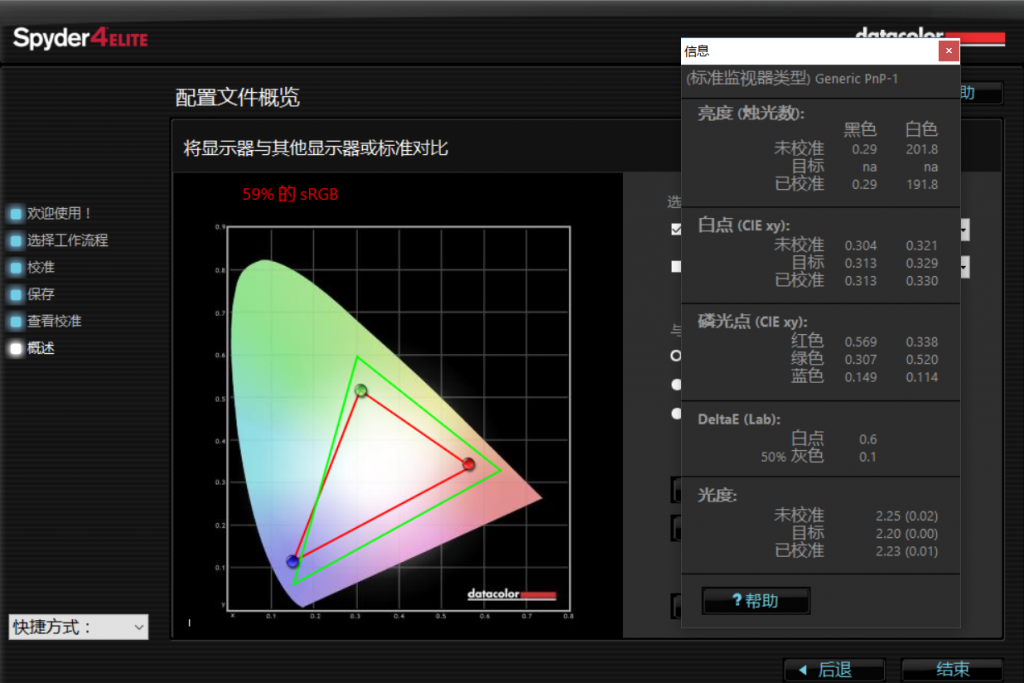 The Legion Y720 keyboard surface is quite interesting. It is built with a skin material which is a combination of metal and plastic and the whole surface feels very smooth to touch and this gives it a premium feel which everyone will appreciate. The keyboard is an attractive spot of the Legion Y720. It uses the conventional chocolate keyboard pattern with a keycap that is slightly larger than that of an average notebook. The keypad spacing is moderate, its key way is slightly shorter, and it got a fast feedback which guarantees a seamless gaming experience. In addition, the RGB keyboard is equipped with an optional multicolor backlight which gives the user the power to have the Y720 shine bright or dim in any color combo. You will be sure to look good with this unique keyboard setup without sacrificing your gaming edge. The laptop also has a touchpad which is practical and has a large enough area to support Windows 10 gesture operation. The touchpad around the red lines also brought a good visual impact. It is worth mentioning that the Legion Y720 independent direction key design is very user-friendly. It possesses four keycaps to maintain a relatively large area which makes gaming seamless because multiple players have their independent direction keys. 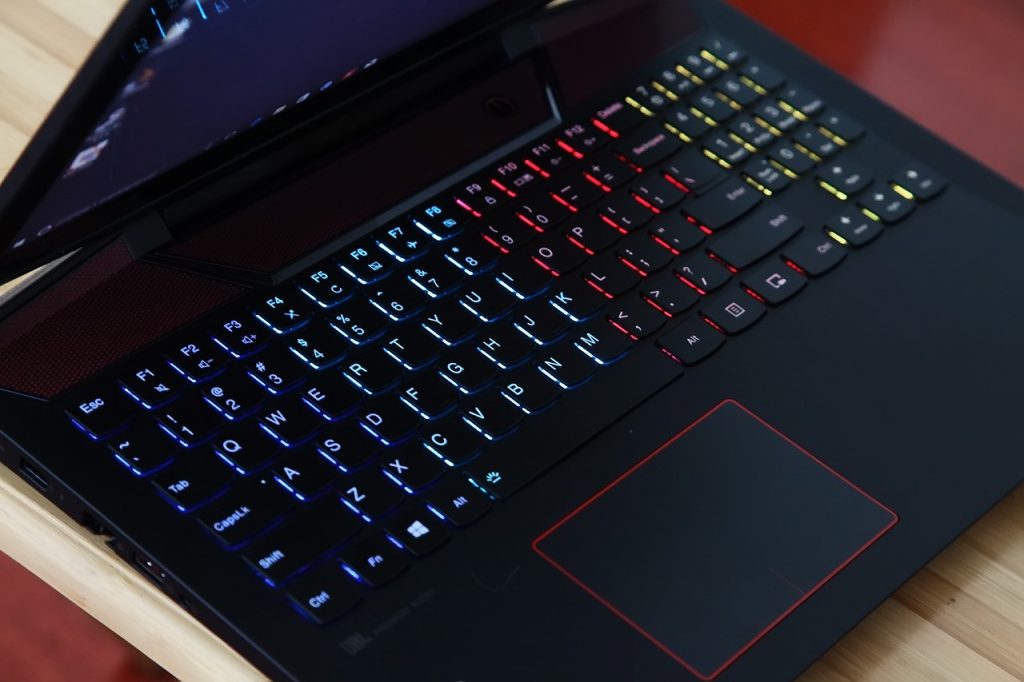 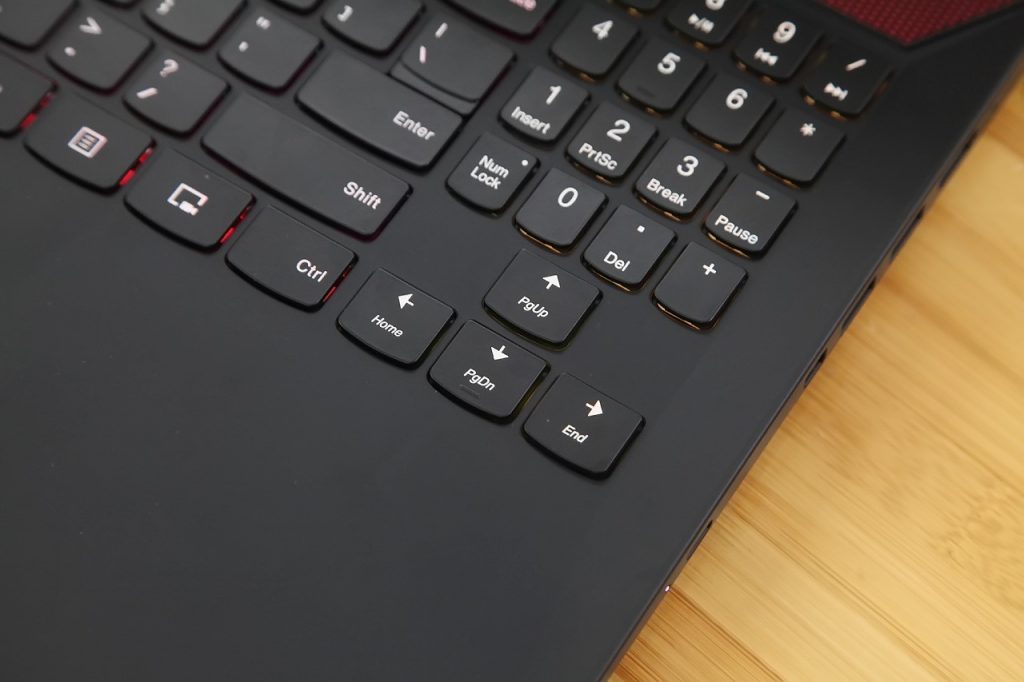 This machine’s fuselage on the left side has the square power port, an RJ45 network port, a USB 3.0 port, and a headset/microphone combo port. The right side of the fuselage is equipped with an HDMI port, two USB 3.0 ports, a mini DP port, and a USB Type-C (Thunderbolt 3) port. Overall, the Lenovo Legion Y720 port configuration meets the daily needs of its user as it comes with four data transmission ports, two video transmission ports and a universal Thunderbolt 3 port which is a complete configuration for any laptop. The USB of this product does it all. It lets you transfer files faster and reduce the number of different ports you need. It transfers data at speeds of up to 40Gbps and this compact port is unrivaled and can be used for streaming of 4K videos, charging with single-cable docks, pushing your games to maximum settings with external graphics and networking with inbuilt 10 Gbe. 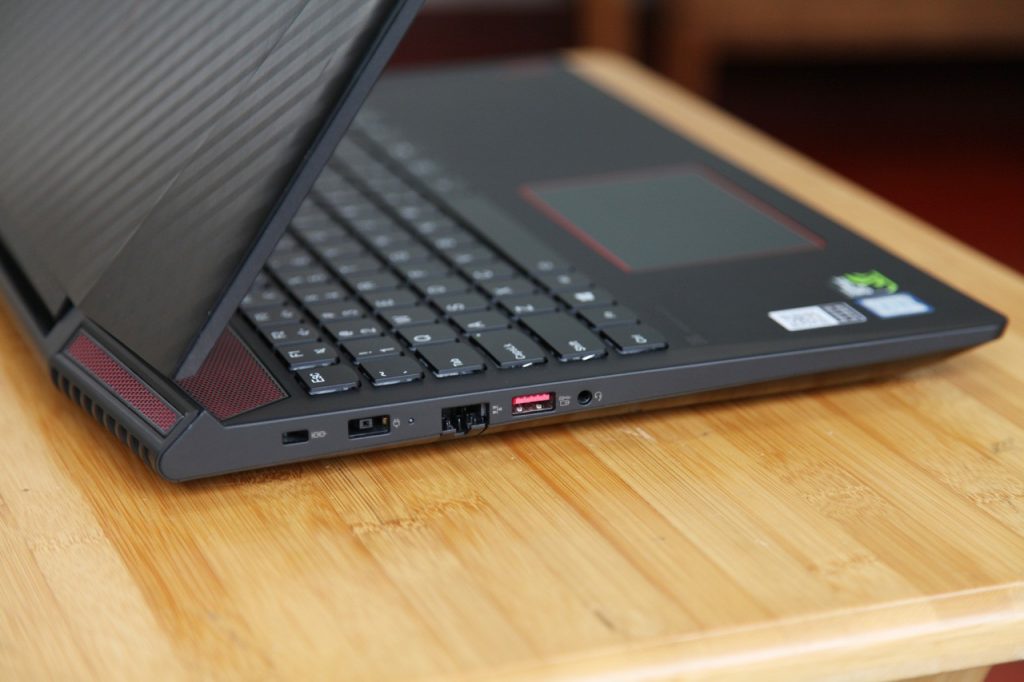 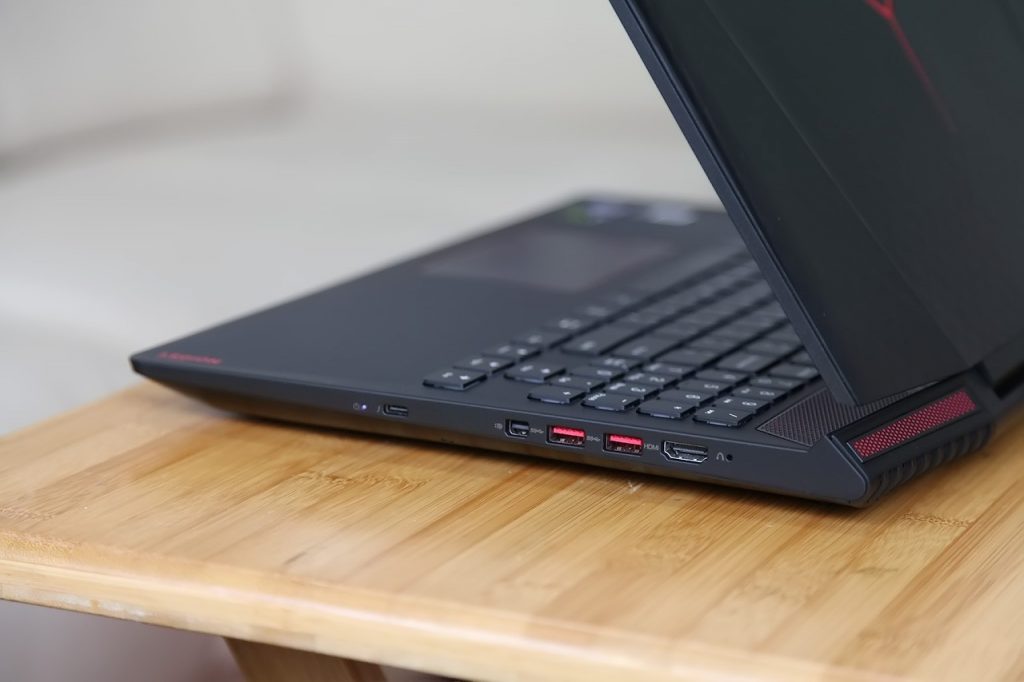 This laptop has a solid gaming sound effect mainly because it is equipped with a sound from the JBL system. The bottom of the subwoofer has excellent bass performance which makes the gaming process more immersive. The Legion Y720 has a metal weight of 3.06 kg, and a travel weight of 3.71 kg. The overall portability of this product is at the mainstream level. 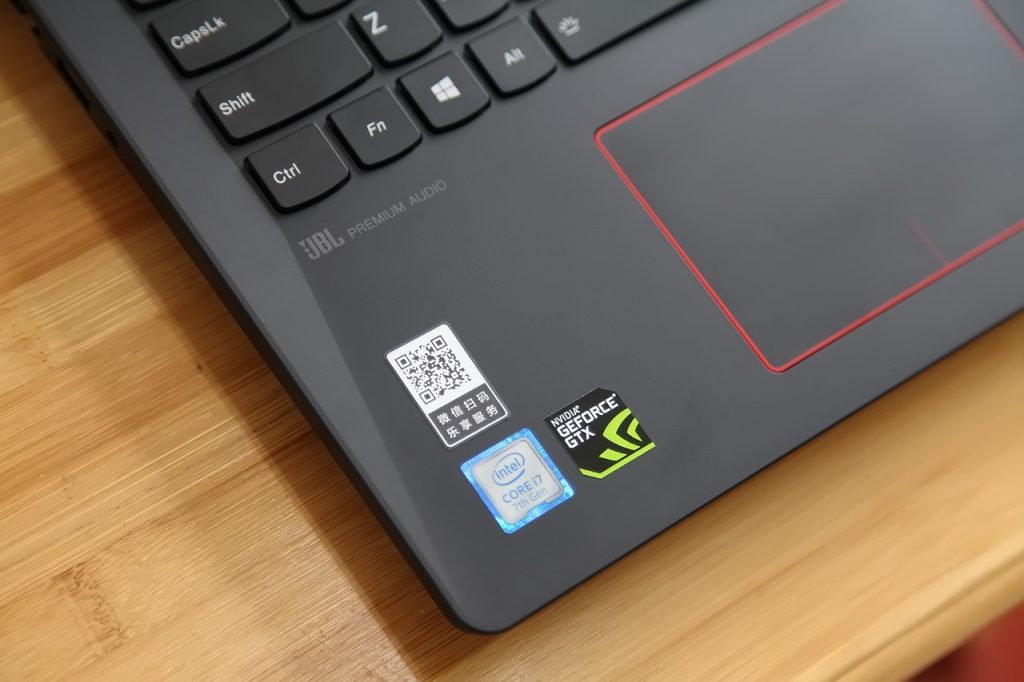 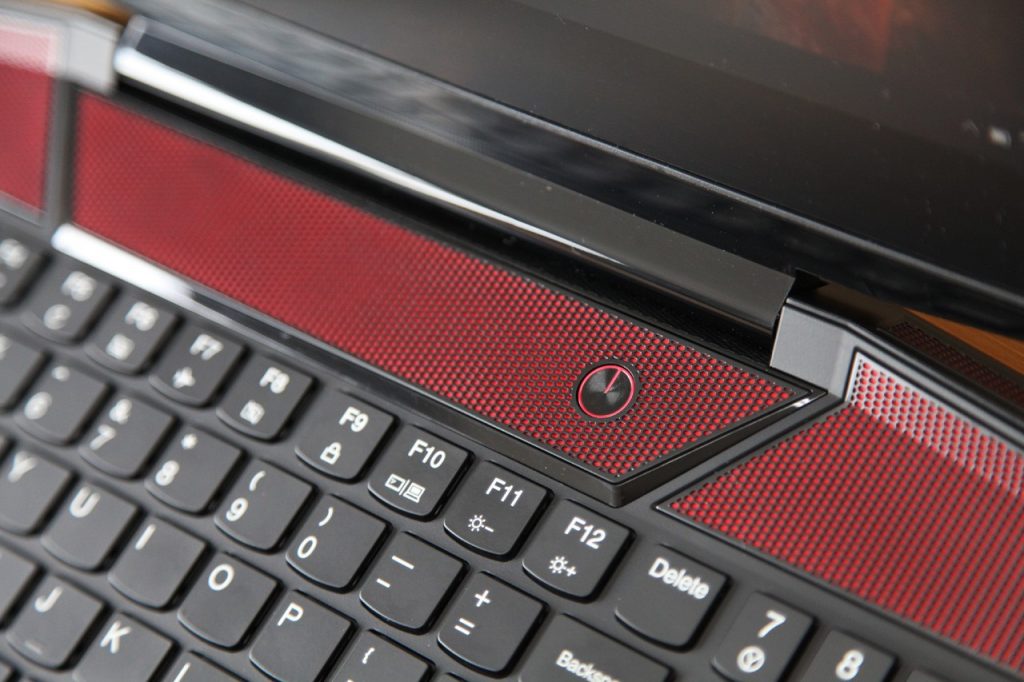 The Lenovo Legion Y720 is powered by an Intel quad-core i7 processor with 8GB memory, 128GB SSD + 1TB HDD. It sports a NVIDIA GTX 1060 graphics card with 3GB GDDR5 memory and it can handle any game you want to play even in a virtual environment. The power and portability of this laptop makes it perfect and the configuration of this system is top-notch which is enough for most the game applications.

The Lenovo Legion Y720 uses the Intel i7-7700HQ which is a common processor for gaming and it is based on Intel Kabylake architecture design. It is built using the 14nm manufacturing technology with four core eight threads clocking at 2.8GHz. Its Core frequency is 3.8GHz and TDP is 45W. CineBench R15 was used for testing its performance and this device got a final single-threaded score of 158cb, multi-threaded score of 727cb and its overall performance is normal. 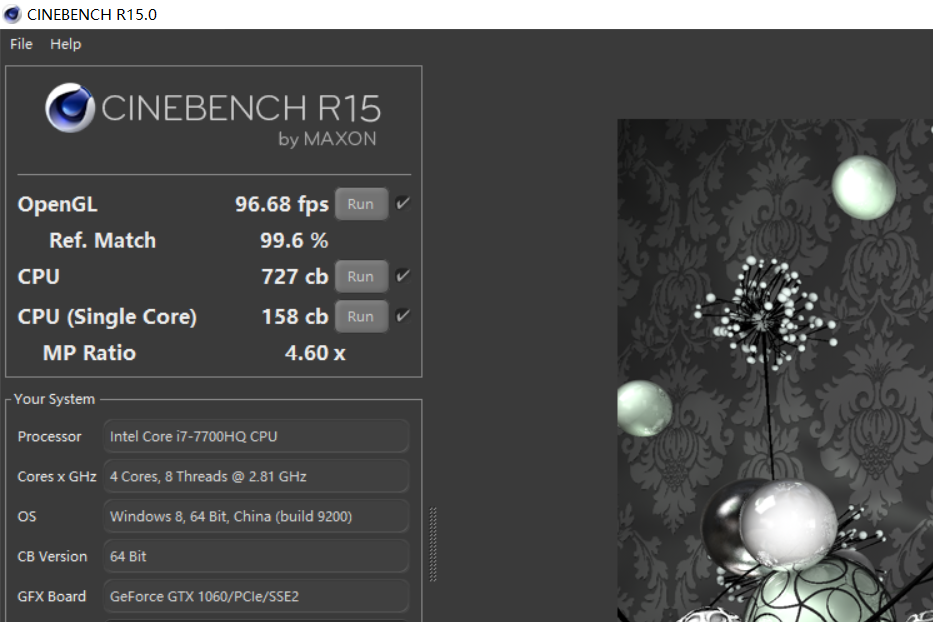 Just like its CPU, the GPU in this laptop is a very common graphics card. It uses the GTX 1060 which is designed based on NVIDIA Pascal architecture design using the 16nm manufacturing technology. Its core code is GP106 and it has a 1280 CUDA unit. The core frequency of the Y720 clocks 1405MHz, Boost frequency hits 1671MHz, and the memory bandwidth is at 192Bit. It has a memory capacity of 6GB GDDR5 and a 192GB/S memory bandwidth. For the performance, the 3DMark FireStrike was used for testing. It got a final graphics score of 11384 and the total score is 9305 which rated its performance as normal. 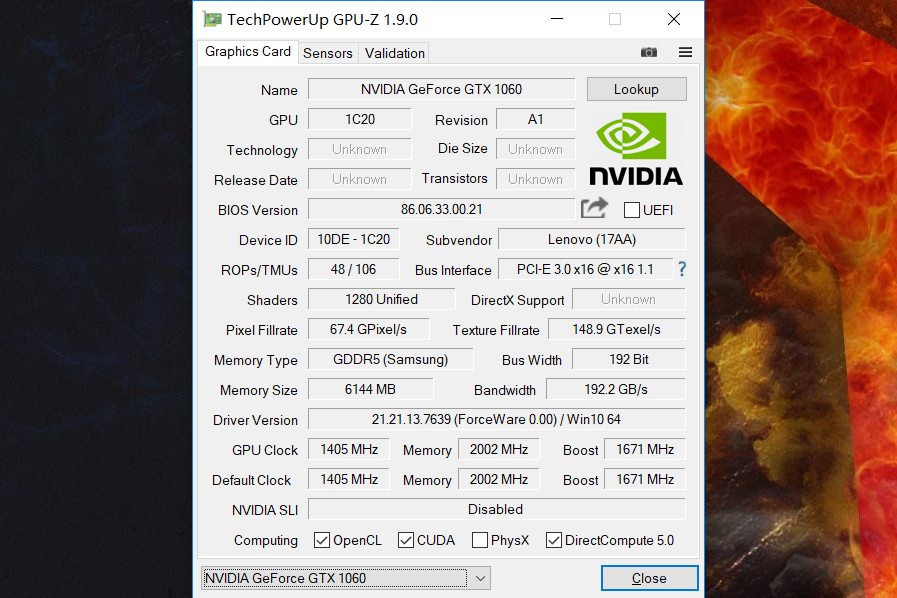 Since this is largely a gaming laptop, its GPU game performance is very relevant because graphics is one of the most important components for gamers. Three games were used to test the quality of the GPU. Tomb Raider 10 in full HD resolution and DX12 mode was used as a benchmark to test the quality of the GPU. It clinched a final average score of 74.14FPS, Mountain Peak 86.21FPS, Syria 62.46FPS, and Geothermal Valley 71.83FPS. In all scenes, the Y720 has excellent performance. In addition, “LOL” ran very smoothly on the Y720 with an average frame number up to 101. Finally, we used a well-known poorly optimized game “Jedi survival: Battle Royale” for testing and the number of relatively large fluctuations was minimal. However, it got a final average score of 60FPS. 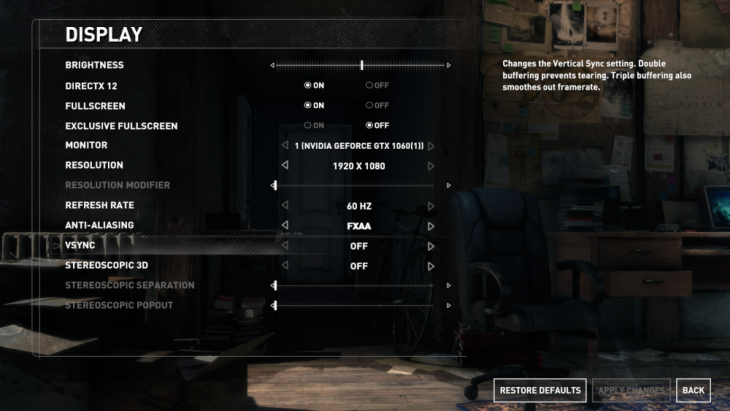 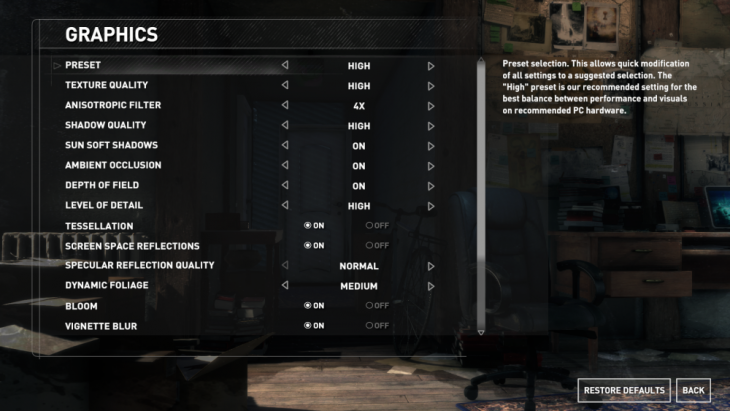 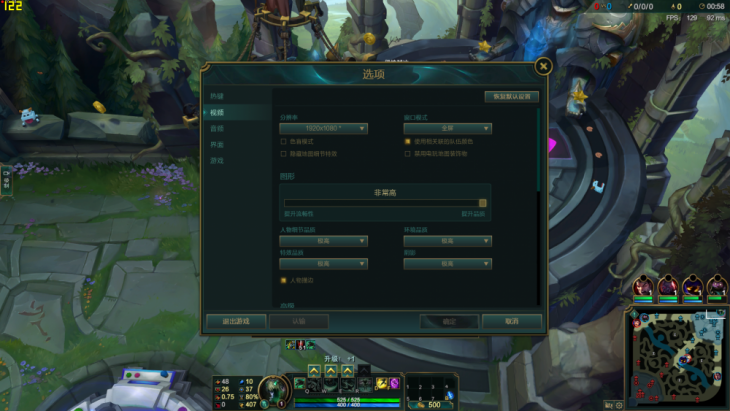 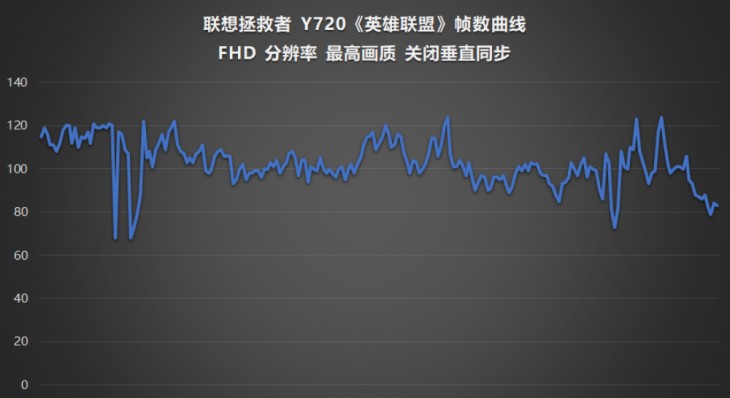 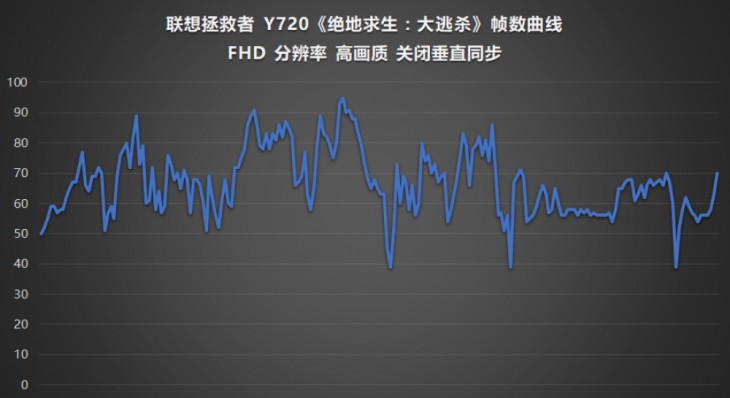 The Lenovo Legion Y720 is comes with a 128GB PCIe NVMe SSD from Samsung. Using the AS SSD for testing, we got a final read speed of 2360.69MB/s and a write speed of 651.44MB/s. Its 4K and random read and write results are pretty good. 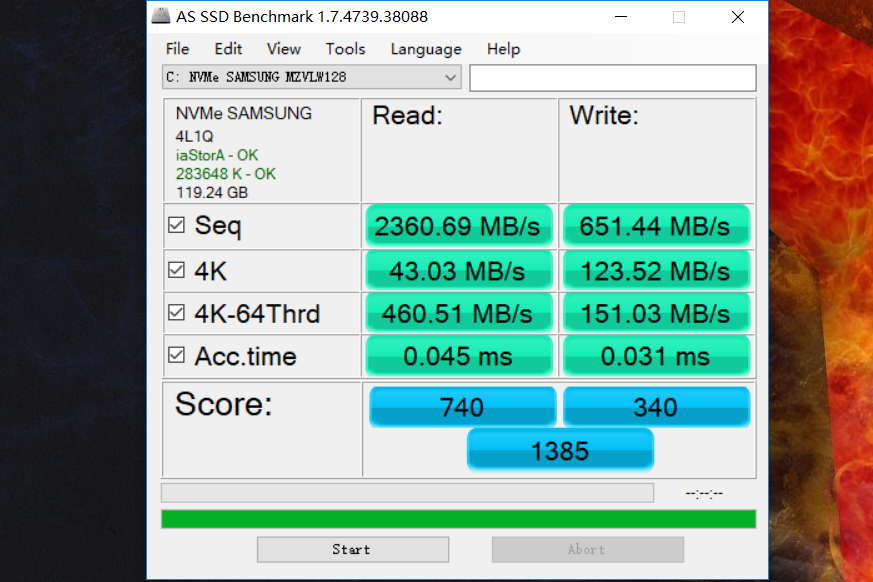 The HDD of the Lenovo Legion Y720 is equipped with a 1TB mechanical hard drive with a read speed of 107.94MB / S, write speed of 99.81MB / S, and the results after testing were normal. 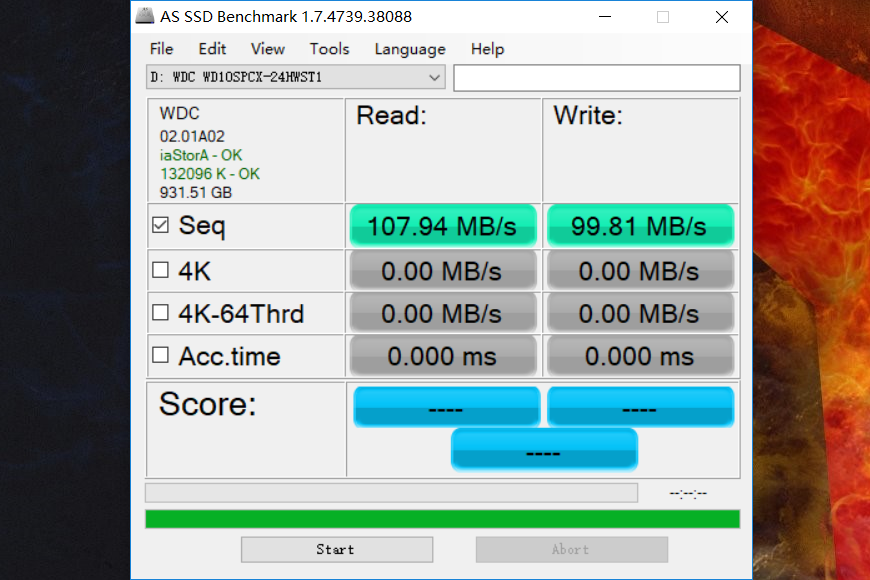 Dismantling the Legion Y720 is very seamless. All you have to do is to unscrew all the screws and the bottom shell can be easily removed. The flexible system of the hard disk makes this system very attractive. Users can upgrade their own 2.5-inch hard drive and 2280 specifications of the M.2 SSD. Lenovo has a good initiative by setting up two DDR4 memory slots, and with a shield, the current maximum can be equipped with 32GB DDR4 memory, thus multitask can be done with ease and no form of lagging will be experienced. 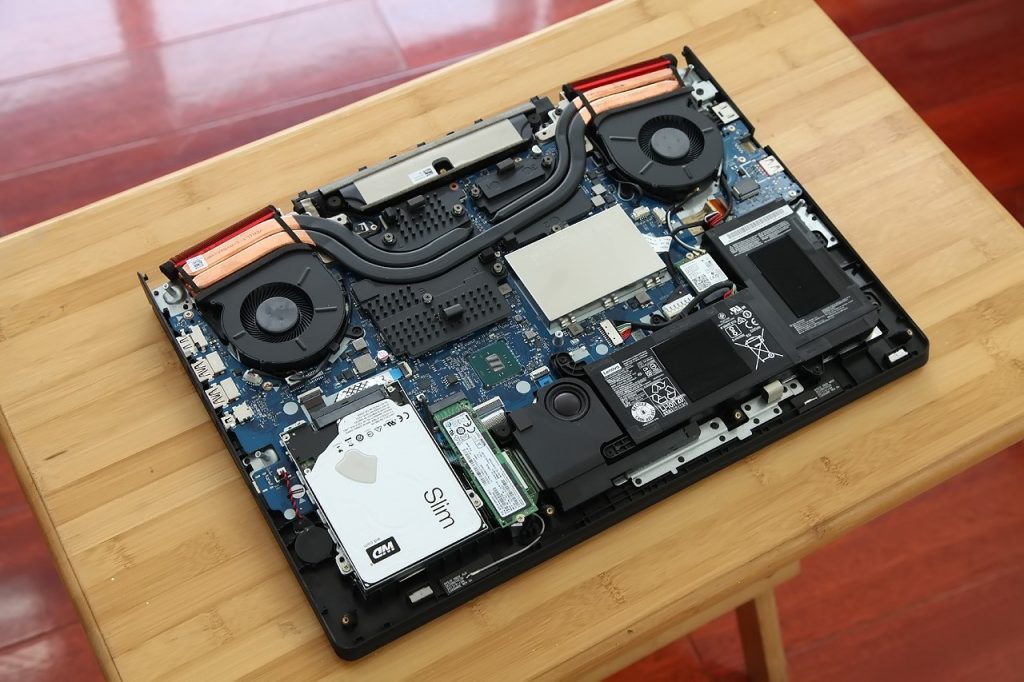 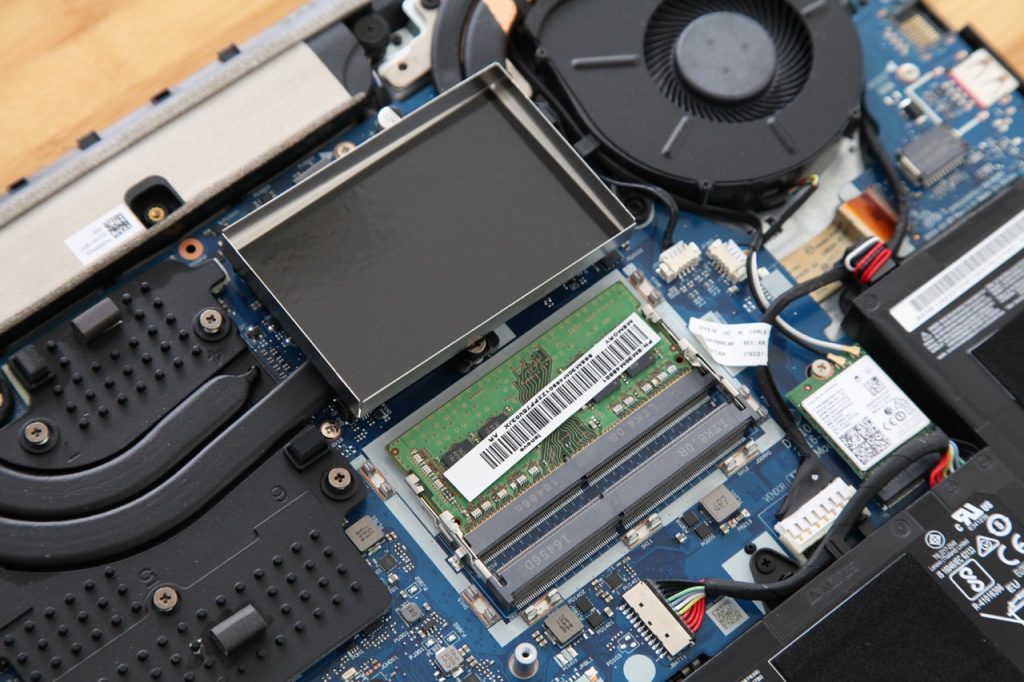 Heat is the immortal enemy of performance in gaming laptops. The Legion Y720 is designed to combat this foe with a new and improved thermal design that effectively dissipates heat via dual metal fans and rear vents. With the Quad-Core i7 and GTX 1060 alone, significant full load temperatures can be detected using the thermal imager detection technique. The maximum temperature of the keyboard surface is 57.1 degrees and the heat is mainly concentrated in the central area of the keyboard, as opposed to the entire keyboard surface. The bottom fuselage reaches a maximum temperature of 66.8 degrees and the heat is mainly concentrated in the cooling window which gives this device a good performance. When full load temperatures is reached, the Legion Y720 frequency lowers slightly but still remains at about 2.5GHz, and it has no effect on the normal operation.

The Lenovo Legion is a machine that was designed taking ever small detail into consideration such as excellent keyboard touch, normal arrow keys size, high-speed lightning 3 interfaces, and a complete display output interface and so on. The I7-7700HQ combined with the performance of GTX 1060 is also fully able to meet the needs of mass gamers. Looking the prices of similar products, the Legion Y720 has a strong enough case in terms of competition considering its cool appearance, RGB keyboard backlight, IPS screen and many more elements which are more than enough reasons to buy this machine. In the light of the performance of this laptop coupled with its premium design and excellent hardware, this machine is currently available in the JD.COM for 10,999 Yuan which is about $1668.