This year, ThinkPad unveiled the L series which is tailored for businesses. This series inherited the ThinkPad’s classic design and stability which is solid and reliable for business managers and buyers because it is durable and very cheap to maintain. In terms of performance, ThinkPad L series meets the daily needs of various departments in the office. It is perfect for enterprises as it can provide customized services for different applications, in order to further reduce the overall cost and enhance the efficiency of the enterprise. 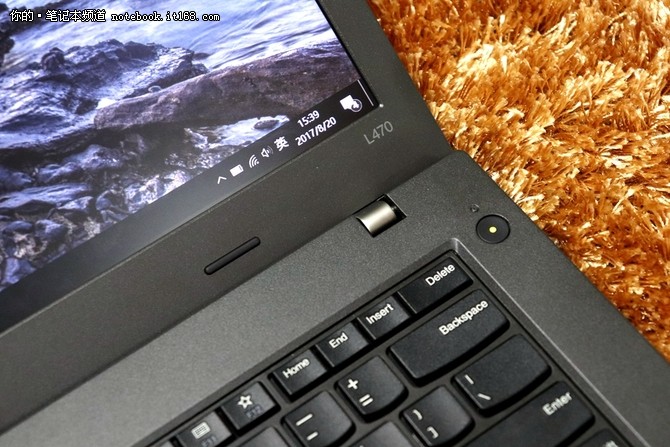 The ThinkPad L series has two products for now which include the 14-inch L470 and 15.6-inch L570. The L470 is equipped with an AMD Radeon R5 M430 (2 GB DDR3L) GPU and a detachable high-capacity lithium battery for long life span while the L570 has its strength in its screen as well as its stronger and better interfaces.

This review looks at the ThinkPad L470 which comes with an Intel Core™ i5-7200U coupled with 128GB SSD + 1TB HDD. This notebook is designed to offer users a fundamental enterprise solution with legacy technology. Get great performance, legendary reliability, and enterprise-worthy security from this versatile business machine.

The appearance of the ThinkPad L470 is just the same as the ThinkPad classic. They have the same color and same build materials. However, one of the most impressive features of the ThinkPad L470 is its 9 hours of battery life. The keyboard and hard disk of this notebook are built with solid materials, and its security performance is of military grade. The ThinkPad L470 has a body thickness of 22mm and weighs about 2kg. This is not the lightest of notebooks as we have notebooks with weights well below 2kg, however, the ThinkPad L470 has its own advantages and charm, which is more appealing than its weight. In addition to the classic quality of ThinkPad, with a very high battery life, excellent performance, long battery life (external lithium battery) and its durability, it has an excellent sound which is barely heard even by the operator.

The ThinkPad L470 hardware configuration is relatively high. It comes with a 14-inch IPS screen with resolution of 1920 × 1080. When compared with the L460, it is a huge upgrade considering its seventh generation Core processor, AMD R5 M430 GPU, and 128GB solid + 1TB dual mechanical hard drive. These hardware’s boosts its performance which makes it just suitable businesses. See the table below for the ThinkPad L479 detailed configuration.

The body of the ThinkPad L470 is molded from a plastic material with a matte texture design. It comes with a classic black color and it was certainly designed to impress with its premium feel. As usual, the right corner of the A-side has the ThinkPad logo with a small red dot with a less obvious word “Lenovo” appearing on the opposite left corner of the A-side. Just like the classic ThinkPad, the changes in the C-surface are not conspicuous. Nevertheless, it uses the floating island-style keyboard with a symmetrical curvature keycap, key course up to 1.8 mm which ensures that the two fingers do interfere with each other so that typing input can be more accurate and fast. 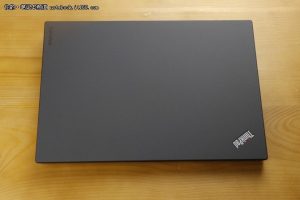 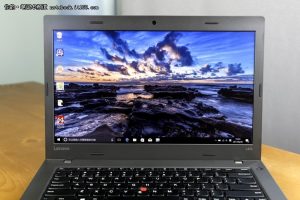 The power button has a round design and is located at the upper right corner of the notebook. It gives a green light at the center point after the boot and it is easy to press. Also, on the same side as the power button is the fingerprint identification module. This gives an express login to your computer without a password and this further fortifies the protection of your personal private data. 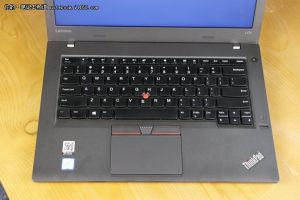 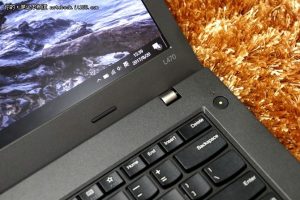 The little red dot on the ThinkPad’s logo is called the “TrackPoint”. It is an alternative for the touchpad and it creates a more efficient way of interacting with the system and with this feature, your fingers never really have to leave the keyboard. It takes about an hour to get used to it and once that is done, you will feel it is better than sliding on the touchpad. 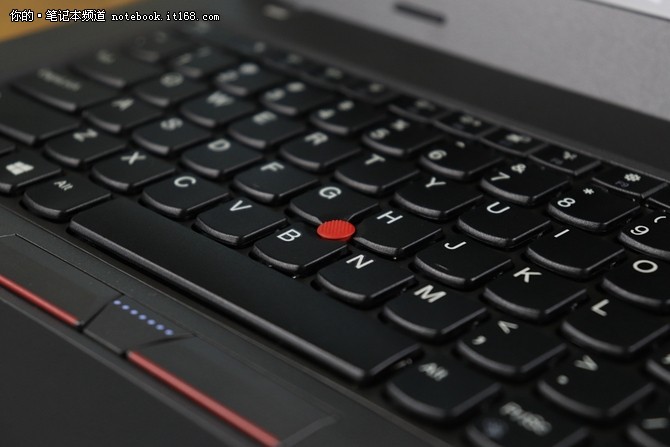 For input, the ThinkPad 470 provides numerous options. The TrackPoint, the mouse and the standard touchpad can all be used as an alternative to each other. It is a matter of preference and which of them works seamlessly for a particular user. 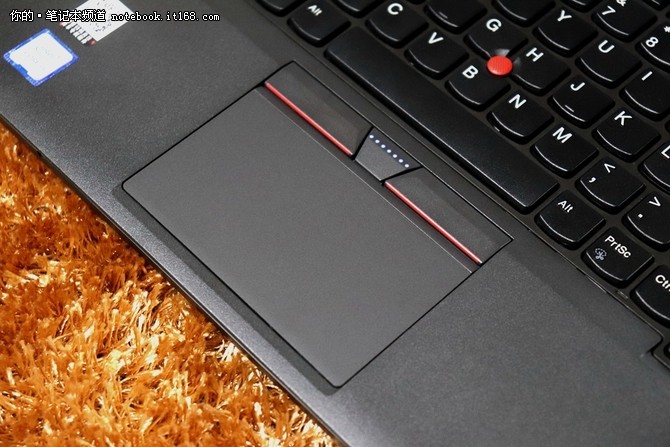 The ThinkPad L470 machine has a dimension of 339mm x 235mm x 23.9mm which is not a small laptop, but we all know that top-notch hardware comes with size and weight in many cases. It is also equipped with an external lithium battery which is meant to bring longer battery life. The drawback of the large-capacity battery is that it increases the weight of this machine but aside giving longer power life, it protrudes the rear so that the operator has a better input angle and cooling space. 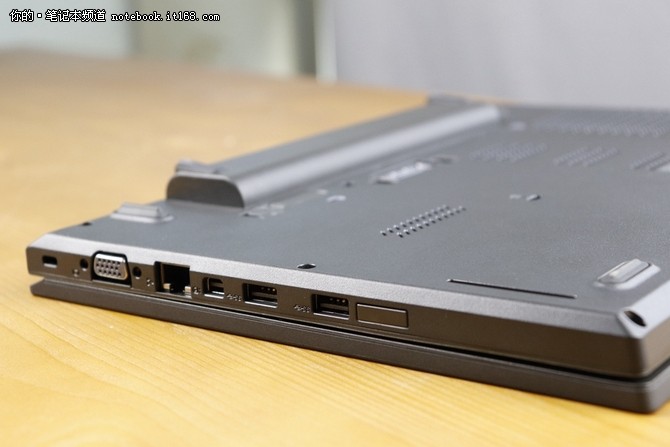 It is worth mentioning that the speakers of this laptop are located at the bottom of the system with some slender openings for the sound to come out perfectly. The sound effect is quite good and if the volume is increased to maximum levels, it can be heard clearly within a few dozen square meters of a conference room. This feature is very useful for businesses. 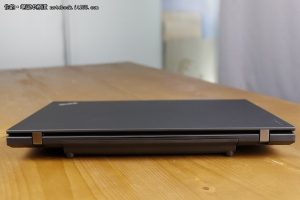 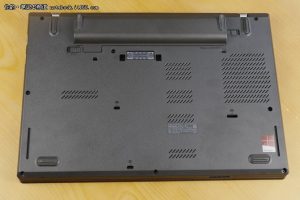 The Lenovo ThinkPad L470 has the perfect interface for businesses. It retains the VGA and RJ45 port which is also compatible with some older equipment’s and it also has a mini-DP. In addition, there are three USB3.0 ports, a four-in-one card reader, and a headset/microphone jack. This interface setting is complete and practical as is found in many top-of-the-line laptops. Apart from the premium appearance of the ThinkPad L470, you get a very classic operational feel as you can connect a projector using a VGA cable and no longer with the adapter cable. 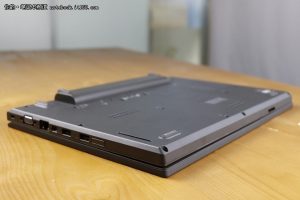 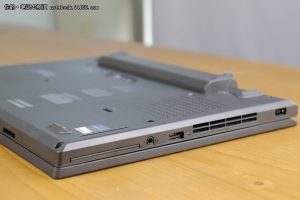 Let us now take a look at the hardware information and testing to ascertain the performance of the hardware.

The ThinkPad L470 upgraded to the Intel seventh generation Dual Core the i5-7200U processor clocking 2.50GHz (the highest core frequency in the industry for now is 3.1GHz). It is built with the 14nm process technology and has a Thermal Design Power (TDP) of 15W with integrated Intel HD Graphics 620 graphics card. This processor is a low voltage device and the processor detailed parameters can see below. 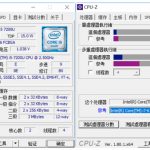 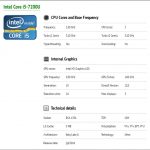 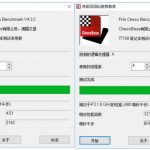 In terms of performance, the i5-7200U i5-7200U is an upgrade with respect to the previous generation (i5-6200U) and its performance is quite close to that of the i7-6500U. For a business laptop, we can imagine the pressure on the operating system, browsers, PS and others parts of this laptop because most users have multi-threaded and multi-task operation requirements. To ascertain the performance of the hardware, the CINEBENCH R15 test was used. The processor in the graphics rendering and other aspects of the test was on a good level. 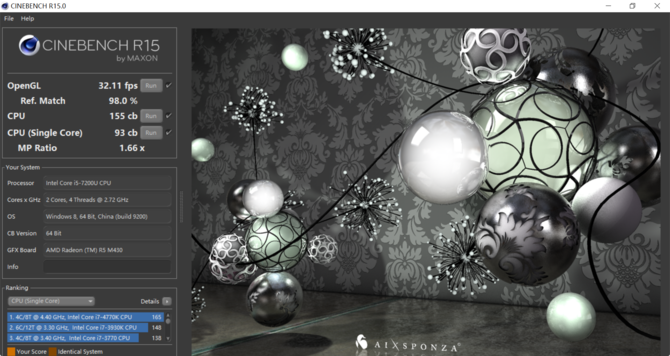 This notebook is equipped with 8GB of memory but if the task volume is conspicuously larger and the operation needs to be faster, you can increase it to 16GB. In addition to running the speed, the ThinkPad L470 comes with 128GB SSD + 1TB HDD which is the most mainstream storage that can or would be found in a few years’ time and business users would not lament for inadequate storage. 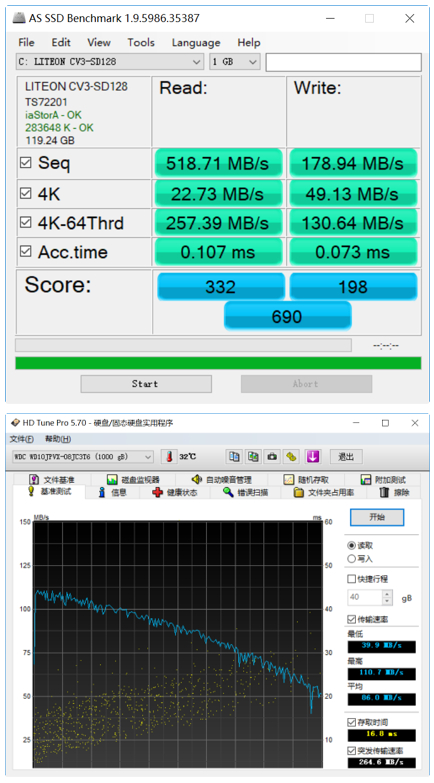 This notebook comes with a 1080 high-definition display, but also comes with an optional graphic card, AMD Radeon R5 M430 2G which has a strong advantage and can deal with audio and video and other aspects of the visual experience. The presence of this optional discrete graphics card means that your ThinkPad L470 will have more processing power to handle more graphics-intensive apps. Rely on a dedicated processor to rev up your graphics capability without draining precious processing power from your software. 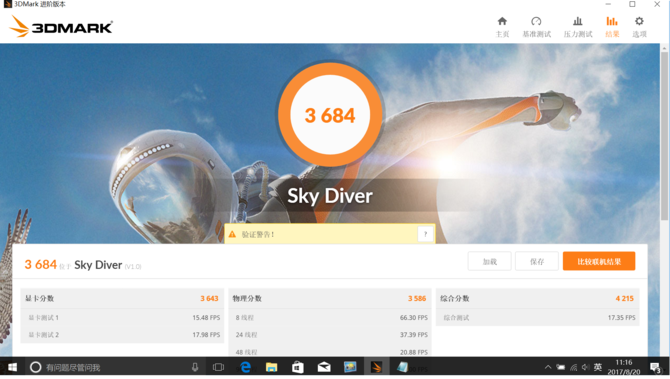 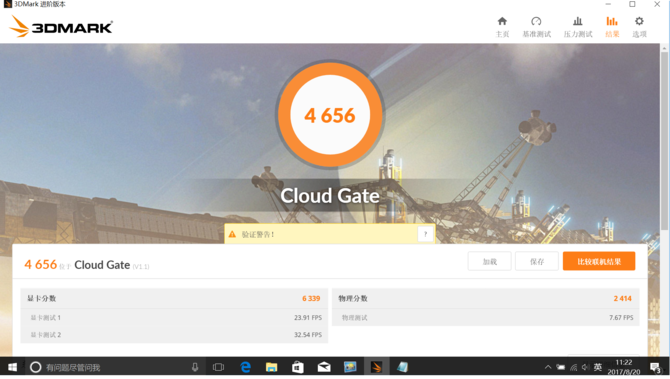 The ThinkPad L470 has a cooling port on the left side of the fuselage. It uses a single fan copper tube to reduce internal heating. From practical operations and the tests conducted, this fan is very silent which makes it better because no one likes to hear the fan noise. The maximum temperature on the entire C surface is almost non-existent because in most cases, it is not felt. After using AIDA64 for high-performance pager, the processor temperature is always stable below 80 degrees. Through the thermal image detection of the keyboard area and D side, we can also clearly see that the heat is mainly concentrated in the left fuselage. The keyboard surface has a temperature of up to 46 degrees, while the bottom has a maximum temperature of 55 degrees. It should be noted that, for a business office which bears large work load, this heating system is on the low-end and you can be assured of optimum performance. 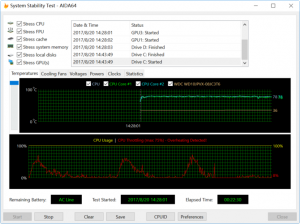 In a business office, the battery life of the computer system is perhaps the most important factor to consider. No proper business man wants to get shut out in the middle of a transaction simply because his laptop is not efficient. If you and having a half day meeting in the conference room without any adapter, the ThinkPad L470 would not get you disappointed. In addition to solid work, the ThinkPad L470 brings another good experience added to its in-built life time, the battery is separable and it’s a larger version (72W). Through the intelligent power management system, this battery will take you for over 9 hours on a web video showing a high-definition drama series. The display takes only about 10% of the total power consumption. 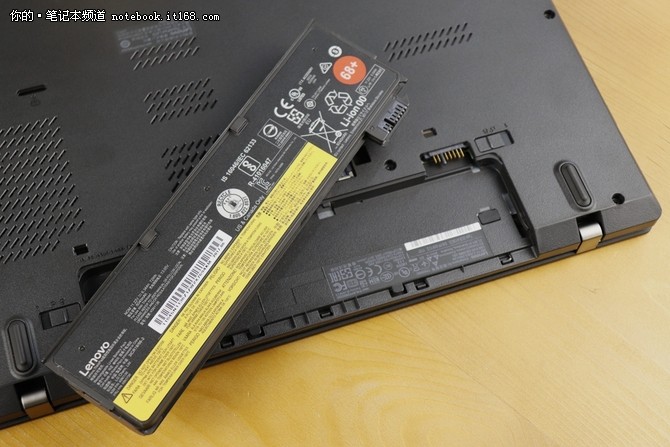 In truth, there may be the need to upgrade the ThinkPad L470 and the hardware’s to be upgraded are mainly memory and hard drive. We all know that most laptops have small body volume thus the memory and hard drives which are integrated on the motherboard are not upgradable. This problem does not exist in the ThinkPad L470 because you can upgrade its own memory or hard drive. When you configure your L470 storage, you can go with the latest and fastest SSD or a larger-capacity mechanical hard disk drive. Each has advantages thus you can go with whichever will integrate better with your company and preferences.

There is also a very convenient dock at the bottom of the fuselage which is one of the unique features of ThinkPad. If you think that the user interface is not adequate or you need to enhance the performance of the whole program, then you can use the dock. Keep your space clean and organized by connecting all of your peripherals to the ThinkPad Dock. That way, when you connect your L470 to the dock in a snap, everything else you need will already be there at your fingertips.

As stated earlier, the ThinkPad L470 is strong, safe and it is built with long life. These advantages make this product suitable for any purpose whether work or play. Sometimes, I ask myself the question “Why do I really need a ThinkPad L470?” The answer to that is quite simple. As a business personnel that is vested with loads of office work, I do not only enjoy its high efficiency, I also trust the ThinkPad in terms of maximum performance, security assurance and low-cost maintenance which is very important.