Before starting to disassemble, we take a look at the specifications and appearance of the ThinkPad P50.

The laptop using full black carbon fiber body, there are “ThinkPad” and “Lenovo” brand identity on the left and right corners of the back lid, but this generation’s “Lenovo” logo surprisingly small, could see that Lenovo intends to dilute “Lenovo” brand.

It did not use the more avant-garde Intel RealSense camera. As with all high-end ThinkPad products, ThinkPad P50 screen can be flipped up to 180 degrees. The left side of the LCD hinge also has a hard drive status indicator.

It has FHD and 4K resolution option with IPS technology and does not support touch. In our case, the laptop with an Intel Xeon E3-1505M V5,16GB of memory, 512GB SSD, Nvidia Quadro M2000M (4GB) discrete graphics card. 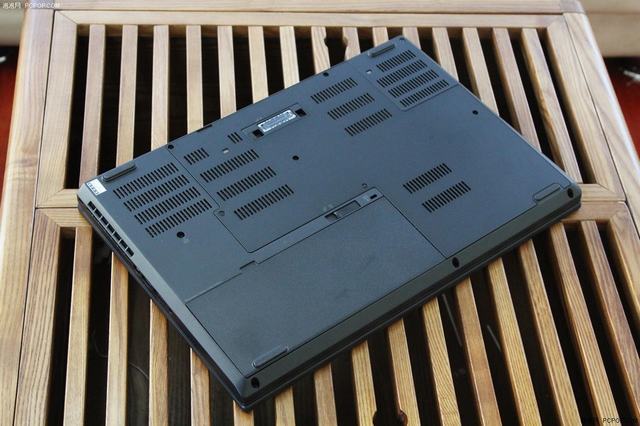 2. Removing the service cover
Loosen six screws securing the cover.
Pry up and remove the cover. 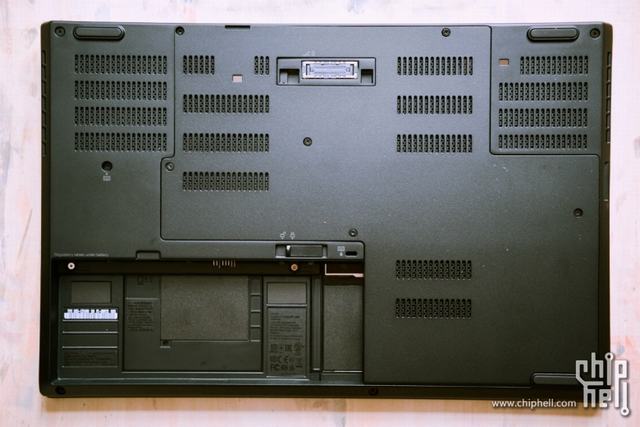 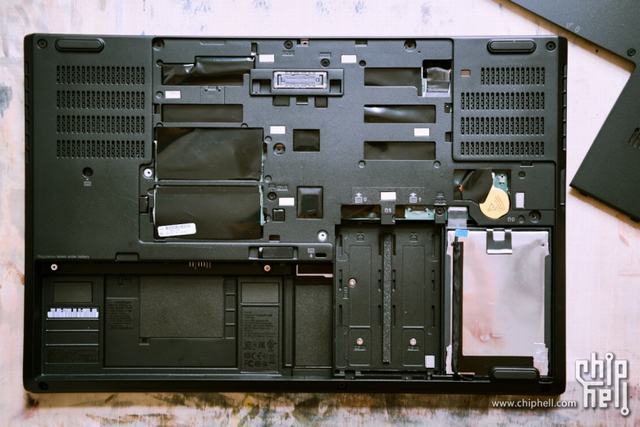 3. Upgrade Options
Under the service cover, you will be able to access two RAM slots, two M.2 slots, a 2.5″ HDD bay and a SIM card slot.
Unfortunately, if you add SSD and HDD, you have to order SSD bracket and HDD SATA cable from Lenovo website. 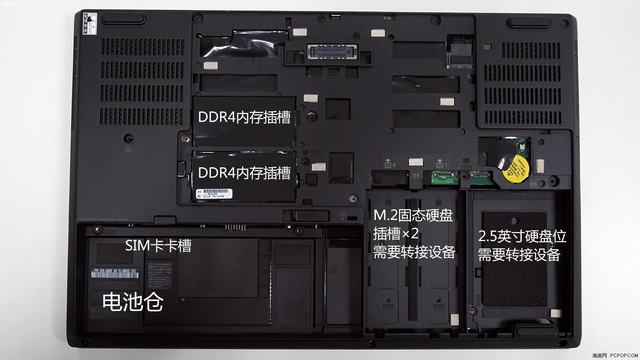 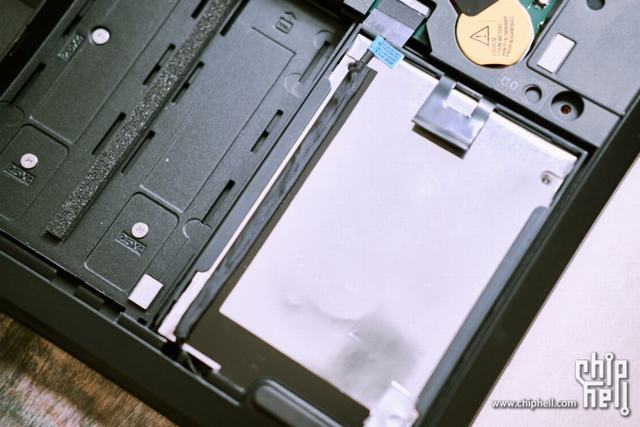 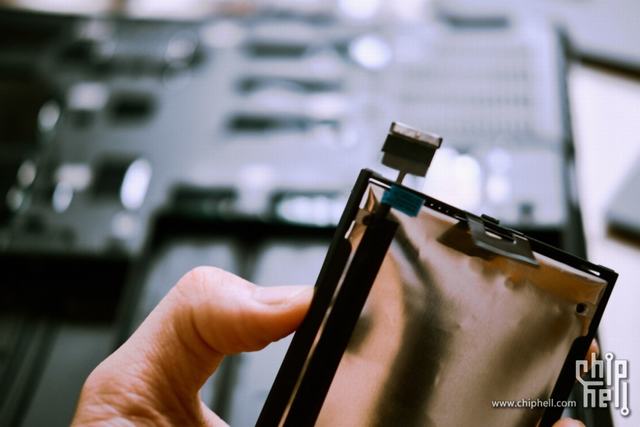 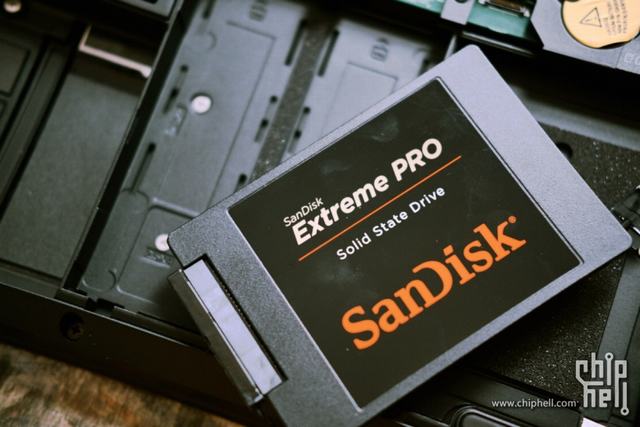 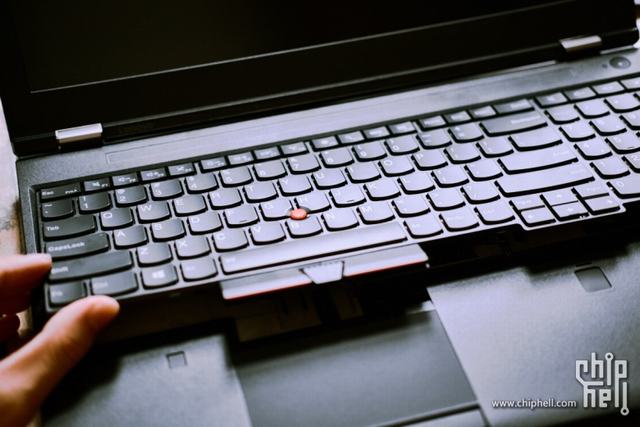 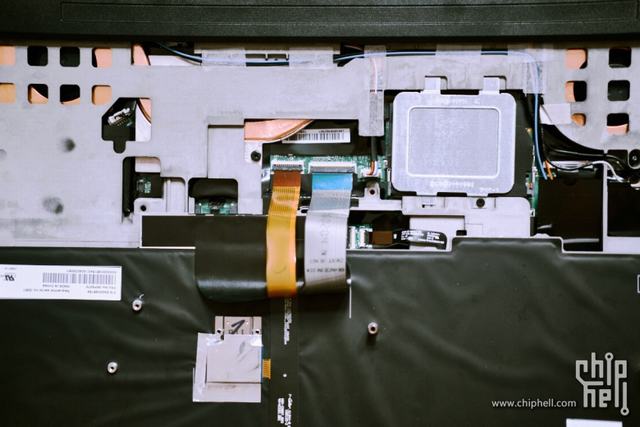 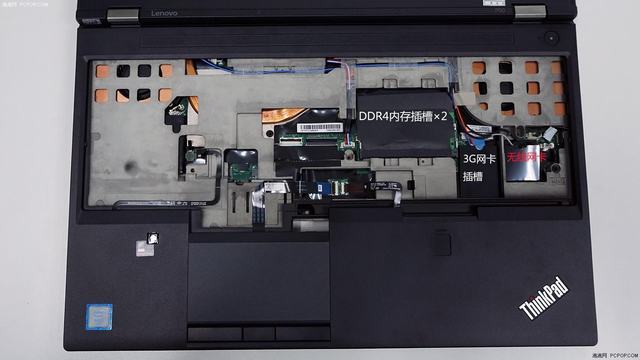 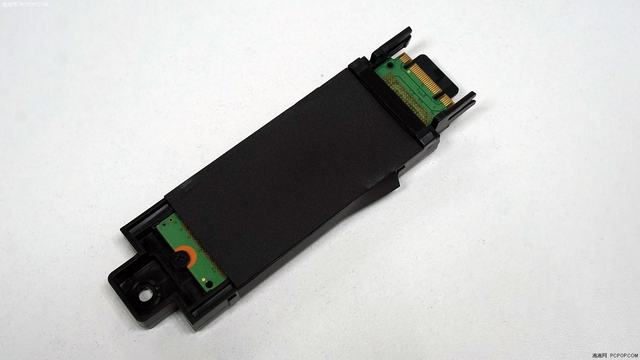 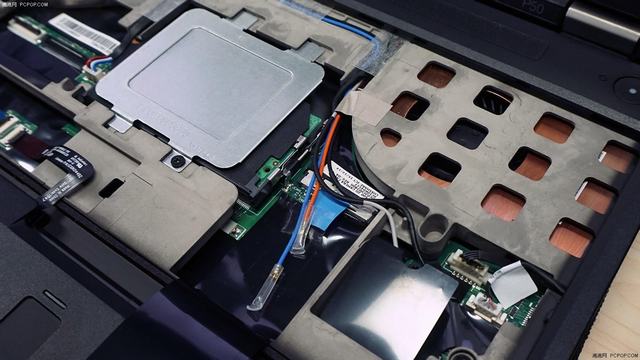