In this guide, I will disassemble a Lenovo Yoga 920 laptop. I will remove the bottom cover in order to access the battery, RAM, SSD, Wi-Fi card, keyboard, touchpad, speaker, cooling fan, heat sink and motherboard.

Its back cover is still using a single piece of aluminum alloy plate, the YOGA 920 with the hidden air inlet and outlet design and the back cover without any cooling holes. There is no hole to solve the antenna problems, and it only has small holes are provided for JBL speakers on both sides of the lower part. 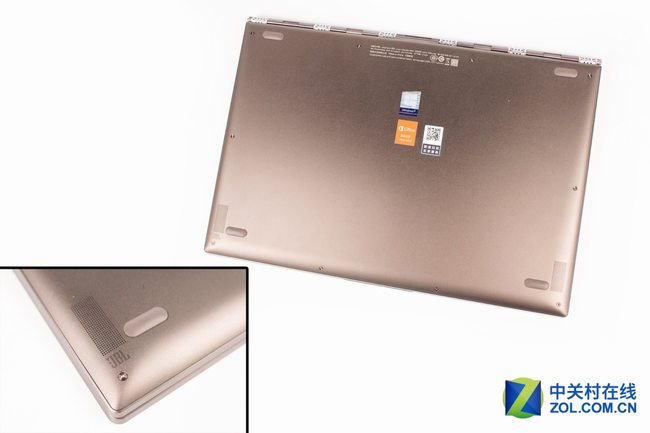 Unscrew ten screws securing the back cover. You can easily remove the cover. You can see that the layout of the whole interior is simple and clear, and there is no messy cable arrangement. The overall black style has Macbook’s style.

Before continuing to disassemble, we need to disconnect the battery connector from the motherboard. 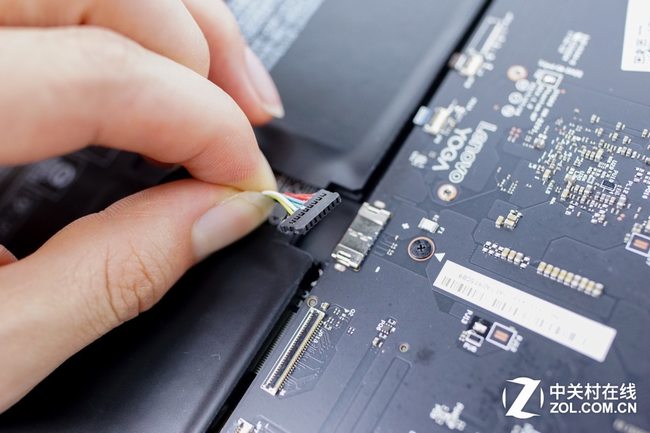 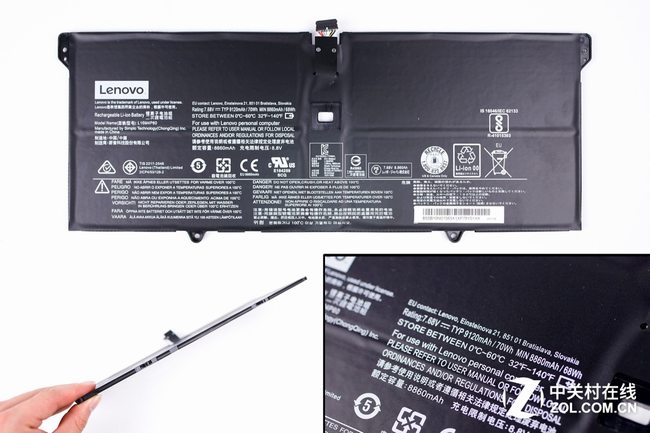 After the battery is removed, it is also obvious that the YOGA 920 cable is much tidy than the YOGA 910’s. 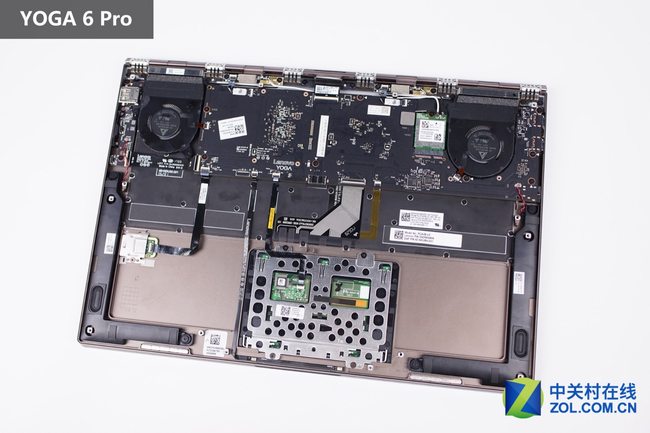 The speaker is larger than the previous generation. It also makes YOGA 920 speakers sound better.

The touch panel is covered with a thin glass, which can improve the touch feeling. There is also a metal plate on the back to ensure the stability of the point when touching the touchpad.

Take off the touchpad. You can see the two noise reduction microphone cable, can be said to be quite neat. 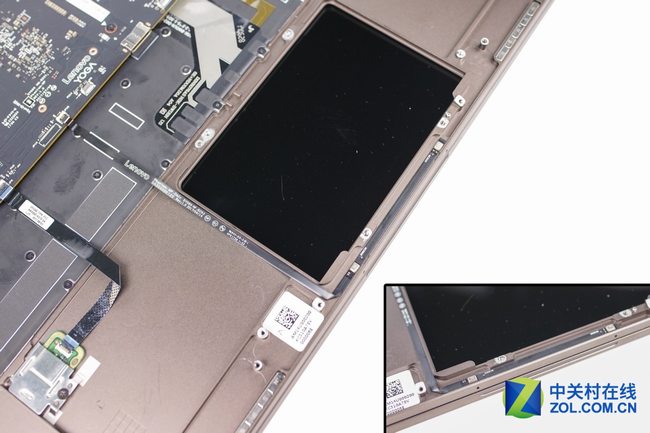 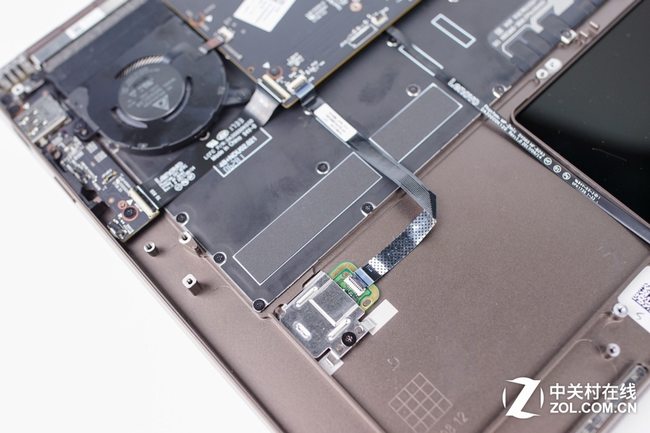 The fingerprint module provided by Synaptics. 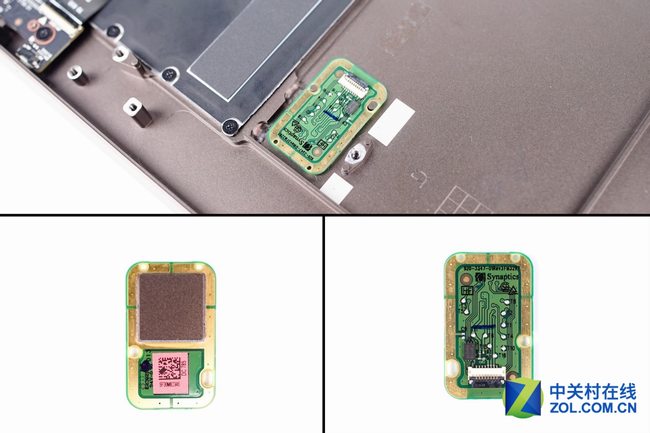 The I/O logic board connection cable 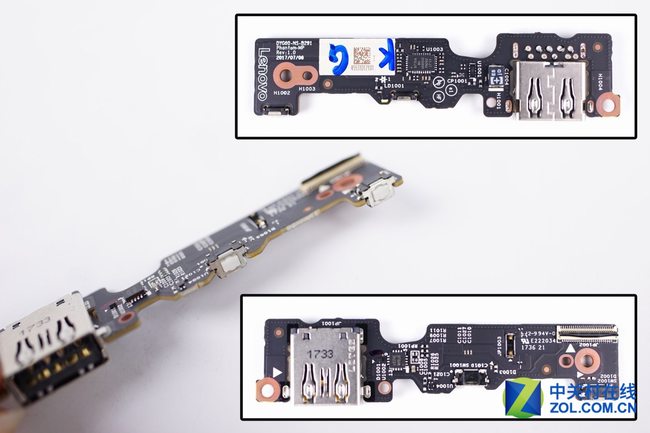 Yoga 920 and Yoga 910 using the same wireless card, the antenna cable design is basically the same as the Yoga 910. 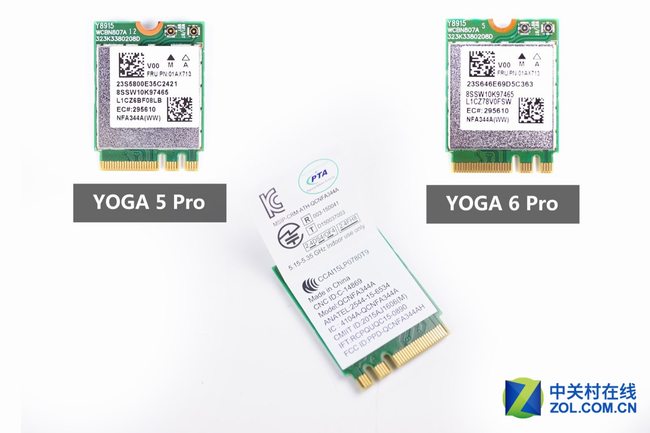 The screen cable hidden in the LCD hinges has been the practice of several generations, the screen cable, and camera cable together as one, placed in the center of the three-section LCD hinges. It will not affect LCD hinges 360°movement at the same time, but also ensure that the cable will not be over-bending. 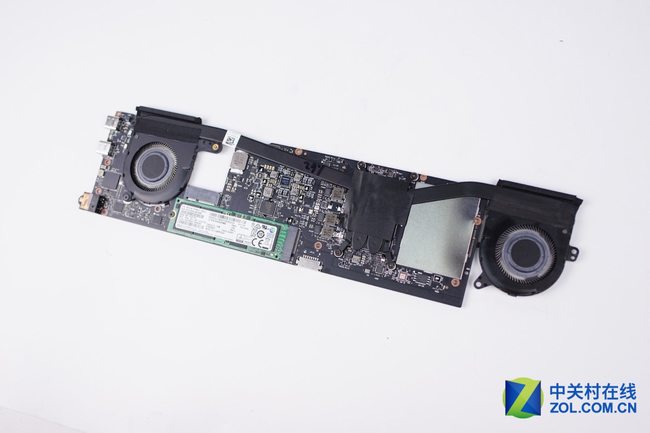 Before removing the heat sink module, we first need to disconnect the fan cable. 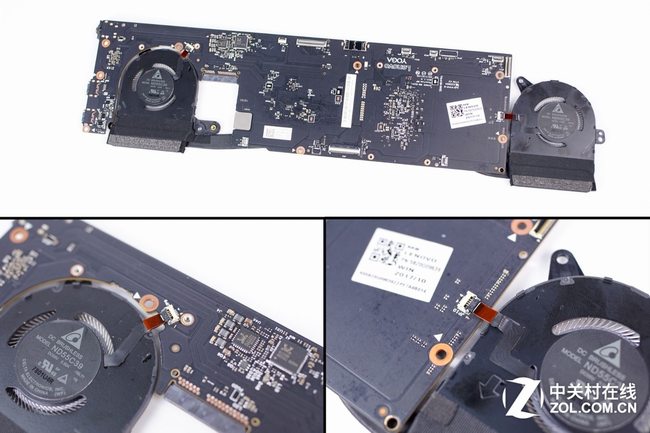 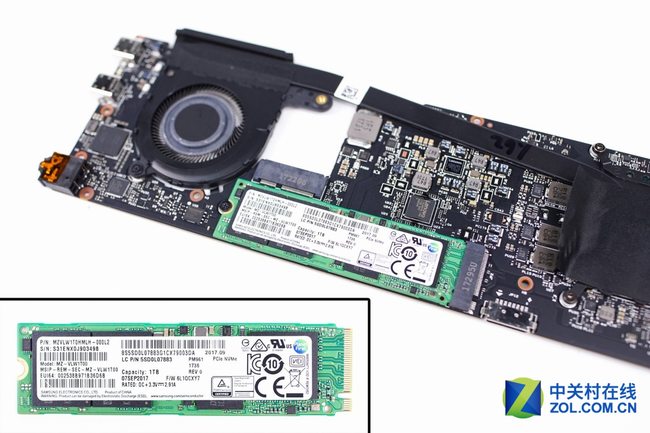 We split the fan to make a close-up of the fan blade. 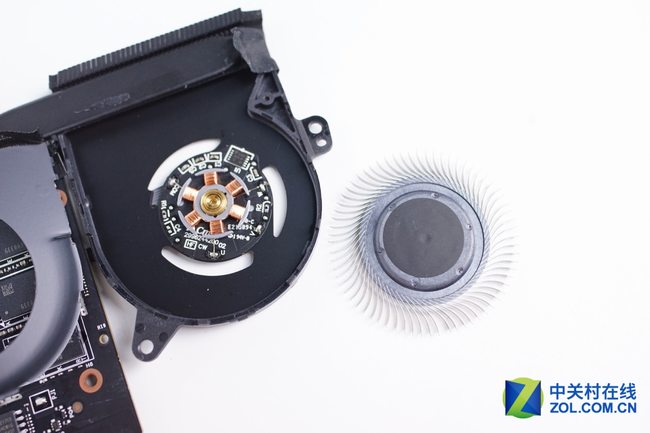 Because the fan’s metal blade is very thin, which is conducive to improve the density of fan blades, to bring greater air intake and air flow. 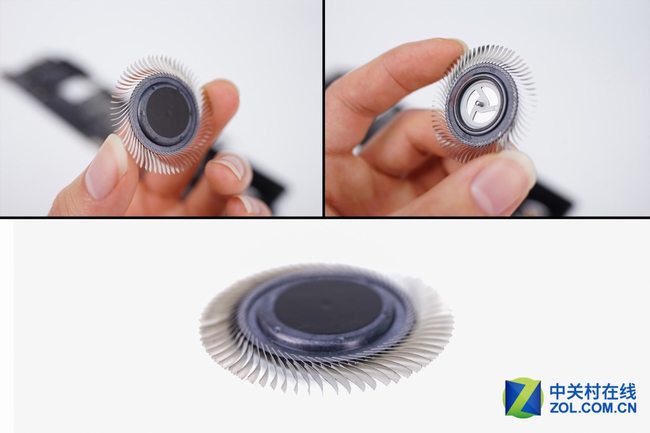 Remove the metal shield. You can see eight memory particles evenly distributed on the motherboard, constitute the memory capacity of 16GB. 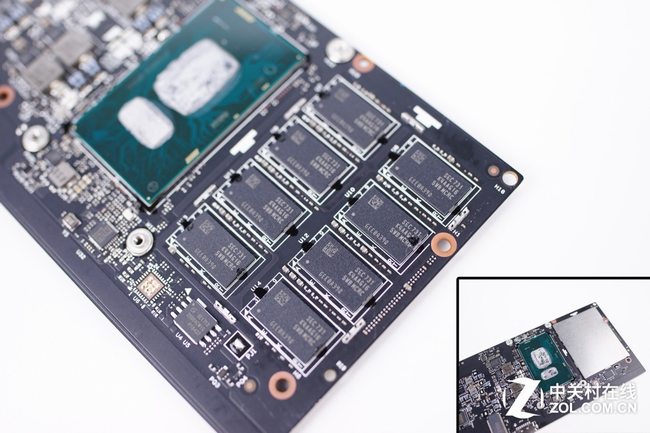 The back of the motherboard has two important chips, namely: Realtek ALC3268 sound card chip is very common in a laptop, but the Realtek ALC1304 is less common.

After removing all the screws securing the LCD hinge, the LCD screen can be separated from the motherboard. 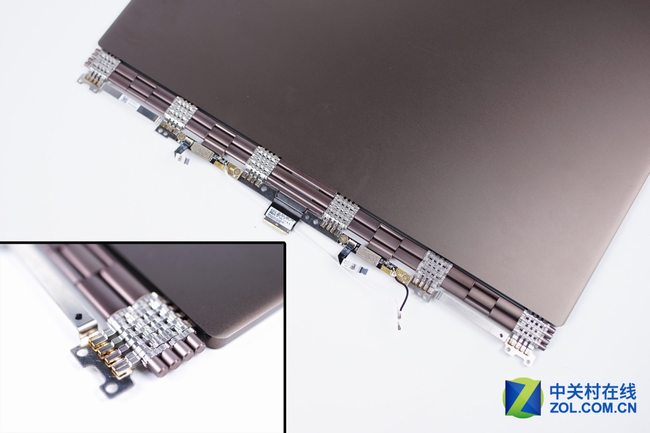 After you remove the motherboard, you can access the keyboard. It is fixed by a lot of screws. 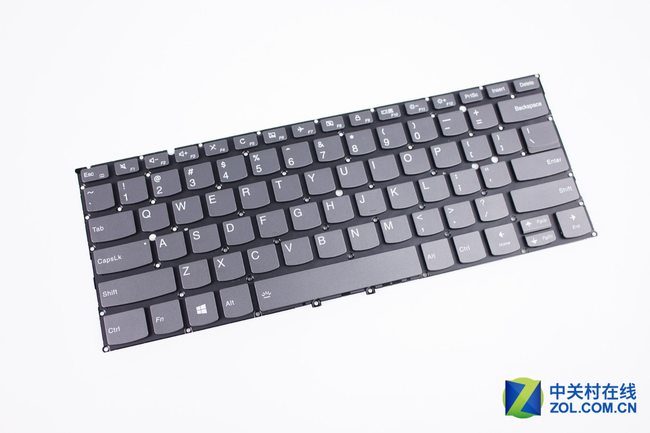