Intel launched its latest eighth-generation U series processor- the Intel Core i7-8565U based on Whiskey Lake. This chip boasts powerful performance, low power consumption, and excellent heat dissipation. As Intel’s important strategic partner, Lenovo published several laptops with processors built on the Whiskey Lake framework, such as Lenovo Air 13IWL and Yoga C930. But the Air 13IWL is powered by the Intel i5-8265U processor. Recently, Lenovo’s new product – the Lenovo Yoga S730 powered by i7-8265U will be released in the market soon. 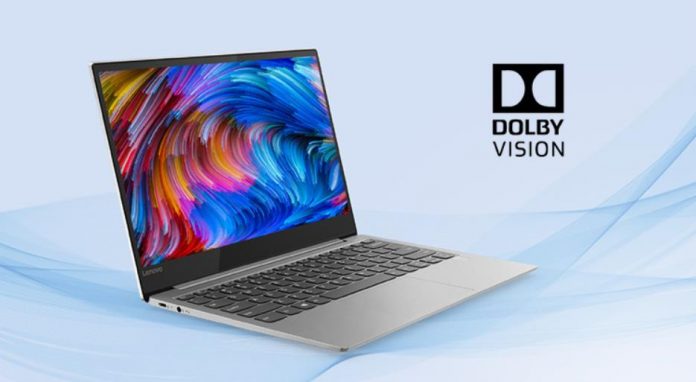 Today, we will explore the performance of the Yoga S730 version which is powered by i7-8565U and comes with 16GB RAM coupled with 1TB ROM. 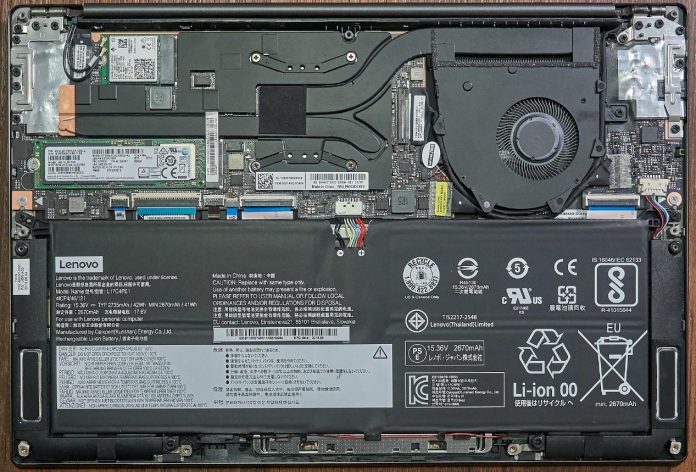 Remove nine screws, and the back cover can be taken out. From the picture, the Yoga S730 has a neat internal layout. We can only see the antenna of the wireless module. The cable of its other components is connected to the motherboard.

The battery almost occupies half of its internal space. It can work 12 hours, and its capacity is 42Wh. 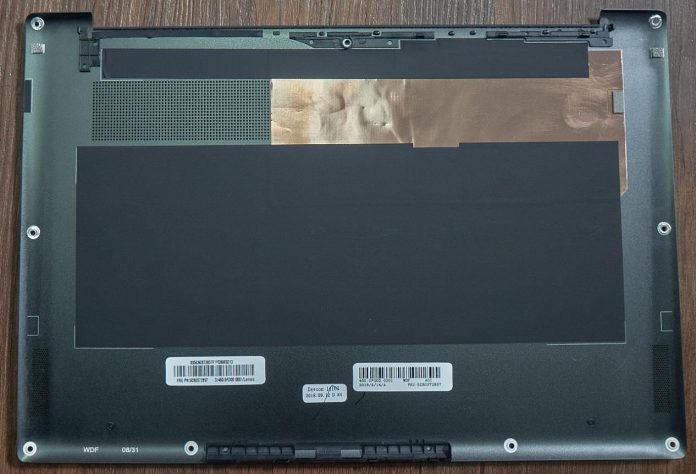 This is the cover back which is covered by a layer of copper foil. This foil is good for the laptop’s heat dissipation. 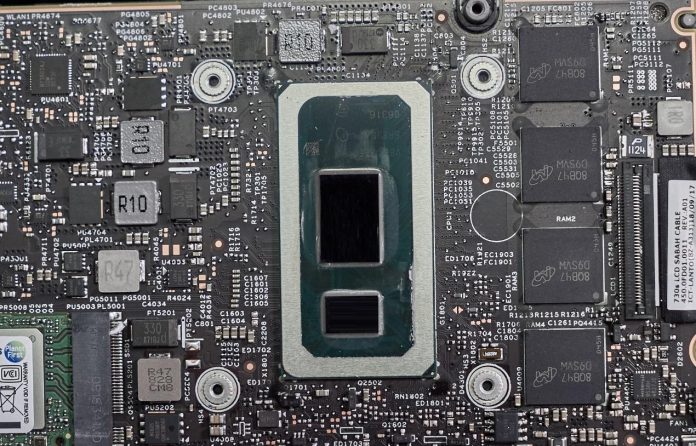 The laptop is powered by Intel Core i7-8565U which is Intel’s lastest eighth-generation low-voltage Whiskey Lake processor. This chip’s frequency reaches up to 4.6Ghz.

The component on the left is LPDDR3 memory made by Micron. There are eight chip strips, four on the front and four on the back. All of the eight strips constitute to the dual passage.

The Samsung PM981 1TB M.2 SSD belongs to the high-end type for OEM clients. This SSD uses Samsung’s new Phonenix main controller, and its cache upgrades to 1GB LPDDR4. According to our test, the SSD’s sequential read speed is 3200MB/s, and its sequential write speed is 1900MB/s. 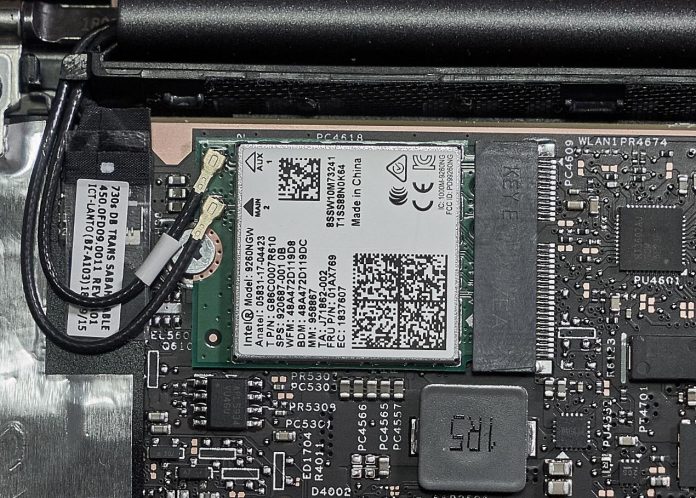 This is the Intel 9260 AC wireless module which adopts dual passage and dual antenna design. Its transfer speed reaches up to 1.73Gbp. With a built-in Bluetooth 5.0, this module can be connected to eight external devices at the same time. 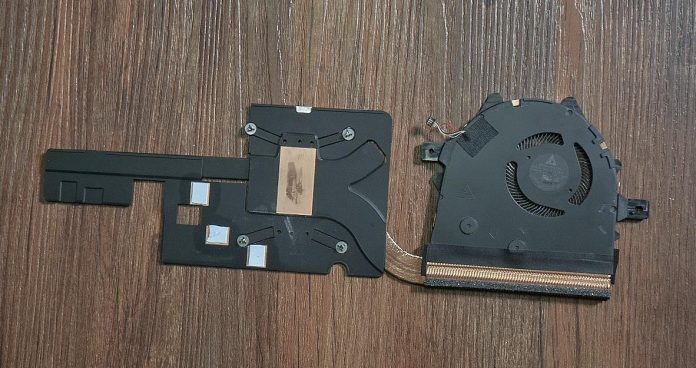 Its heat dissipation module consists of a fan and dual pipes. 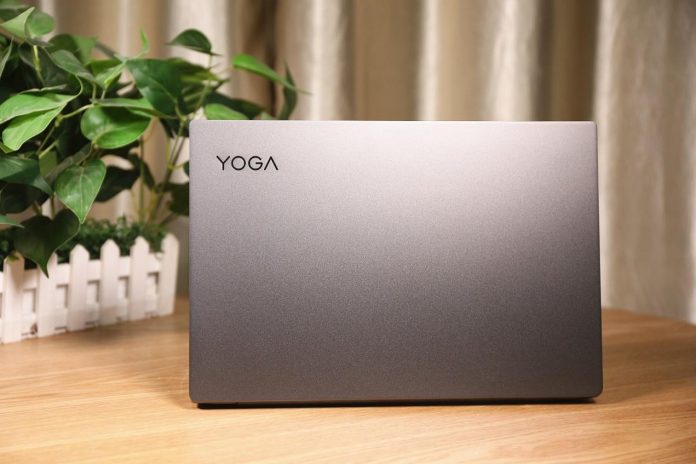 The Lenovo S730 uses an aviation aluminum alloy and adopts the CNC process. There is only a logo on the top cover. 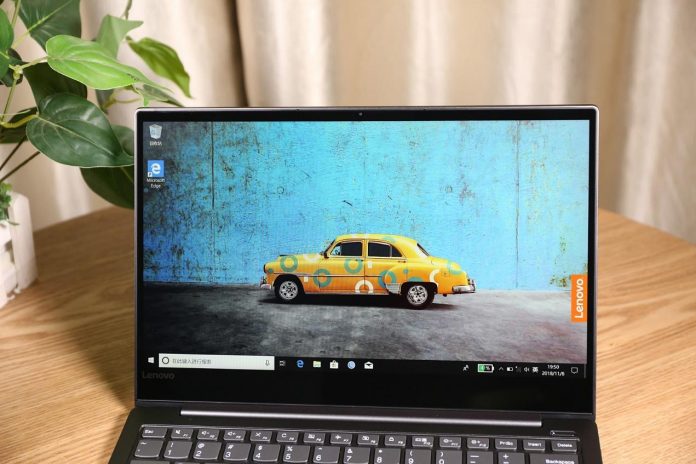 The Yoga S730 features a 13.3-inch HD IPS display with its sRGB color gamut reaching 100%. This display boasts a three-sided narrow bezel design. Its three narrow bezels are 4.62mm wide, and the display’s screen ratio reaches up to 81%. 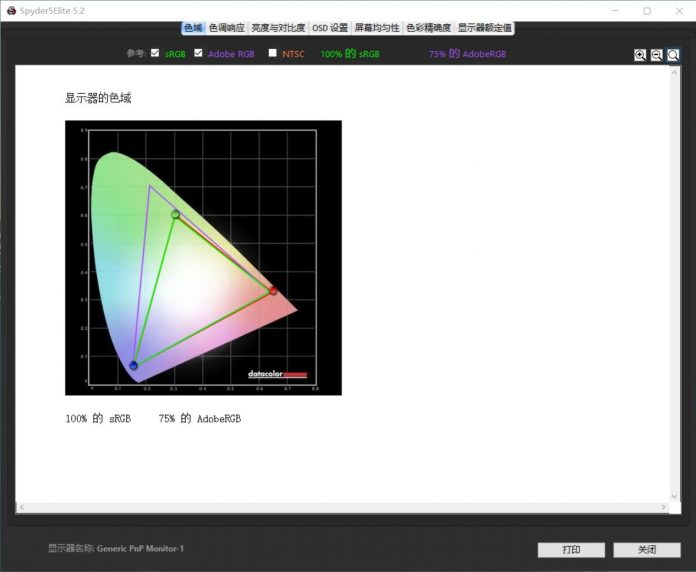 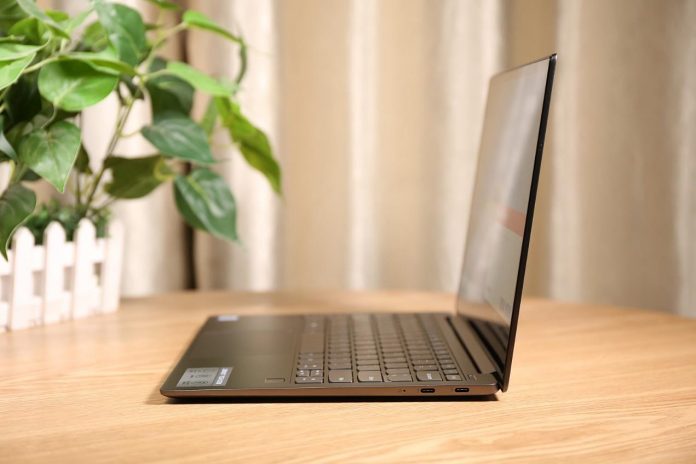 On the left of the laptop include a USB Type-C port and the 3.5mm audio/mic. The Type-C port support charging. 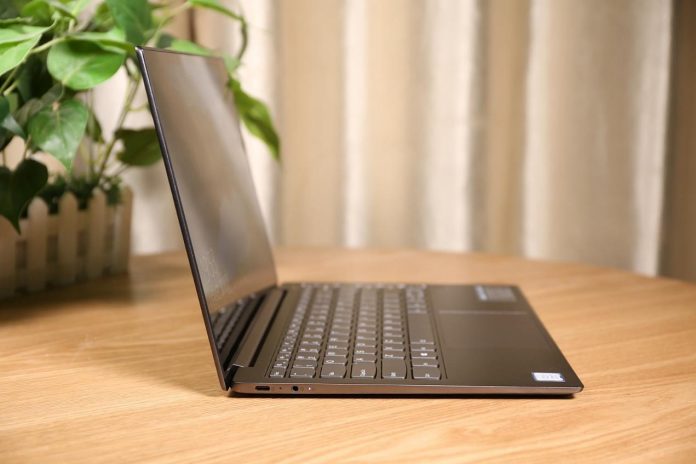 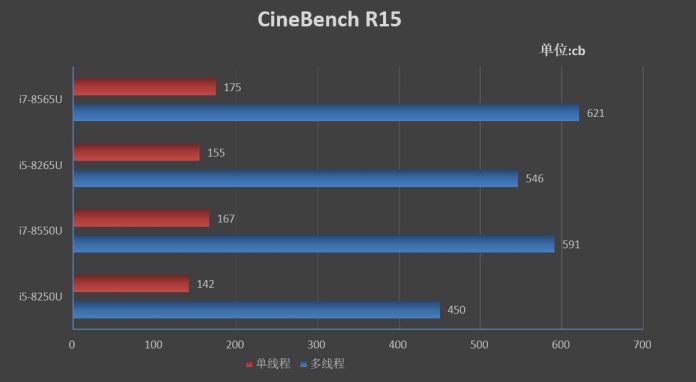 This laptop comes with the Samsung PM981 1TB SSD. Samsung released this high-end SSD in the OEM market. 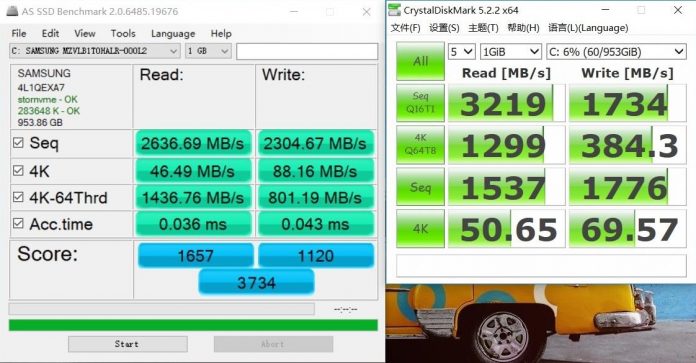 On the CrystalDiskMark, the SSD’s sequential read speed is 3219MB/s, and sequential write speed is 1734MB/s. In general, this SSD has excellent performance. 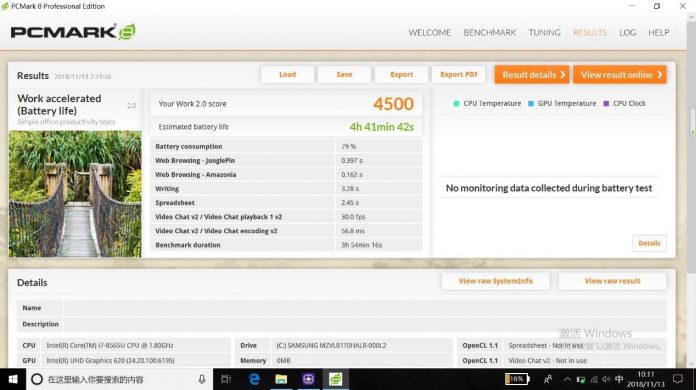 The Yoga S730 sports a 42Wh battery. According to the Lenovo official party, this battery’s life is up to 12 hours. We use the PCMark8.0 to measure its battery life. During the test, we close all the applications and adjust its brightness to 60%. Under the Work2.0 of PCMark8.0, its battery life is 4 hours and 41 seconds. This laptop is supposed to work about eight hours for daily use.

The Yoga S730 is a good laptop. First of all, the Intel Core i7-8565U this laptop is powered by is a powerful processor. It weighs 1.1kg and its thickness is only 11.9mm. This is one of the most lightweight laptops in the laptop market.