Xiaomi Mi 5X comes with a 5.50-inch touchscreen display with a resolution of 1080 x 1920 pixels. It powered by octa-core Qualcomm Snapdragon 625 processor, and it comes with 4GB of RAM. The phone packs 64GB of internal storage that can be expanded up to 128GB via a microSD card. It packs a 12-megapixel primary camera on the rear and a 5-megapixel front shooter for selfies. The phone runs Android 7.0 and is powered by a 3080mAh non-removable battery.

Powered off the phone and remove the SIM card tray. 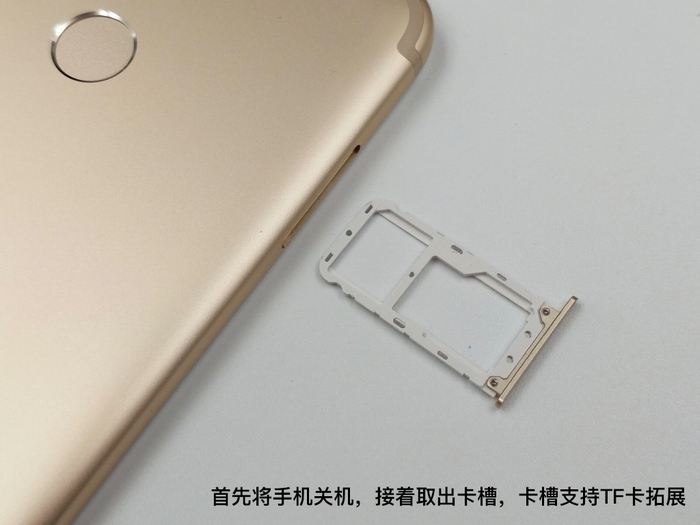 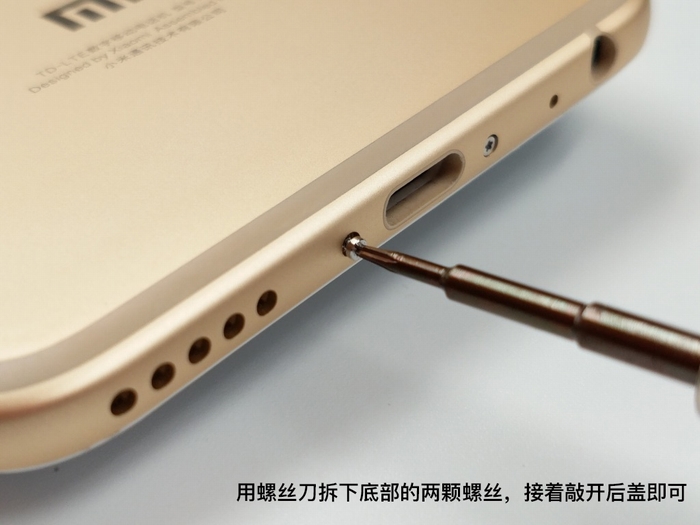 After the two screws removed, pry up a little bit with a suction cup, at the same time insert a pick under the back cover. Slide the pick to separate the back cover along the edge. 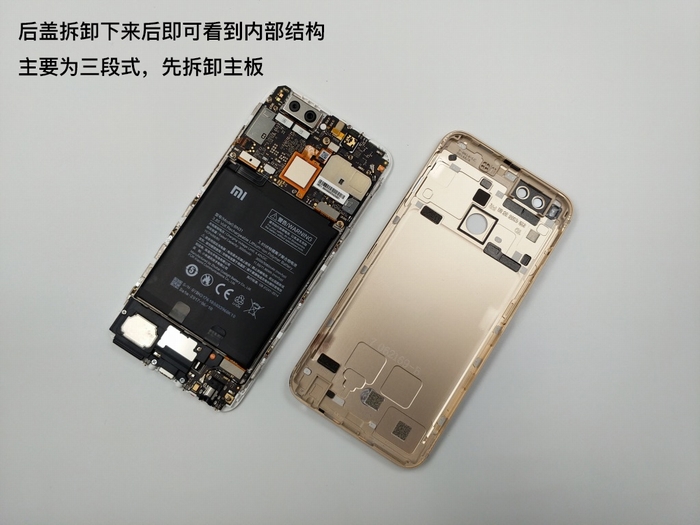 After the back cover removed, we can see the interior of the Xiaomi Mi 5X use the common three-stage design, the motherboard and sub-board using BTB connection. 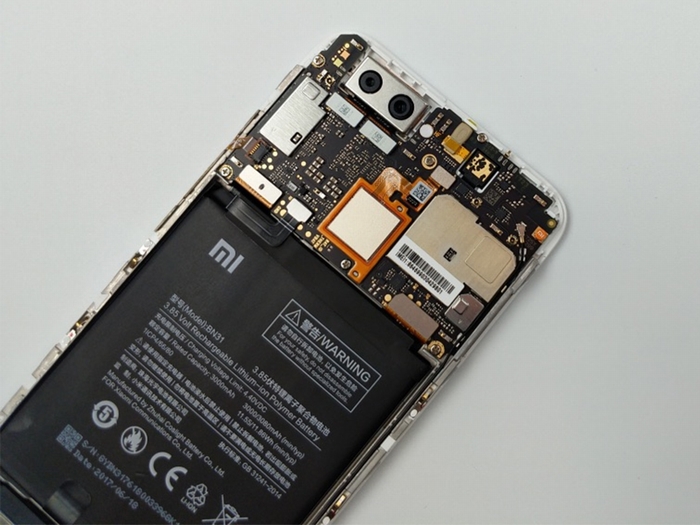 We can see that all kinds of connectors are not fixed with metal plates. Once the mobile phone drops, it may cause the connectors to be loose and affect the normal use of the mobile phone.
The fingerprint sensor module is also fixed on the motherboard using BTB. 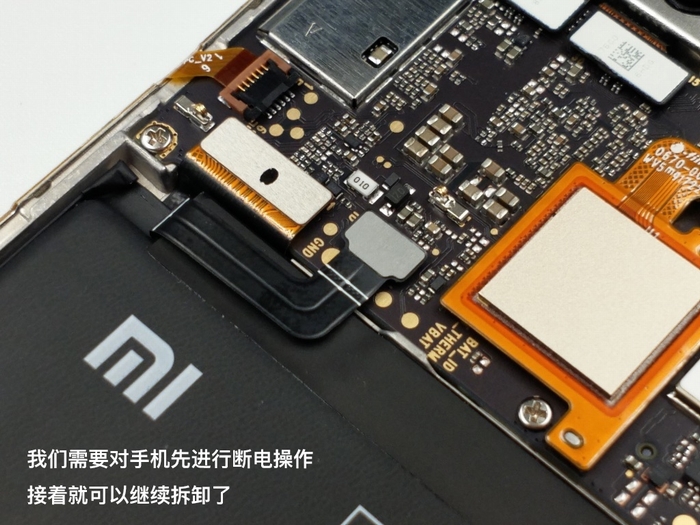 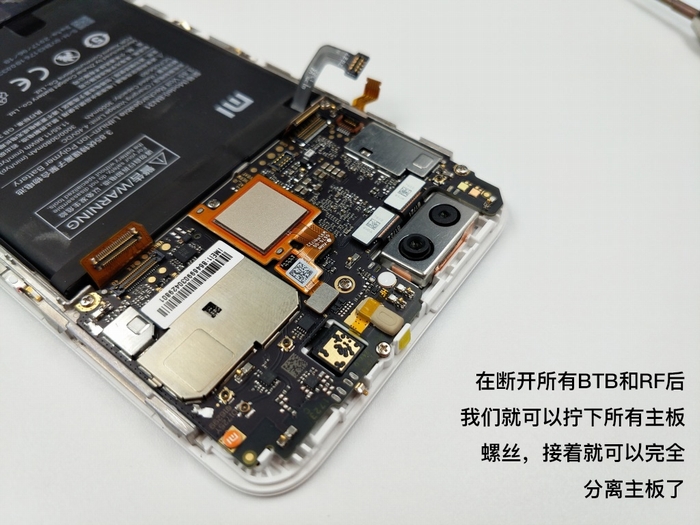 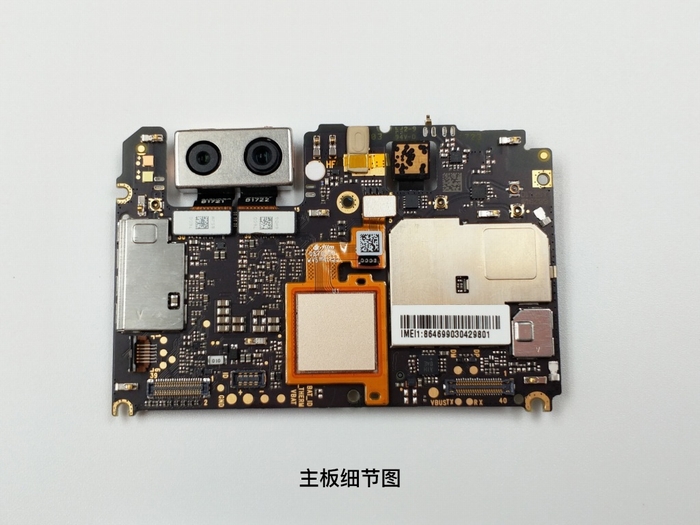 After removing the metal shield, you can access the RAM and ROM chips. 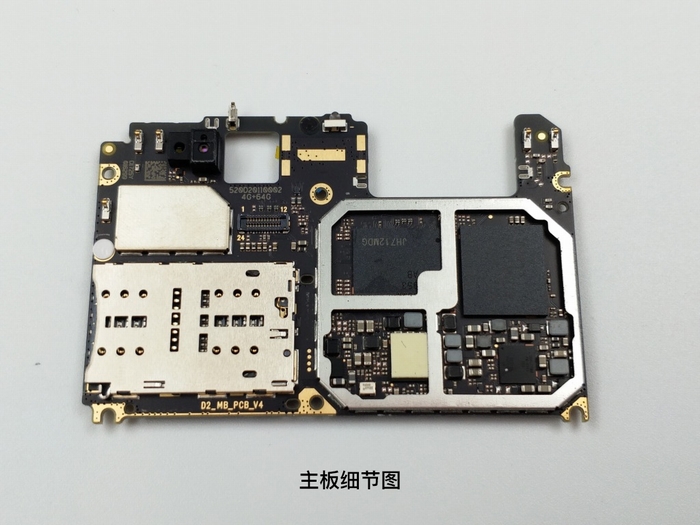 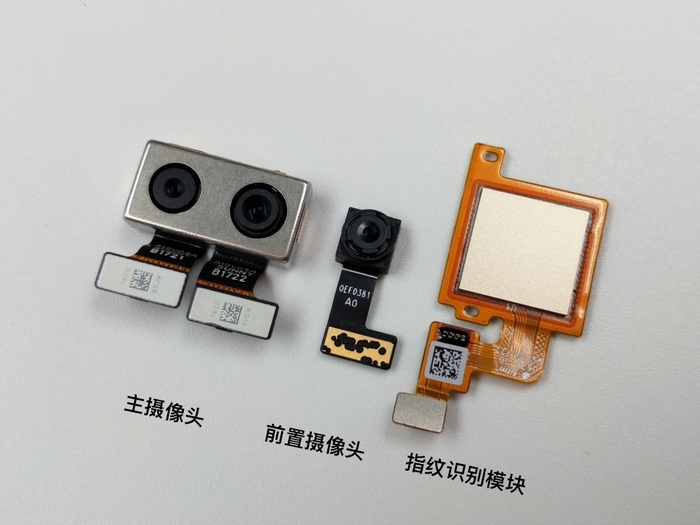 Remove six screws securing the loudspeaker and USB board. 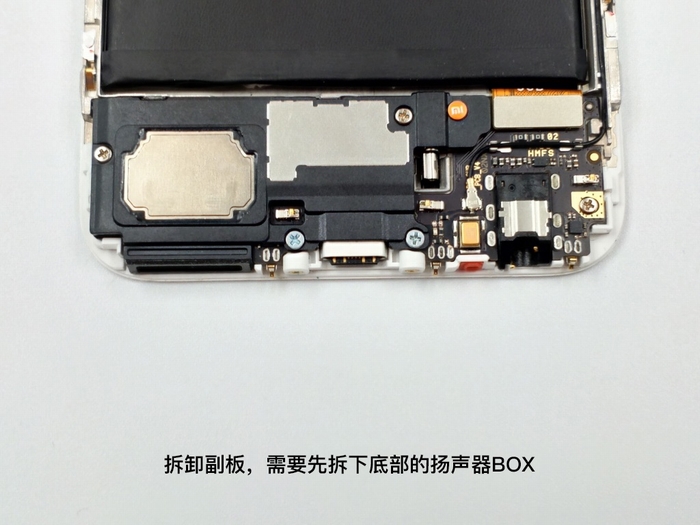 As you can see, a vibrating motor is also installed on the loudspeaker. 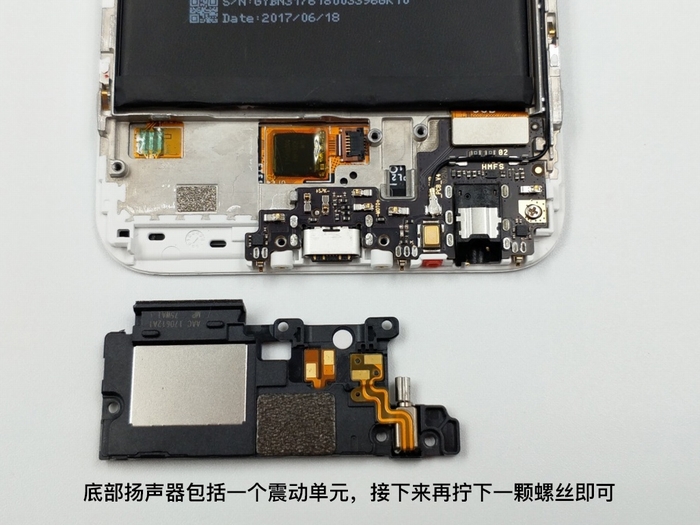 The bottom board integrated a USB Type-C port, a 3.5mm headset port and a lot of metal contacts. 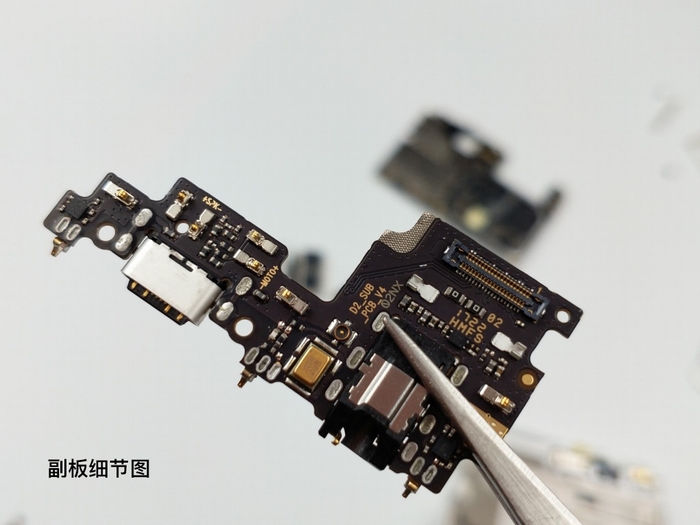 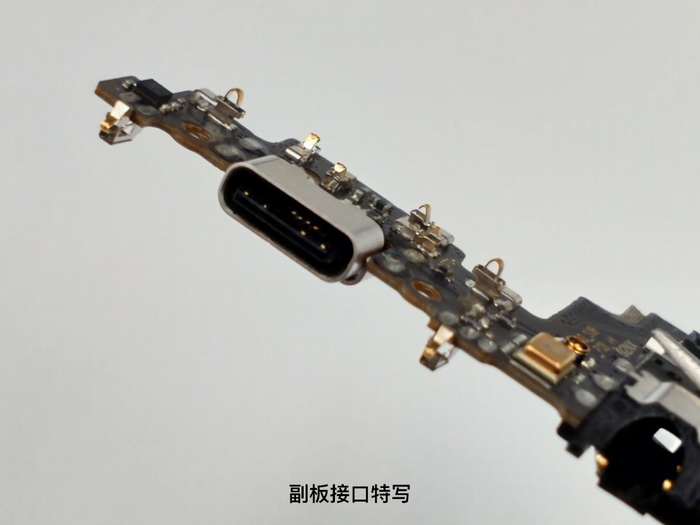 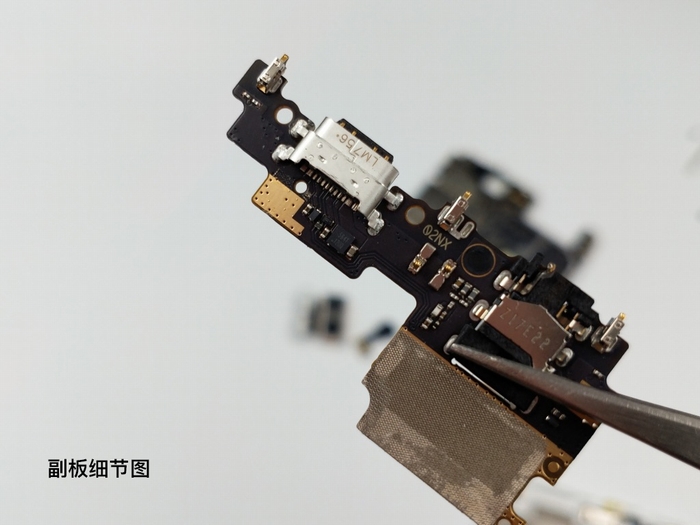 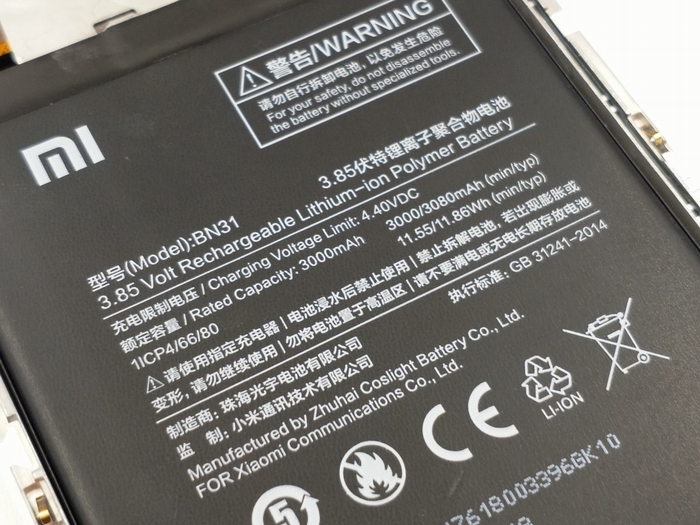 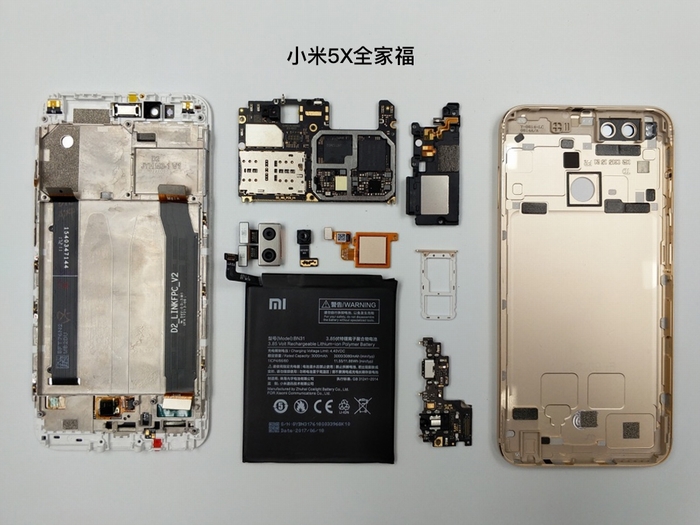