Chinese manufacturing giant, Xiaomi, is known for producing cheap and durable products which range from smartphones/laptops to home appliances. Last year, Xiaomi launched its first-ever laptop line, Xiaomi Mi Notebook Air and since then, this line has been undergoing development. In March this year, the company unveiled the 13-inch i7 version which still uses the 6th gen Intel processor like its predecessor. Subsequently, Xiaomi brought the 12-inch version with a 7th gen Intel processor and most recently, it has released the Xiaomi Mi Notebook Air 13 Fingerprint version. As is our custom at Laptopmain, we have done a detailed review of this laptop’s performance to ascertain if it is worth your time. 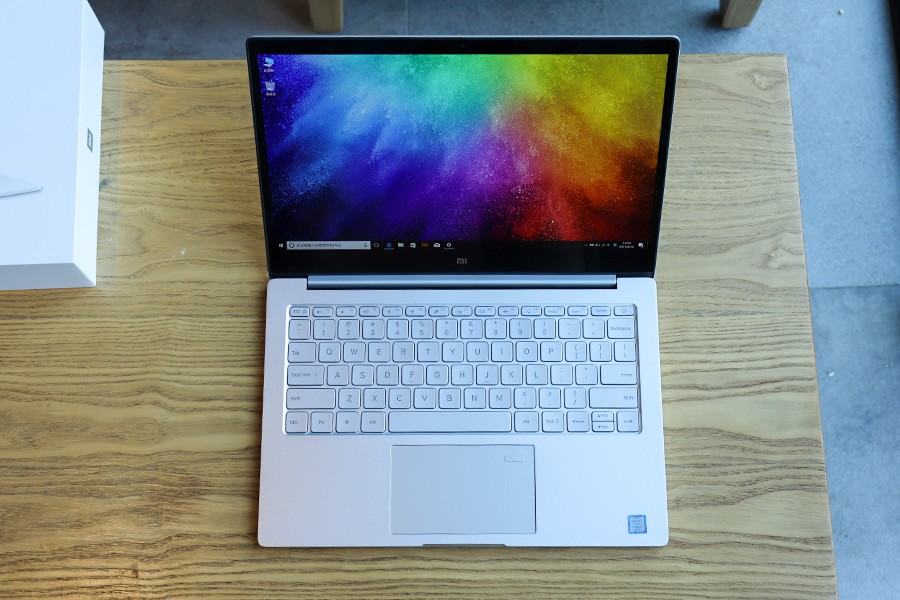 The design and appearance of the Xiaomi Mi Notebook Air 13 fingerprint version are consistent with previous models. This laptop still uses an all-metal body design and like all other models, it does not have a logo which makes it difficult to tell the brand you are dealing with from afar. However, since Xiaomi is one of very few manufacturers to not put a logo on its laptops, it will be easy to identify or suspect a Xiaomi laptop. Since there is no logo, you can choose to insert your personal sticker or you can even engrave anything of your choice on the top surface. The fuselage was forged from metal using an anodizing aluminum process which gives the metallic surface a smooth, delicate, protective and decorative finish. 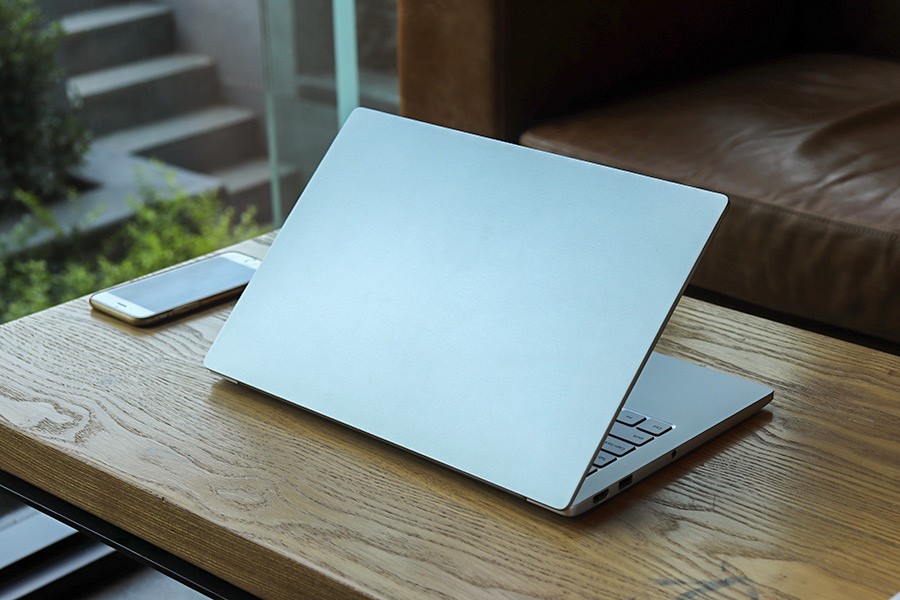 At the rear, the Xiaomi Mi Notebook Air 13 Fingerprint version has a row of spaces for ventilation and heat dissipation. A similar outlet is also located inside the shaft thus this notebook is designed to let out as much heat as possible, protecting it from overheating. This laptop is compatible with AKG custom speaker and Dolby sound, and after some checks, its bass is very rigorous, treble is quite delicate and generally, it has a very good sound effect. Also at the rear, we have five anti-skid foot pads. These pads raise the base of the laptop a little to create an allowance for heat to be dissipated via the cooling holes on both sides. They also give the system balance and create a solid cohesion between the base of the laptop and the surface on which it is placed thus it cannot easily slip off the table. 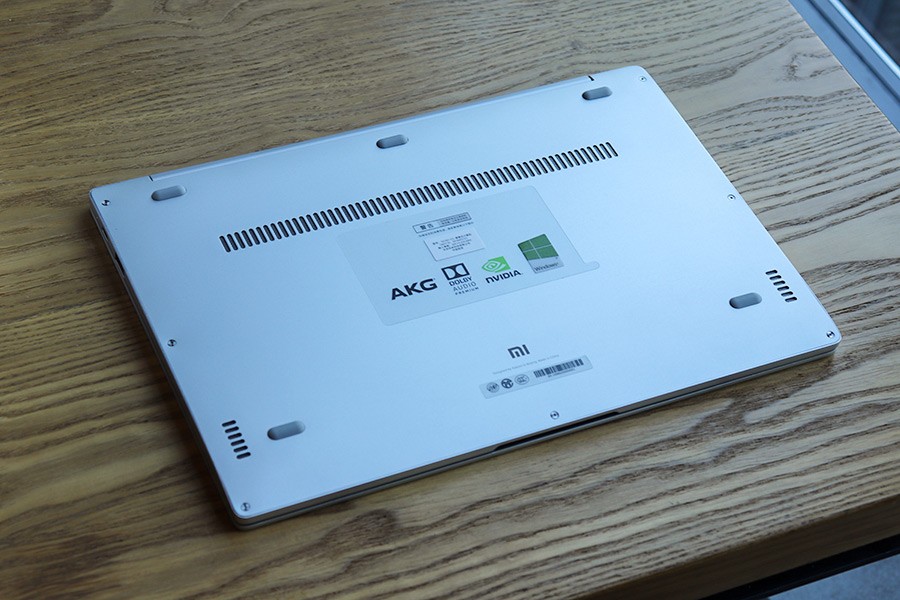 The Fingerprint version comes with a 13.3-inch Full HD IPS screen with 1920 × 1080 resolution. The screen is quite elegant with a 5.59mm narrow frame design and only the bottom of the screen has an “MI” logo. It has an 80.1% of the screen-to-body ratio which gives it a very catchy visual effect. With thin bezels, both sides, this laptop’s screen delivers a 170-degree viewing angle, a contrast ratio of 800:1, and a 300 nit screen brightness. With this, you can feel the delicate color combination and high brightness. This fully fit screen reduces the reflection which in turn, improves vision. 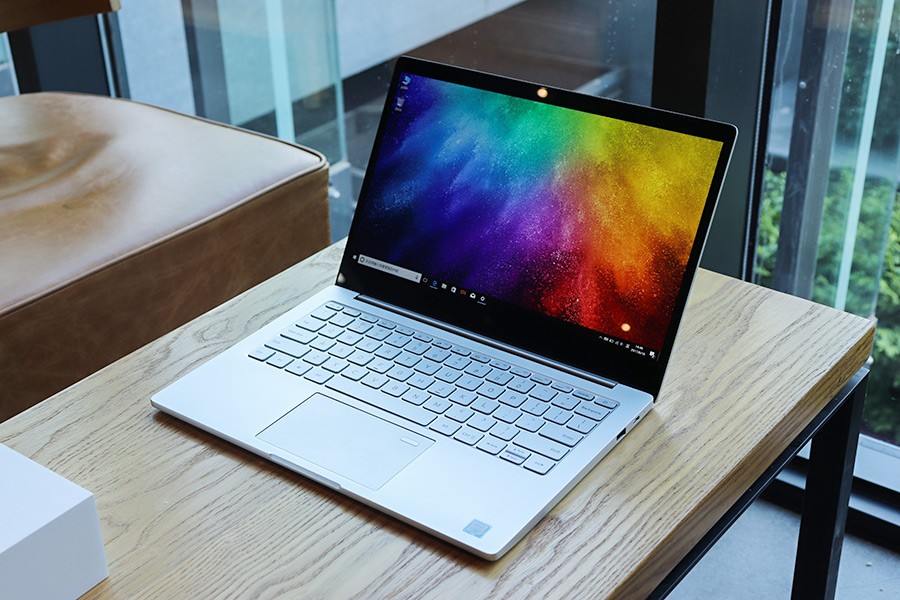 The keyboard of this laptop is quite impressive. The keys have 1.5mm spacing. Its rebound and feedback are more obvious which certainly feels good. Xiaomi Mi Notebook Pro uses a double curved surface design which can reduce keyboard fatigue on the long-term. 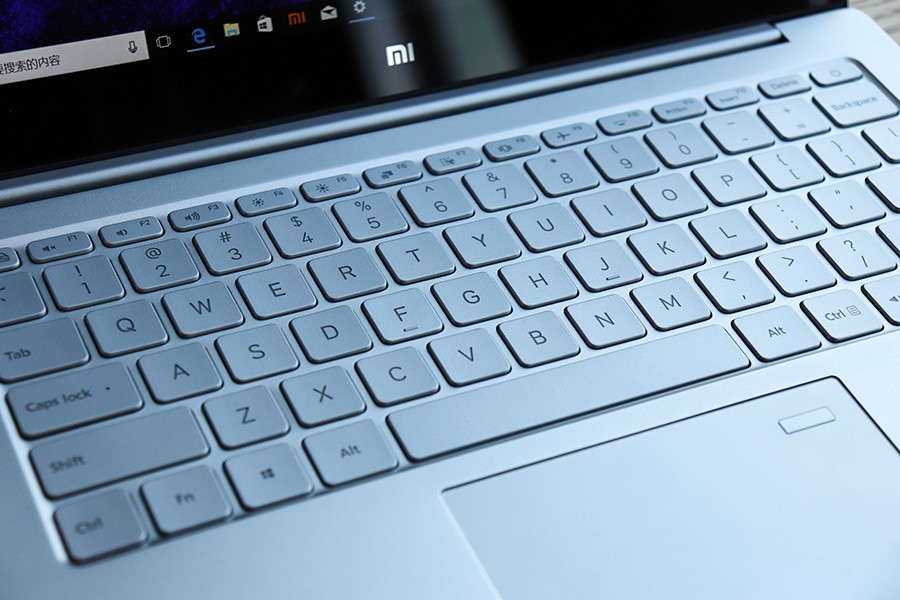 On the right side of the fuselage, there is a USB 3.0 Type-C data transfer interface, USB 3.0 and the power interface. 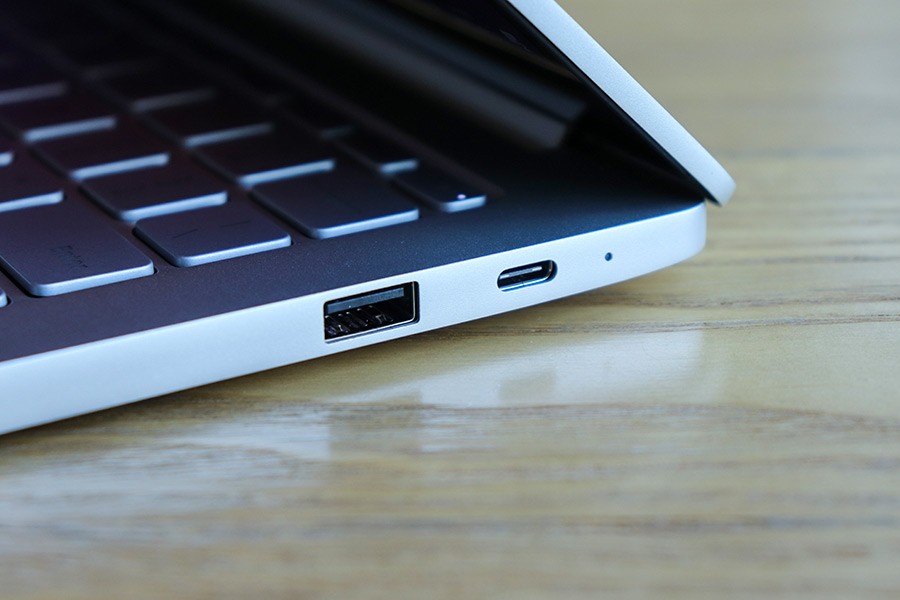 On the left side of the fuselage, there is an HDMI interface, USB 3.0 interface, and a 3.5 mm headphone jack. With these, Xiaomi Mi Notebook Air Fingerprint version is very rich in connectivity interface and will meet the needs of daily external equipment. 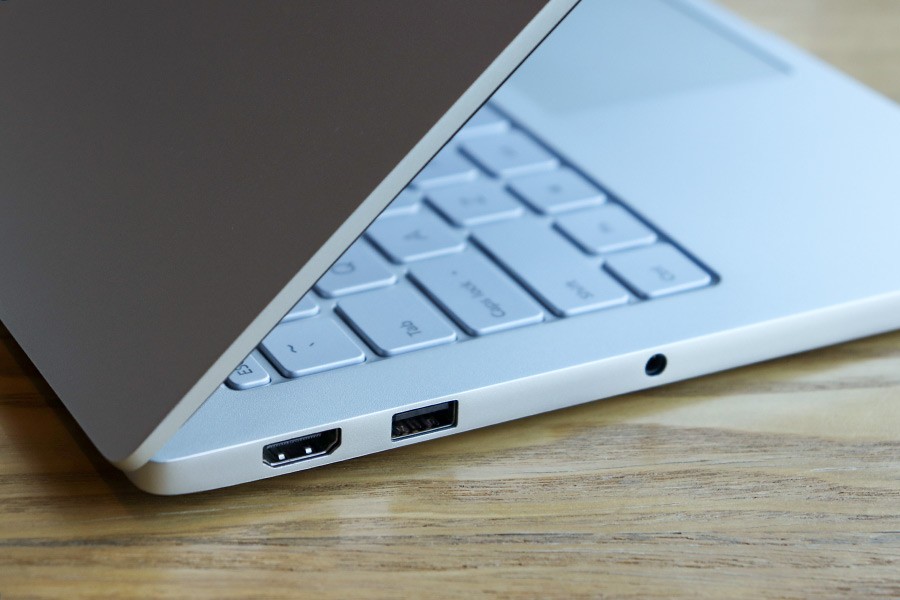 If the external interface of the fuselage does not meet your demands, you can also choose to buy a Xiaomi adapter. You have the option of choosing either the USB Type-A interface or the USB Type-C interface depending on your needs.

The fingerprint recognition module is located at the top right of the touchpad, it has the shape of the long strip and the surface of the glass panel looks transparent. With the strip shape of the fingerprint sensor, you will think that you need to slide to unlock this laptop but actually, all you need is a simple push of the finger above the sensor and no slide is needed. This feature makes the fingerprint version of the Xiaomi Mi Notebook Air look elegant and keeps it safe from all sorts of intruders. 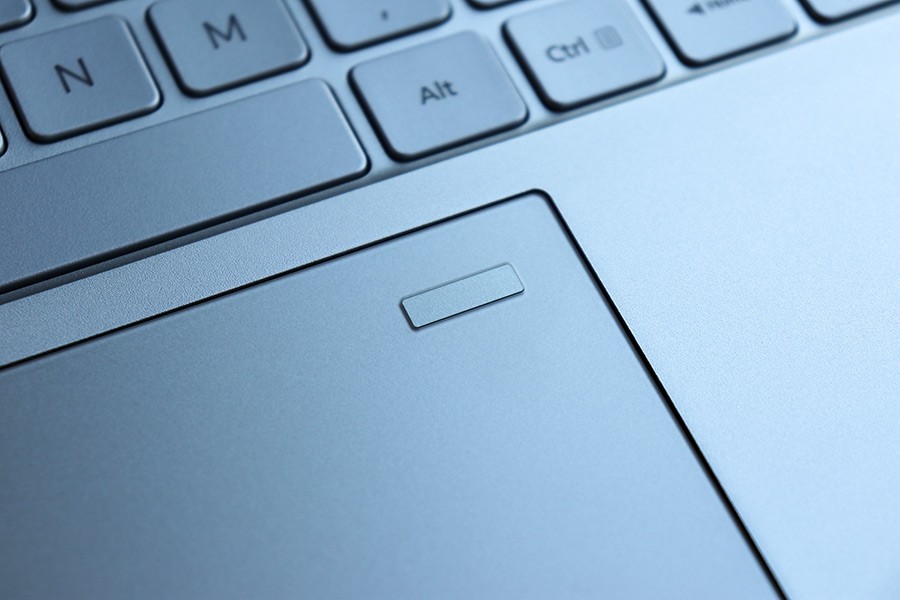 This sensor is specially placed in the touchpad so that it doesn’t interfere while using the touchpad. This long-shaped fingerprint identification module has a concave design, and you only need your right finger considering the angle of the sensor. The application and usage of the fingerprint sensor are similar to those of smartphones. This sensor is quite impressive, its speed and accuracy are satisfactory, and as long as your finger is in the identification area, the laptop can be unlocked. I have seen square shape fingerprint sensors on other laptops which you will have to press for recognition, but this sensor does not require a press. After several tests and comparisons, the fingerprint sensor unlocks faster than my iPhone 6, and it was difficult to believe it at first. However, that’s the truth. 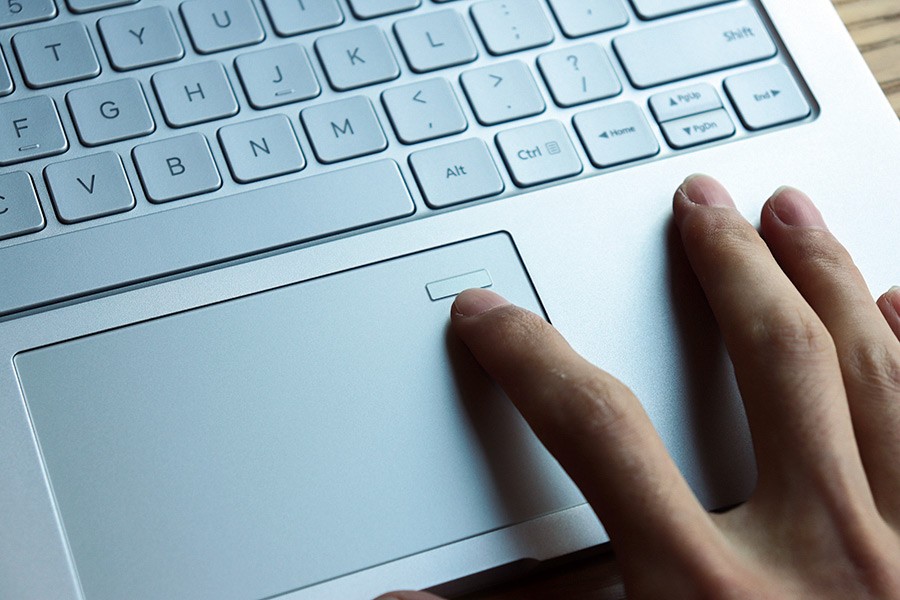 The applicability of this fingerprint recognition sensor is not limited to locking and unlocking the laptop, it can also be applied to folders and specific documents, encryption and decryption of applications and for Windows. The usage of the sensor is much more extensive. With this feature, the security, encryption and decryption experience of the Xiaomi Mi Notebook Air is much better. In fact, information suggests that other major laptop manufacturers are already looking into the sensor of this laptop. 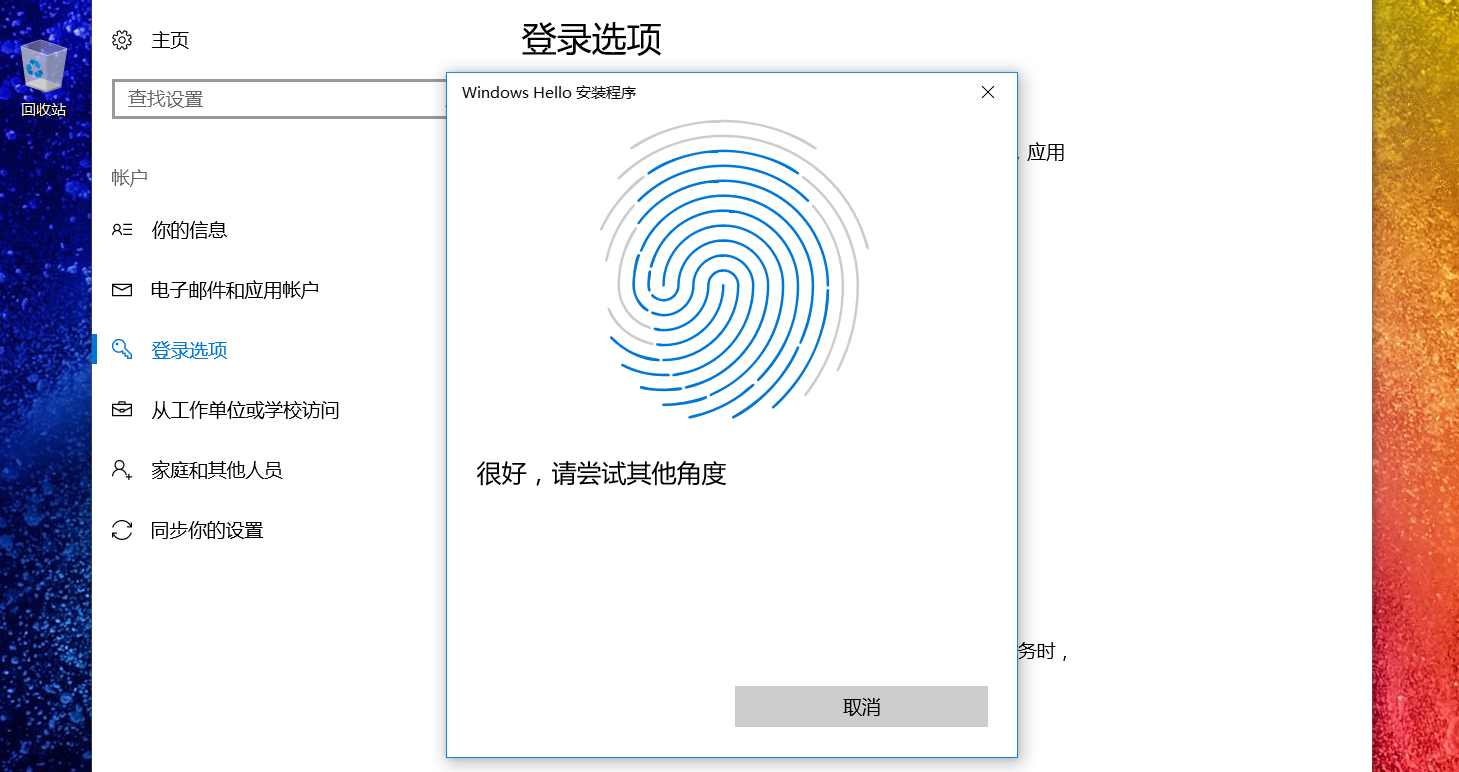 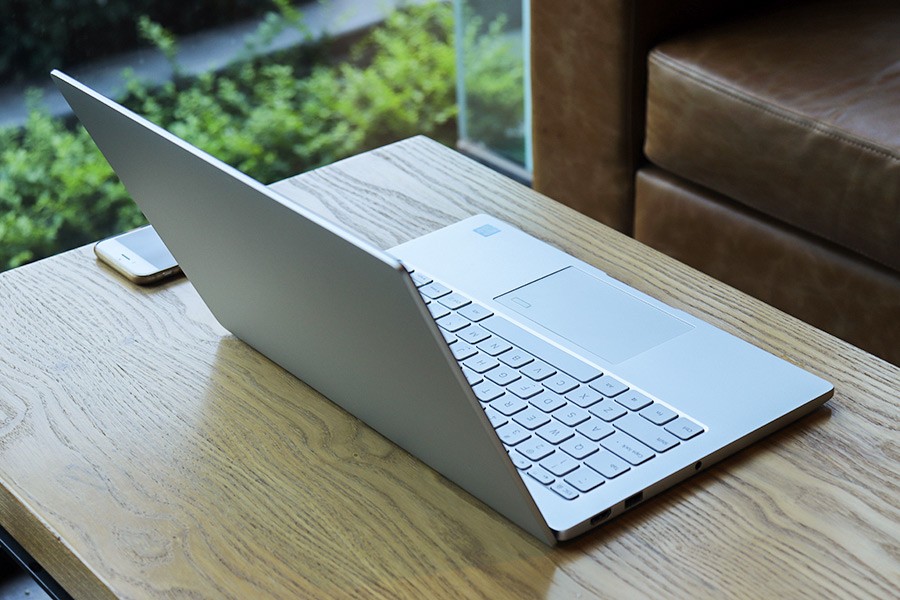 There are three versions of processors used for this laptop. Two of the processor is the i5 version while one is the i7 version. One of the i5 versions uses a 128GB SATA M.2 SSD while the other i5 and the i7 processor make use of a 256GB PCIe × 4 NVMe. With these configurations, there is a huge difference in the read and write speeds of the different versions.

We use the CineBench R15 processor performance test to access the Xiaomi Mi Notebook Air fingerprint version which is equipped with i7-7500U. We got a final single-threaded score of 149cb and a multi-threaded score of 361cb. This is far better than the processor of its previous version that we have tested before. 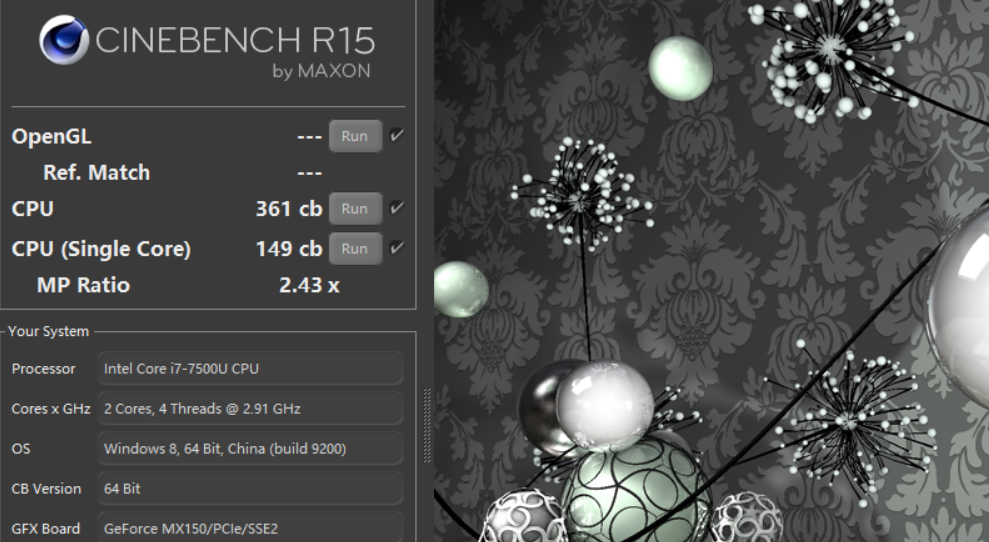 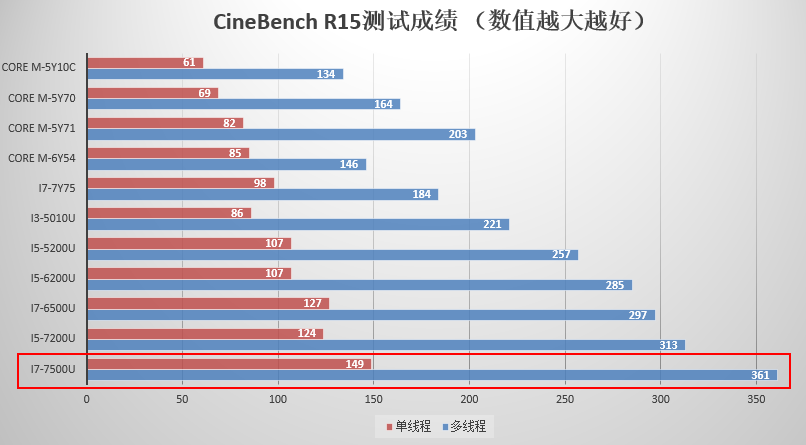 The Xiaomi Mi Notebook Air 13 fingerprint version is equipped with an NVIDIA Geforce MX 150 which is built with a 16nm process technology using the latest Pascal architecture. It has an inbuilt 384 CUDA, 16 ROP units, 64bit, and it is equipped with 2GB GDDR5 memory. 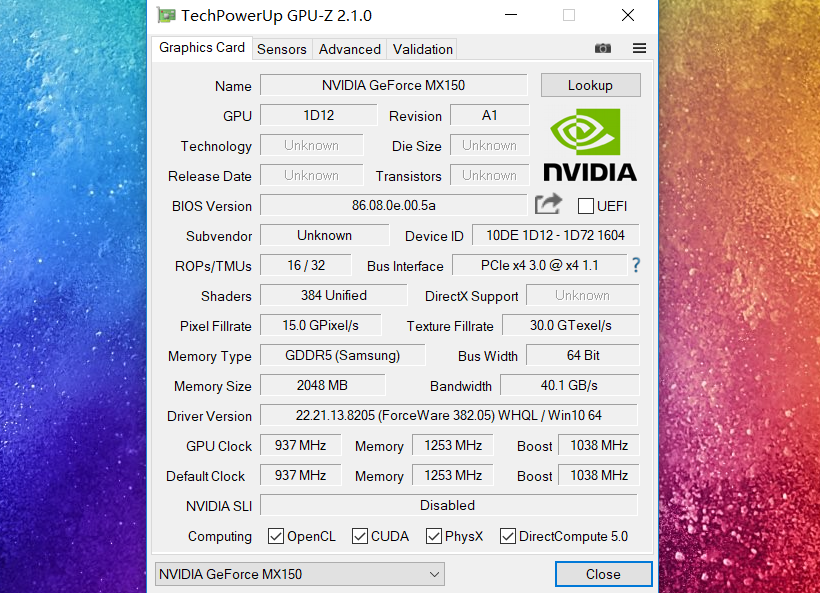 This GPU was tested using the Cloud Gate mode of 3DMark software it got a score of 10092. This GPU performance is much better than many core graphic cards and it should satisfy all daily graphics needs. This performance is 36% enhanced when compared with the NVIDIA Geforce 940MX that comes with previous models. 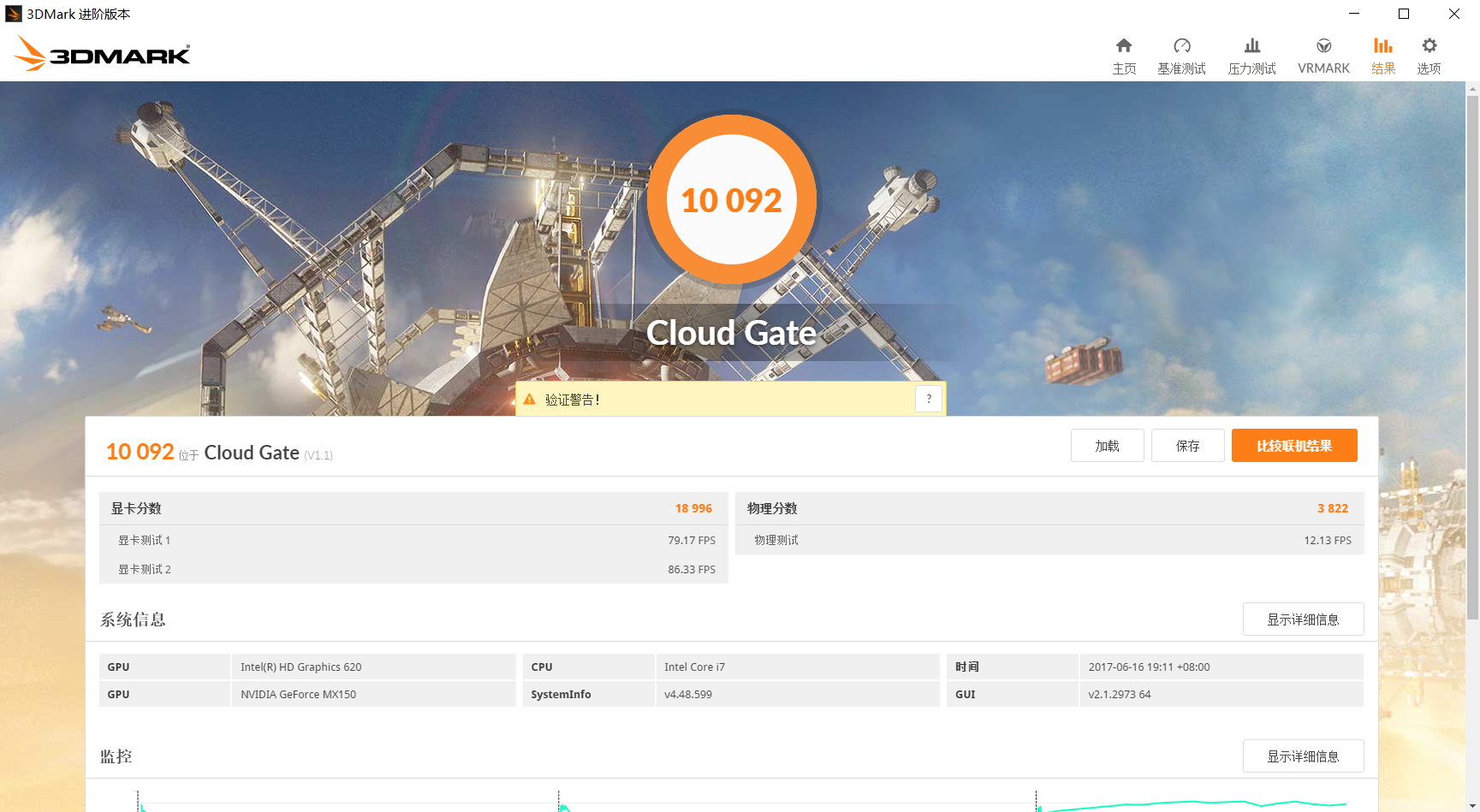 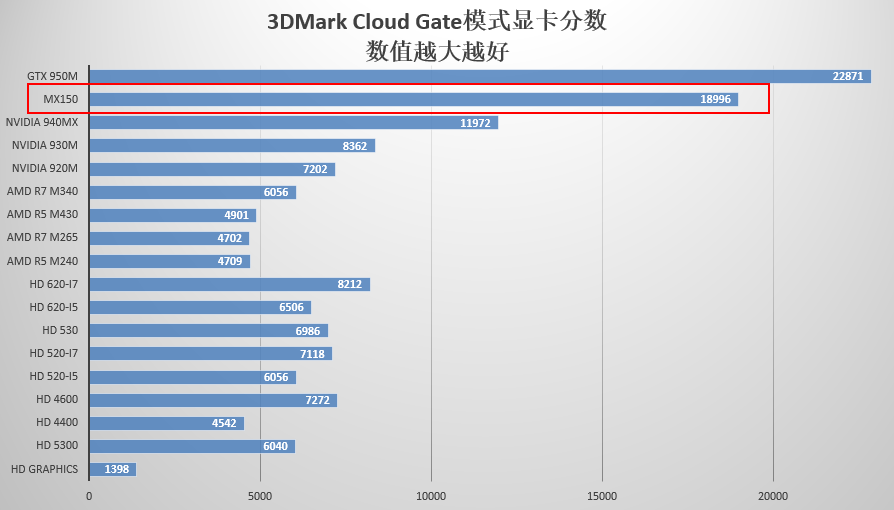 To access the MX 150 game performance, we ran a test using the popular MOBA and FPS games. The Game resolution was set to 1920 × 1080, vertical sync was turned off, and the picture quality/rendering multiple was manually adjusted to 100%. 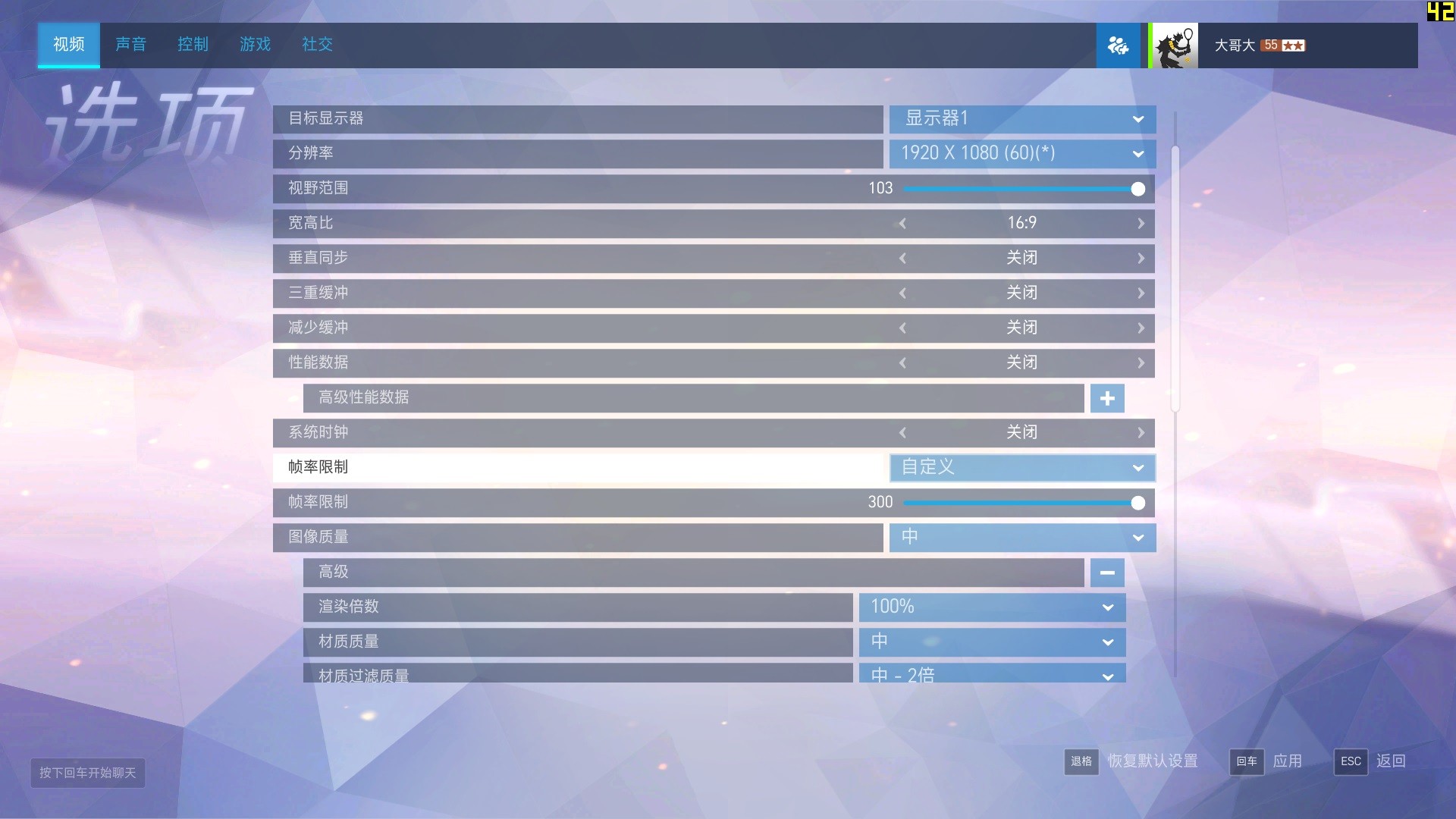 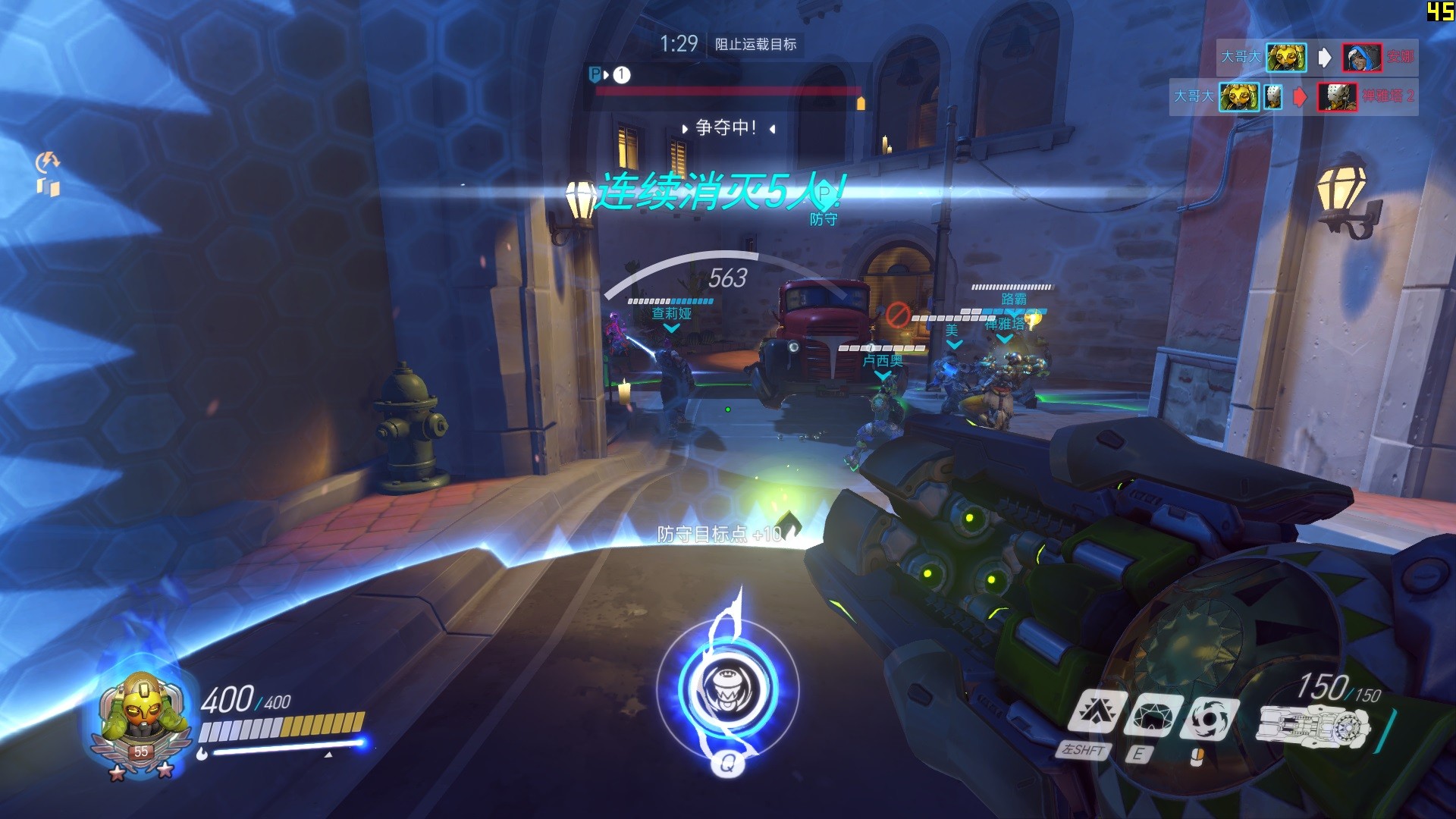 However, we also observed that after intense gaming, parts of the keyboard became hot. This heat situation is not ideal. Thus we do not recommend this laptop for long hours of gaming.

We use AS SSD hard drive speed test to access the PCIe version SSD performance of this laptop which was upgraded to a Samsung PM961 SSD. It scored a final read speed of 2359.38MB/s, and a write speed of 1270.81MB/s. The overall score of 3234 almost doubles the score of the previous version, PM951. As for the 128GB SATA SSD version, it recorded a maximum read speed of 535MB/s which is significantly lower. 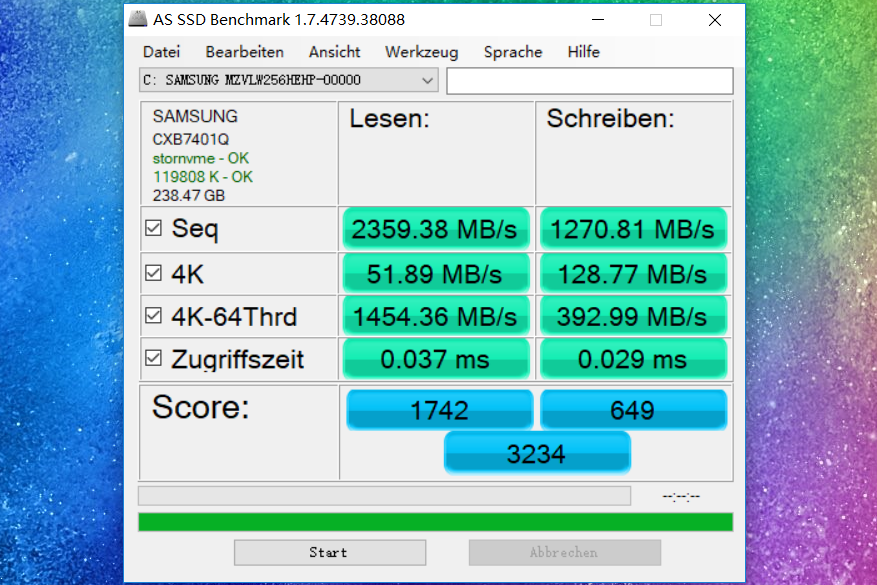 The Xiaomi Mi Notebook Air 13 fingerprint version supports BC 1.2 fast charge and can achieve 5V / 1.5A output. Although the mainstream 5V / 2A is a little bit higher, this configuration is acceptable. 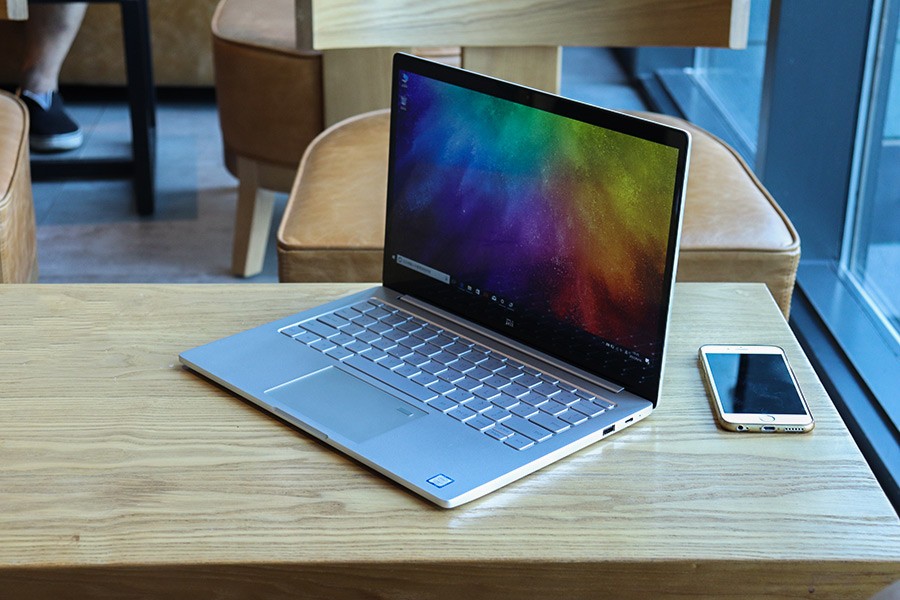 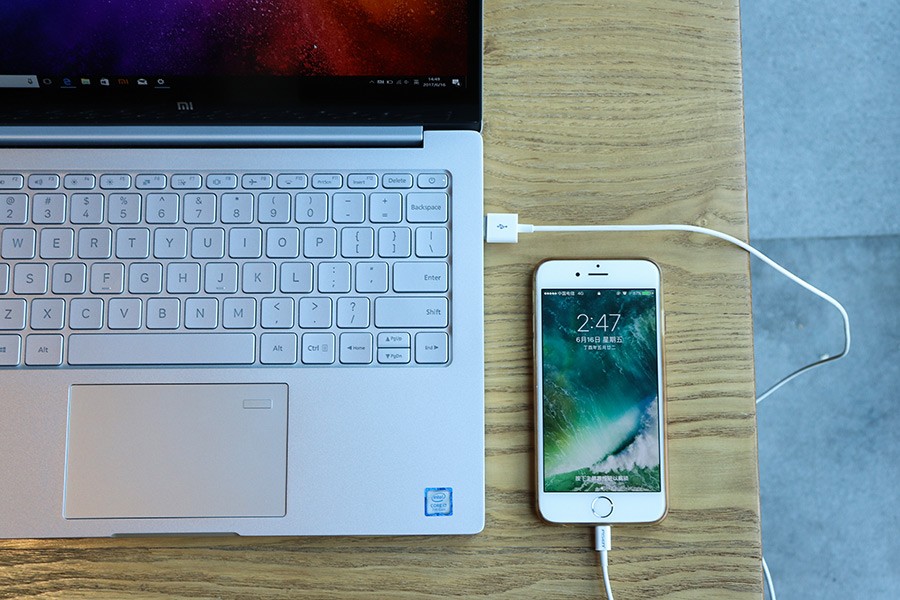 All three configurations of the Xiaomi Mi Notebook Air 13 fingerprint version are currently available on Xiaomi’s official website. The prices are listed as follows

Considering the significant upgrade in the fingerprint version which includes 7th gen processor, fingerprint recognition, BC 1.2 fast charge and shutdown mode charging, the Xiaomi Notebook Air 13 fingerprint version is comparable with other mainstream laptops. Also, the GPU performance is quite encouraging considering the fact that it is a 36% improvement from the NVIDIA Geforce 940MX that comes with previous models. 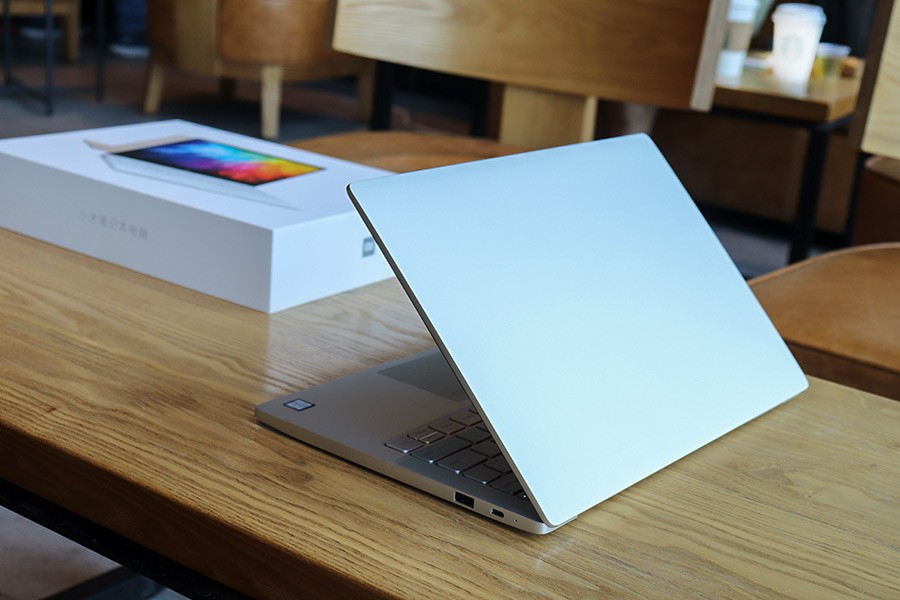 Although the price of the Xiaomi Mi Notebook Air 13 (128GB SATA) fingerprint version is still 4999 Yuan ($753), the i5/8GB/256GB version is 5499 Yuan ($829) which is 500 Yuan higher than the classic version. Thus as for pricing, this laptop is a very good bargain. As for the appearance, this laptop is consistent with previous models in terms of design, portability, and elegance but its enhanced hardware gives it an edge over other models. Looking closely at the specs of this laptop, it is very suitable for both students and office workers.