Today, we received the Lenovo ThinkPad T14 Ryzen Edition. This laptop is equipped with the top Ryzen 7 PRO 4750U processor in the Ryzen PRO 4000U series.

To put it simply, in addition to the commercial-oriented security, stability, and manageability brought by AMD Pro technology, the Ryzen 7 PRO 4750U processor also has a hyper-threading function compared to the Ryzen 7 4700U, with a base frequency of 1.7GHz, The highest acceleration is 4.1GHz, the second-level cache is 4MB, the third level cache is 8MB, 7 Vega CU units, 448 stream processors, the frequency is 1600MHz, and the power consumption is 15W.

Of course, as a business laptop, in addition to the Ryzen 7 PRO 4750U processor, the ThinkPad T14 Ryzen Edition still has some differences from the traditional thin and light laptops:

2. Privacy camera
When connected to the Internet, business laptops may be controlled by hackers. The ThinkPad T14 Ryzen Edition uses a sliding black valve. When the camera is not in use, you can directly slide the valve to block the camera.

3. Built-in 8GB/16GB single-channel DDR4 3200MHz memory, and a SO-DIMM slot for expansion
If you are just for office use, buy the 16GB memory version directly; if you want to play games, it is recommended to buy the 8GB memory version and add another 8GB memory to form a dual-channel mode. Of course, if the budget is sufficient, a 32GB dual-channel is not impossible.

Of course, in addition to these, the keyboard has always had a very good reputation. The keyboard input experience is better than most thin and light laptops. In addition, the addition of the Intel Wi-Fi 6 AX201 wireless network card is also a small highlight.

ThinkPad T14 is a high-end business laptop that inherits ThinkPad elements. The body is made of aluminum alloy. The A-side is designed with a skin-like texture coating, which is delicate and moderately frictional. 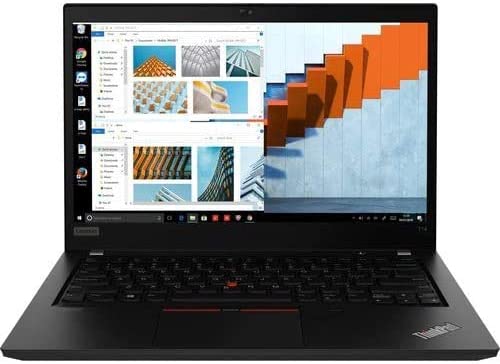 There are two Type-C ports on the left side of the fuselage, of which the left one is a full-featured port, which can be used for charging, video output, and file transfer. On the side is a Type-C Thunderbolt 3 port that supports professional docking stations.

It also has an HDMI, a USB 3.1 Gen1, a 3.5mm headset all-in-one port, and a Micro SD card reader. There are a USB 3.1 Gen1 and an RJ45 port on the right side of the fuselage, and there is a row of cooling air outlets in the middle. 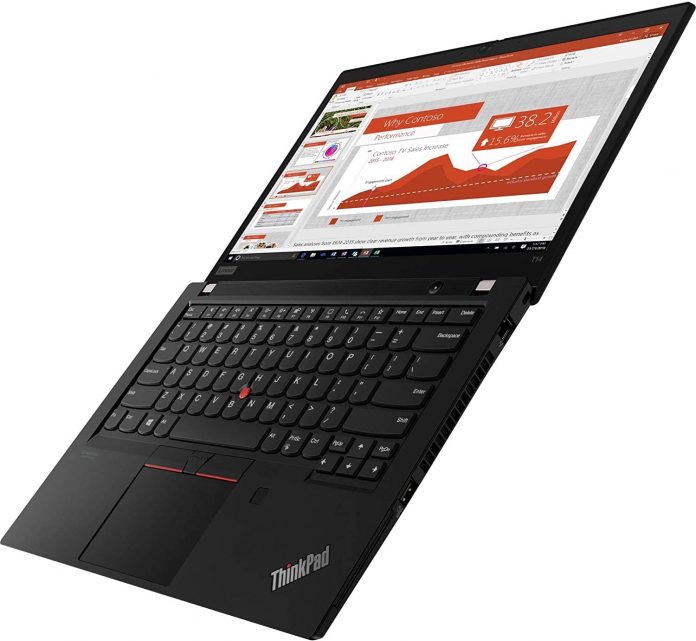 2. SSD
The laptop comes with a PM981a 512GB SSD from Samsung. This is Samsung’s SSD product for the high-end OEM market. It uses the third-generation 64-layer stacked 3D V-NAND TLC particles, and a single chip can reach a capacity of 256GB. It also integrates 512MB LPDDR4 as a cache.

In the CrystalDiskMark test, the sequential read and write speeds reached 3566MB/s and 2976MB/s, respectively.

1. 3DMark
In the 3DMark Fire Strike Extreme test, the graphics score of the Vega7 was 971, and the operating frequency of 1600MHz was maintained most of the time during the test, and the maximum temperature was 69 degrees.

1. Battery life
The laptop has a built-in lithium battery with a capacity of 50Wh. We use PCMark8 to test the office battery life. The power mode is “longer battery life,” all other processes are closed during the test, the network connection is closed, and the screen brightness is adjusted to 50%.

The ThinkPad T14 Ryzen Edition has a battery life test score of 6 hours and 45 minutes in Work Accelerated mode. This score is always at the mid-stream level in the light and thin laptop.

2. CPU
Use AIDA64 FPU for the stress test, and the room temperature is 28 degrees during the test.

After running the AIDA64 FPU program for 15 minutes, the power consumption of the Ryzen 7 PRO 4750U stabilized at around 22W, the temperature was only 80.5 degrees, and the full core frequency was 2.65GHz.

3. GPU
Use FurMark to test the GPU. After 21 minutes of operation, the power consumption of the APU is 18W, the core frequency of the Vega 7 GPU can be stabilized at 1600MHz, and the temperature is only 59 degrees.

1. Rugged and durable
Open the bottom cover of the ThinkPad T14 Ryzen Edition and you can find the difference from other laptops. All its I/O ports are reinforced with alloys, which are very strong; the layout of internal components is also neat and orderly.

2. Dual heat pipes for heat dissipation
Generally, for a low-power processor with 15W TDP, at least dual heat pipes are required to control the temperature. It happens that the fan uses a dual heat pipe heat dissipation configuration, which can maintain 22W power consumption for the processor for a long time. Under the circumstance, the temperature is suppressed to about 80 degrees, and the noise of the fan will not cause trouble.

Because the ThinkPad T14 Ryzen Edition uses single-channel memory by default at the factory, its gaming experience is not good. Fortunately, it has a SO-DIMM slot for expansion. If you really have a game demand, you can add another memory to form a dual channel. The game frame rate of the Ryzen 7 PRO 4750U can be increased by more than 30%. If you don’t play games, no matter whether it is 8GB or 16GB single-channel memory, there will be no impact on the experience.