Lenovo’s ThinkPad laptop is always the first choice for business, and its T series even is designed for the business elite. This year, Lenovo has launched ThinkPad T480 which is powered by Intel’s eighth-generation Core processor. Today, we will do the test on the Lenovo ThinkPad T480 to see its performance. 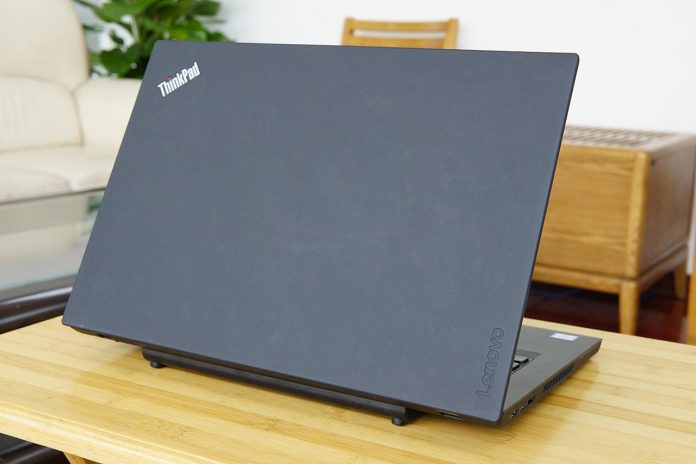 The Lenovo ThinkPad T480’s top cover still brings good texture feeling. With only ThinkPad and Lenovo logos on it, the laptop has brief appearance design. 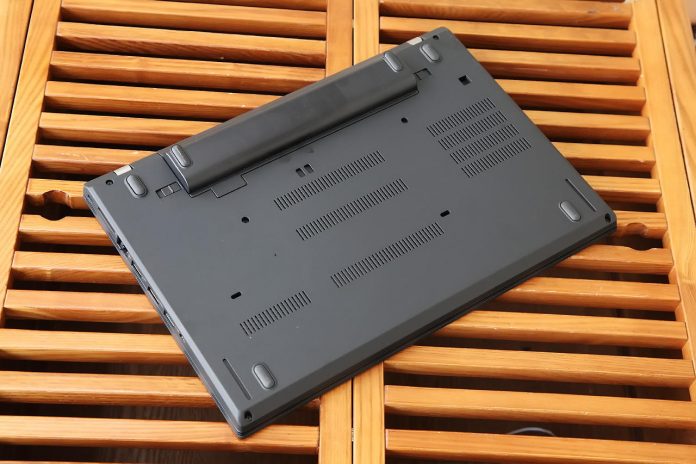 There are many vents on the back of the laptop. The Lenovo ThinkPad T480 sports dual-cell battery, It external large-capacity battery undoubtedly makes, to the certain extent, some bad influence on both appearance design and portability. 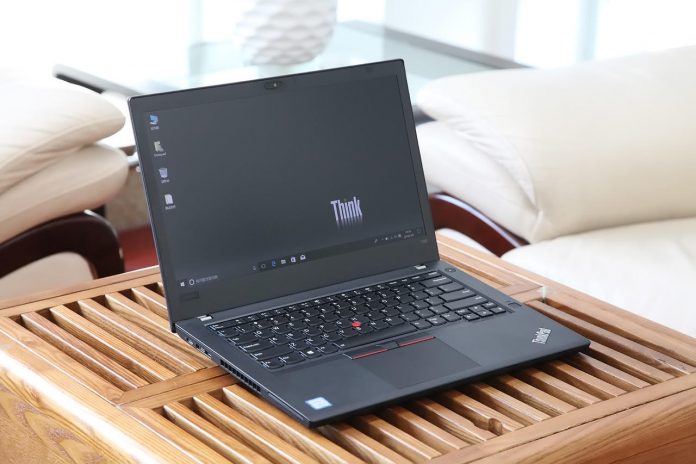 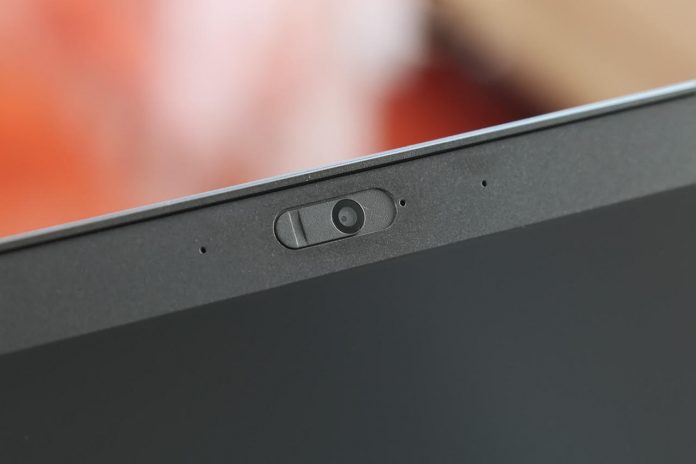 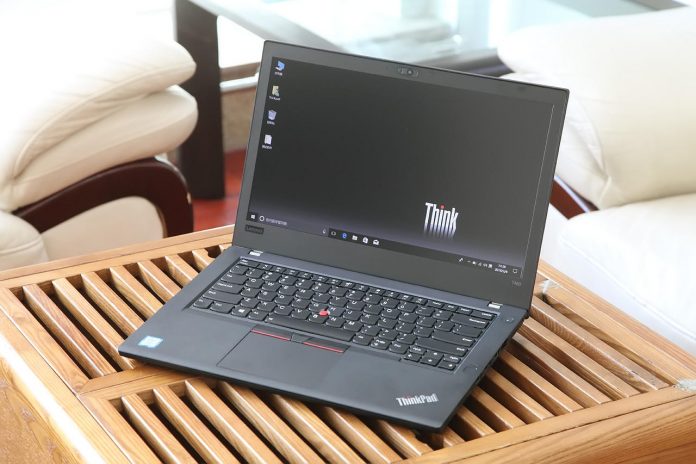 The Lenovo ThinkPad T480 adopts a 14-inch IPS screen with the resolution of 1,920 pixels by 1,080 pixels. At present, it is common for a laptop to come with IPS screen which can bring broader visual angle and have better performance on color display. Besides, the laptop provides a version with a 2K screen. 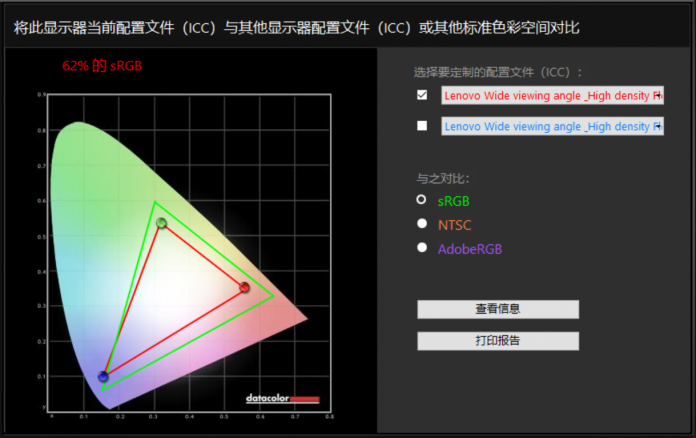 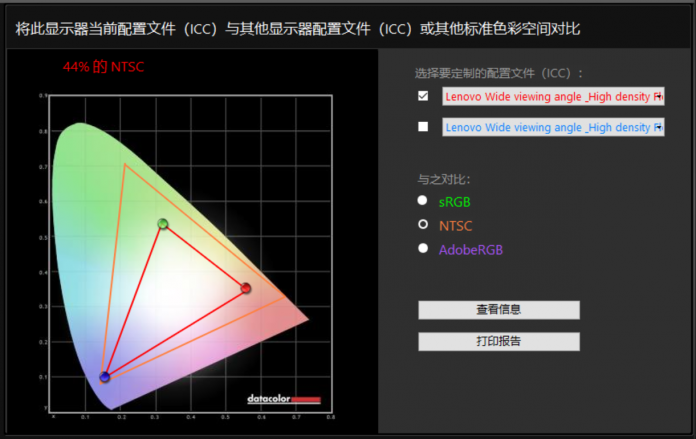 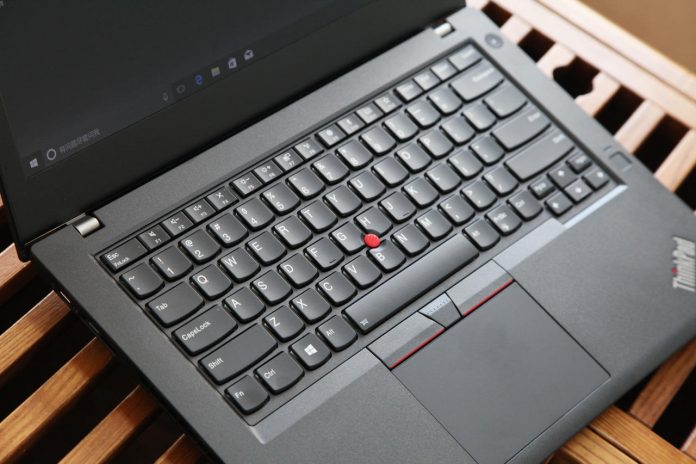 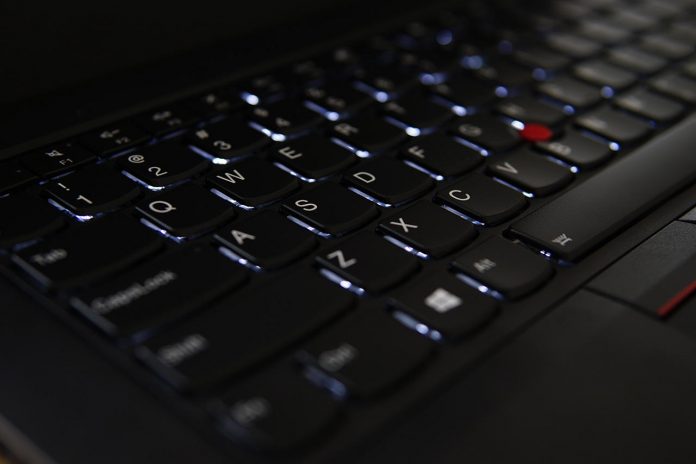 The keyboard that the Lenovo ThinkPad T48 features have a white backlight of two-level adjustable brightness, which enables the user to more conveniently type in the darkness. 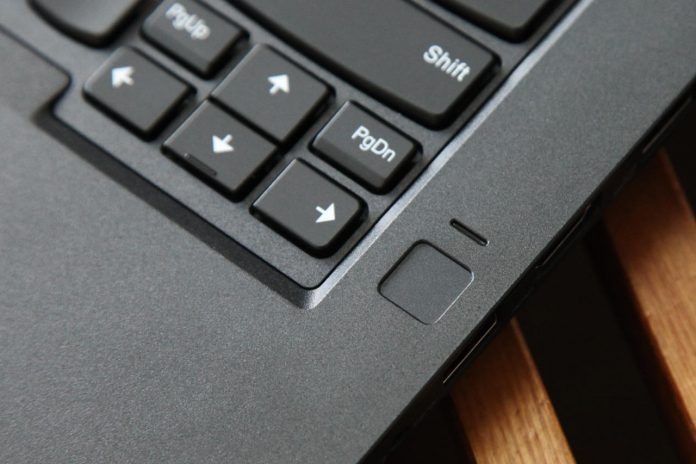 The laptop keeps the fingerprint reader on the right side, which supports fingerprint-to-unlock function. 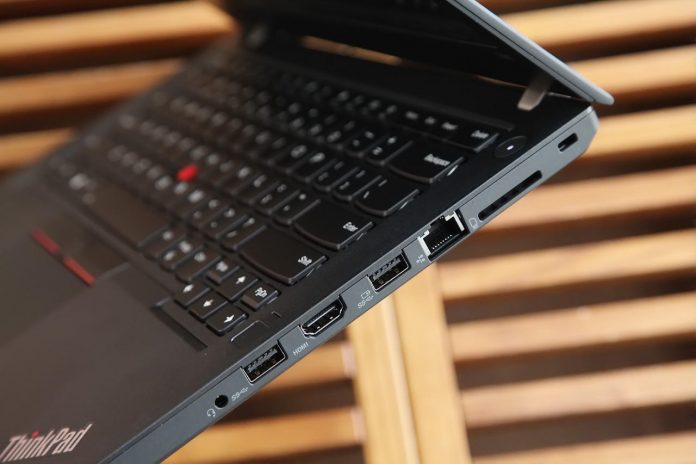 The Lenovo ThinkPad T480 has the comprehensive port design. The right port on the right side of the laptop includes an earphone/microphone two-in-one port, two USB 3.0 ports, an HDMI port, network interface and an SD card slot. 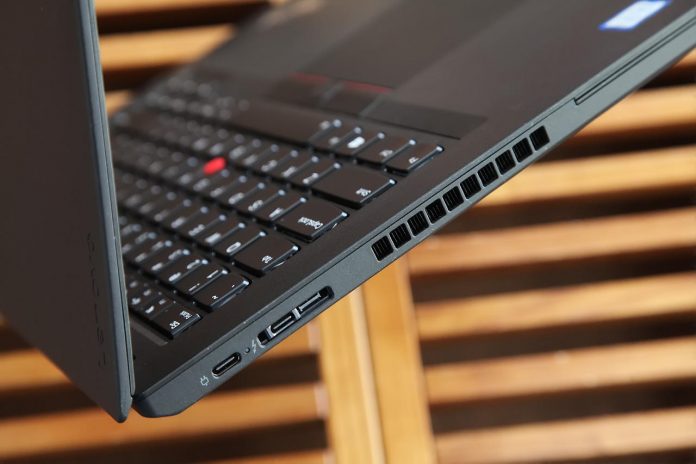 The left side of the laptop provides a Type-C port (for charging) and all-new docking stations including the Type-C port which supports Thunderbolt 3 function. There are laptop’s vents.

The Lenovo ThinkPad T480 weighs 1.86kg, and its weight with a power adapter is 2.18kg. For the user who often needs to carry the laptop, the ThinkPad T480 fail to show its significant advantage in portability.

The Lenovo ThinkPad T480 is powered by Intel’s Core i7-8850U processor with GeForce MX150 discrete graphics card. The laptop comes with 16GB DDR4 and 512GB SSD. Next, we will test the laptop’s performance. 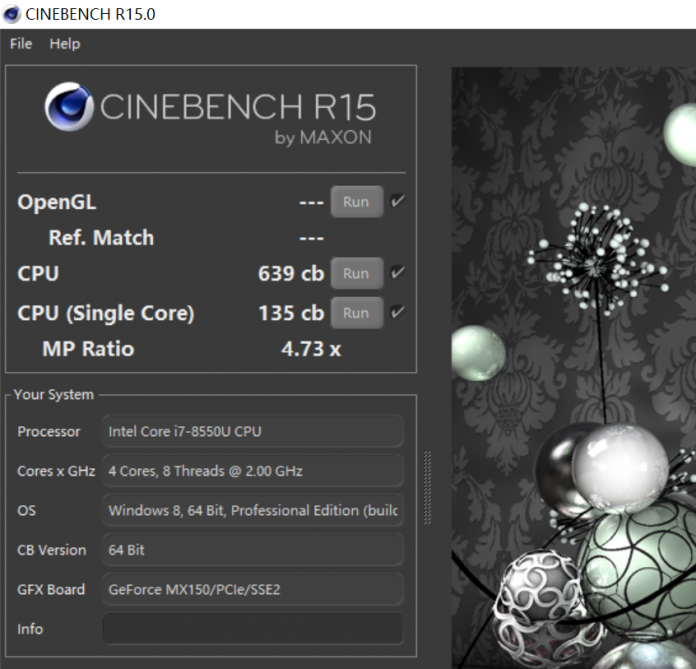 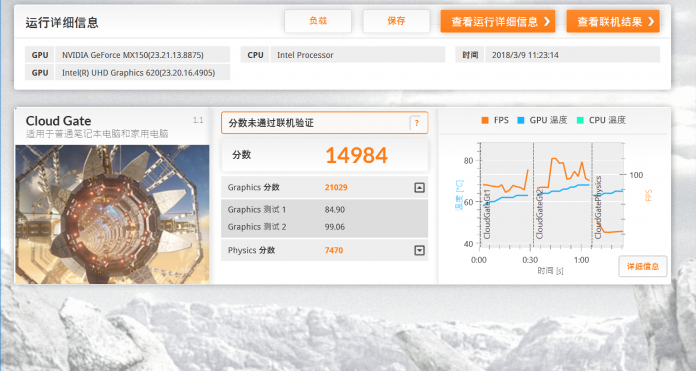 The Lenovo ThinkPad T480 comes with an NVIDIA GeForce MX150 discrete graphics card. The MX150 gets 21,029 scores on the Cloud Gate of 3DMark. With such high score, the MX150 undoubtedly reaches the top standard in the low-range graphics card. 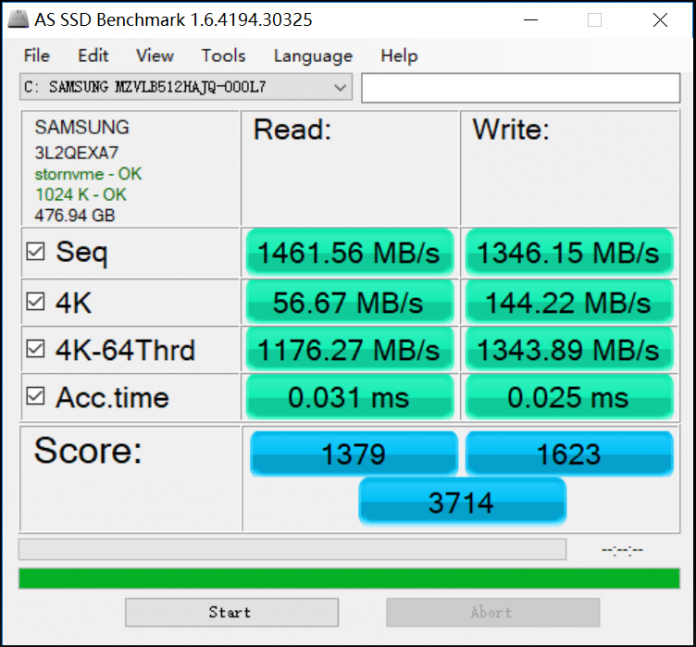 Lenovo ThinkPad T480 features Samsung’s PM981 SSD. After using the AS SSD to test, the PM981 SSD’s sequential read speed reaches 1461.56MB/s, and its sequential write speed reaches 1,346MB/s. Although the PM981 doesn’t reach the standard it should have, it is enough to deal with daily use. 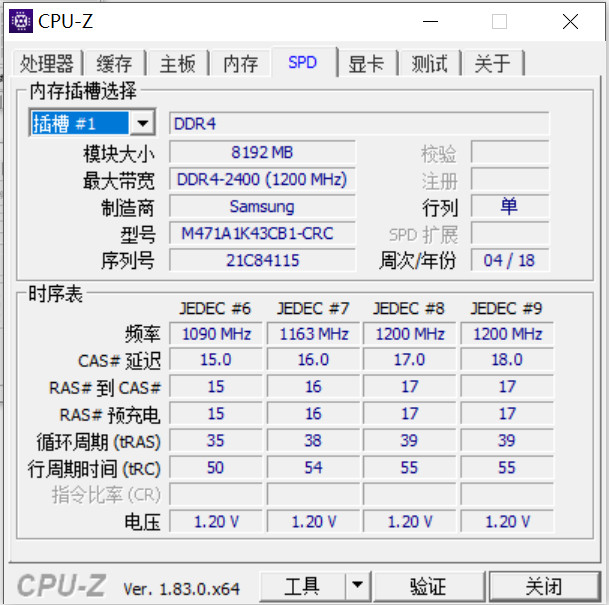 After using AIDA 64 and FurMark to test the laptop for 30 minutes, we find that the front keyboard has generated lots of heat, but its highest temperature is 44.9 degree which will not affect daily use. The temperature of the laptop’s central back is also high, but it will not cause any damage for normal use.

The graphics card that the Lenovo ThinkPad T480 features always keeps working at a 1.6GHz high frequency and its temperature remain 64 degrees. It suggests that the MX150 graphics card has excellent temperature control. Besides, the MX150 can completely support game experience except handling office work. 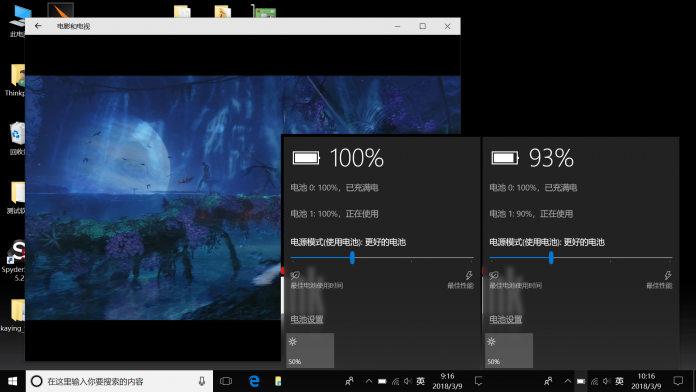 The Lenovo ThinkPad T480 has long battery life thanks to its dual-cell battery. We adjust screen brightness to 50%, volume to 20% and close all the background software, then play a 1,080p video for an hour. The battery only consumes 7%. Lenovo ThinkPad T480 can work round 14 hours inferred from that. 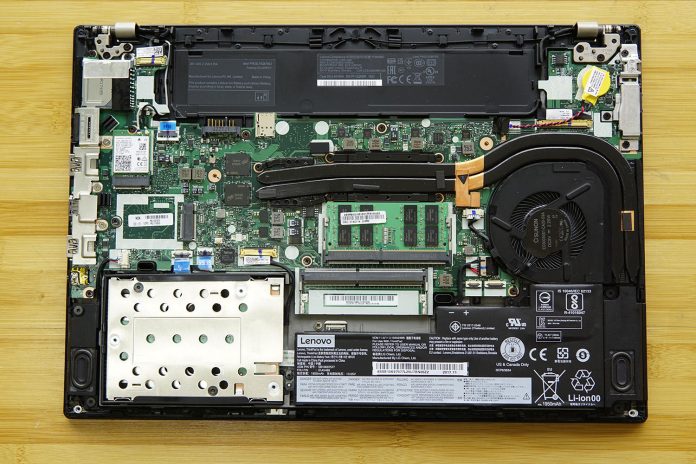 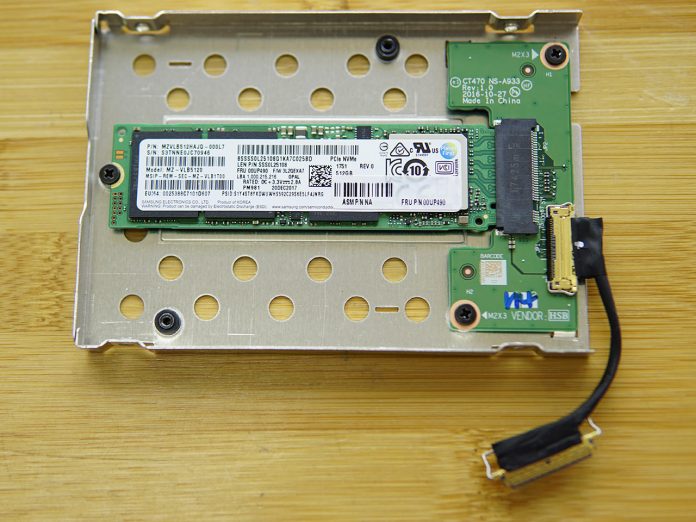 ThinkPad T480’s SSD still use the adapter connected to the motherboard, so the performance of the hard disk is limited. Users who need the hard disk speed need to pay attention to it. It is worth mentioning that another version of the T480 has a 2242 M.2 SSD and a 2.5-inch hard disk.