In the past few years, the ThinkPad line has made a big success, and it is famous for its ultra-thin high-quality laptops. Recently, Lenovo has launched the second generation of its high-end ThinkPad P1 workstation- ThinkPad P1 Gen 2. It is safe to say this new model now is one of the thinnest mobile workstations. 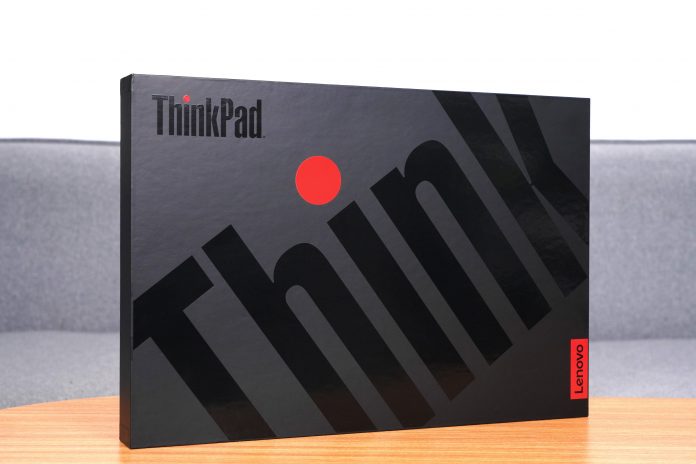 The device we are testing is powered by the latest 9th generation Core i7-9850H processor. Besides, it comes with 32GB DDR4 and 1TB SSD coupled with NVIDIA Quadro T2000 MAX-Q. Of course, it has another version that features the Intel Xeon E-2276M processor and 64GB RAM. 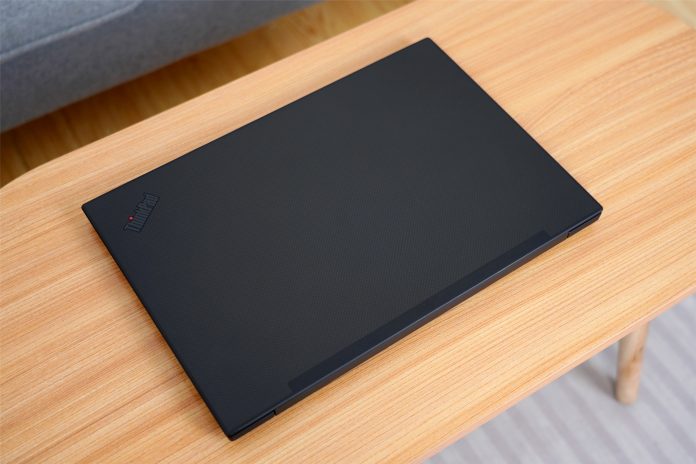 Encased in carbon fiber and magnesium alloy guarantees its thickness, weight, and solidity. 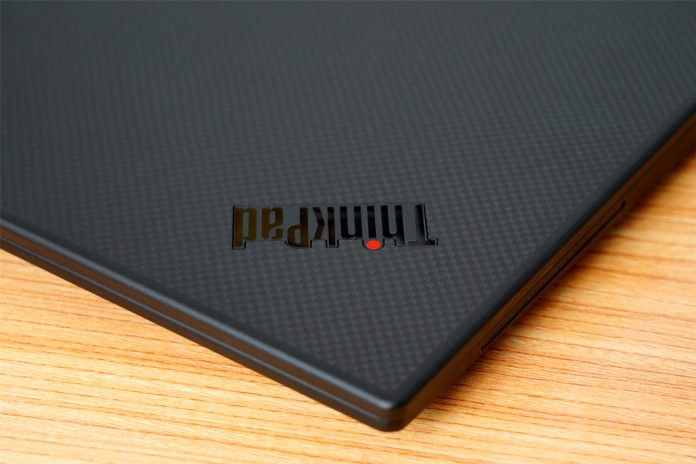 And meanwhile, the texture adds a sense of class to the laptop. 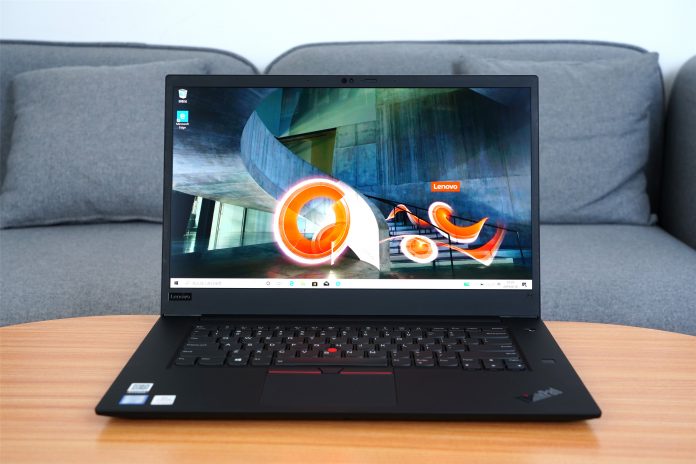 Just like its predecessor, this workstation adopts a three-sided narrow bezel design. Adding a 15.6-inch display, the workstation brings the user a better visual experience. Weighing 1.7kg and 18.4mm thin makes the workstation stand out with regard to portability among the workstations of the same size. 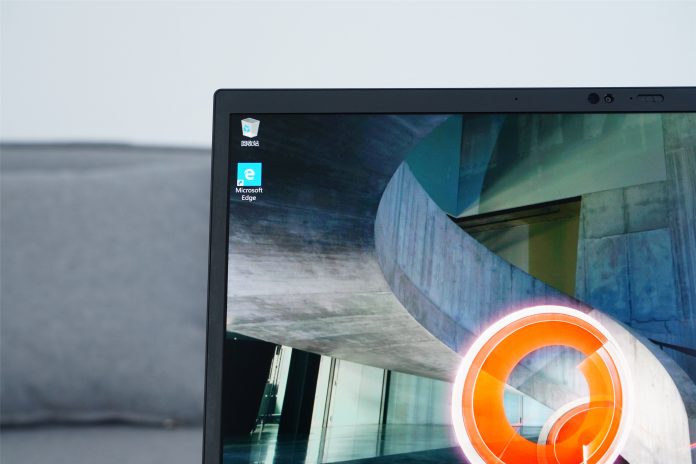 According to its configuration, the display’s resolution is up to 3840×2160. Its Adobe RGB color gamut covers 100%, brightness reaches 400nit. 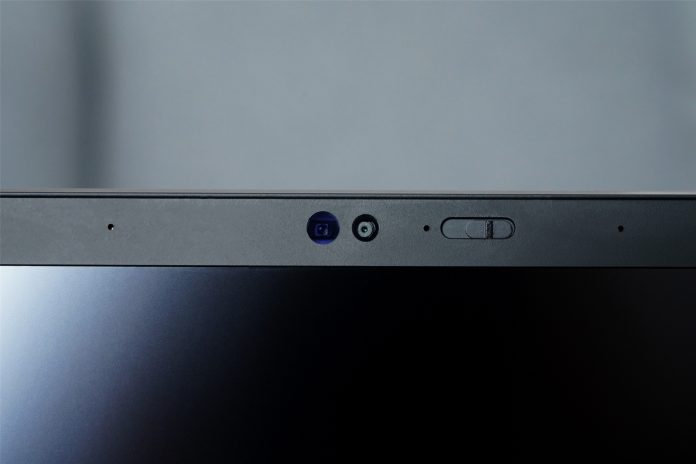 There are two cameras on the front. The one on the left is the infrared web camera, which supports facial recognition. And the other on the right is the HD 720p camera with ThinkShutter privacy cover. 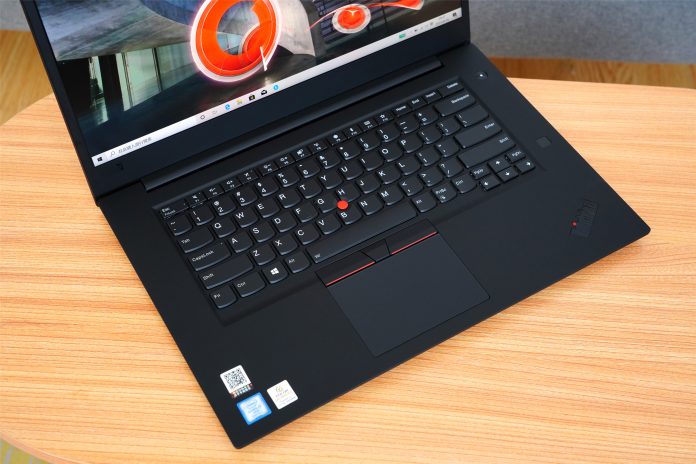 This is the touchpad, and users who prefer to ThinkPad laptops are no strange to it. 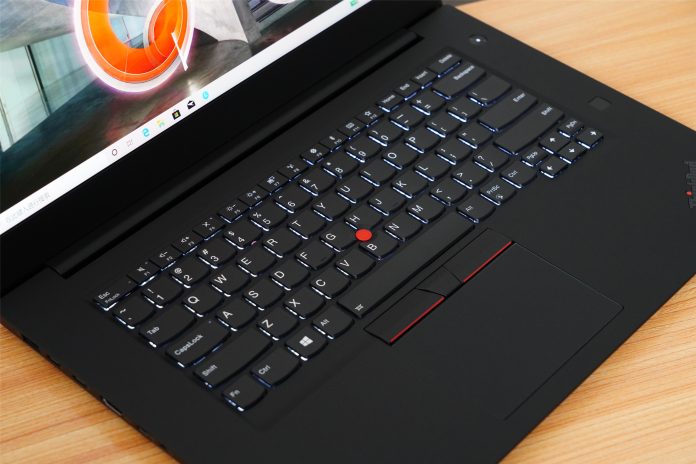 Its keyboard boasts a comfortable hand feel, which is one of its highlights. In addition, the keyboard is backlit. To adjust the brightness of the blacklight, press the key with the backlight icon twice or three times. This way, the user had no difficulty typing in the dim light. 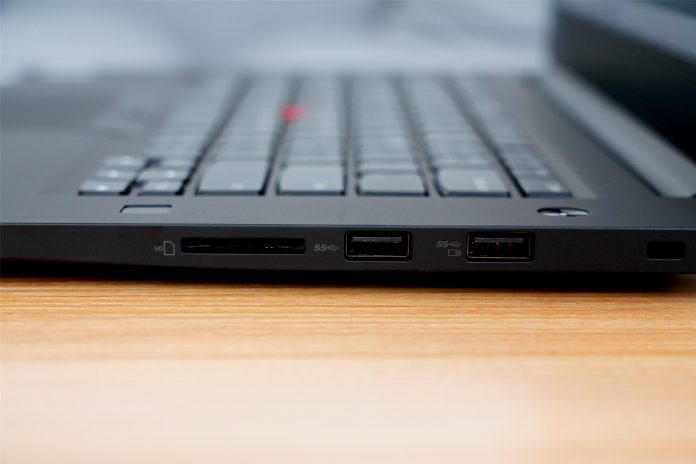 The ports on the right side include two USB-A ports and an SD card reader. A high-efficient SD is essential to a workstation. 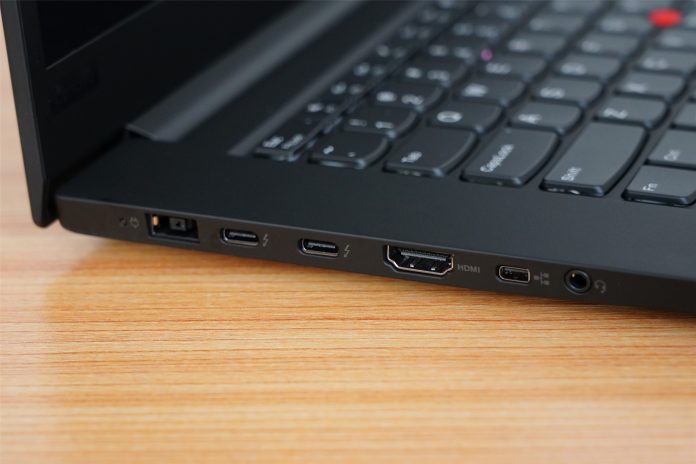 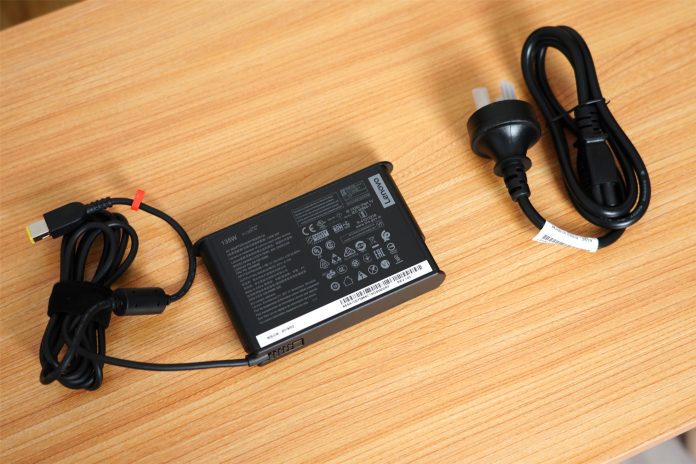 The rated power of its adapter is 135W.

The device weighs 1.7kg. It is lighter than most 15.6-inch laptops. The laptop with an adaptor weighs less than 2.2kg.

It’s easy to remove the back cover. After taking out all the screws, we can see its internal structure. 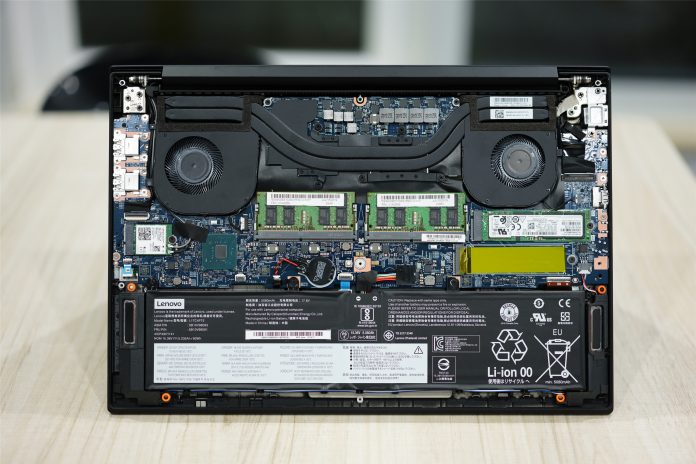 The laptop has two fans and two pipes. 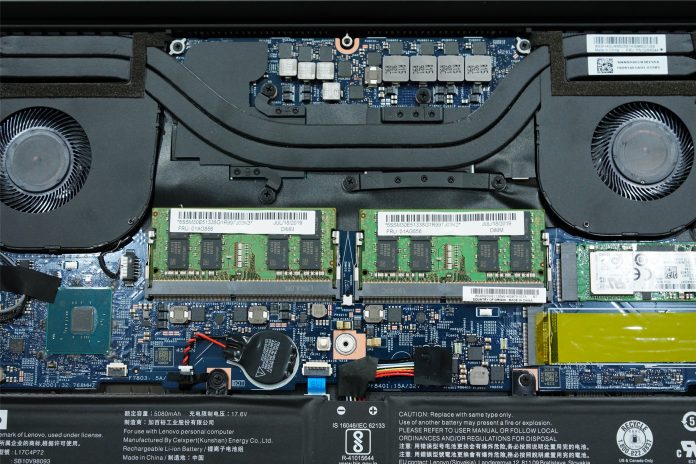 The model we are testing comes with two 16GB DDR4 2666MHz chips. 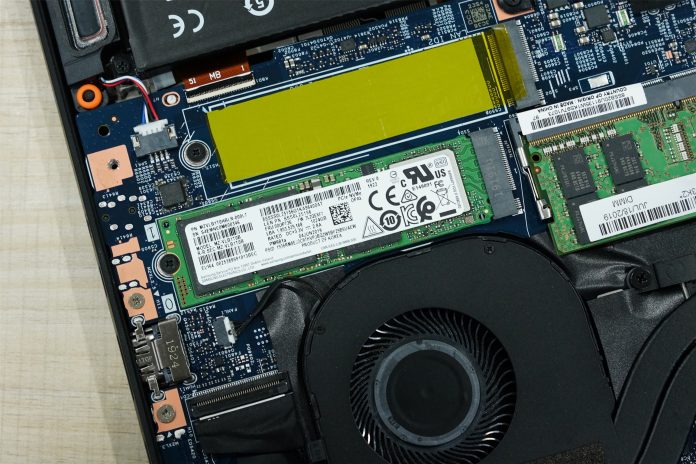 It comes with a 1TB Samsung PM981a PICe NVMe. There was an M.2 PCI-E interface for the user to expand its storage. 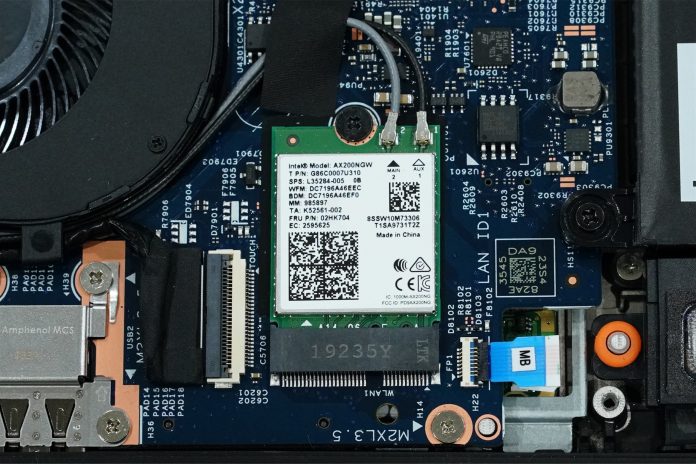 The device features an Intel’s AX200NGW which supports 802.11ax standard. Built to reach speeds of up to 9.6Gbps, it is the fastest WiFi. 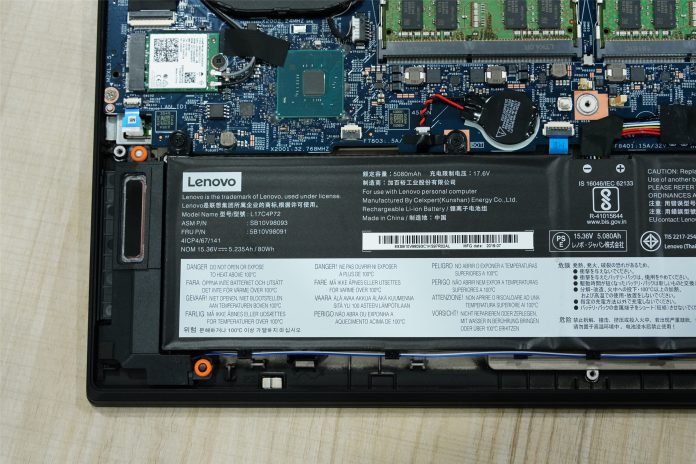 It sports an 80Wh battery. We adjust its brightness to 50% to play a 1080p video. An hour later, its battery drops from 100% to 80%. From that, we can infer that the laptop can last for five hours with a 1080P video on. As a laptop powered by a standard-voltage i7 processor and featuring a professional independent graphics cards, it had a good performance in terms of its battery life.

This workstation is powered by the ninth-generation Core i7-9850H processor. The chip has six cores and twelve threads. Its frequency is 2.6GHz, up to 4.6GHz. 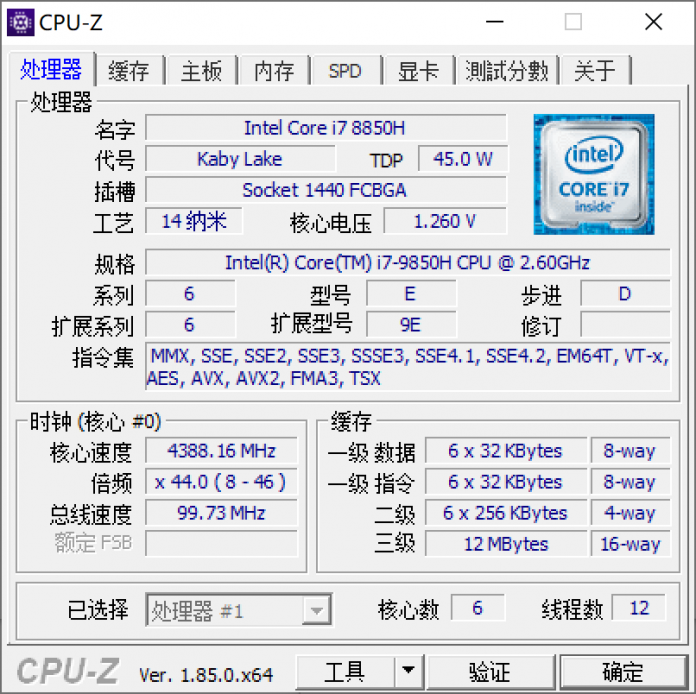 We use CineBench R15 to test its CPU. 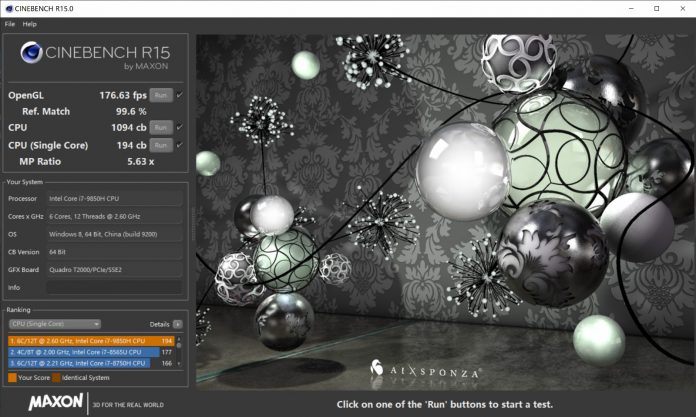 The results display that the i7-9850H processor’s single-core score is 194cb, and its multi-core score is 1094cb. As a Hexa-core standard-voltage processor, it has a quite good performance.

On Corona Benchmark, the processor’s speed is 1.28 minutes. 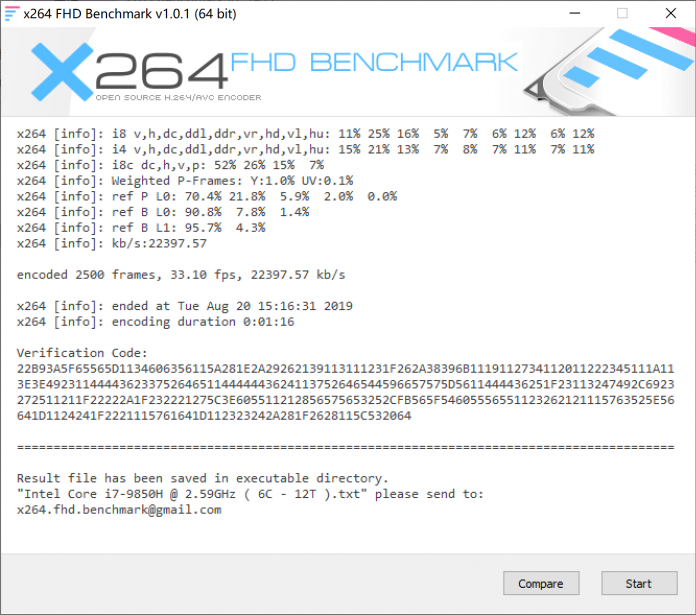 In general, the Core i7-9850H processor has a far better performance than those low-voltage processors the ultra laptops feature. 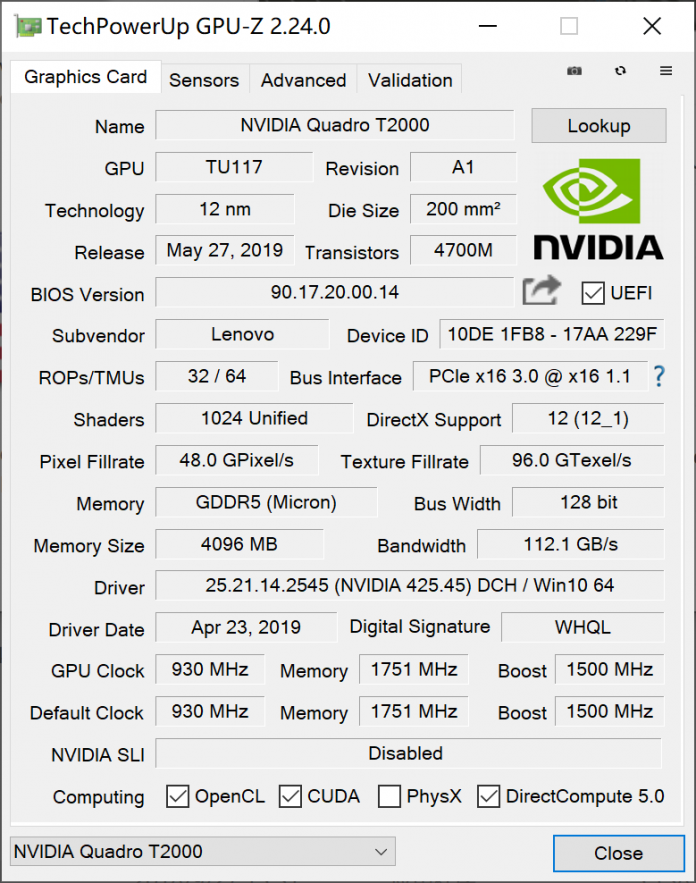 According to the test result, this GPU’s score is 7770 on 3DMark. 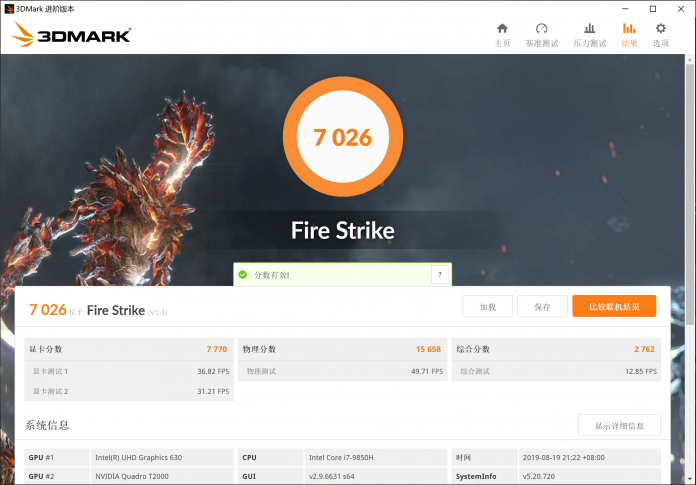 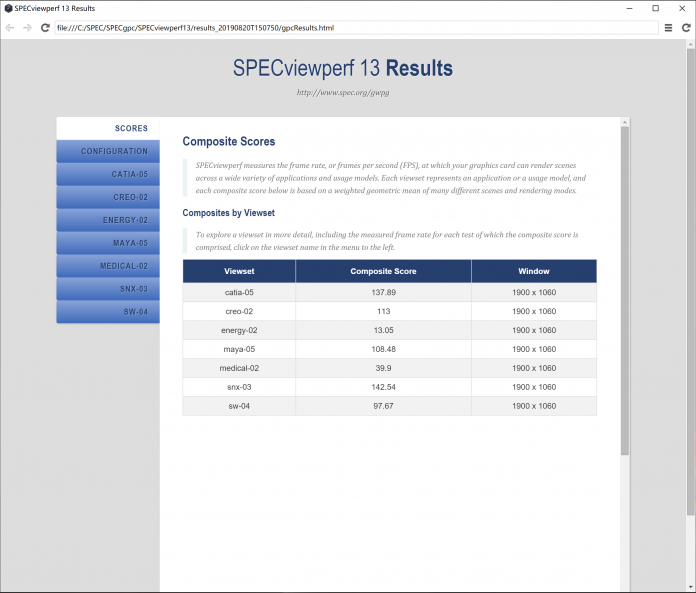 Based on the test result, we can see Quadro T2000 showed its amazing performance. There is no frame loss during the test. 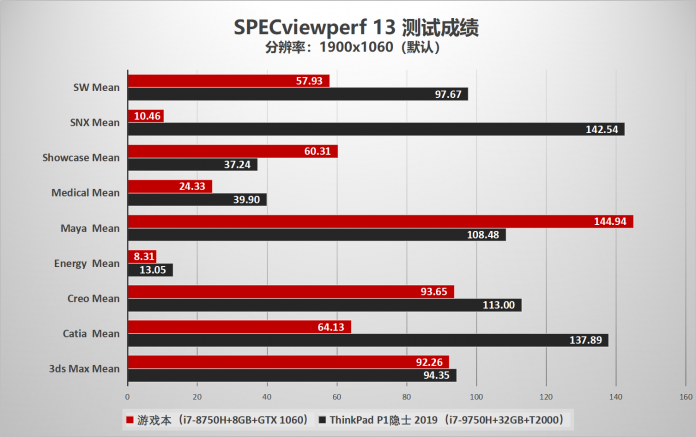 This workstation comes with PCI-E NVMe SSD-Samsung PM981a which most laptops feature. 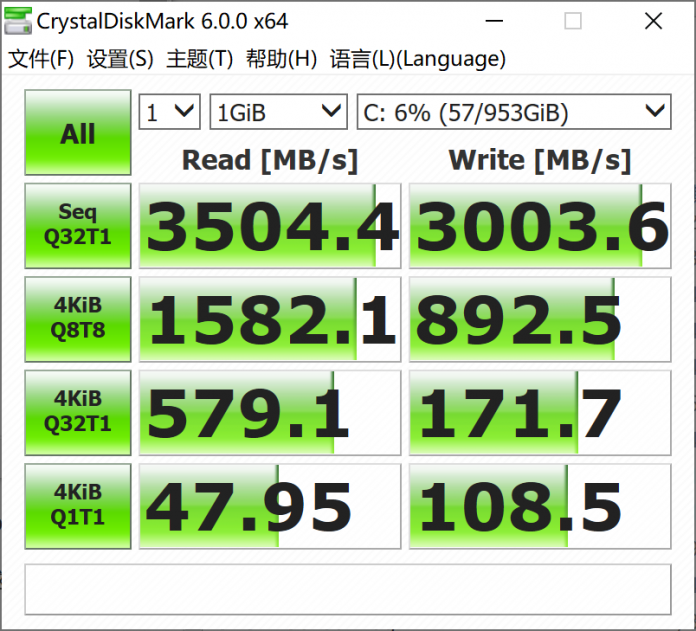 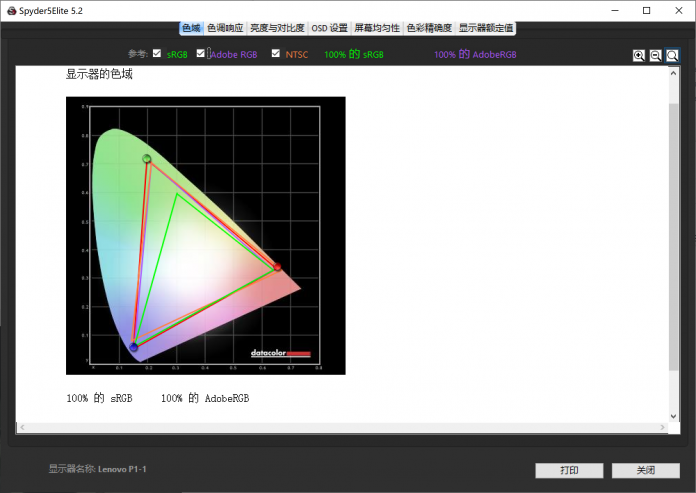 In terms of resolution, color gamut, brightness, the display this workstation boasts reaches the top level among the IPS displays current laptops comes with.

In the stress test with Furmark and FPU, the exterior of the laptop warms to a maximum of 58.8℃ with the maximum heat measured at the bottom near the hinges. 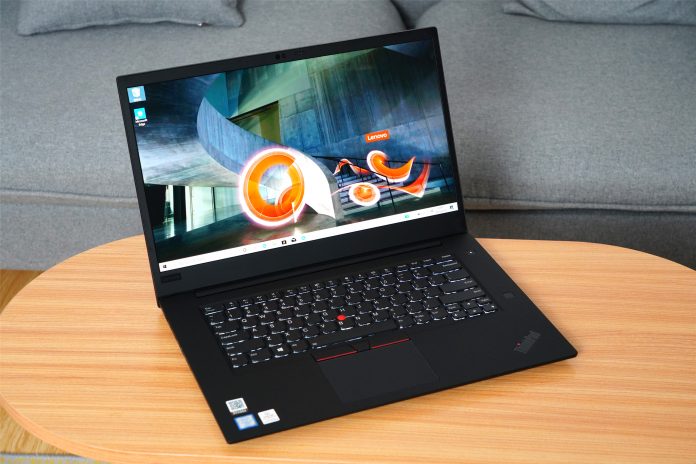 Compare to traditional workstations, the ThinkPad P1 Gen 2 2019 is more portable. And meanwhile, it has higher performance than most ultra laptops. Being ThinkPad’s flagship-level product, this device features a CPU and graphics card which guarantees the professional applications run smoothly. What’s more, its display’s Adobe RGB color gamut covers 100%. In a word, this workstation is a good choice for professionals working for design.