Taiwanese multinational computer, phone hardware, and electronics company, Asus, is well known for its manufacturing of high-end gaming laptops which can tolerate a wide variety of games. Asus has unveiled numerous classic gaming laptops and sometime last year, it released the STRIX GL500 and GL700 series, two rugged gaming laptops which were recognized by top gamers around the world. Asus recently launched the Asus ROG Strix GL702VI which has a much-improved performance than other models. Its appearance is completely amazing with a rugged gaming look. This laptop delivers all that you will ever need in a top gaming laptop including NVIDIA GeForce GTX 1080 graphics, the latest 7th Generation Intel Core i7 processor (i7-7700HQ), 32GB RAM, 512GB PCI-E SSD, Windows 10 Pro and a magnificent 120Hz G-SYNC panel. Designed with top-notch component and built to impress, ROG Strix GL702VI is an all-conquering companion for all gaming adventure. 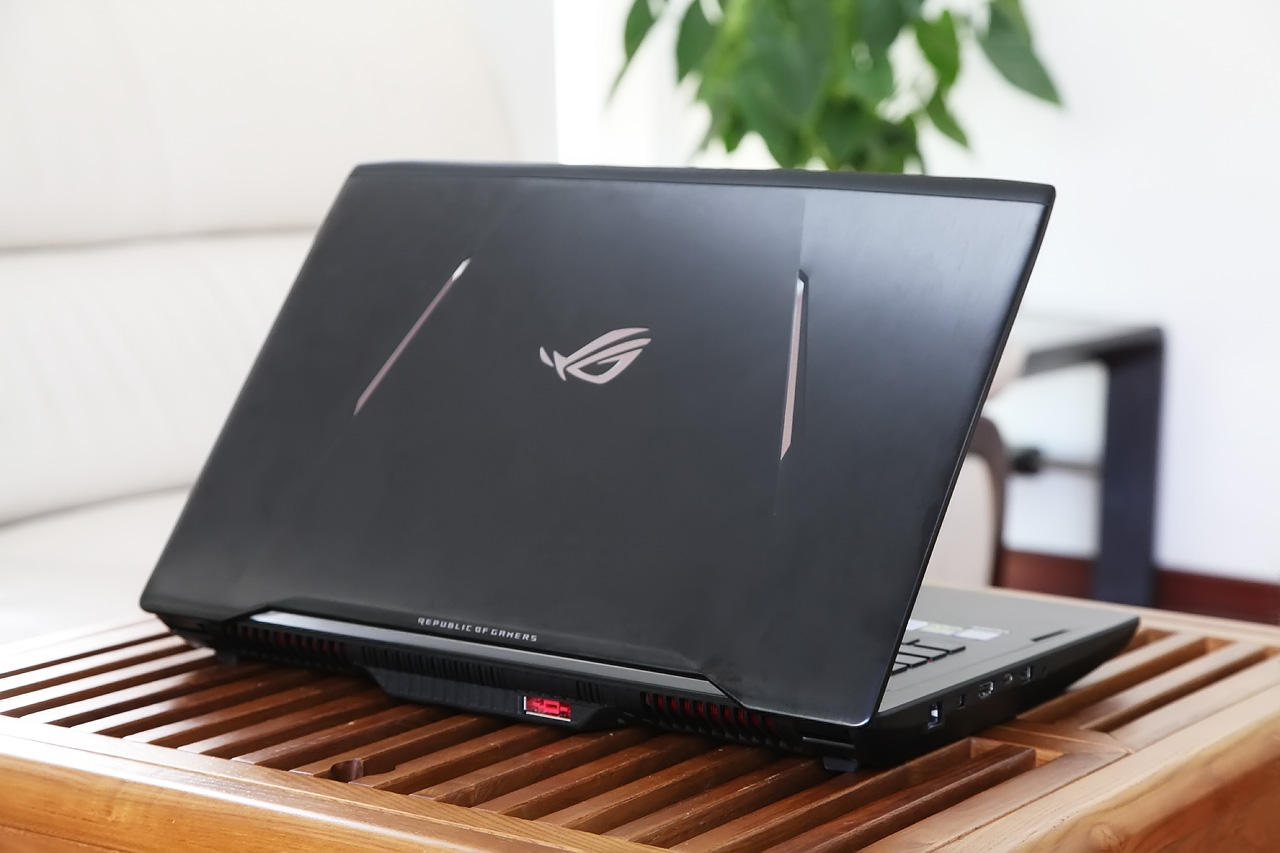 The design and appearance of Asus ROG Strix GL702VI just portray its gaming capability. Unlike the previous champagne gold model which looks friendly, the Strix GL702VI comes with a pure black color palette with an A—grade brushed metal finish. Most attractive is the LOGO at the center of the top fuselage with the inscription “Republic of Gamers” on one end. 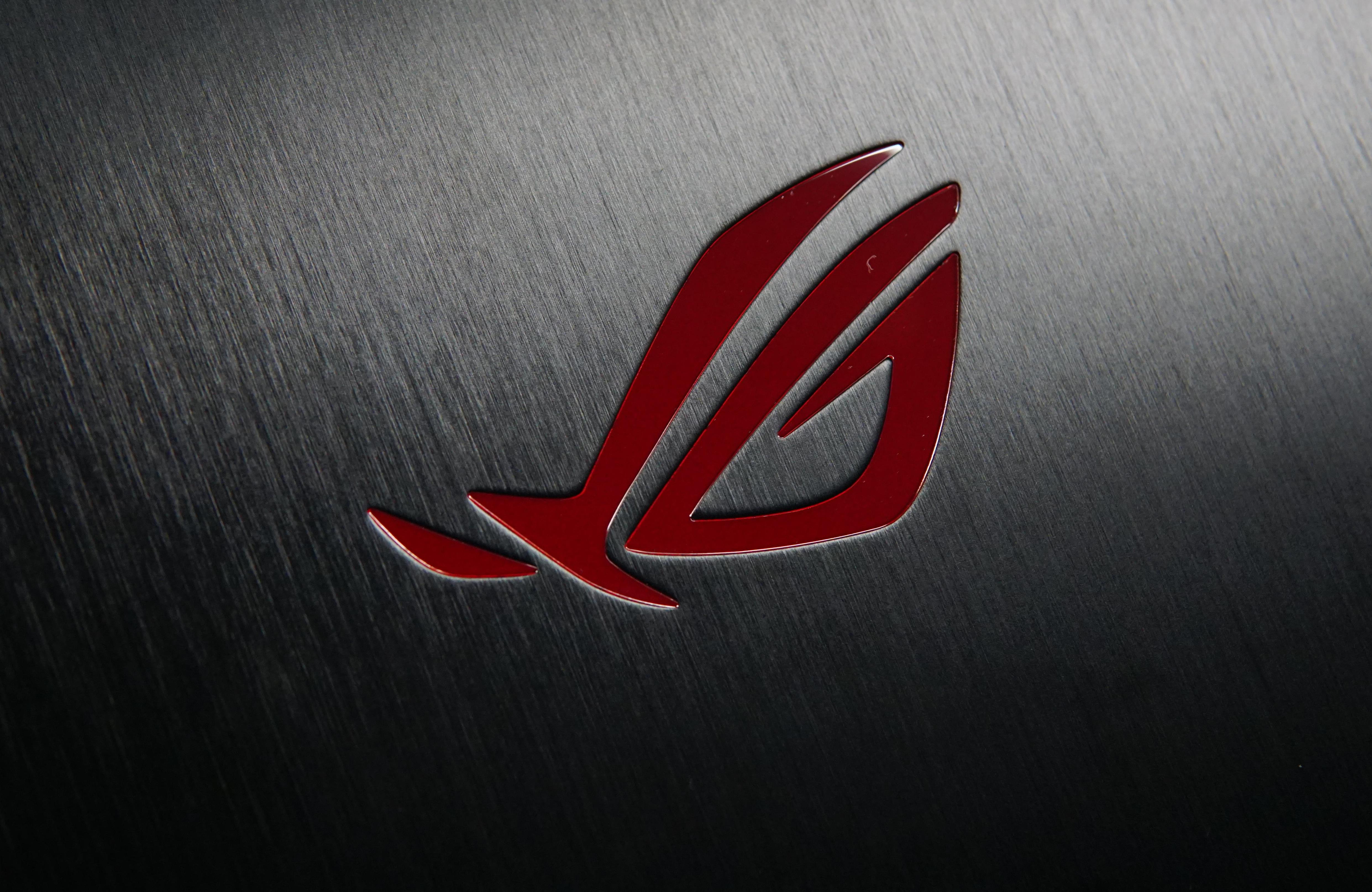 As an eSports device, it definitely needs a large screen so as to give gamers an immersive view. The Asus ROG Strix GL702VI comes with a huge 17.3-inch IPS screen with a 1920×1080 resolution. This system uses a super-fast 120Hz wide-view panel which includes the NVIDIA G-SYNC technology for synchronizing refresh rates with its magnificent GTX1080 graphics card. This eliminates visual tearing and reduces lagging and frame stutter to ambient levels thus delivering a smooth and blazingly fast display. Although the use of this graphics card improves the general performance of this device and gives it an awesome cooling effect, the thickness has also been increased to 37mm. 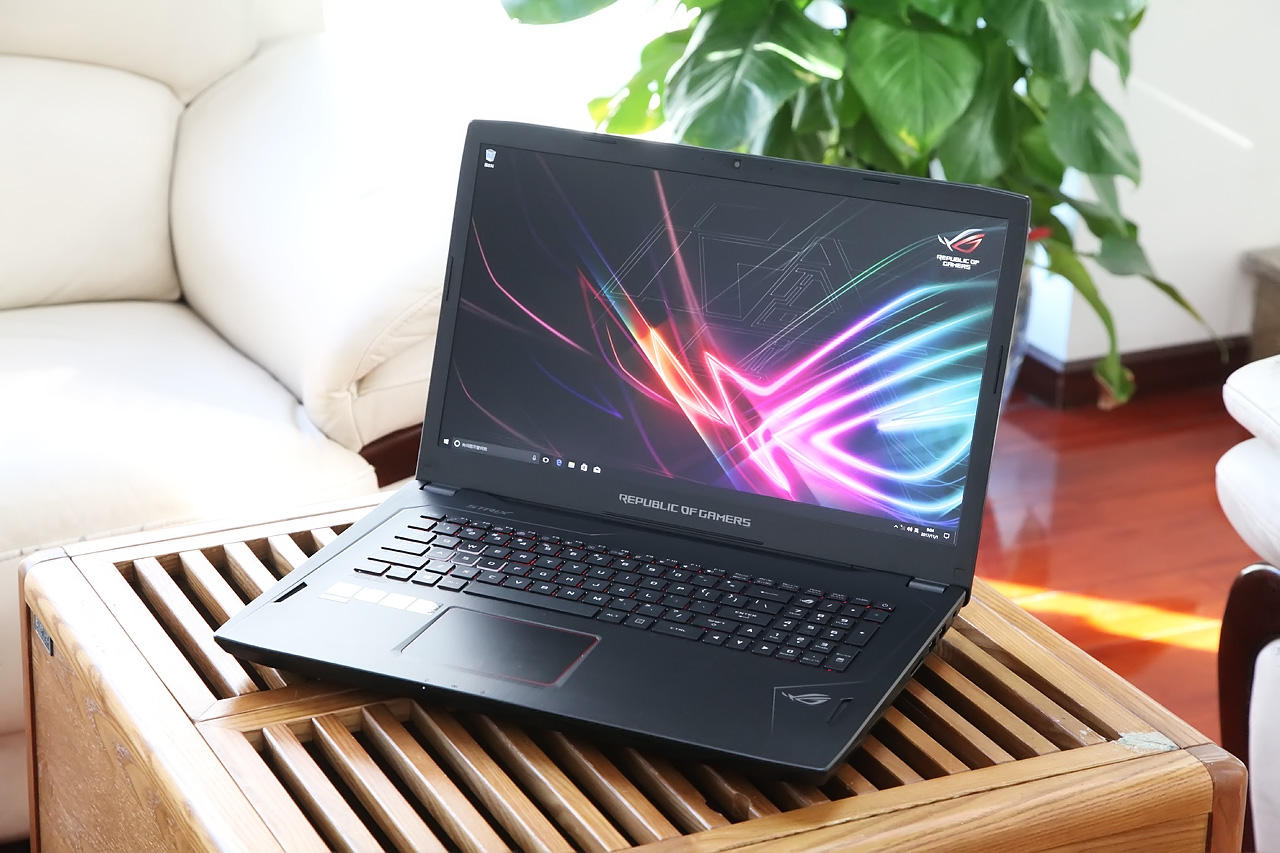 Asus ROG Strix GL702VI screen with a screen refresh rate of 120Hz which is just ideal for gaming. So what is the quality of the screen? We tested the screen of this laptop using the Red Spider 5 Colorimeter. The final test result shows that the screen structure of Asus ROG Strix GL702VI has a 96% sRGB gamut range which is very good. Also, the color performance of this screen reached a very high level when refreshing and the maximum measured brightness hit 289nit. There is no doubt that this is a pretty awesome screen. The screen performance is top-notch and it will deliver excellent image processing for daily usage. Whether you need this laptop for games or movies, it will unleash a clear image regardless of the lighting conditions. 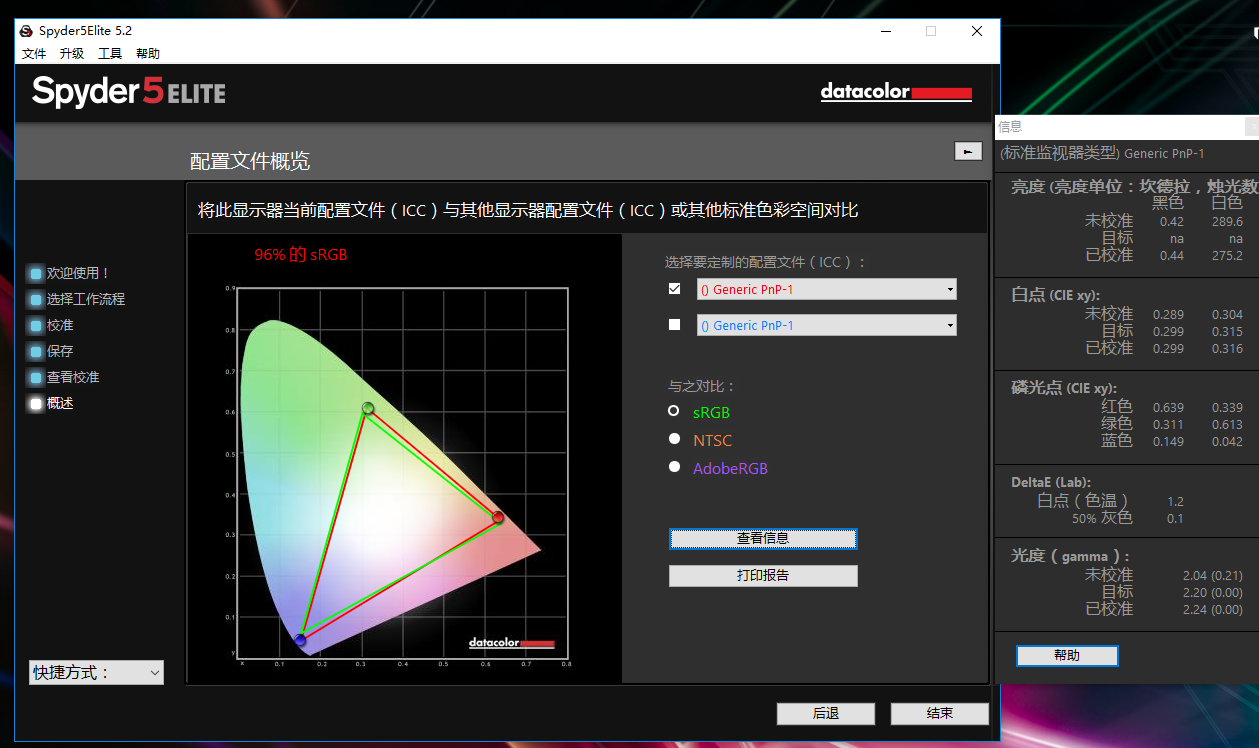 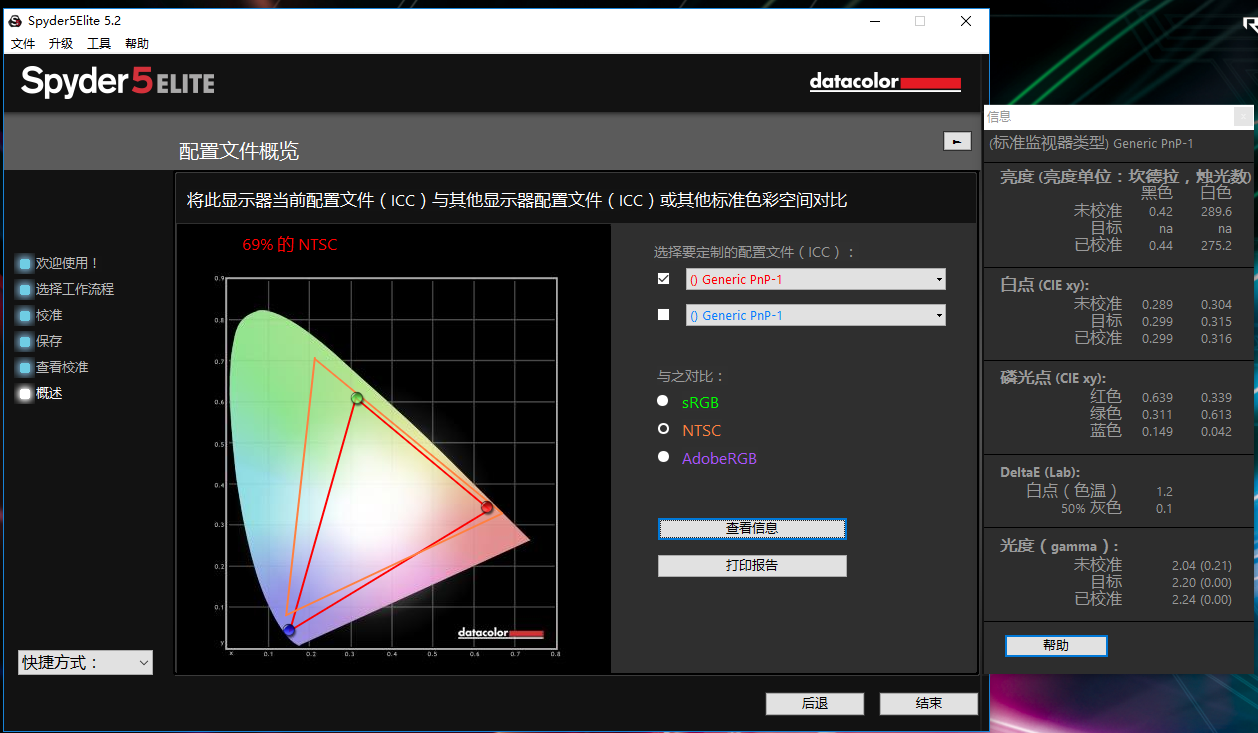 The entire keyboard design is made from plastic material considering the much-needed insulation effect during intense gaming. This keyboard supports regional RGB backlighting effect thus you can use the built-in AURA software for color and dynamic effects. This keyboard comes with Chiclet-style key and a demarcated WASD group for swift and accurate controls even in dark environments. 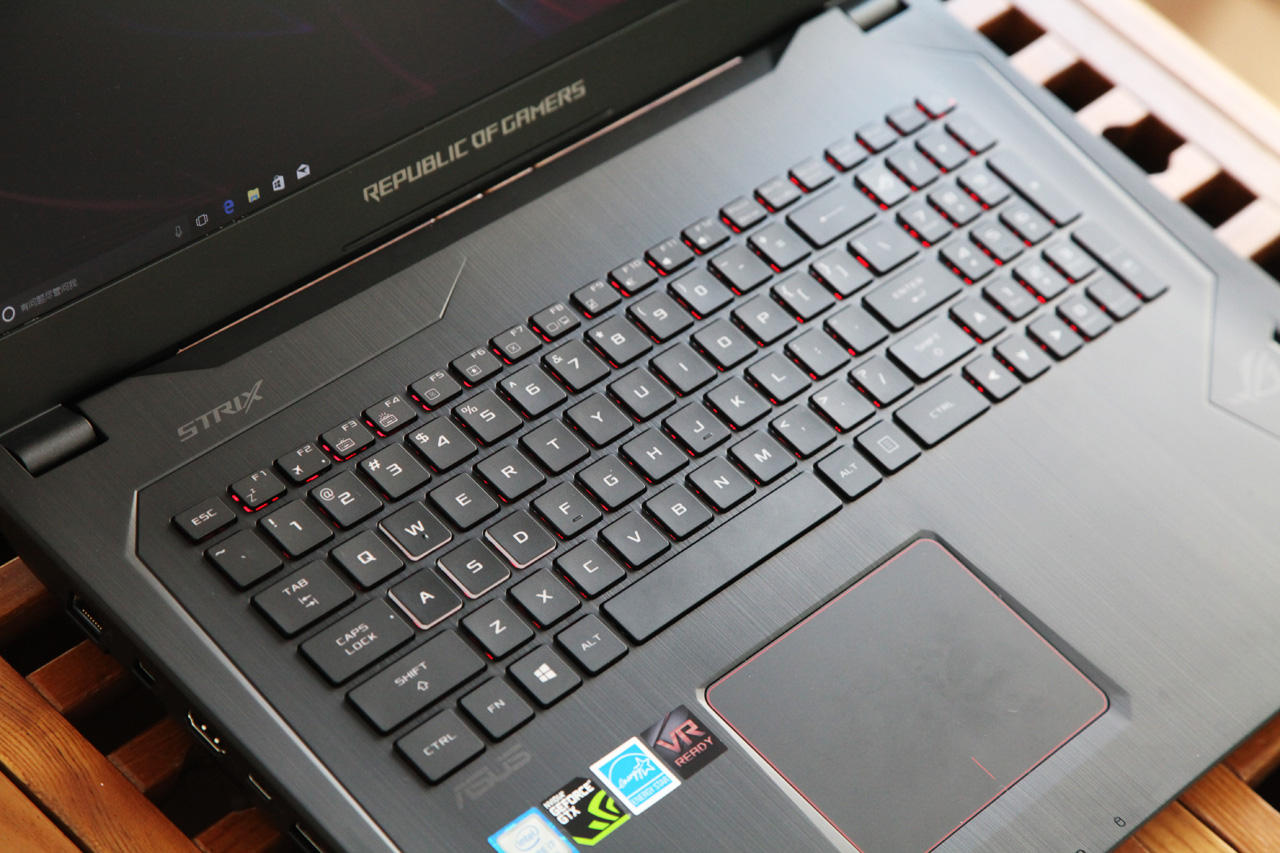 This backlit keyboard is refined to suit your every need and it is backed by a precisely engineered scissor switches. Keystrokes are highly responsive, feels great and hit their marks at all times. Although its keycap design and longer keystroke bring a very good feel, the only drawback is the softer touch which doesn’t make typing particularly fun. Nevertheless, this is a gaming laptop thus I don’t think gamers will care what this system can do when typing. 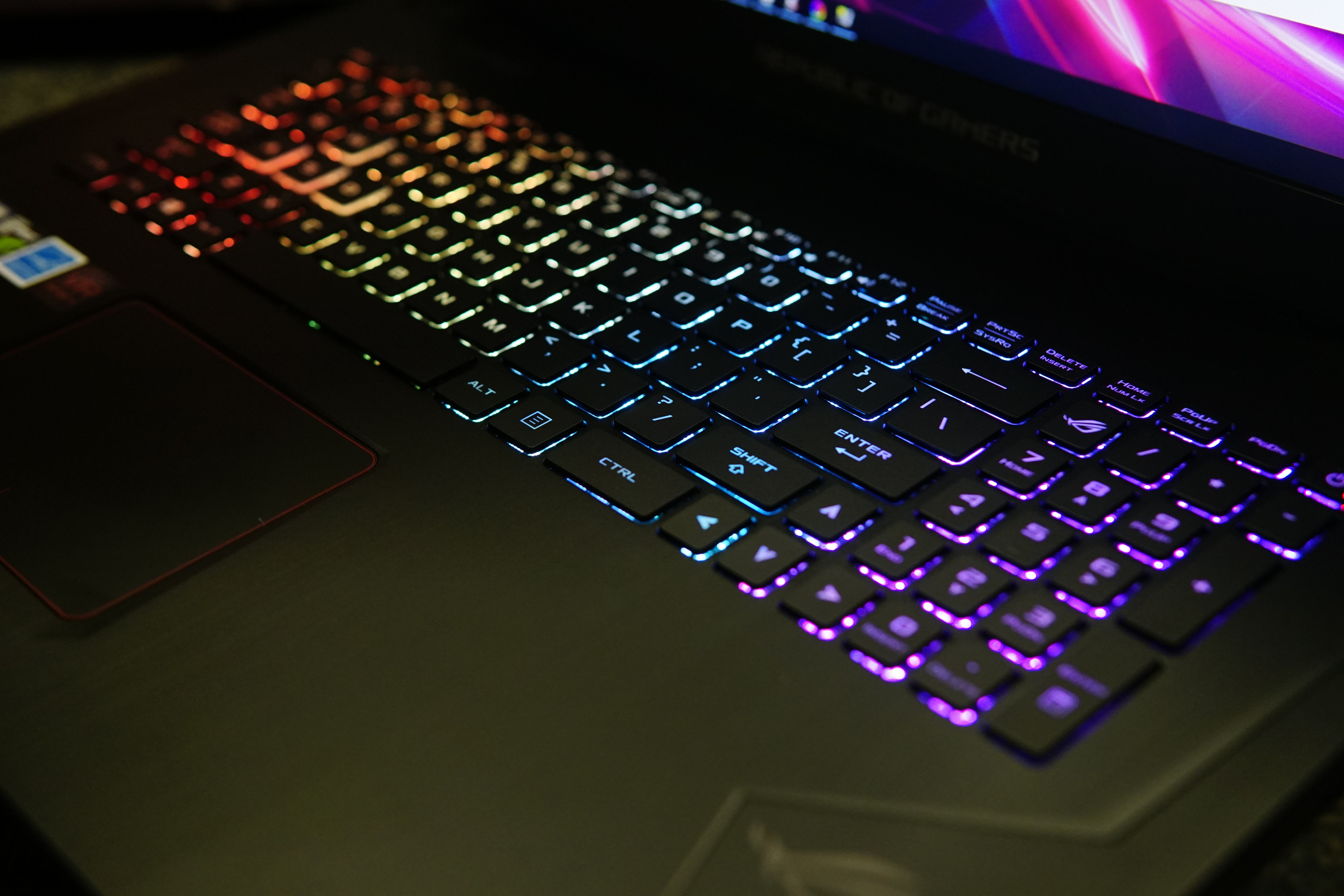 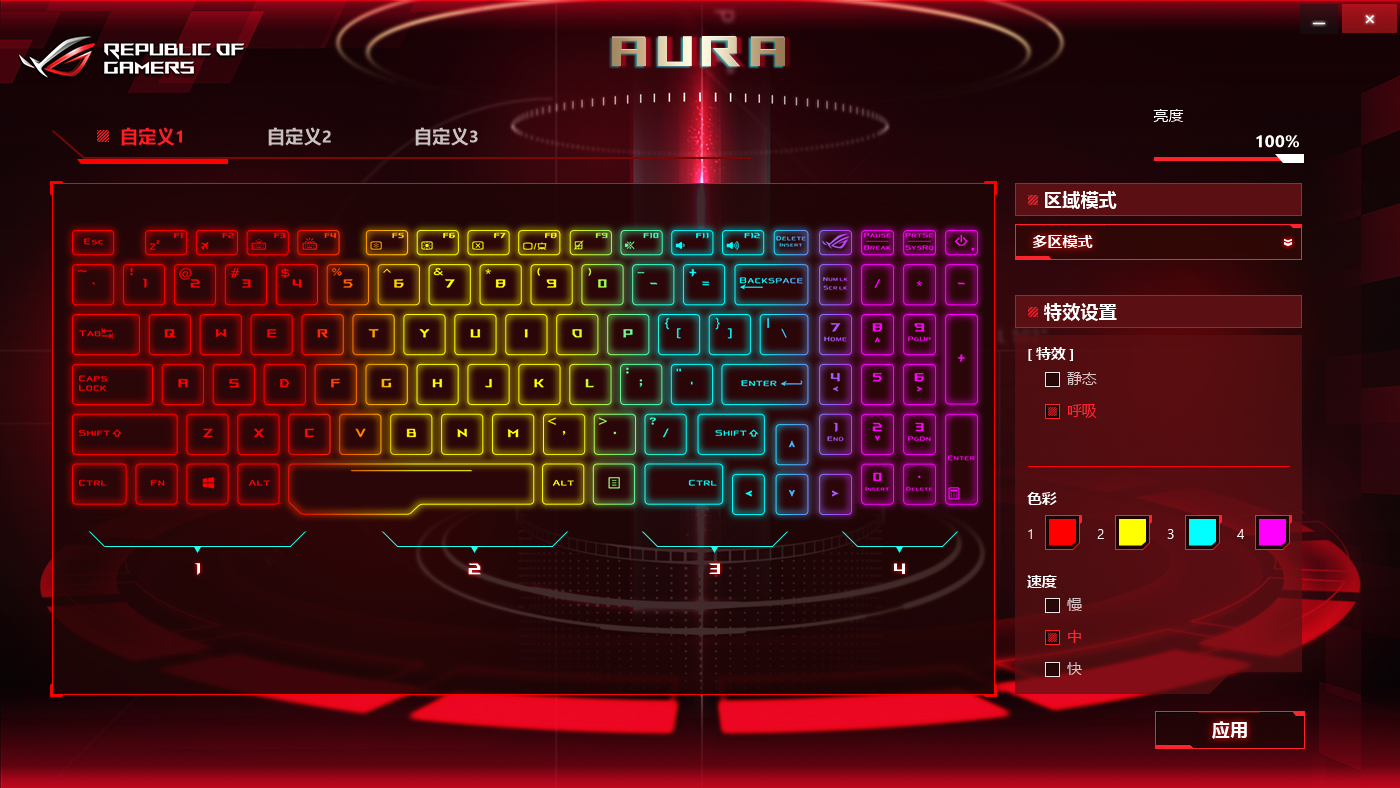 The Asus ROG Strix GL702VI is equipped with two 1W stereo front-facing stereo speakers that are carefully engineered to deliver an excellent, crisp, clear and powerful sound quality. Its Built-in Smart amplifiers (AMP) technology allows you to monitor and adjust the audio output in real time. Thus you can increase the volume to the highest and you don’t have to worry about damaging the cones. With the above technology, the maximum volume of this laptop is almost equivalent to 2x4W speakers. This is definitely awesome. 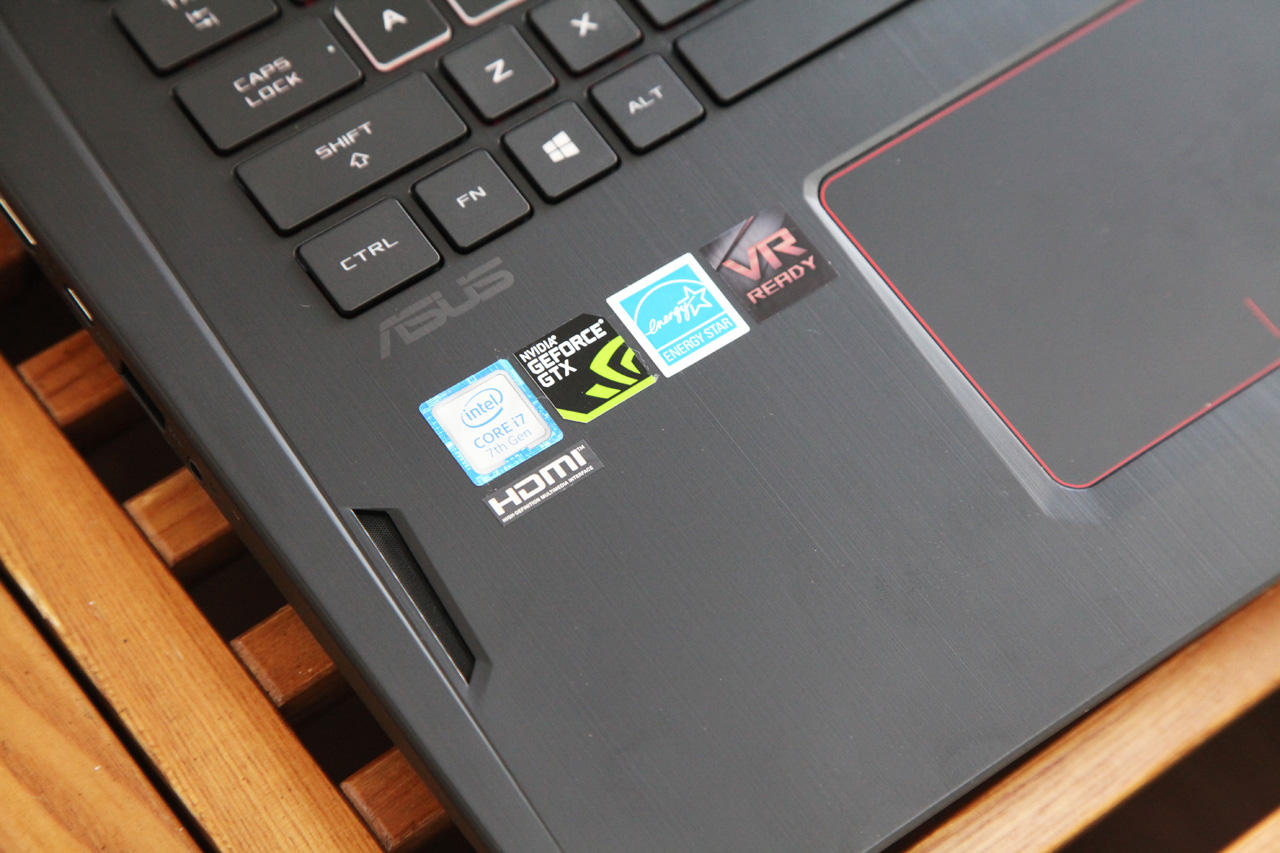 Furthermore, the GL702VI also sports a Sonic Studio Software with Sonic radar, voice-volume stabilization and in-game noise cancellation. This on-screen overlay helps you to identify your foes while gaming by the relative positions of different sound effects. Well, you need not worry about using this laptop in a loud and noisy environment because it is equipped with integrated array microphones which filter out ambient noise and makes your voice come through loud and clear

The touchpad of this laptop has a sleek design with red lining around its corners. 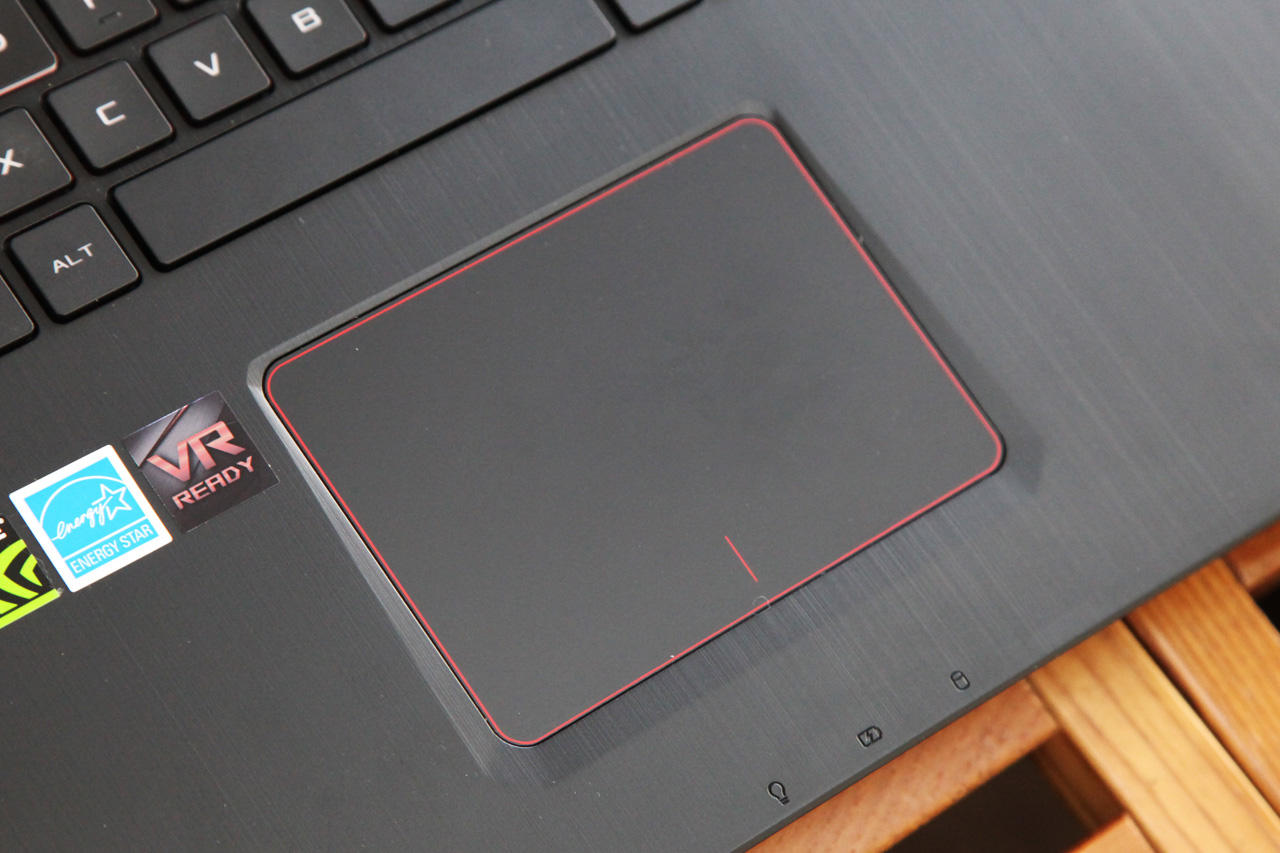 This laptop ships with plenty of connectivity options which are arranged on the left and right fuselage of this laptop and includes a Mini DisplayPort on the left fuselage which is a small interface that supports a swift and seamless connection to a large external monitor for better immersive displays. 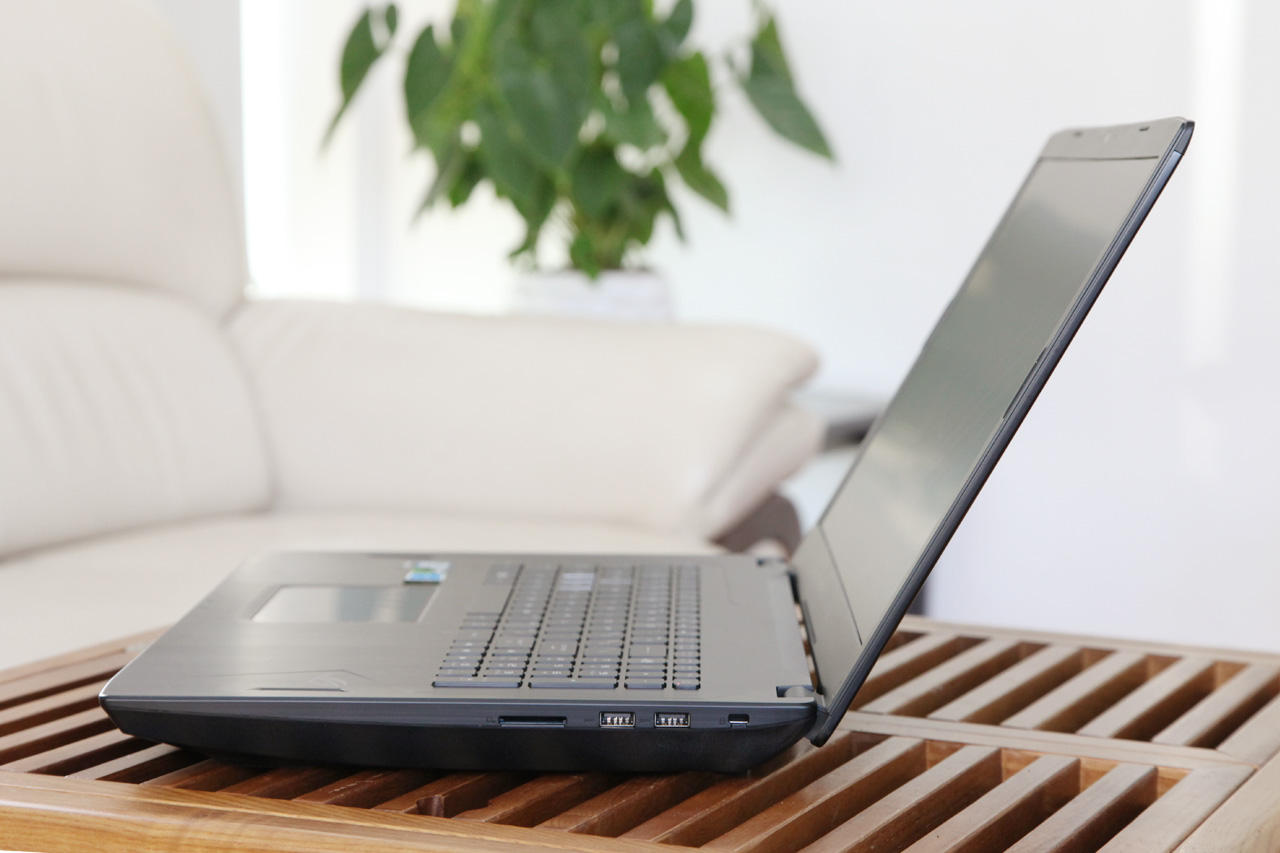 The Asus ROG Strix GL702VI has a thick body design and reaches 37mm thick because of its high-quality graphics card. On the right side of the fuselage, we have the 2 x USB 3.0 ports, an SD card reader, and it also with a security keyhole. 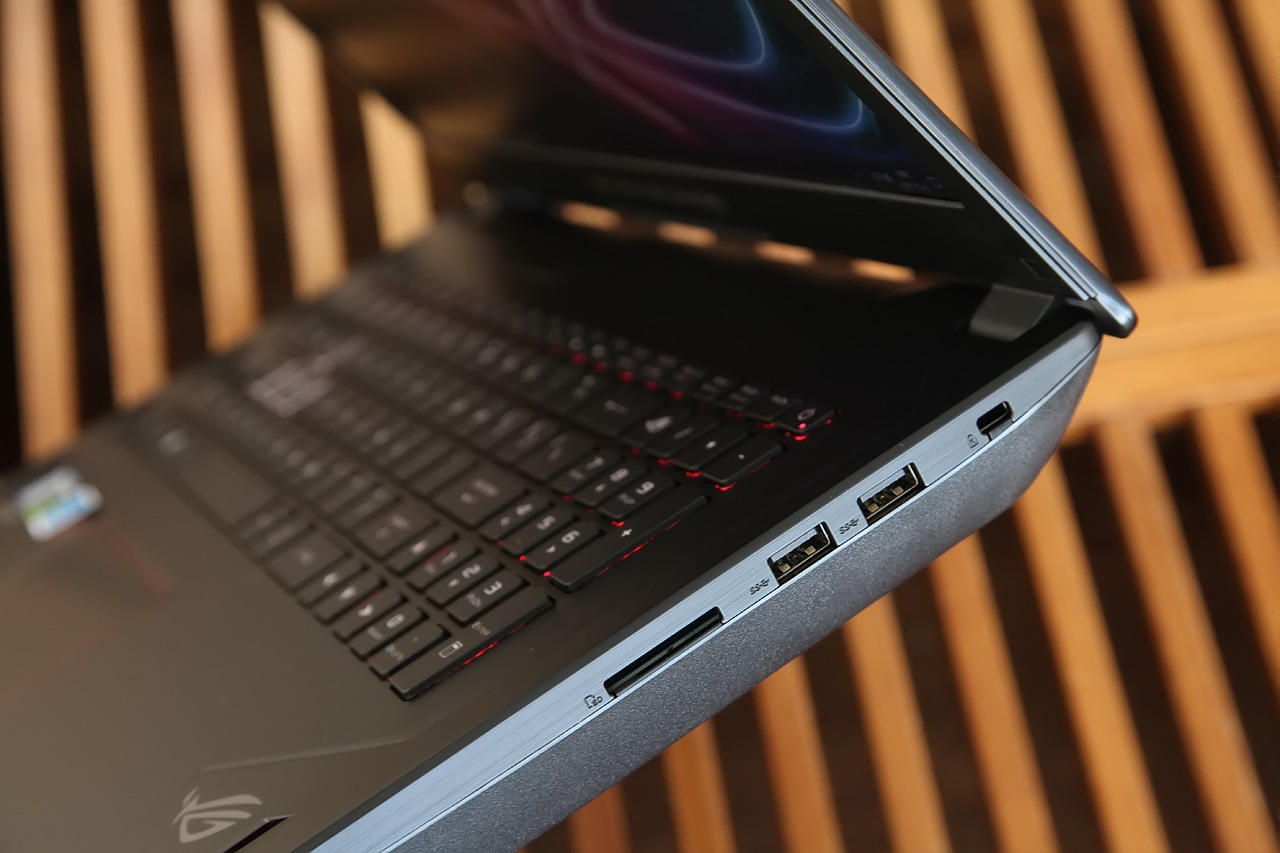 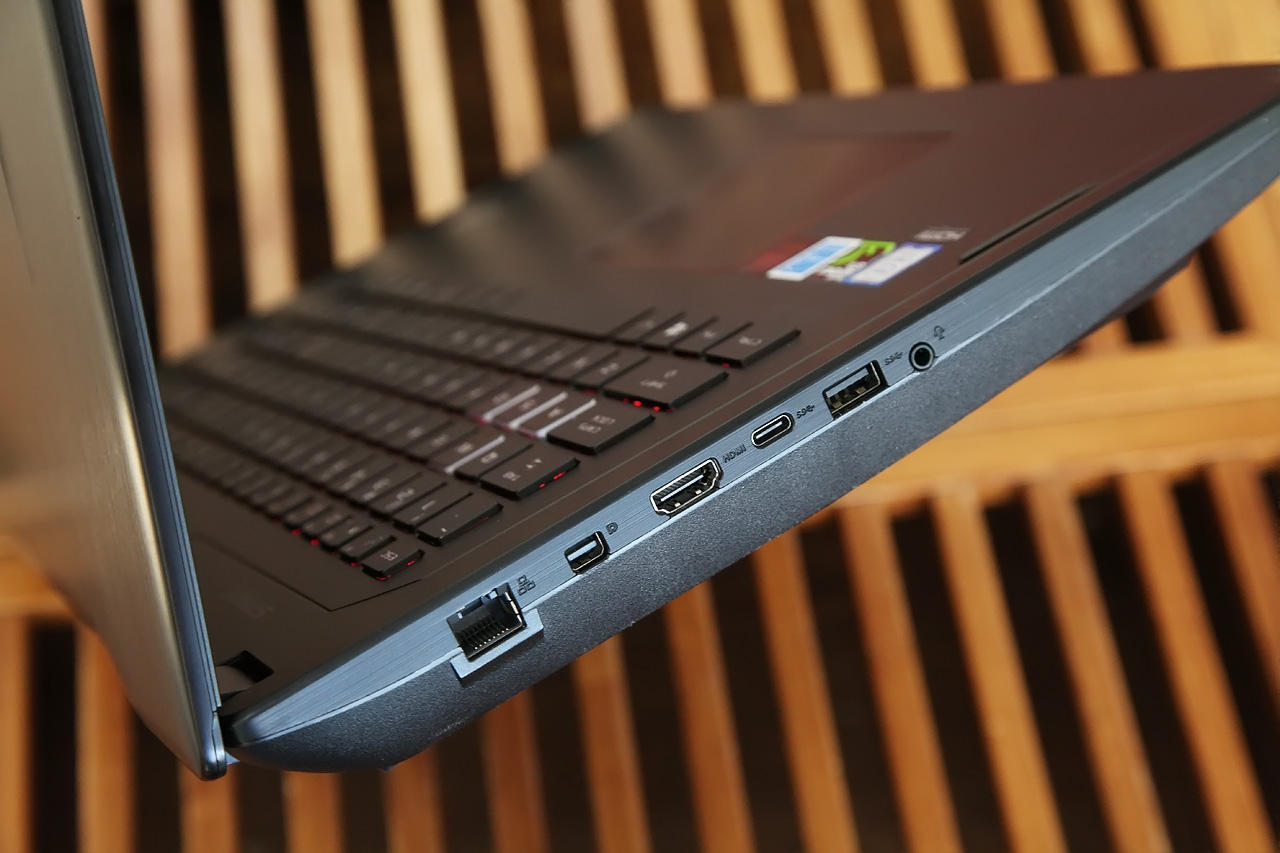 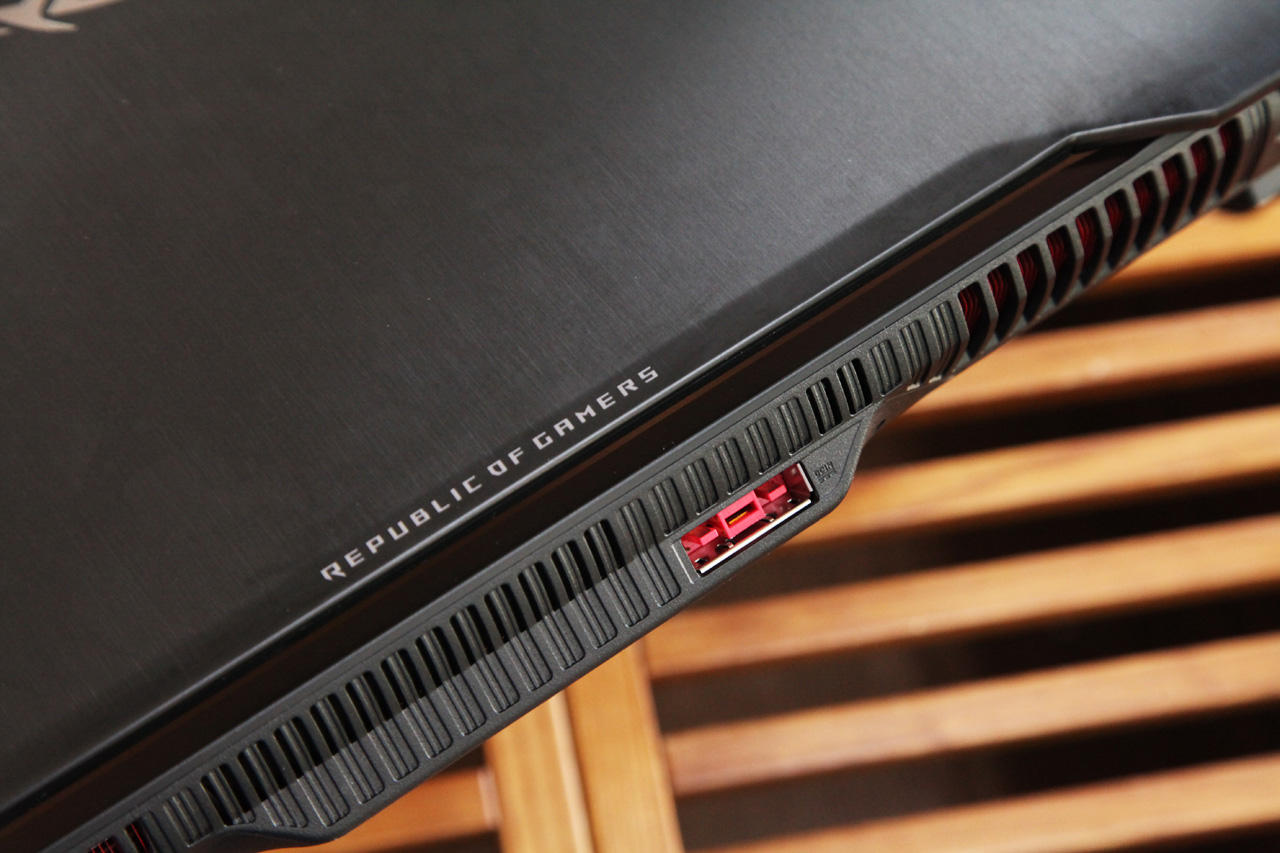 Asus ROG Strix GL702VI is a thick laptop. It has a net weight of 3.22kg which means that it is not a great laptop to go out with. However, it is just as heavy as most gaming laptops. Like the popular saying goes “you can’t eat your cake and have it” so also, you can’t pump in high gaming hardware’s into a laptop and expect it to be as light as a magazine. In truth, this is one of the heaviest devices I have ever reviewed and gamers know their products and a “real gamer” should be used to the weight by now. 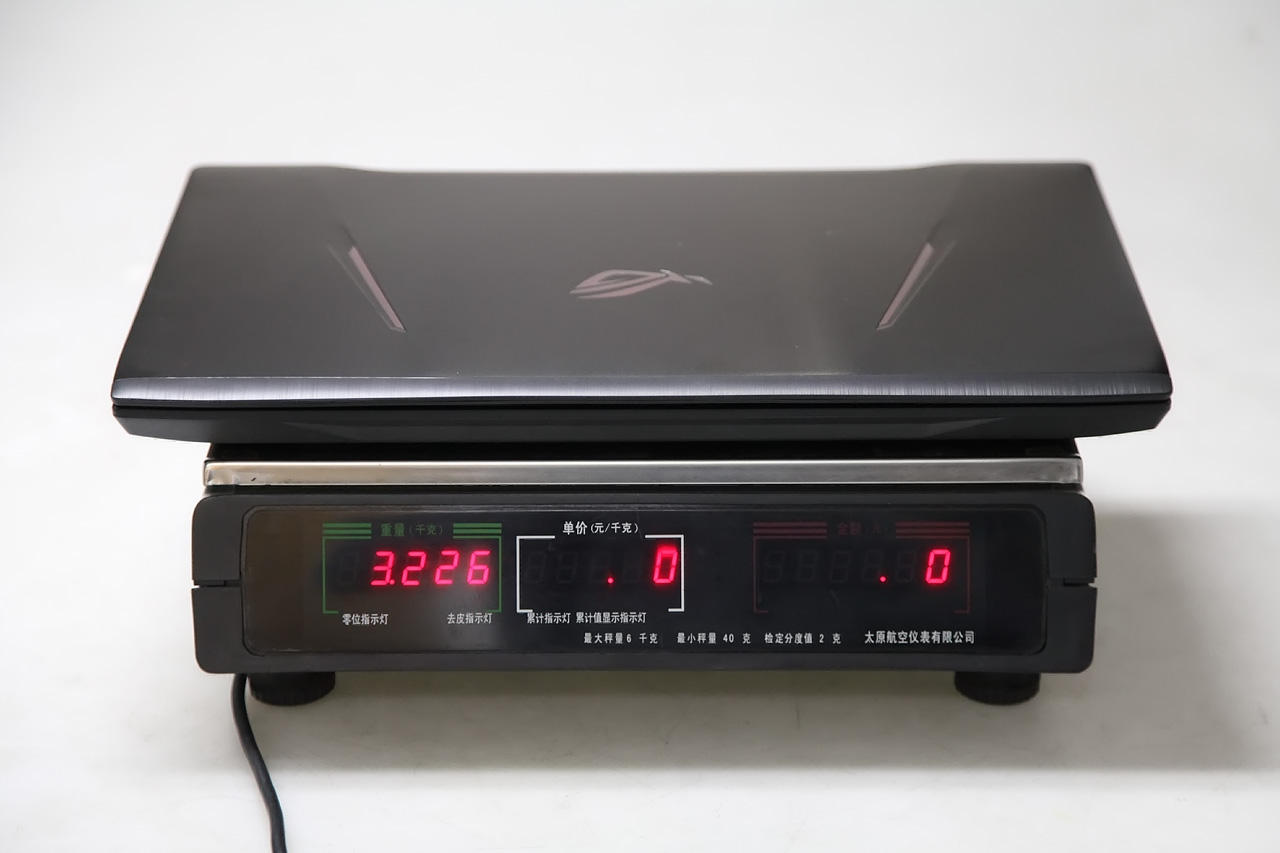 With this laptop, you have the power to drive next-generation displays, including VR, ultra-high resolution, and multiple monitors. You can capture 360-degree images and view them in VR with the amazing new NVIDIA Ansel. The Strix GL702VI has a solid VR performance with the lowest latency and a plug-and-play compatibility with leading headsets – driven by NVIDIA VRWorks. VR audio and haptics allows you to hear and feel every moment. 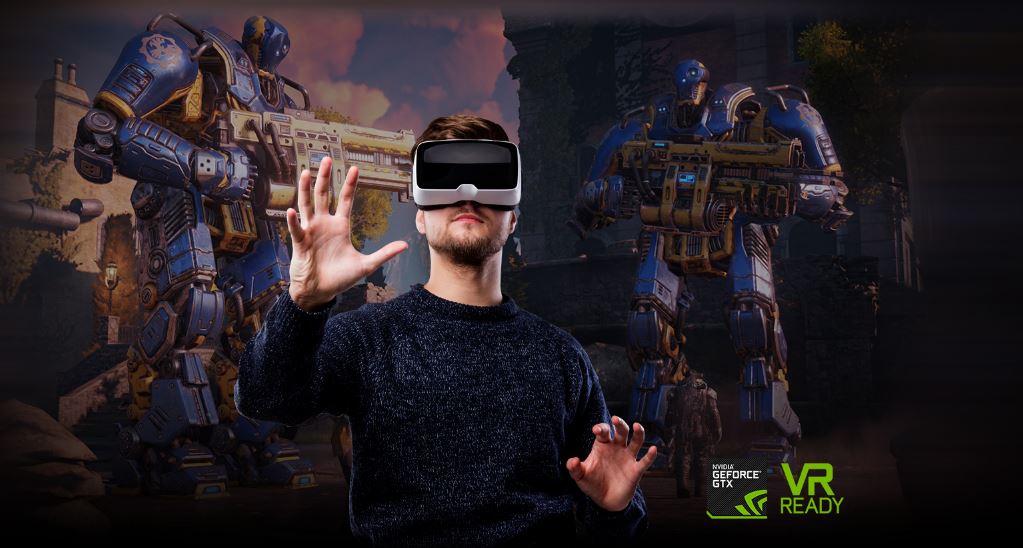 Asus ROG Strix GL702VI processor provides an unrivaled performance with a 7th Gen Intel i7 quad-core processor coupled with an NVIDIA GeForce GTX 1080 GPU and an NVME PClex4 super swift SSD data transfer. This combo is “off the hook” and it is sure to give you all your desires with regards to gaming and multitasking. 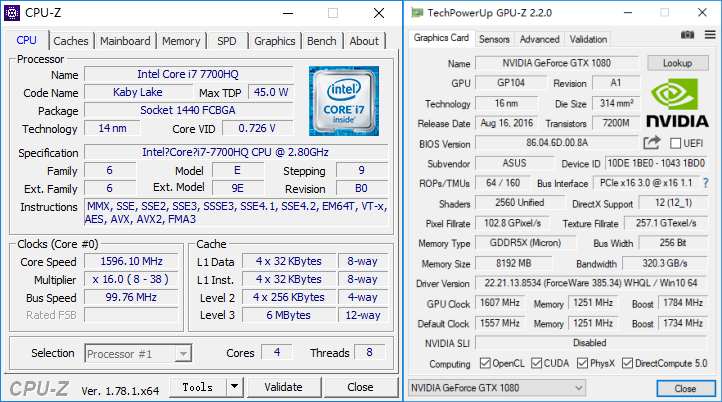 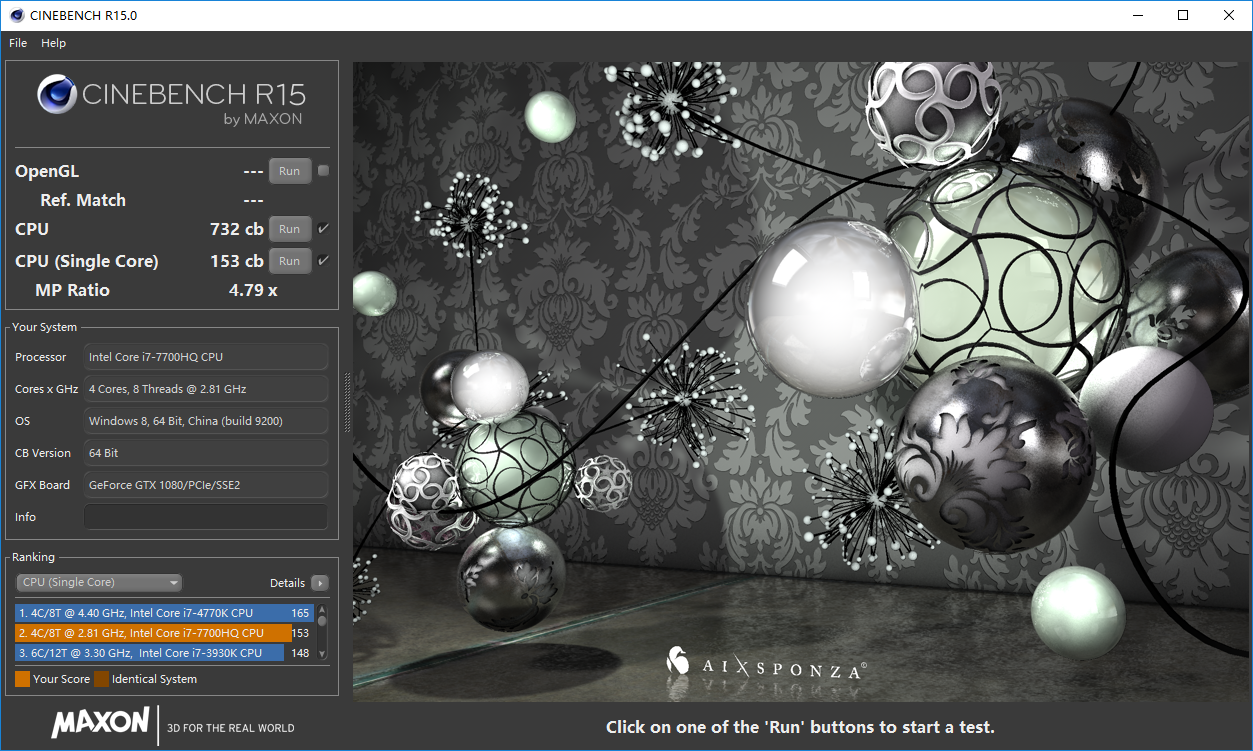 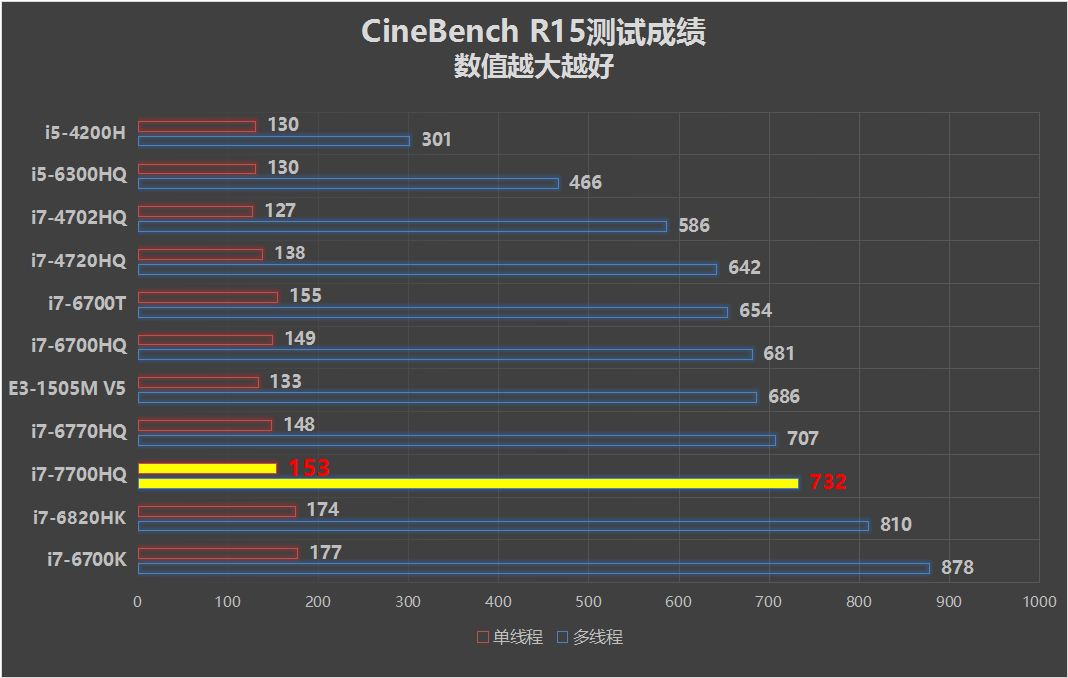 As you already know, Asus ROG Strix GL702VI uses a GeForce 1080 GPU which is powered by an ultra-fast power-efficient NVIDIA Pascal GPU architecture. Its hardware combination makes it ideal for the latest high-definition games and it even supports Virtual reality (VR). This advanced graphics card was created with the high-speed FinFET technology and it supports DirectX 12 features. This implies that every application comes with an amazing experience. We tested the GPU actual performance using the Cloud Gate mode of 3DMark software. 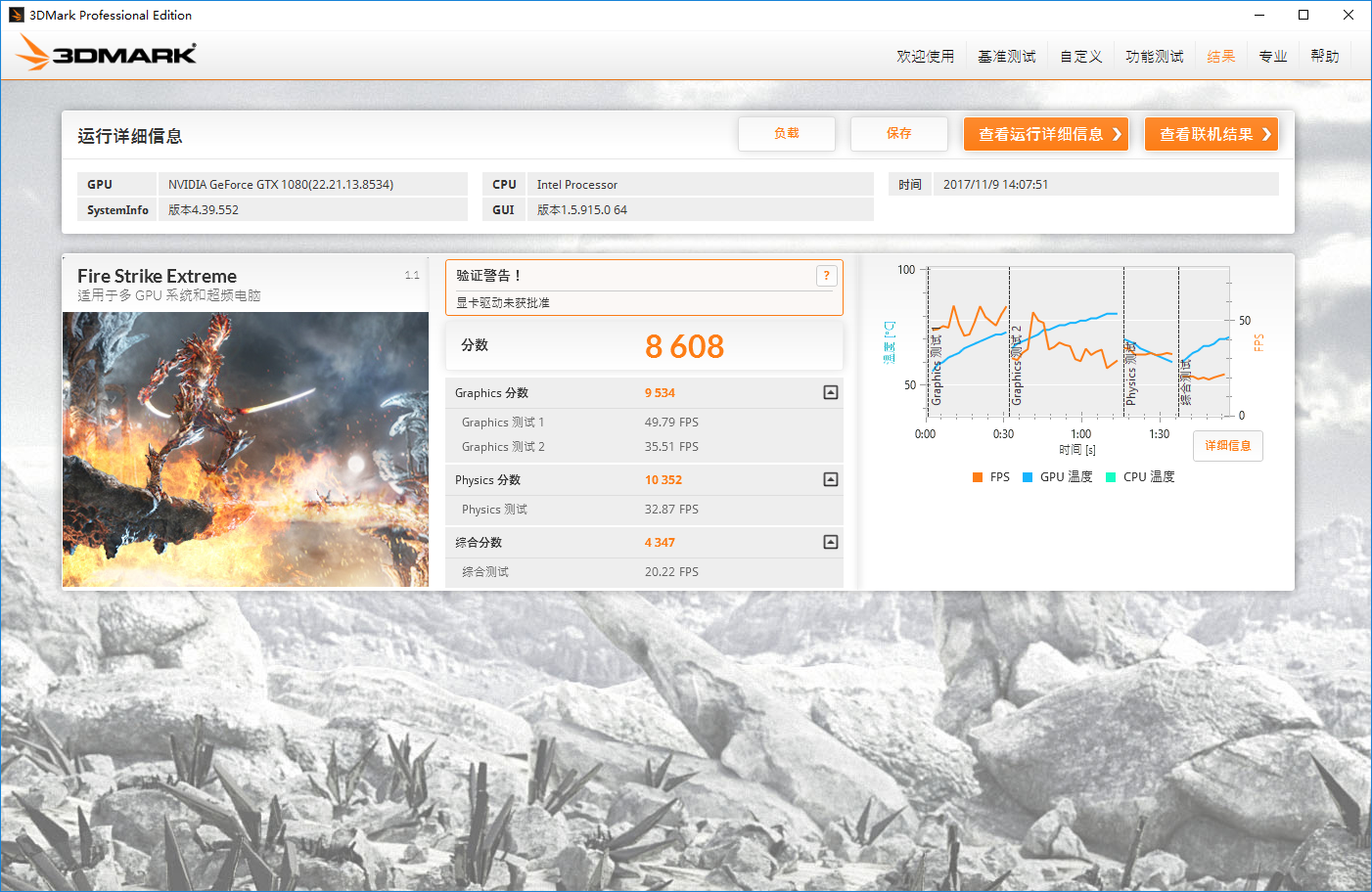 It got a score of 9538. This GPU performance is much better than many core graphic cards and it should satisfy all daily graphics needs. This performance is already very close to the desktop version performance of GTX 1080. 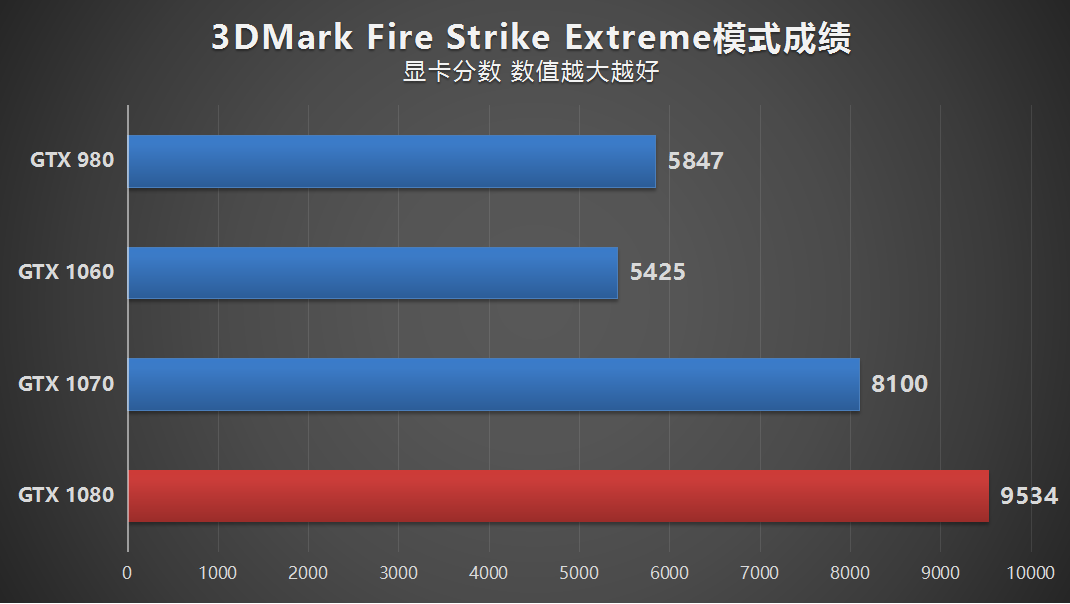 NVM Express PCle enables a swift data access speed which allows users to spend less time waiting and more time gaming. Through hardware and software optimization, the Strix GL702 with an PCIe NVMe M.2 SSD provides extreme read speed. The Asus ROG Strix GL702VI comes with a 512GB SSD + 1TB HDD. AS SSD software was used in testing the SSD. It achieved a final read speed of 2139MB/S, and a write speed of 1528MB/S. The read speed is many times faster than PClex2 and it’s up to 35 times faster than conventional hard drives. On daily usage, the performance is good. Its 1TB capacity 5400 RPM mechanical hard drive also guarantees a high-capacity storage tray. 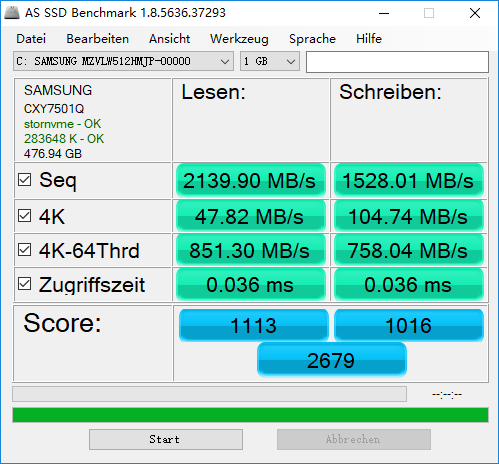 Well, this is a gaming laptop thus this review will be incomplete without gaming tests. Here, we ran 3 tests using Tomb Raider 10, Overwatch and Call to Duty: World War II.

To run this test, we activated the highest quality, turned off vertical sync and set the display to 1920×1080 resolutions. The average frame rate achieved was 123FPS and the game runs very smoothly. 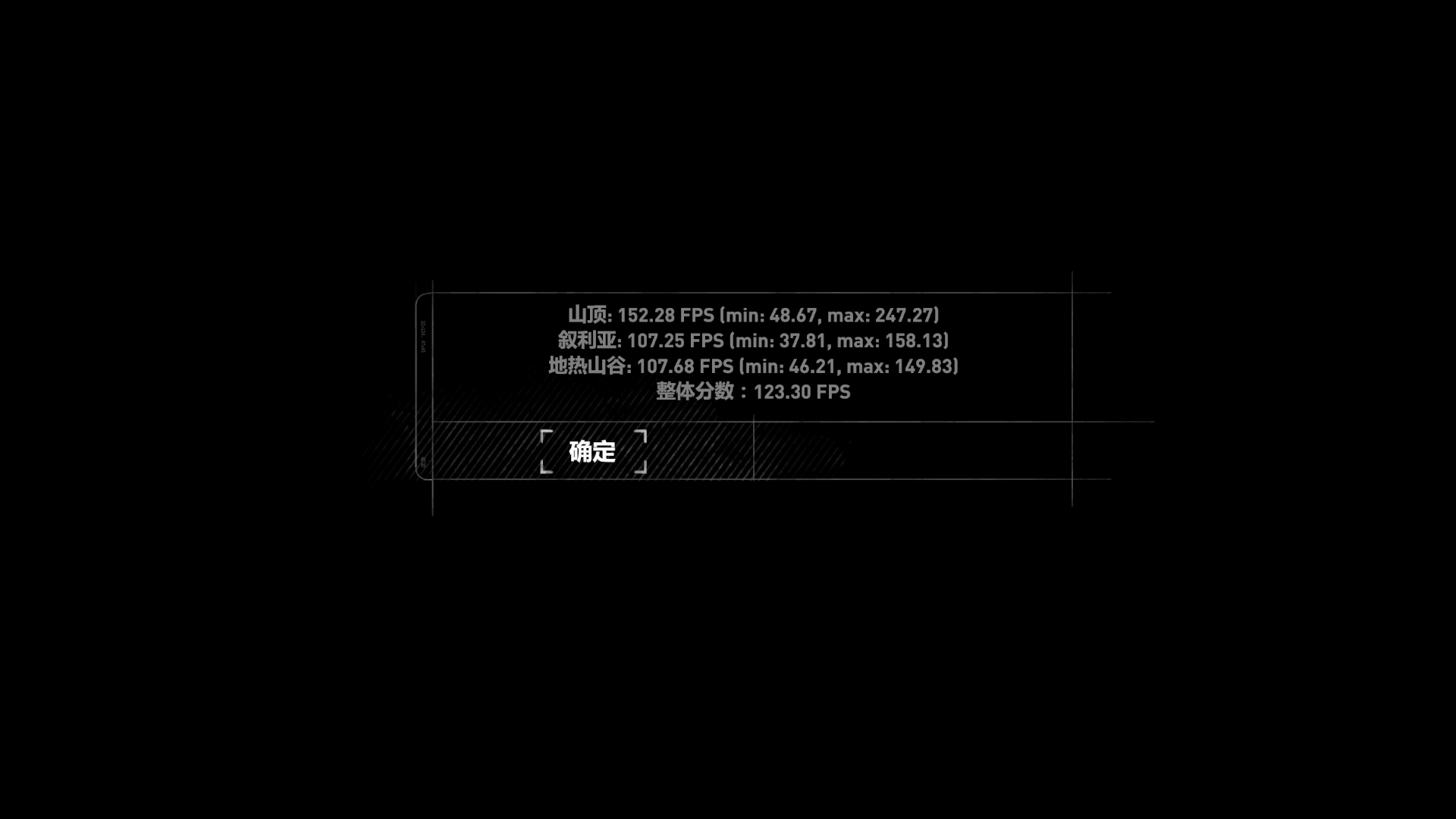 The setting for testing with this game remains the same as Tomb Raider 10. The frame rate performance is also very good and it achieved an average frame rate of 186FPS. With this game, you can make good use of the high refresh screen advantage. 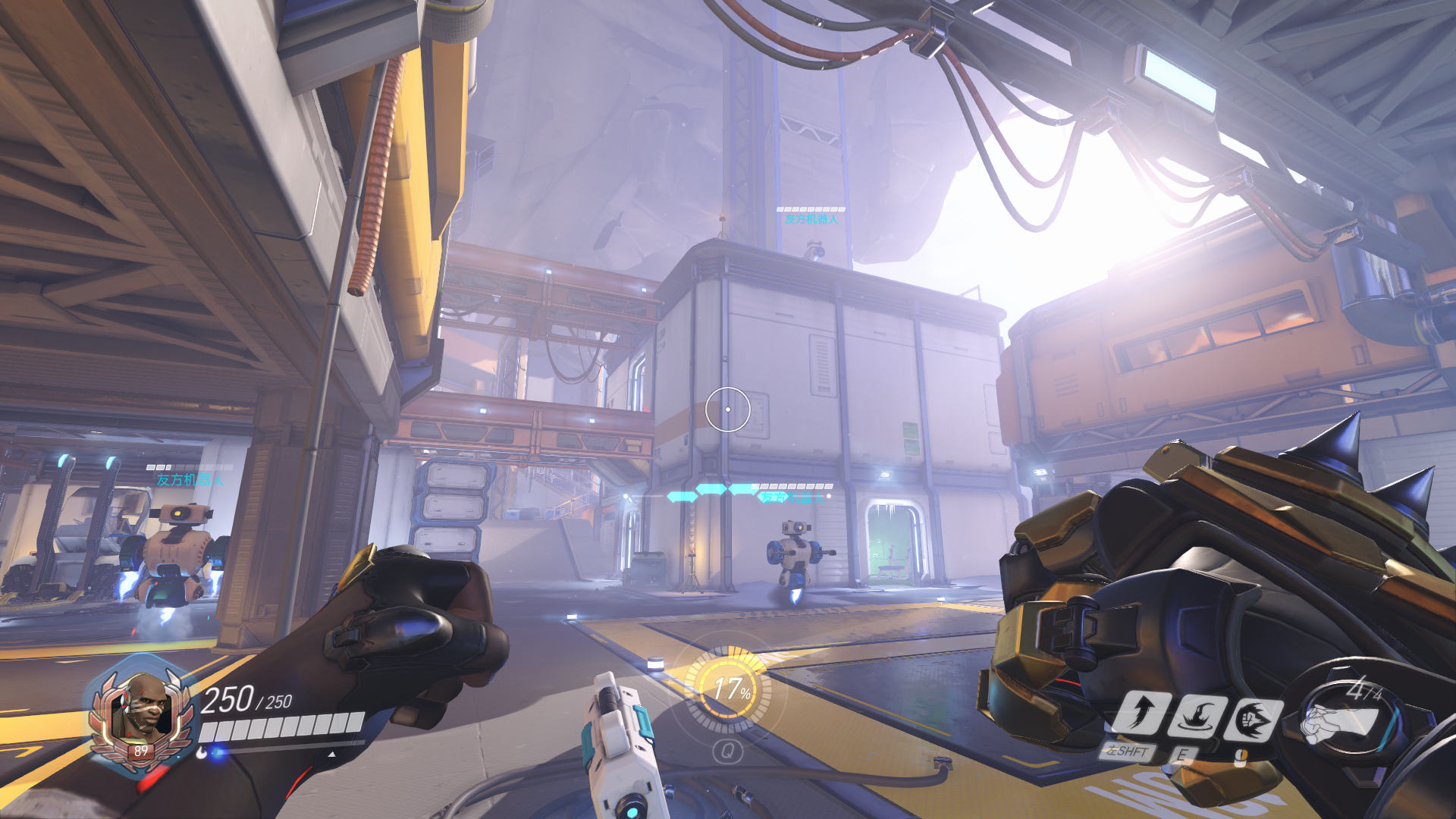 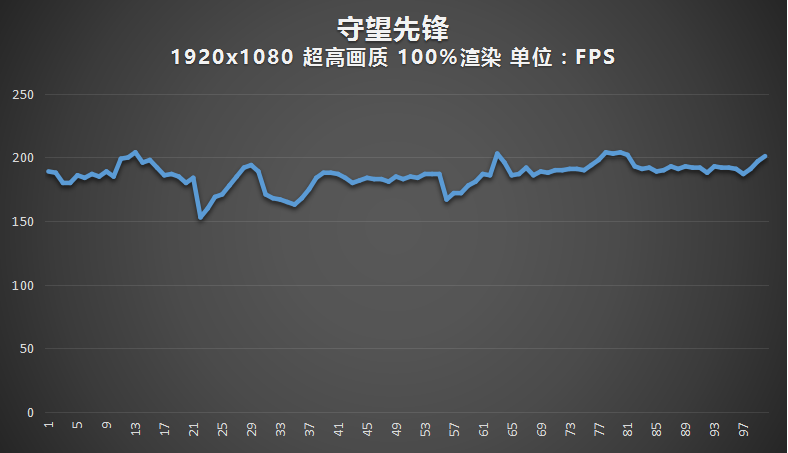 This is one of the latest gaming masterpieces that every gamer wants to run. We manually turned on the best quality and observed the performance frame rate. It got a frame rate value of 141FPS and the game also runs very smoothly. 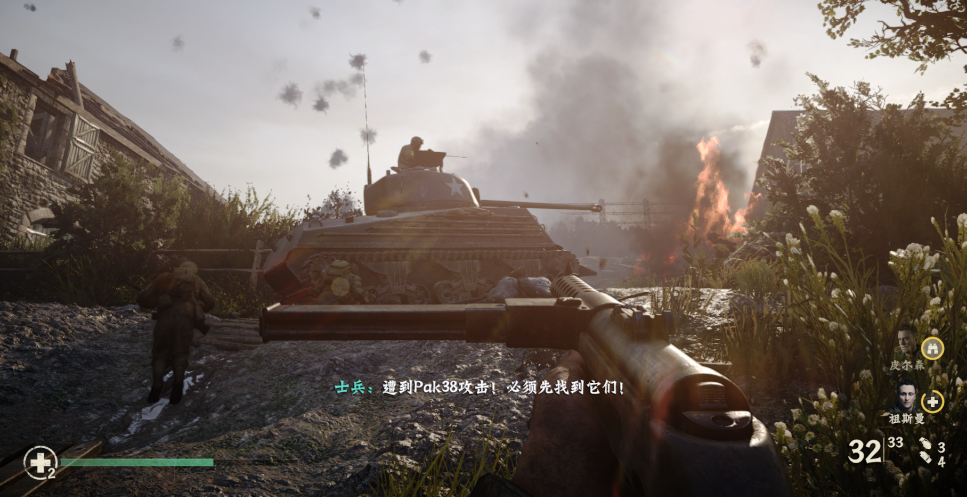 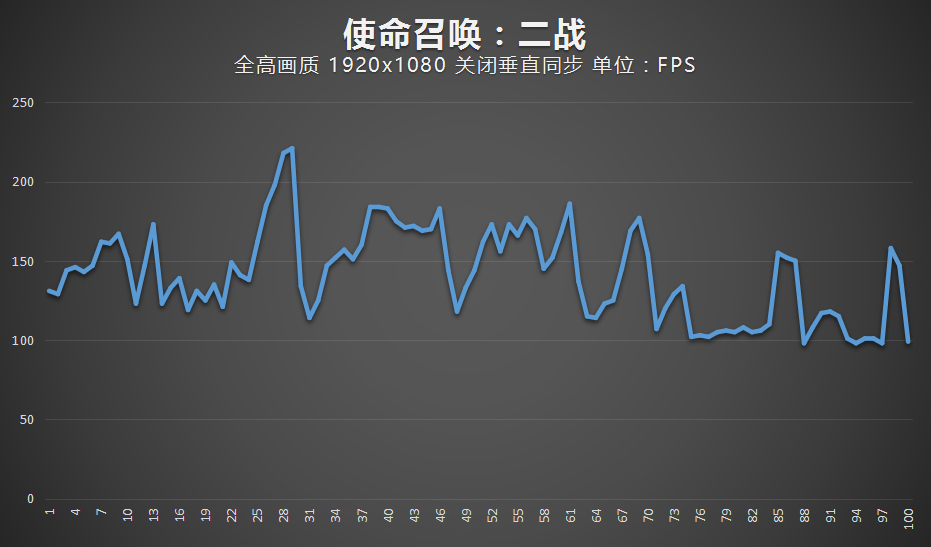 Heat controls have always been one of the strengths of ASUS ROG series. This laptop comes with a dual-fan cooling system which uses rare 12V fans that increases the air flow through the chassis by 35% and maximizes the cooling efficiency to provide a stable condition for intense gaming. This cooling system setup supports independent cooling of the CPU and GPU which is amazing. We used AIDA64 software to test the heating-cooling system of this laptop. After, full load 30 minutes of usage, the temperature of the keyboard and palm rest are about 30 degrees. The hot frontal area is located near the air outlet, and the high heat area is very limited. The same is obtainable for the rear. Overall, GL702VI cooling performance is excellent.

With a strong and rugged build, large 17-inch display, VR compatibility, excellent heat dissipation and most importantly, a top-notch CPU and GPU, Asus ROG Strix GL702VI is one of the best gaming laptops currently in the market. All these qualities don’t come cheap. You may have to fork out about $4000 to own this product. 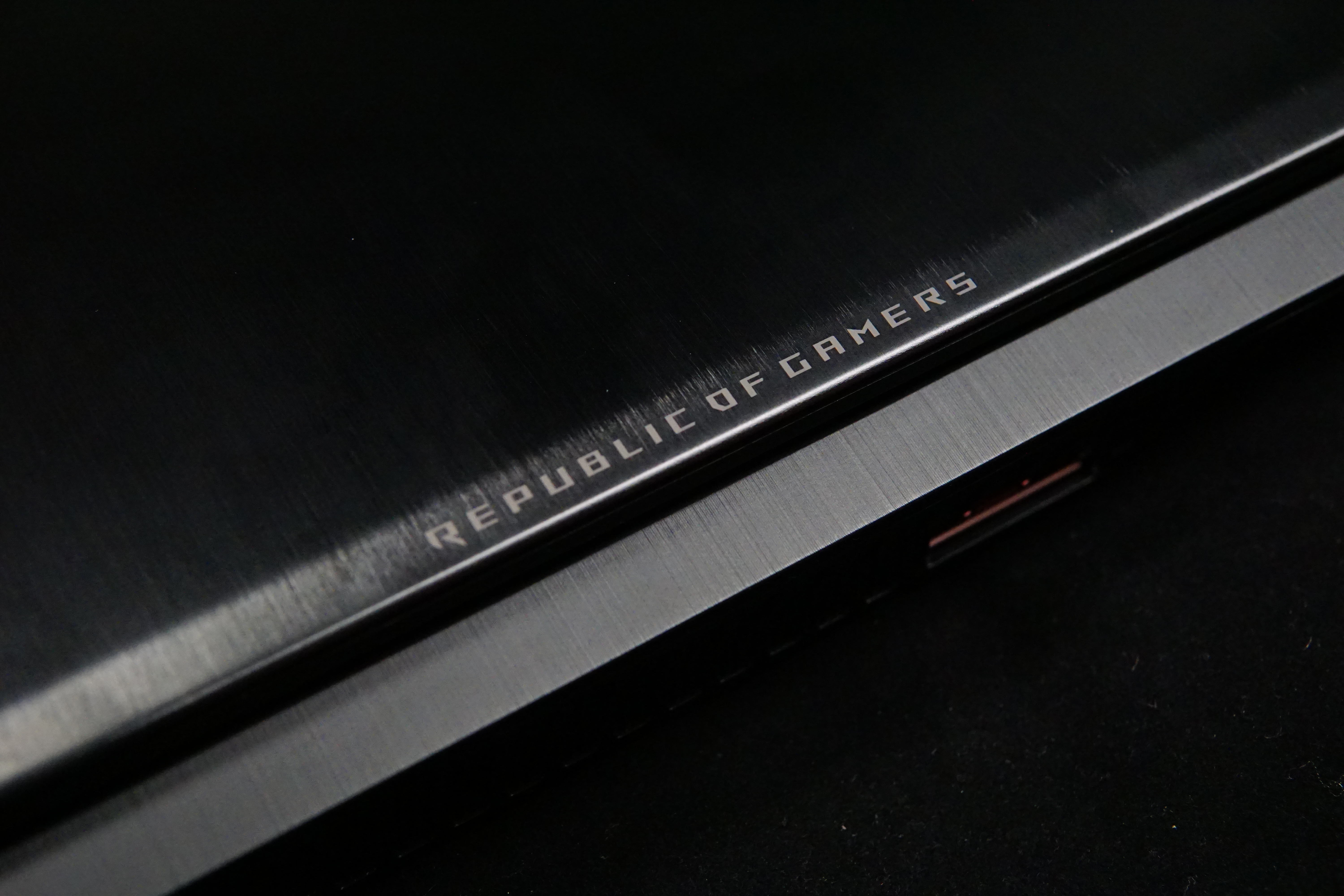 What do you think about this laptop? Let us know what you think in the comment sections below.