A few years ago, a laptop with Full HD display (1920×1080) would have been adequate for any purpose. However, with the advent of laptops with 4K screens (3840×2160), 1080p screen resolution is almost obsolete. It takes an Ultra HD panel to produce movies and TV shows in 4K. On this resolution, image and video editing give more details thus we can understand why everyone is talking about the 4K display. Imagine playing a game on a screen where every little bit of display information is exposed. It’s like a real life situation. That’s the experience you get when you play a game with 4K laptops which are becoming increasingly popular

Currently, the laptop market is not particularly flooded with 4K laptops. However, if you were to make a choice, there are enough products in the market to get you confused. Thus, we have compiled our top 5 best 4K laptops to help you make a choice. Please note that the arrangement is not in order of superiority.

Our Choice for Best Laptops with 4k Display in 2017

The first on our list is the HP Spectre x360 and it was not particularly difficult to select this beauty. The HP Spectre x360 is at the top of HP’s consumer range and it has all the qualities of a superb laptop. It’s ultra-slim, light, powerful, and it has great battery life. This 15.6-inch convertible laptop sports a full touchscreen and a great keyboard for seamless data input. It has a spacious and highly sensitive trackpad and it sports one USB 3.1 Type- A port and two USB-C ports that support Thunderbolt 3, including power delivery. This means that means if you have the right dock or monitor, you can use a single cord to deal with video, data and recharge the system at the same time. 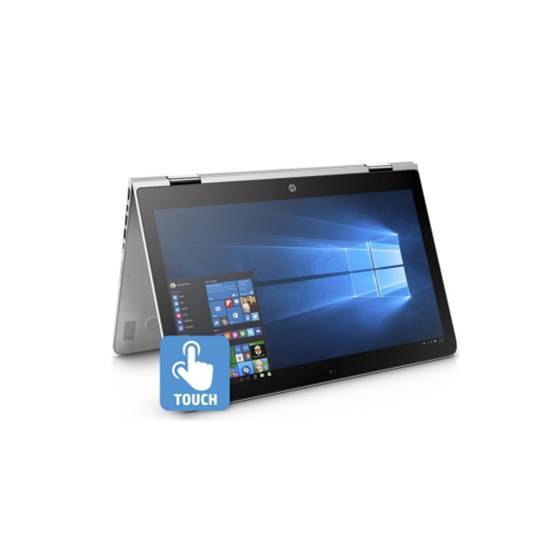 This laptop has a wonderful 4.7 x 2.3-inch touchpad which never confuses any type of click though there are no defined left or right buttons. Its wide shape gives enough room for you to mouse around. In terms of power, it houses a 57.8-watt battery which delivers almost 10 hours of average usage.

This is another 4K display laptop with good chips that made our list. The HP Omen 17 has a big and bold design that ditches the slim look of its predecessors weighing a massive 2.75kg. The good thing about the Omen 17 massive size (16.3 x 10.98 x 1.17 inches) is that it isn’t nearly as loud-looking as its rivals. HP Omen 17 features a 17-inch, 3840 x 2160 screen that is vibrant enough for movies and games alike. It comes with soft-touch, snappy and cozy keys, which allows air to go into the system and supports cooling thus making them well suited for work and play. In terms of power, the Omen 17 should be connected to power as often as possible because it lasts for about 4 hours on average usage and this timing will certainly drop on when playing games. 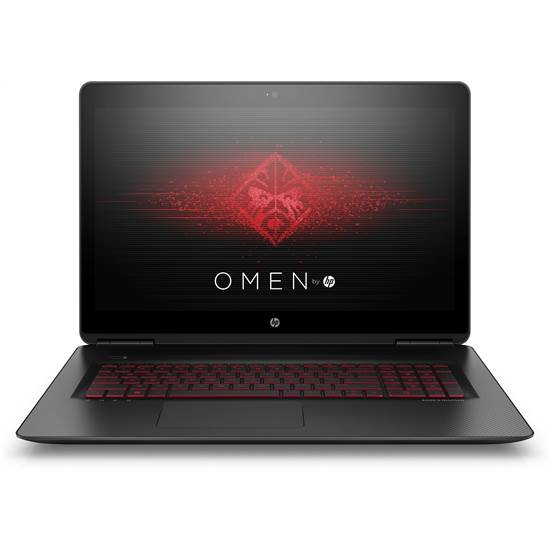 Over the years, Lenovo has unveiled a series of top-notch laptops but the Lenovo ThinkPad P50 Mobile Workstation is one of its kinds. For a laptop branded “workstation laptop”, the Lenovo ThinkPad P50 is surprisingly slender and elegant. Weighing about 2.6 kg with a 1.16-inch thickness, this laptop cannot be classified as lightweight. It is built with more than enough horsepower to handle computing intensive tasks such as 4K editing and 3D modeling. 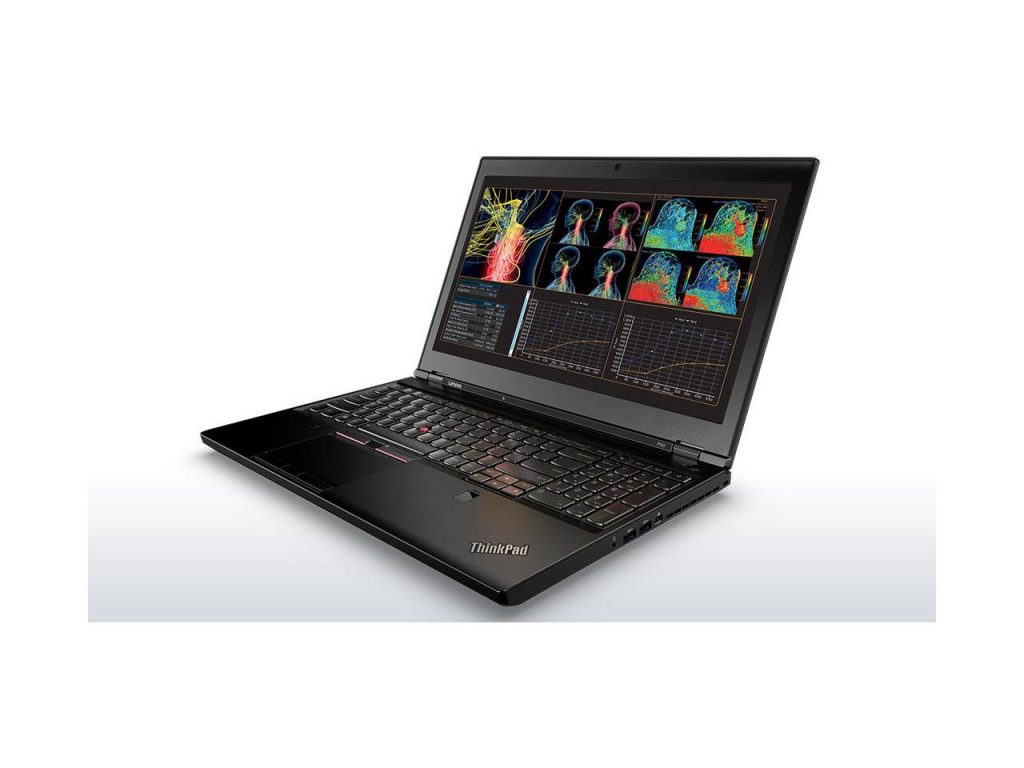 In addition, the 15.6-inch ThinkPad P50 workstation sports an attractive 4K IPS display, with a MIL tested chassis and the best-in-class keyboard which is a classic spill-resistant island style keyboard (glossy plastic keys with rounded corners and slightly bulged-in center to house the fingertip). Connectivity on this laptop is excellent with a wide variety of ports which include SD card reader slot (with an optional ExpressCard 34 port and a smart-card reader), mini Display Port, four USB 3.0 ports, audio jack port, HDMI connector, a Thunderbolt/USB Type-C port, and an Ethernet connector.

The HP ZBook Studio G3 has an attractive silver edge design that runs around the laptop’s base unit. The laptop is built with a sturdy black aluminum and magnesium chassis with a premium feel. Its trackpad is a bit oversized with a 5.5-inch diagonal which is perhaps the largest ever on a laptop. Weighing under 2kg with a thickness of 18mm, the HP ZBook Studio G3 easily fits in the Ultrabook category and it is svelte than Lenovo’s option. In addition to its 4K display which we already know, the ZBook Studio G3 has a 4.3 x 2.9-inch buttonless touchpad that accurately tracks the fingers as you navigated around the desktop. Each click gives a good and comfortable feel and you would not search for a better feel when typing. 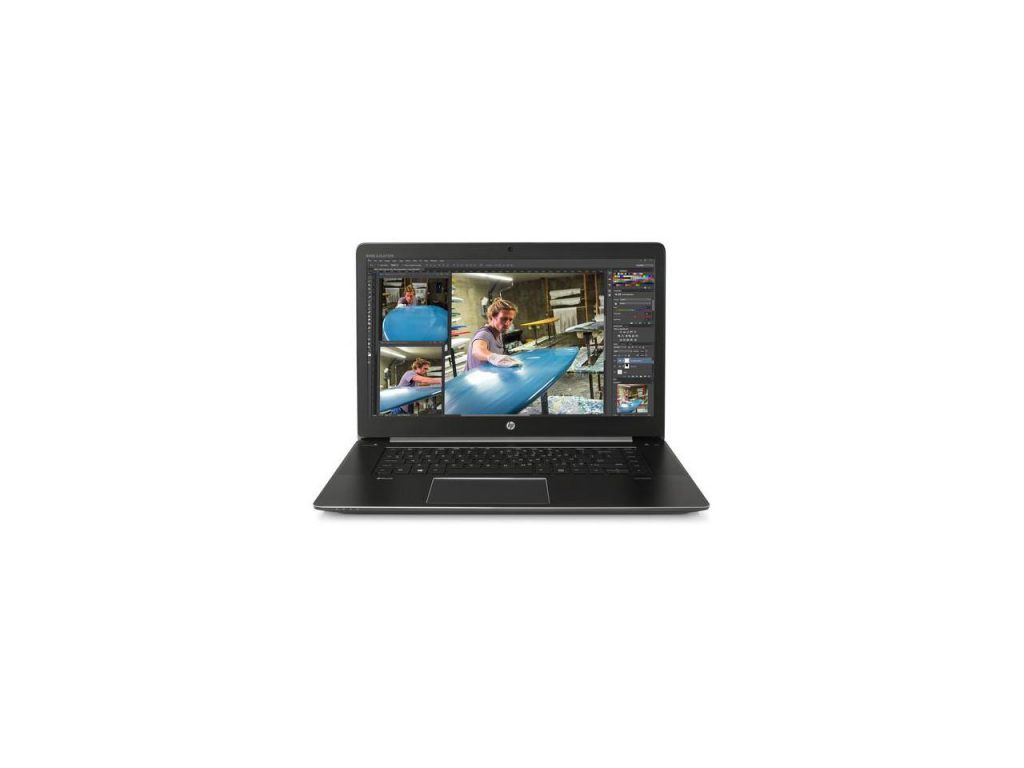 The Dell XPS 15 – 9560 is built with aluminum base and lid that are very resistant to twists and depressions. The edge-to-edge Gorilla Glass on the touchscreen SKUs adds another layer of rigidity to an already sturdy design. The XPS 15 packs a full 15.6 Infinity Edge display. Generally, the design of the XPS 15 remains unchanged from previous models but the specs differ significantly. This laptop offers both 1920×1080 (FHD) non-touch version coupled with a 3840×2160 (UHD) panel with touch. The 4K version uses 100% of the Adobe RGB color gamut.  This combination gives users a lot of options. If a user is more interested in the optimal display, the UHD is the right display to use. However, if the user is more concerned about the battery life, then the FHD comes in handy. 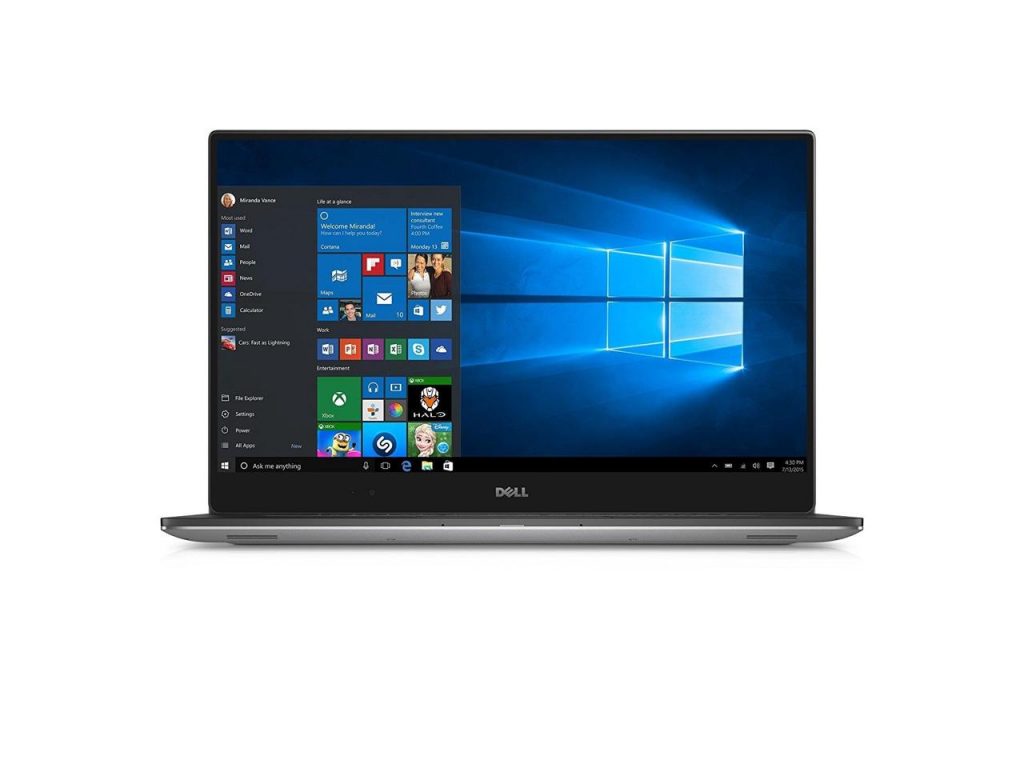 The typing experience on this laptop is seamless as key travel is shallow at just 1.3 mm. The integrated touchpad (10.5 x 8.5 cm) works without any issues for simple cursor control. In terms of connectivity, the Dell XPS 15 comes with a variety of options. It supports HDMI 1.4, USB 3.0 with PowerShare, an SD card reader, and a USB-C port which supports Thunderbolt 3 which allows for a single cable docking solution to drive up two UHD displays and charge the laptop.

We have seen the list and main features of the top 5 best 4K laptops. With the continuous need for quality displays especially for gaming and certain high-end software like Arc-GIS, 4K laptops are becoming more relevant to our everyday lives. Making a choice from the list will depend on what you need. For instance, if you are interested in a 4K laptop with large RAM size, then you may consider the Lenovo ThinkPad P50 Mobile Workstation with 32GB RAM. However, if you need enough SSD due to documents and graphics with a large size to be stored, the HP Laptop ZBook Studio G3 or Dell XPS 15 – 9560 with 512 GB SSD will best suit that appeal. In terms of design and portability, I will personally pick the HP Spectre x360 over the rest in the list while HP OMEN 17 seem to have a very attractive processor. In all, these laptops have a wonderful 4K display.

It is obvious that HP products dominate the list of the best laptops with a 4K display. This is because the criteria for selection is not just on a laptop’s ability to display in 4K but other features were put into consideration. Honestly,  a 4K display laptop with a very poor GPU is meaningless just as a laptop with a weak battery doesn’t need 4K display else you will go out of power within 30 minutes which is actually irritating. The Processor, GPU, battery, design, RAM, SSD amongst others were considered before drawing up this list.