Compared to the old version of Omen laptop, the new Omen notebook is canceled the optical drive, so that the laptop looks more concise. It is with a whole bottom panel and a built-in battery. There are two non-slip rubbers is slightly raised. It is used to supporting the bottom. 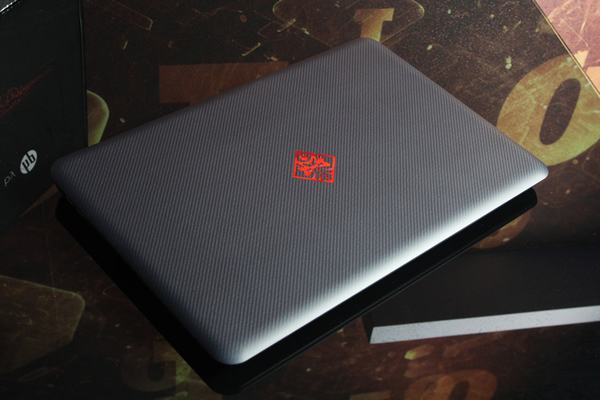 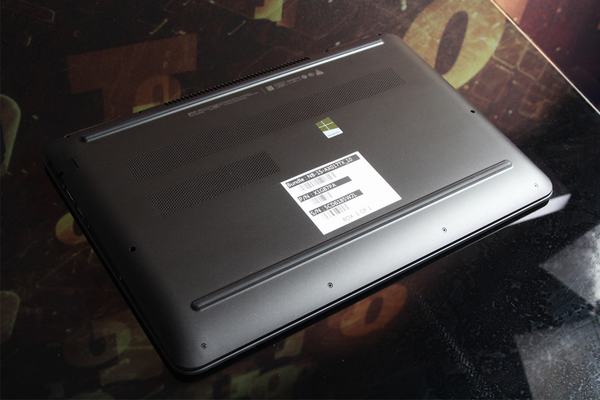 Here’s HP Omen 15’s bottom plate which is made of a whole magnesium alloy plate. 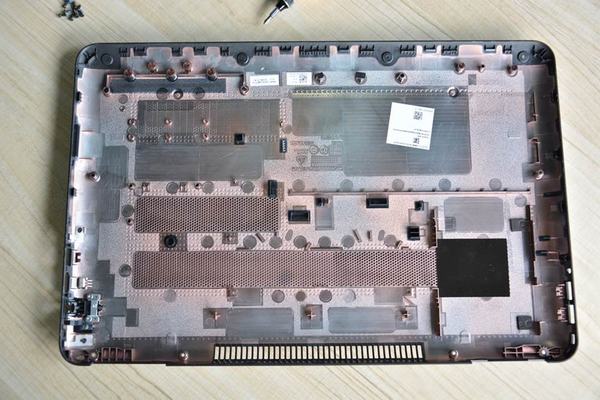 When the bottom plate was removed, we can get access to the internal components. The processor, video card, memory, and video memory are concentrated on the motherboard. The right of the small independent board is the i/o board. In addition to the motherboard, the entire interior of the laptop, the largest volume is occupied by the battery and dual fan cooling system. 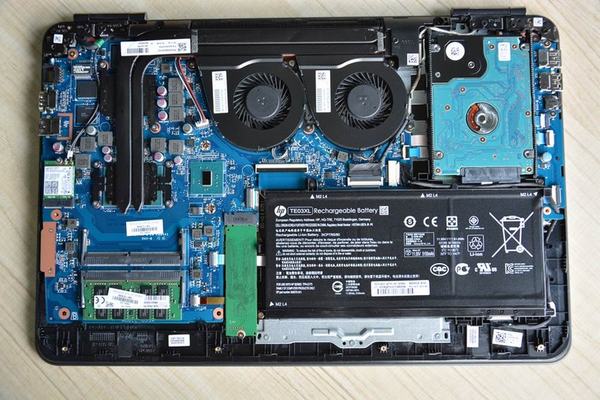 After opening the back cover, you can see, HP Omen 15’s interior is very clean, some cables are hidden under the battery and hard disk. The battery, fan, display, Wi-Fi antenna layout are well controlled, the right length, a reasonable position, both easy to disassemble, and easy to install, which gives a big dismantling convenient. 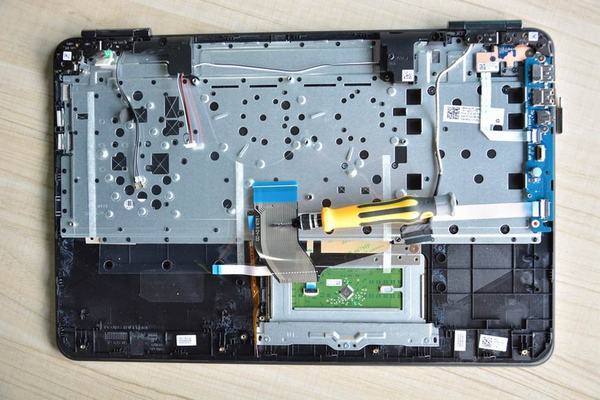 In the dismantling process, there is one detail feeling better, are fewer screws specifications.
Remove all screws securing the battery and disconnect the battery connector from the motherboard. You’ll be able to remove the battery.
HP Omen 15 comes with an 11.55V, 61.6Wh, 5150mAh Li-ion battery, HP part number: HSTNN-UB7A. 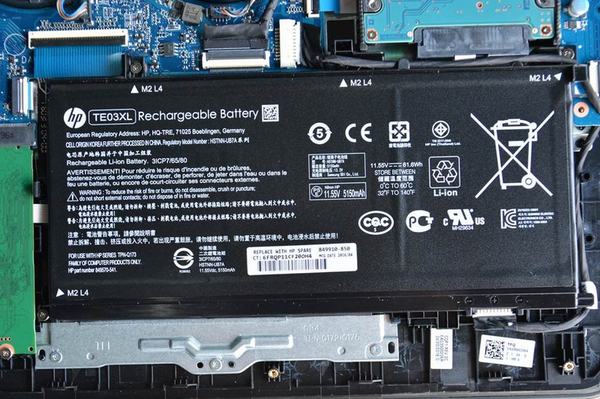 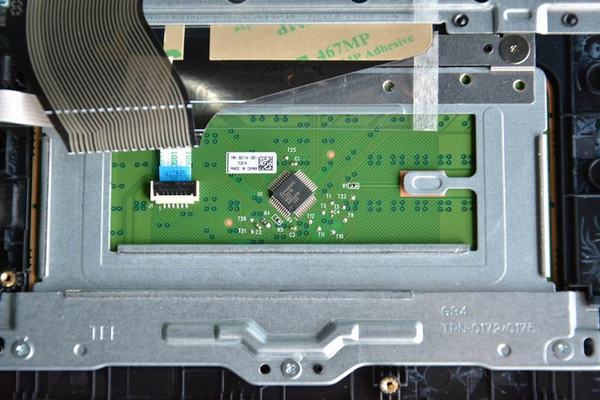 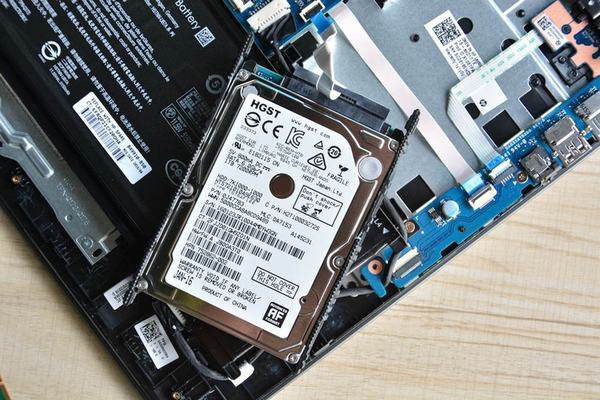 The laptop uses 1TB mechanical hard drive + 128GB SSD M.2 SSD to ensure that the systems and applications running smoothly, 1TB of storage space also applies to the game and document storage, if it is not enough, the upgrade is also very easy to replace by yourself. It is with two memory slots, comes with a single 8GB memory. 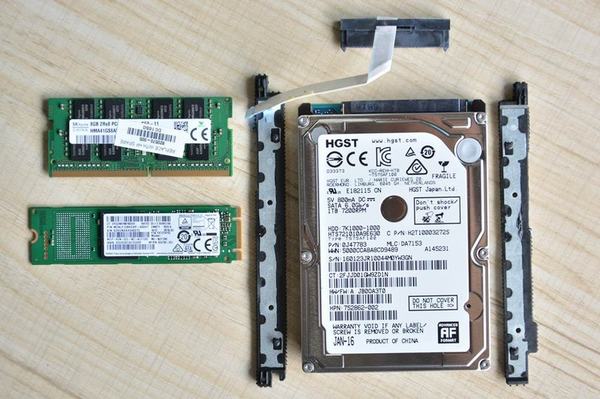 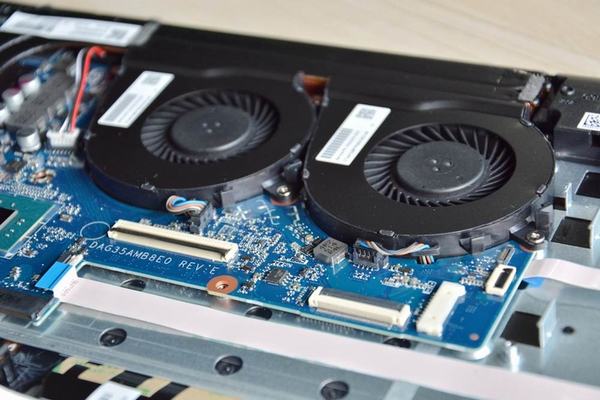 Remove two screws securing the fan and disconnect the fan cable from the motherboard. Remove the cooling fan. 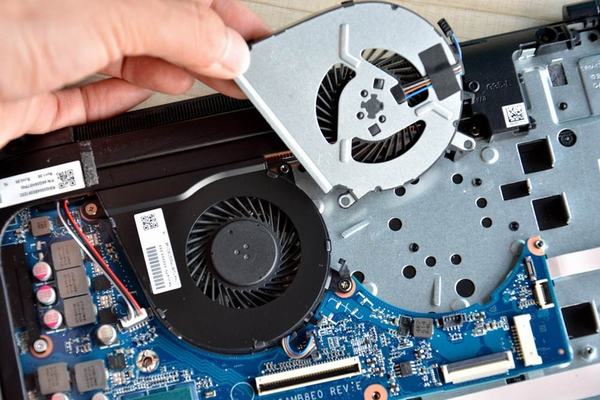 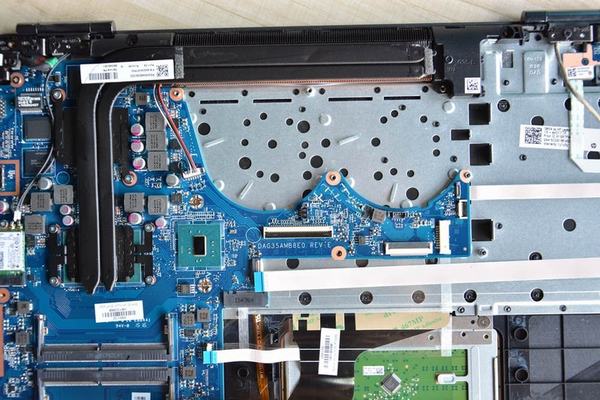 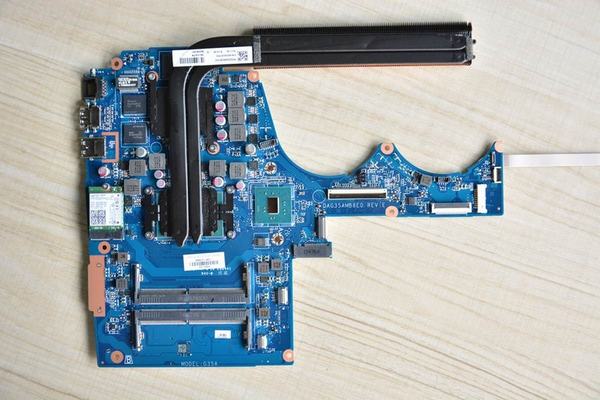 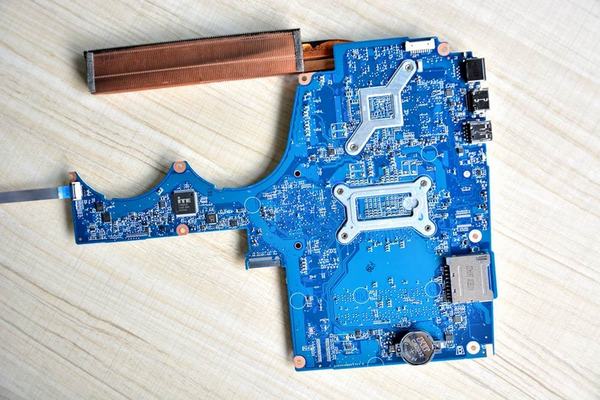 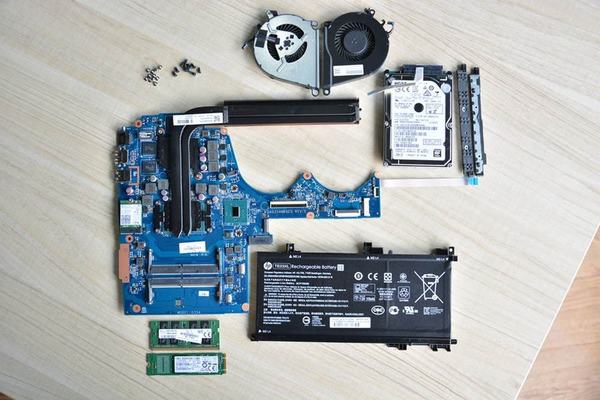 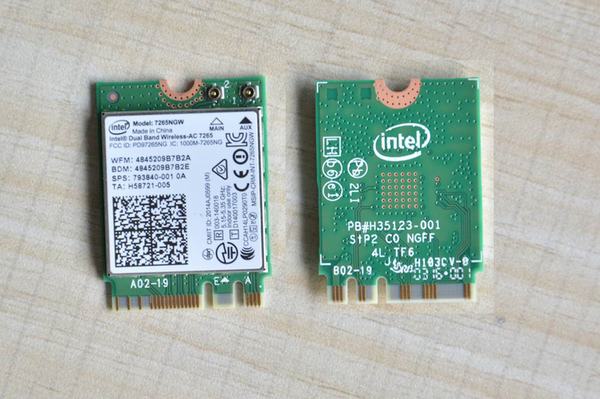 It features an Intel sixth-generation i5-6300HQ processor, GTX 960M 2G DDR5 discrete graphics card.
The Core i5 6300HQ processor based on 14nm process technology, the code-named is Skylake-H, the original frequency at 2.3GHz, Core frequency to 3.2GHz, shared L3 cache of 6MB, up to TDP (power) of 45W, minimum 35W. 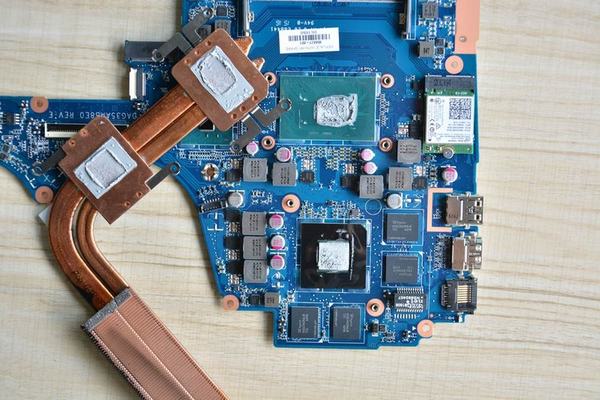 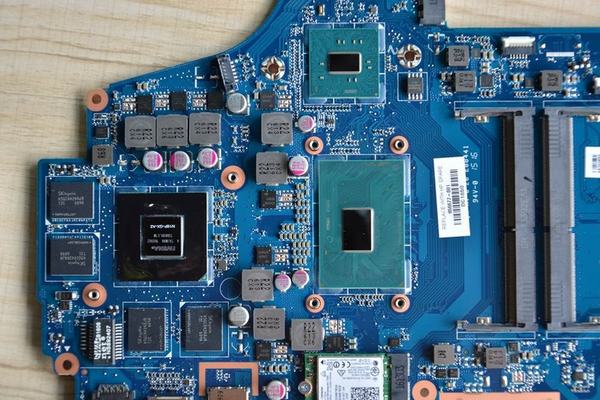 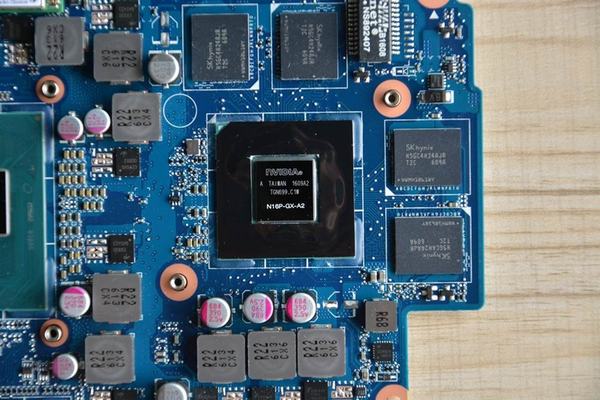 This is the speaker module. It comes from Denmark Bang Olufsen company. 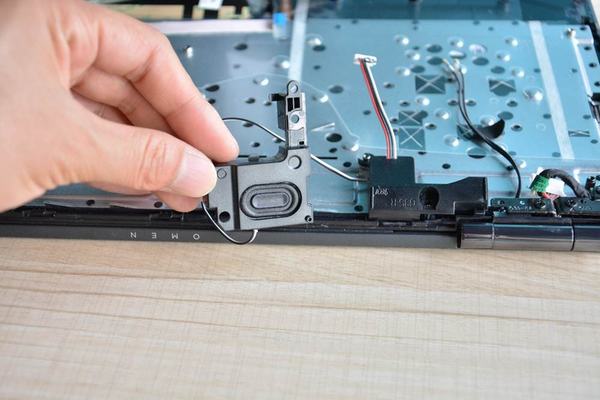