Huawei Nova 2 Plus comes with a 5.50-inch touchscreen display with a resolution of 1080 pixels by 1920 pixels. The phone powered by 2.36GHz octa-core Kirin 659 processor, and it comes with 4GB of RAM. The phone packs 128GB of internal storage that can be expanded up to 128GB via a microSD card. As far as the cameras are concerned, it packs a 12-megapixel primary camera on the rear and a 20-megapixel front shooter for selfies. The Huawei Nova 2 Plus runs Android 7.0 and powered by a 3340mAh non-removable battery. 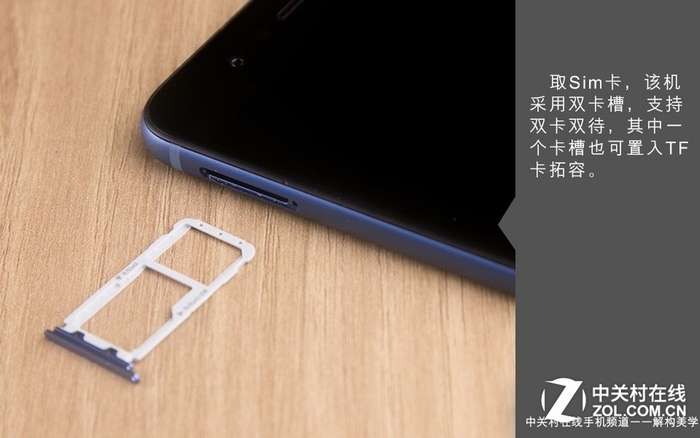 Remove two screws close to the USB Type-C port.
Pry up the display a little bit with a suction cup, at the same time insert a pick under the back cover. Slide the pick to separate the back cover along the edge. 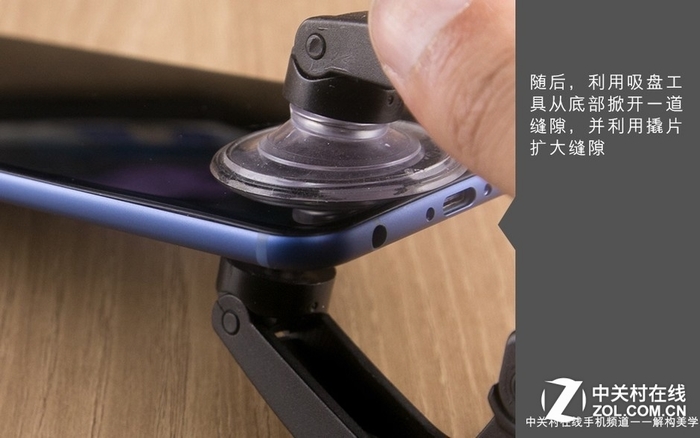 Huawei Nova 2 Plus display assembly is fixed on its body with clips and glues. 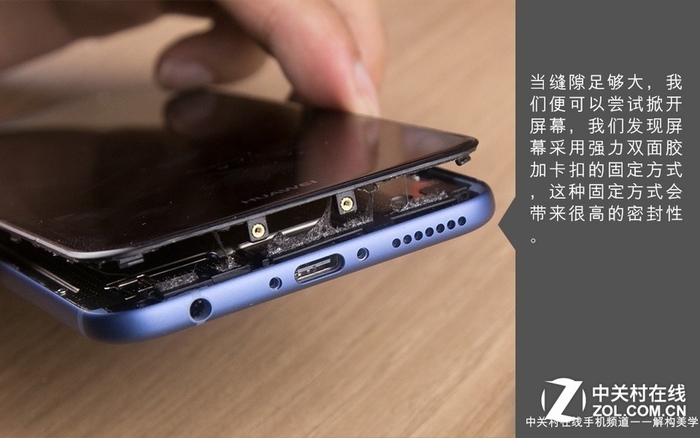 Open the display from the phone. The display cable is still connecting to the motherboard. 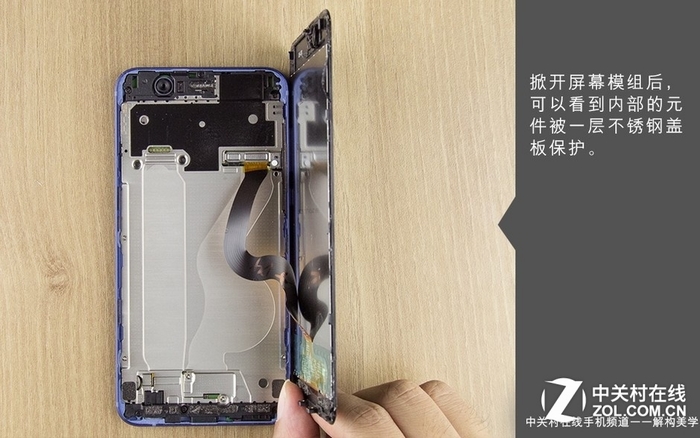 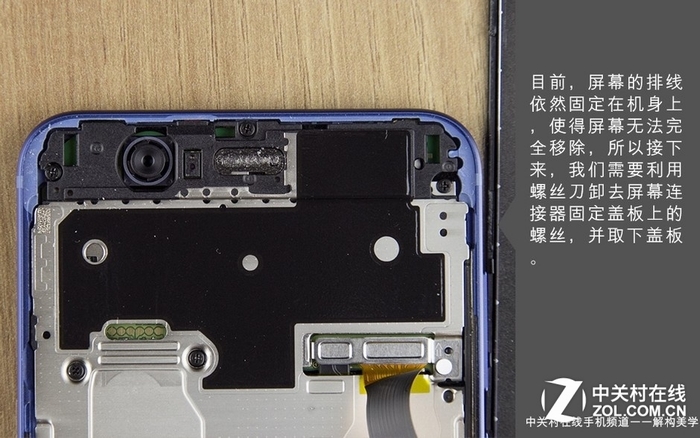 With the display removed, we can see there is a big metal plate covering the motherboard and battery.
Remove all screws securing the metal plate. 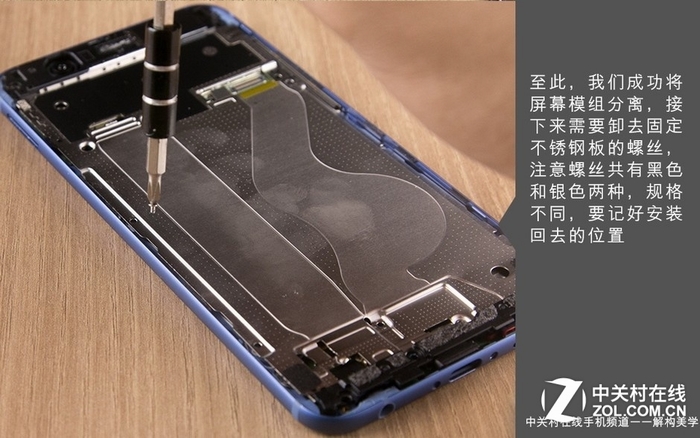 After removing the metal plate, the phone uses a three-stage design. The chip metal shield is also covered with thermal grease. 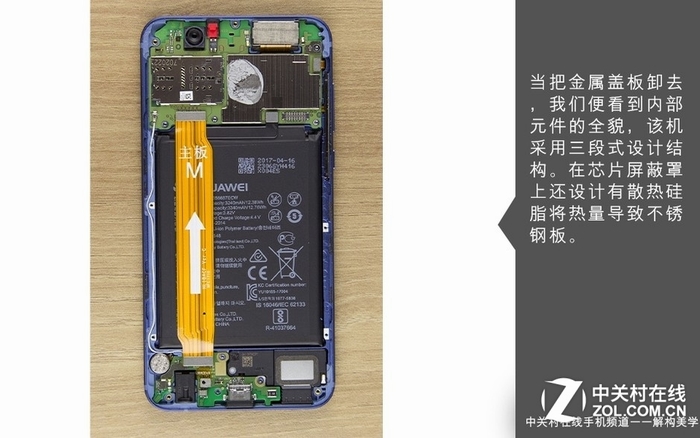 The four corners of the fuselage are thickened using the injection molding process. 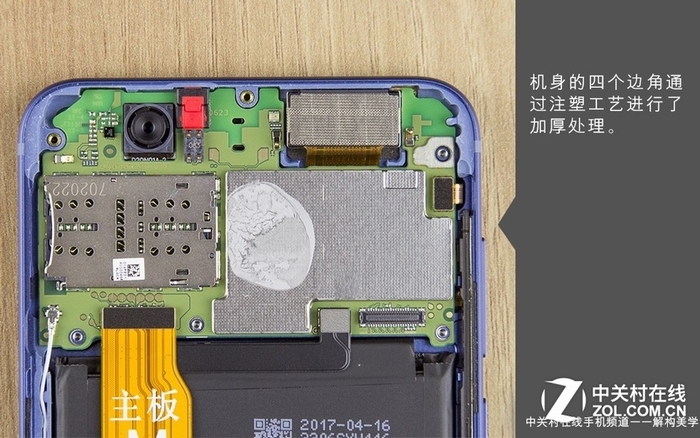 Disconnect the all connector from the motherboard. 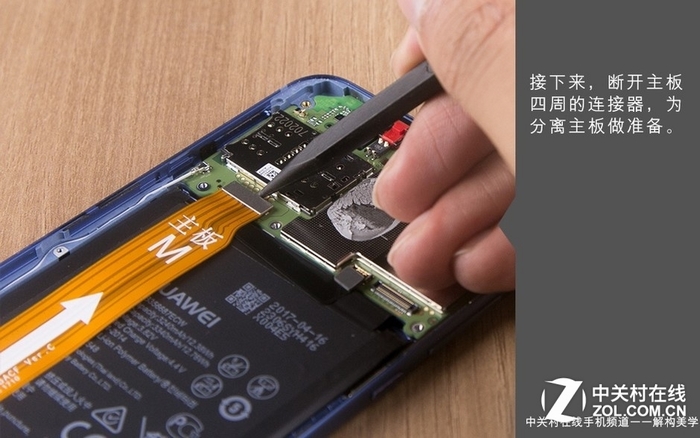 Now you can remove the motherboard. 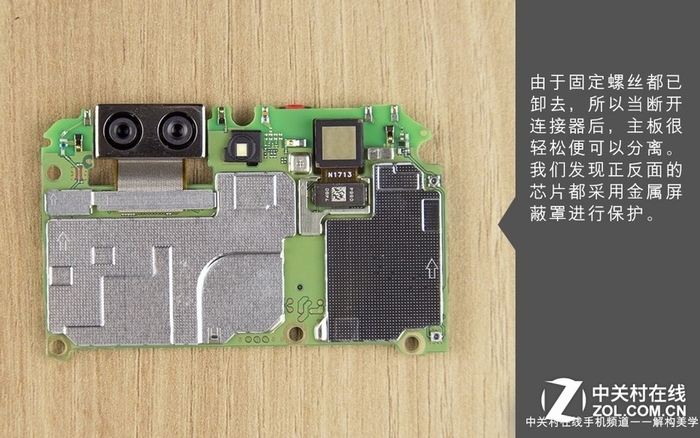 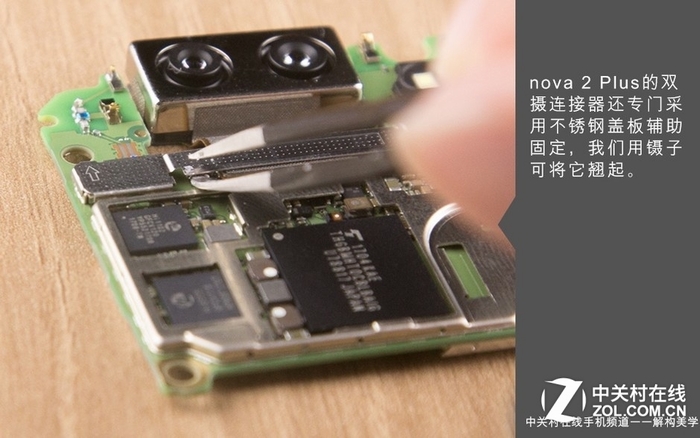 Huawei Nova 2 Plus packs a 12-megapixel primary camera on the rear and a 20-megapixel front camera. 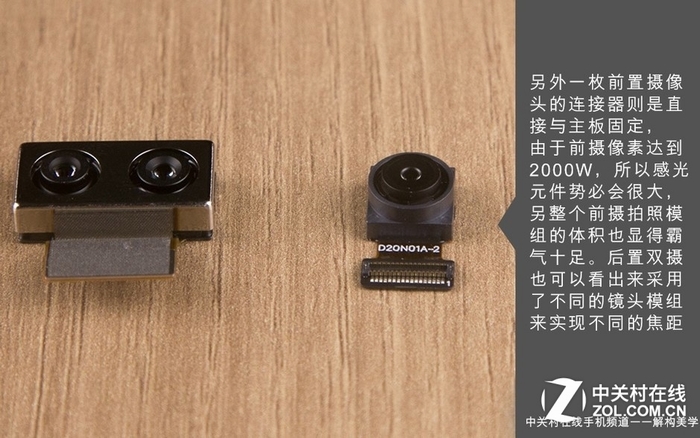 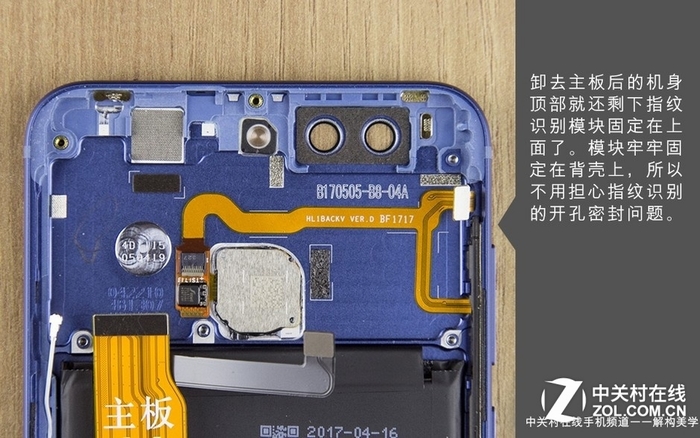 Remove the USB board. 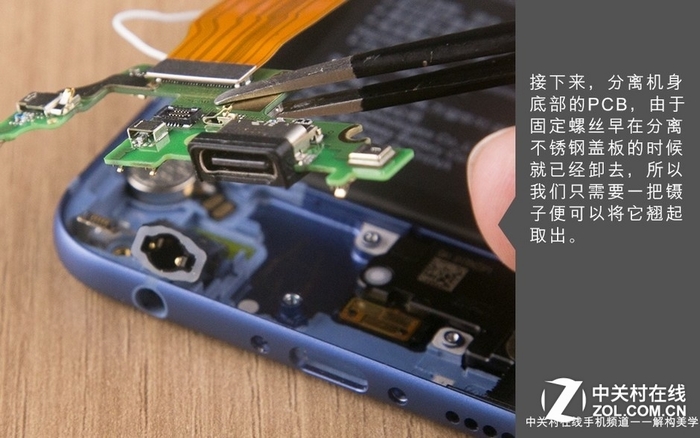 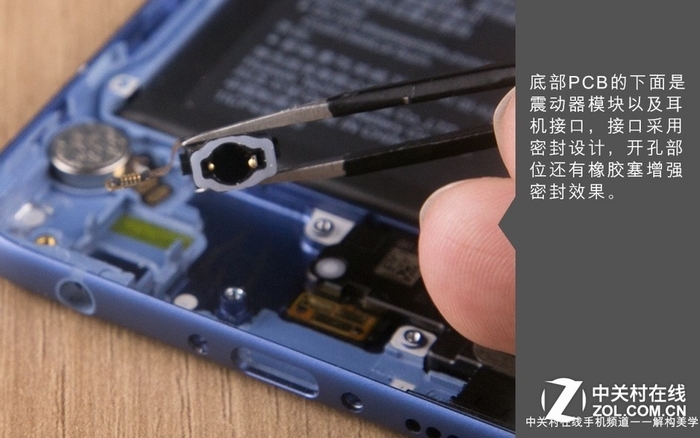 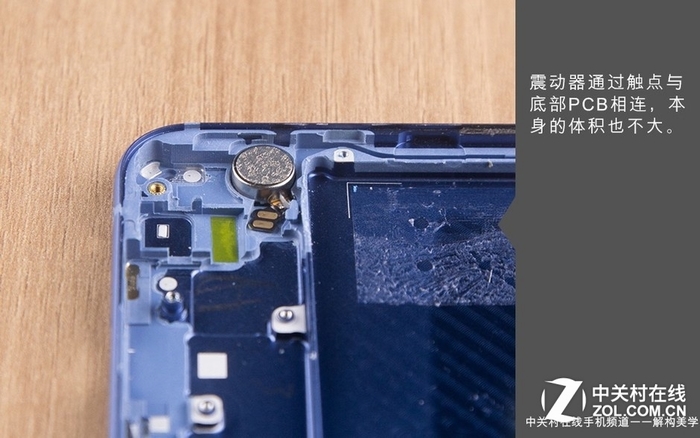 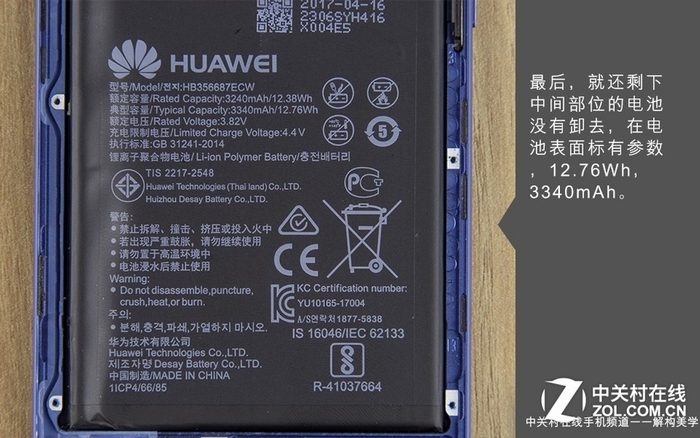 The battery is fixed on the back cover with double-sided adhesive, very difficult to separate it. 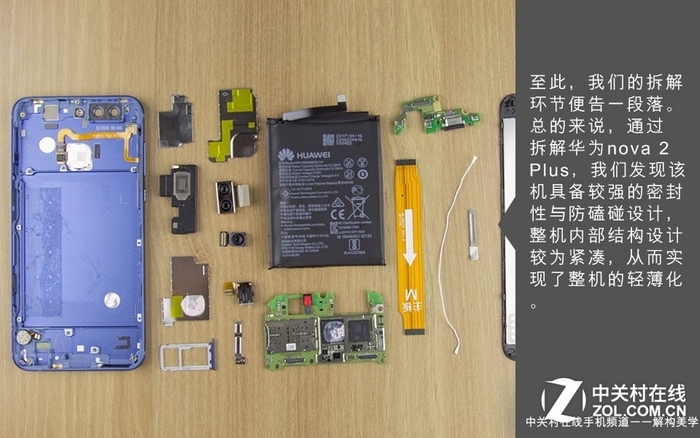