In this guide, I will disassemble a Razer Blade 15 2018. I will remove the bottom case in order to access the battery, SSD, Wi-Fi card, RAM, cooling fan, speaker, heatsink, and motherboard.

I believe that you, like me, choose the Razer Blade 15 2018, in order to pursue the ultimate, whether it is performance, appearance, battery life, heat dissipation, portable, I hope that the Razer Blade 15 is the best. This new mold, Razer design is good enough to blur the boundaries between the game laptop and the ultrabook, to ensure the ultimate performance and relatively good heat dissipation. However, there are still some places. For us, it is possible to make some changes and let the Razer Blade 15 become more strong. The following is the most detailed introduction in several aspects. I believe you just follow me step by step. You can successfully disassemble it and upgrade hardware. 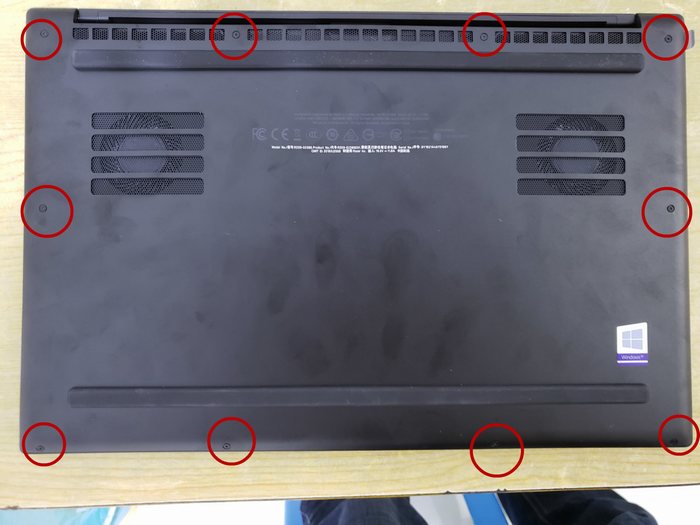 In order not to damage the hardware, you need to disconnect the battery connector from the motherboard before you touch the internal components with your hands. 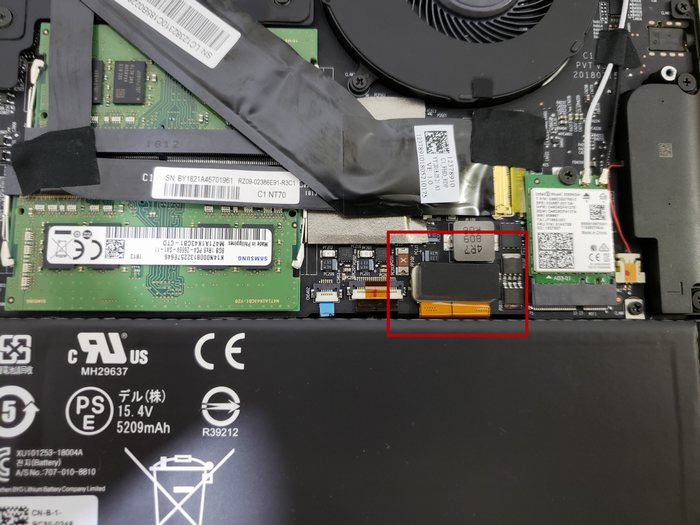 After disconnecting the battery cable, we can start to remove the internal components.
As shown in the picture, from top to bottom, from left to right, white is two fans, pink is the heatsink, yellow is the speaker, red is the M.2 SSD, purple is the south bridge chip, blue is the memory, green is wireless network cards, black is the battery. 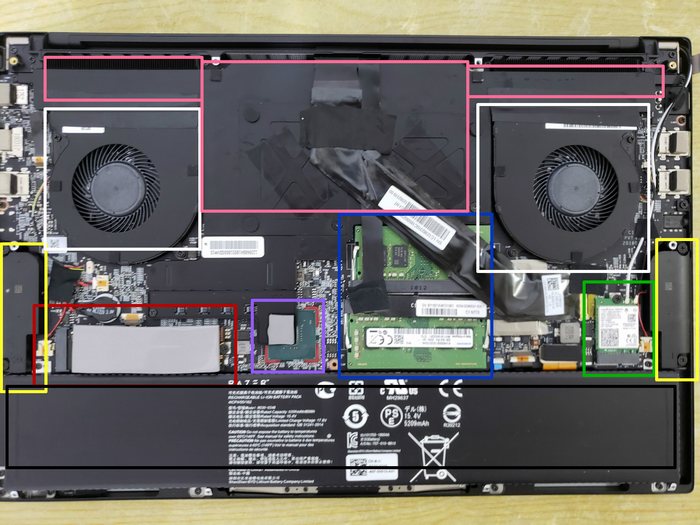 Remove a screw that secures the SSD and removes the SSD. 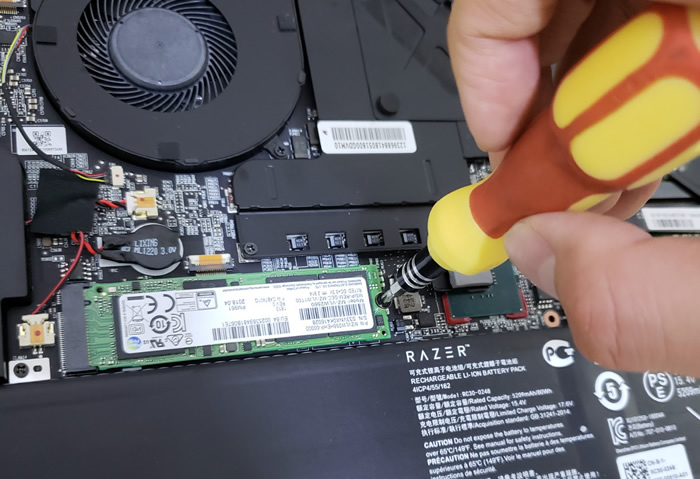 This laptop is equipped with a 256GB Samsung PM961 M.2 SSD that supports the NVMe protocol. 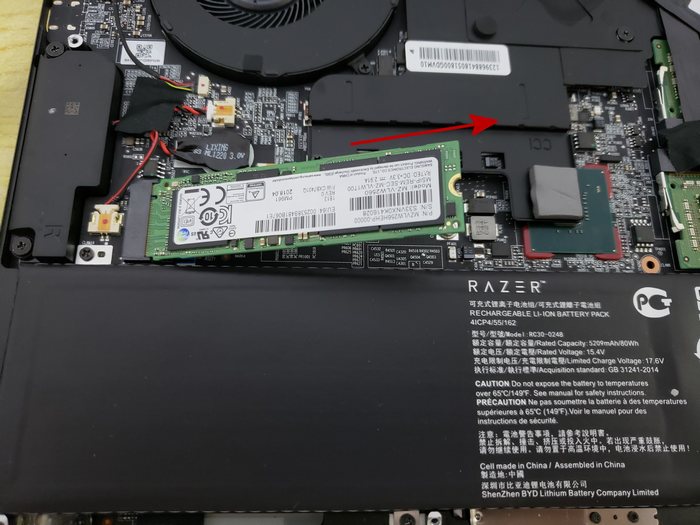 After opening the back cover, you need to disconnect the LCD cable and the logo light cable to replace the memory.
Uncover the tape that securing the LCD cable. Pay attention to the uniform force when uncovering, and slowly uncover it, so as not to loosen the small capacitor below because of too much force.

Next, disconnect the LOGO LED light cable from the motherboard. 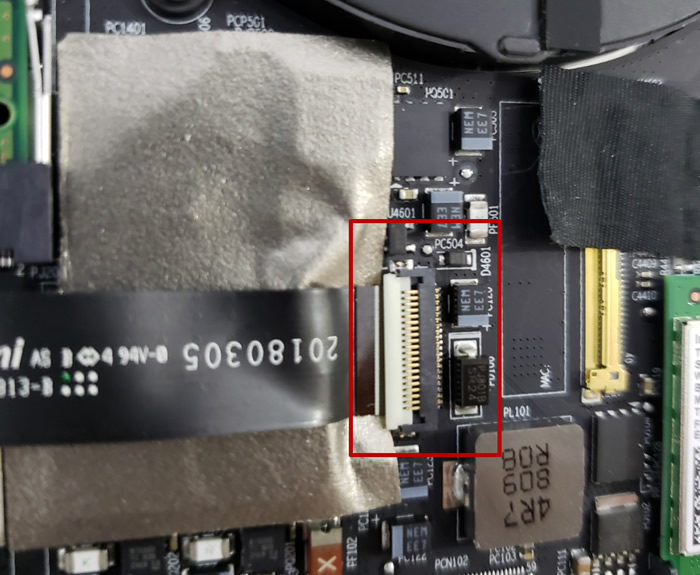 Then you need to uncover several tapes that secure the cable on the memory.
The method of fixing the cable with tape seems to be very unprofessional. We have disassembled several Razer notebooks and can see a lot of tape inside it. 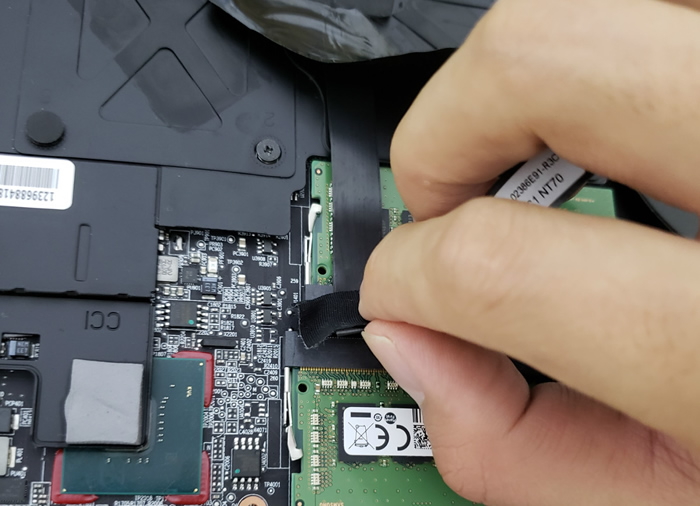 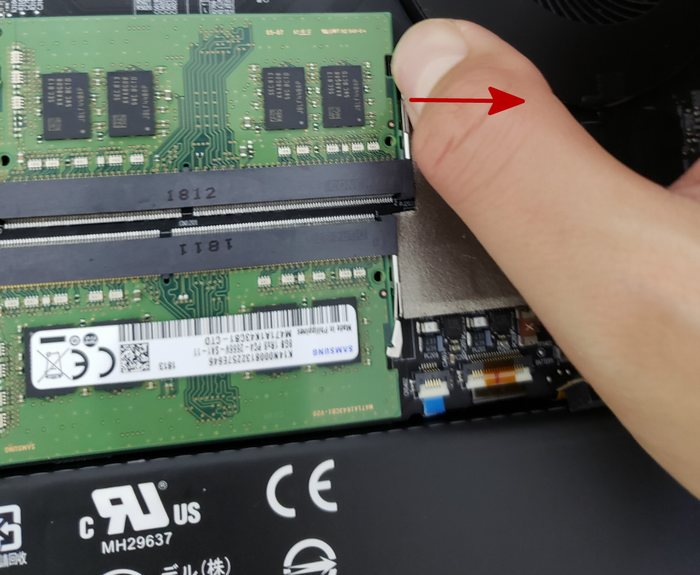 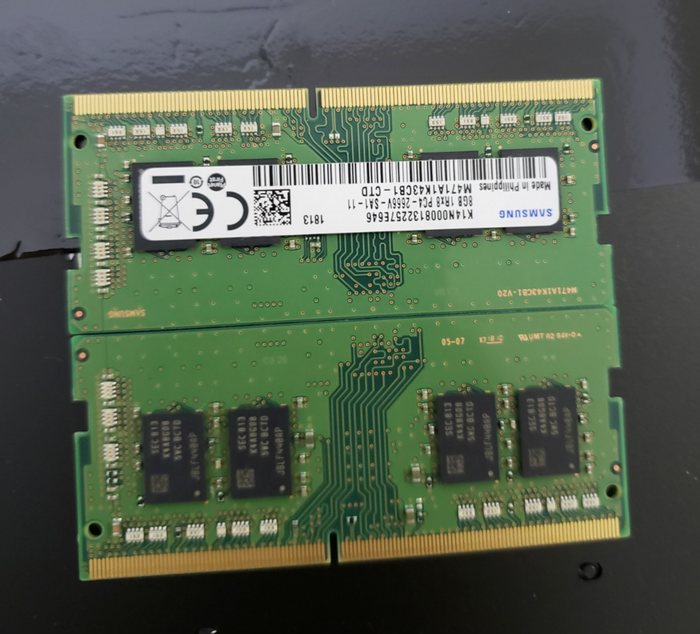 Remove all screws that secure the heat sink. 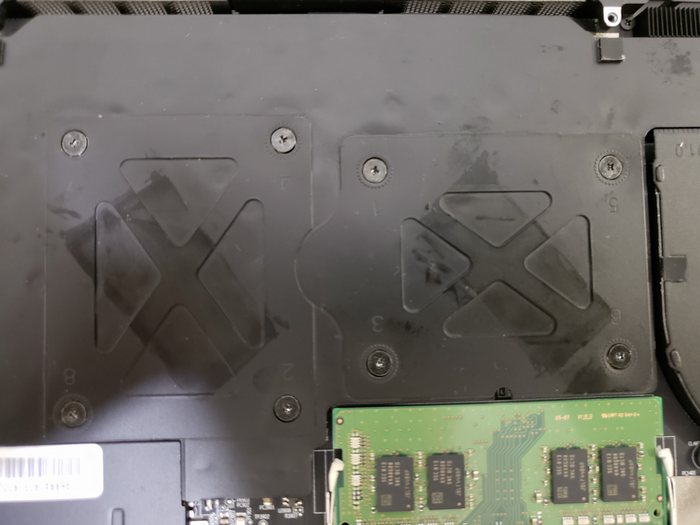 Under the heatsink, you can access the CPU and GPU, as well as the CPU power supply chip and GPU memory chip. 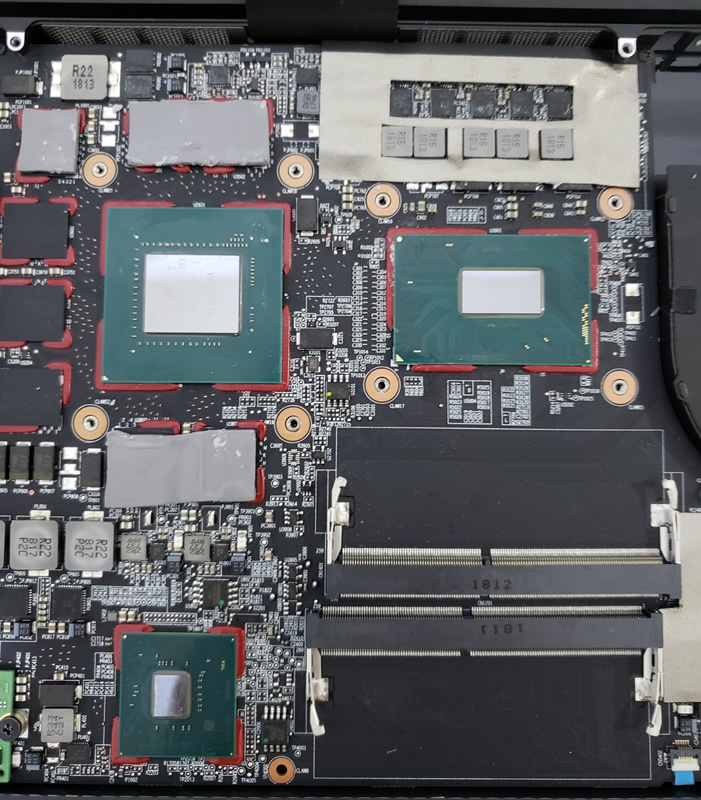 This is the cooling fan for CPU and GPU. It can be seen that they are not the same, all of them from FCN. 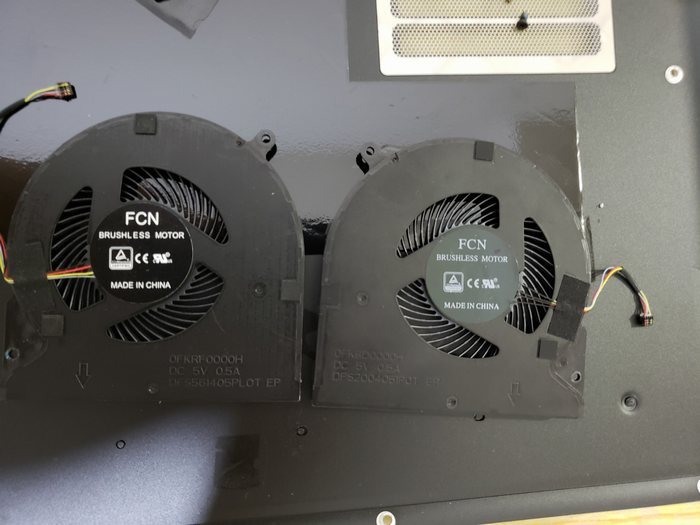 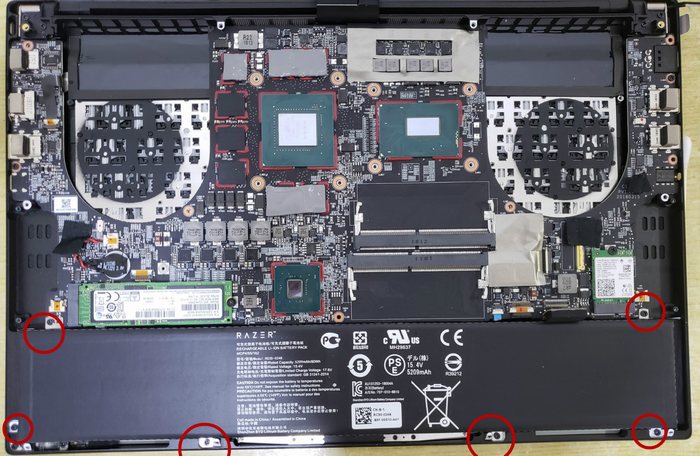 This laptop is equipped with a 15.4V, 5209mAh Li-ion battery, and the battery is manufactured by BYD. 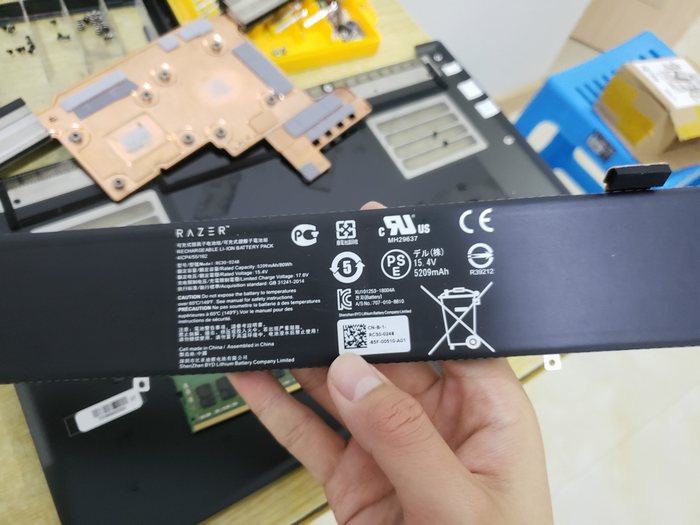