In this guide, I will disassemble an Asus ROG Strix Scar II GL504GS. I will remove the bottom case to access the battery, SSD, Wi-Fi card, RAM, cooling fan, speaker, heatsink, and motherboard.

At the Computex 2018 show, Asus ROG brought the latest members – Scar II, to inject more powerful blood into the high-end gaming laptop market. Today we bring you its disassembly experience.

Unfortunately, the USB Type-C does not support Thunderbolt 3, which means it can’t connect to the external graphics docking station. In the future, it can only rely on built-in GTX1060/GTX1070 to play games. For a game laptop with a price of over $2000, the lack of Thunderbolt 3 is the biggest regret.

It is not difficult to disassemble the Asus ROG Strix Scar II GL504GS. Unscrew all the screws that secure the bottom case and use the plastic picks to pry it along the edge of the bottom case. However, the screws of this product have different length specifications, so you should remember their corresponding installation position. 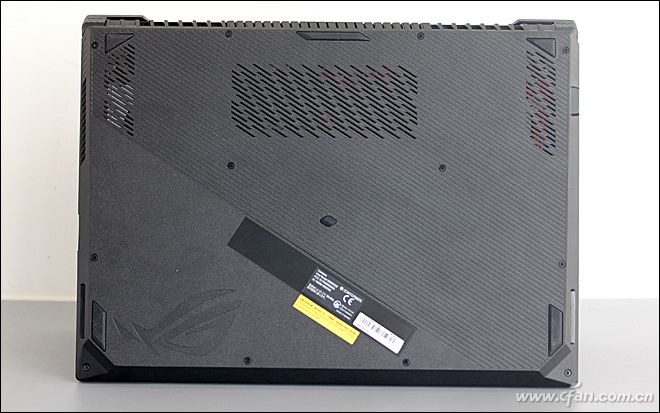 We removed a total of 10 screws, and two screws are relatively short. 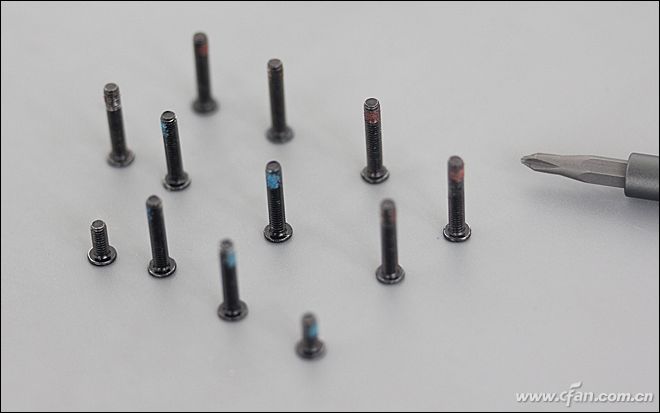 Asus ROG Strix GL504GS uses a red PCB motherboard that is rare in notebooks. The motherboard occupies most of the internal space, leaving only a small part of the lower right corner of the 66Wh battery. 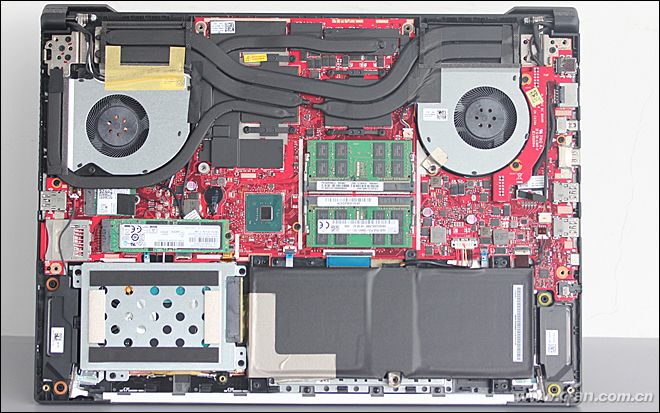 This product comes with two memory slots, and this one has two 16 GB memory, so there’s no need to upgrade anymore. 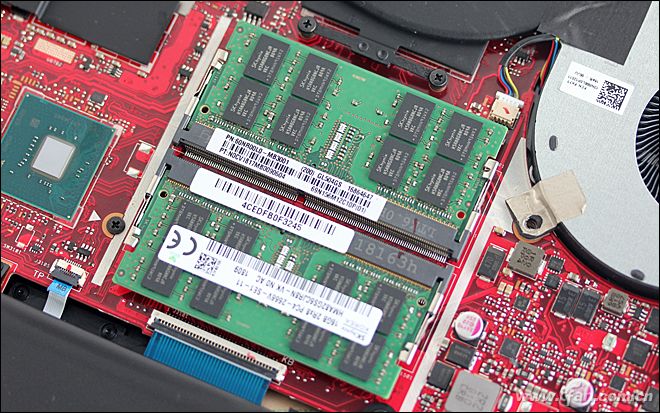 Here is a standard 1TB mechanical hard disk, which is fixed by a bracket, with better protection and earthquake resistance. 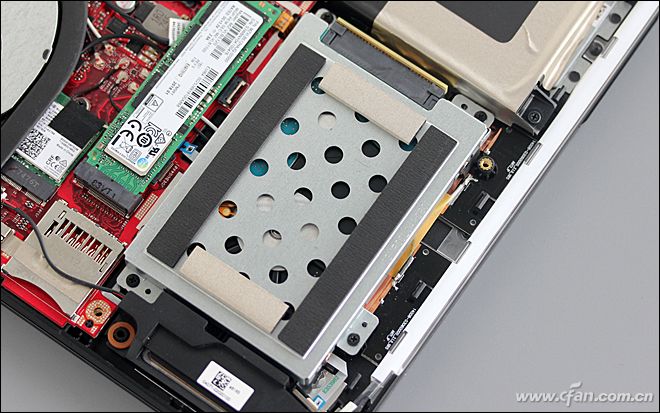 The 3.5W speakers on both sides of the fuselage are large enough to ensure volume and sound quality. 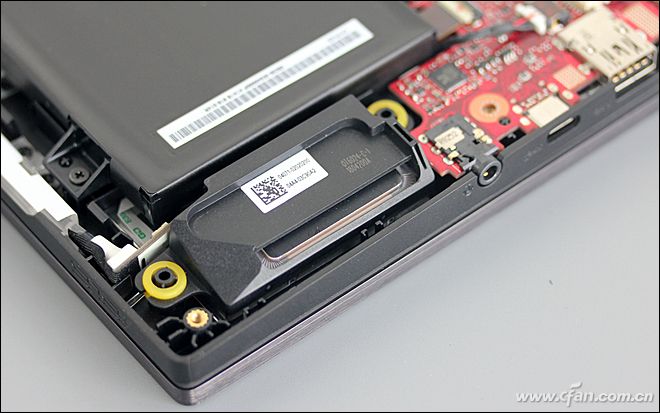 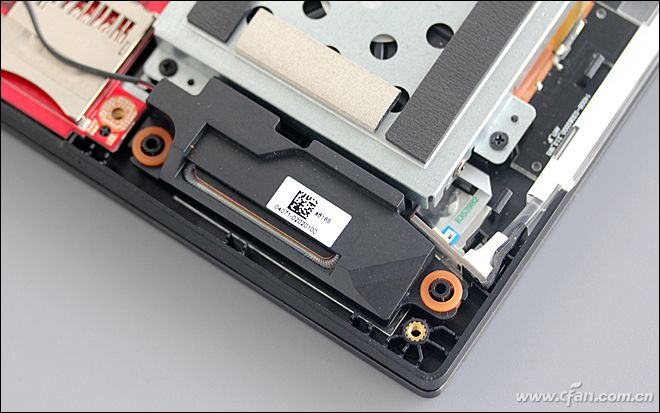 It comes with a Samsung PM981 M.2 SSD that supports the NVMe protocol, and it is one of the top models in the SSD. Below the SSD is the Intel 9560AC wireless network card, it featuring a 4-antenna design and Rangeboost patented technology, support Bluetooth 5.0, 802.11ac WAVE 2 and MU MIMO technology, with a maximum bandwidth of 1733MB/Mbps. 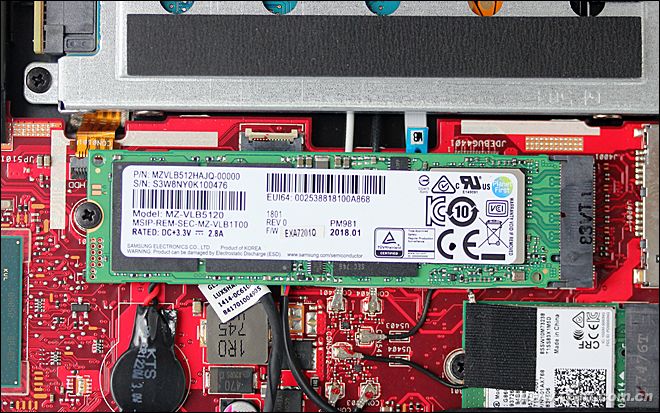 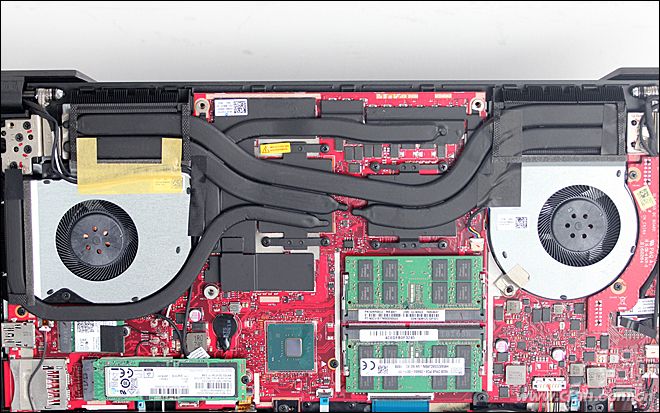 Don’t underestimate the cooling fan of ROG Strix GL504GS, its two sets of fans use 12V voltage and 7271 blades, which has more airflow than many 5V fans used in the game laptop. The special centrifugal fan structure can also blow the dust and dirt in the fan module along the fan blade, and then discharges it to the casing through the dustproof channel to provide the better dustproof effect. 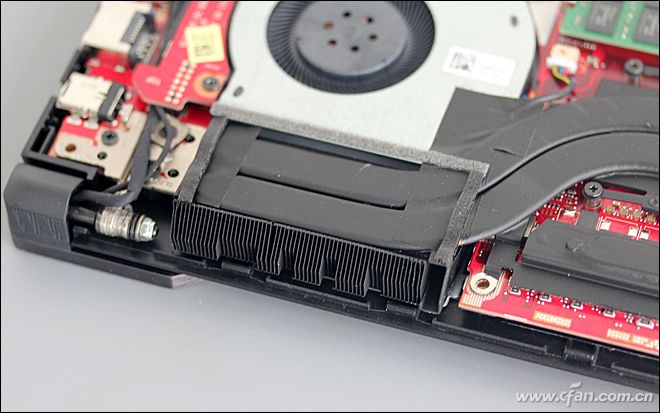 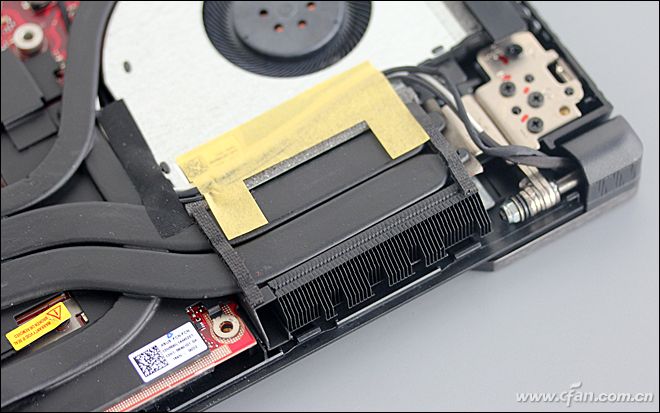